Bulverde Bracken Christian gets the best of OLH, 61-53

The Hawks Nest was filled with fans from Our Lady of the Hills and Bulverde Bracken Christian Friday night. Read more

ROCKPORT — The Kerrville Tivy Lady Antlers are competing at a three-day basketball tournament in South Texas through Saturday. Read more

SAN MARCOS - The Tivy Antlers hit a roadblock against the San Marcos Rattlers on the road Friday night, 70-38. Read more

ROCKPORT - The Kerrville Tivy Lady Antlers are competing at a three-day basketball tournament in South Texas through Saturday. Read more

According to a press release posted by the Southern Collegiate Athletic Conference (SCAC), Demauria Miles, a first-year guard for the Schreiner University Women’s Basketball team  from Little Elm, Texas has been named the SCAC Women’s Basketball Player-of-the-Week for games played from Monda… Read more

The scoreboard is not a good indication of how tight the Highway 27 battle between Comfort and Center Point was Tuesday night in basketball action at the Comfort gymnasium. Read more

CENTER POINT — The Comfort Deer earned bragging rights against the Center Point Lady Pirates, 68-40, Tuesday night in a battle between two schools that are separated by less than 10 miles. Read more

We're always interested in hearing about news in our community. Let us know what's going on!

Indianapolis gets in sync with 31-3 victory over Houston

FRISCO, Texas (AP) — The Dallas Cowboys are releasing linebacker Jaylon Smith in what could be considered a cost-cutting move because of a guaranteed salary next season in the case of an injury.

According to a press release posted by the Southern Collegiate Athletic Conference (SCAC), Demauria Miles, a first-year guard for the Schreiner University Women’s Basketball team  from Little Elm, Texas has been named the SCAC Women’s Basketball Player-of-the-Week for games played from Monda… 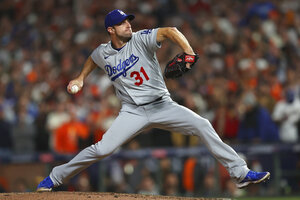 The person spoke on condition of anonymity because the agreement is subject to a successful physical.

The $43.33 million average salary is 20% higher than the previous mark, the $36 million Yankees pitcher Gerrit Cole is averaging in his $324 million, nine-year contract with New York.

Scherzer would have the right to opt out after the 2023 season to become a free agent once again. Scherzer also receives a full no-trade provision, requiring his approval for any deals. The agreement also includes award bonuses.

Scherzer lives in West Palm Beach, Florida, about an hour's drive from the Mets spring training complex in Port St. Lucie. He was planning to take a physical Monday that is needed for the deal to be completed.

A three-time Cy Young Award winner and eight-time All-Star, the 37-year-old right-hander was 15-4 with a 2.46 ERA last season for the Washington Nationals and Los Angeles Dodgers, who acquired him on July 30. He struck out 236 and walked 36 in 179 1/3 innings, averaging 94.4 mph with his fastball in the final season of a $210 million, seven-year contract that included $105 million in deferred money payable from 2022-28.

A workhorse who helped the Nationals win the 2019 World Series title, Scherzer won the AL Cy Young in 2013 and consecutive NL Cy Youngs in 2016 and 2017. He finished third in this year's voting behind Milwaukee's Corbin Burnes and Philadelphia's Zack Wheeler.

He has pitched a pair of no-hitters, in 2015 against Pittsburgh and at the Mets.

The Mets had baseball's third-highest payroll on Aug. 31 at $196 million, trailing the Dodgers ($261 million) and Yankees ($204 million), They could emerge as the top spender following their first full offseason under owner Steven Cohen, who bought the team in November 2020 from the Wilpon and Katz families in a deal that valued the Mets at a baseball-record $2.42 billion.

As baseball heads to a likely lockout when the collective bargaining agreement expires Wednesday night, Scherzer is a member of the union's eight-player executive subcommittee.

His agreement, like Cole's, was negotiated by agent Scott Boras.

HOUSTON (AP) — Houston manager Dusty Baker appreciates his stars, but this time of year — perhaps more than ever — he's also a big fan of his role players.