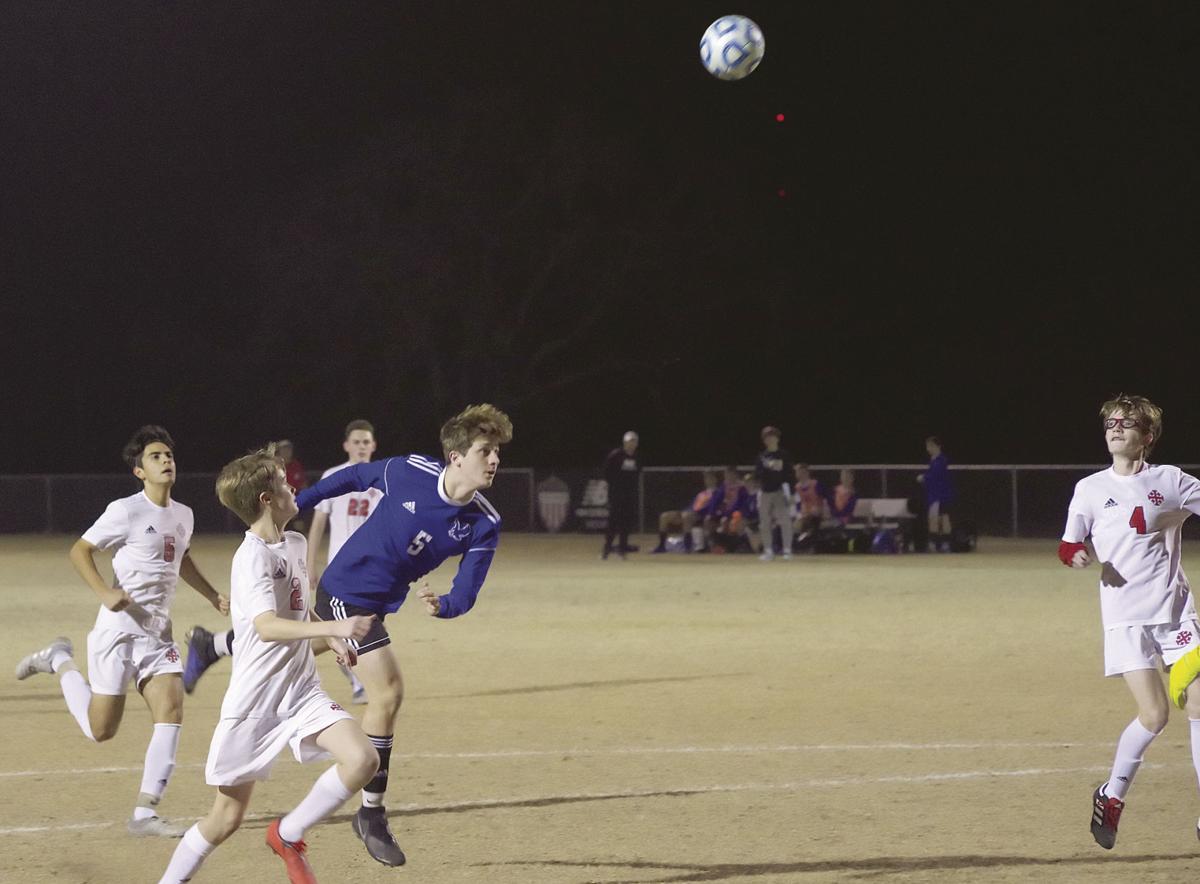 Stephen Grocki watch his header sail towards the goal. 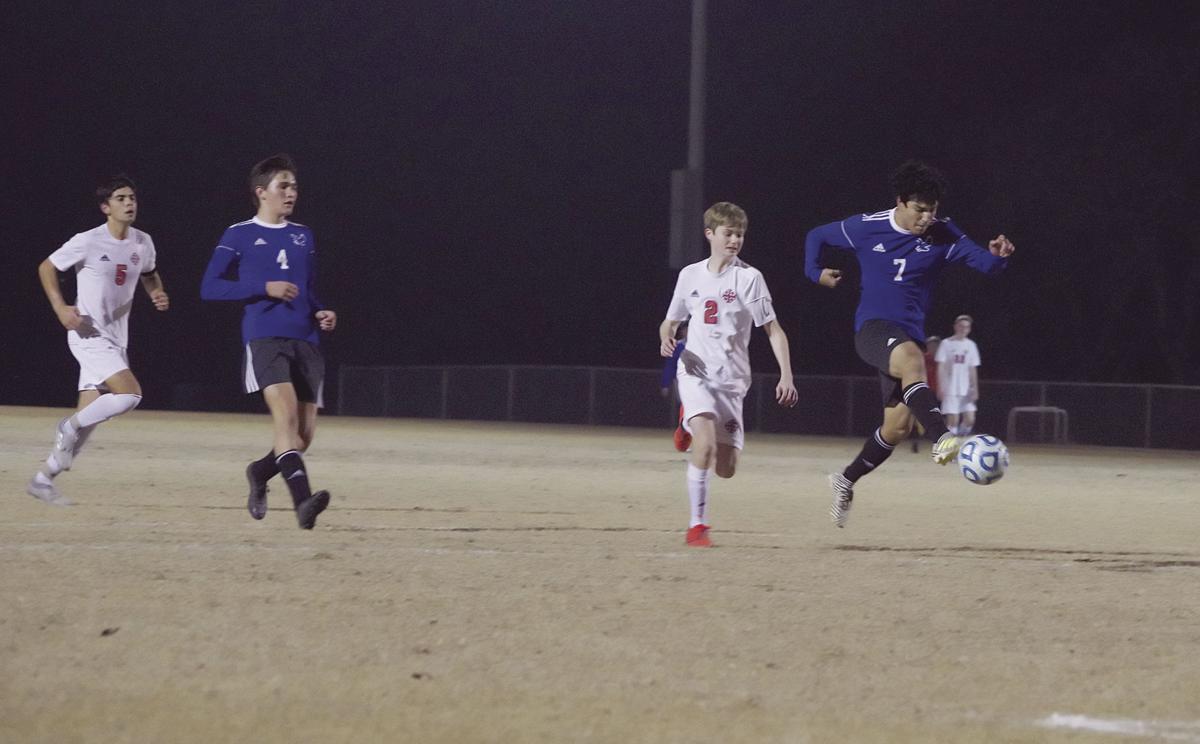 Brian Casillas fires the second goal of the half. 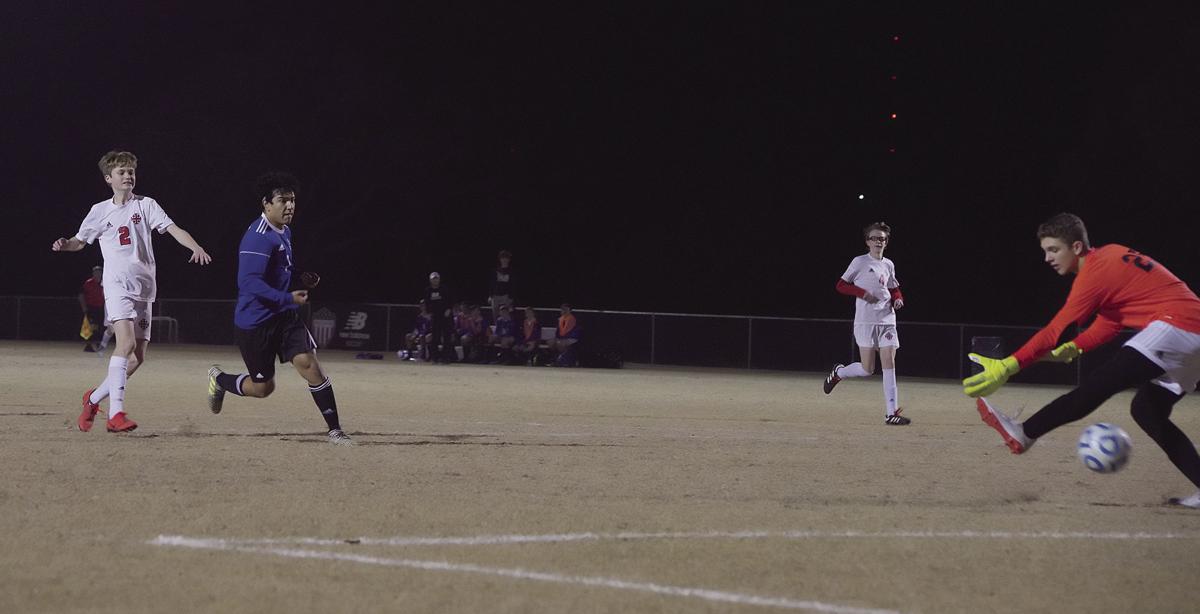 Brian Casillas watches as the second goal of the half passes the gloves of the keeper. 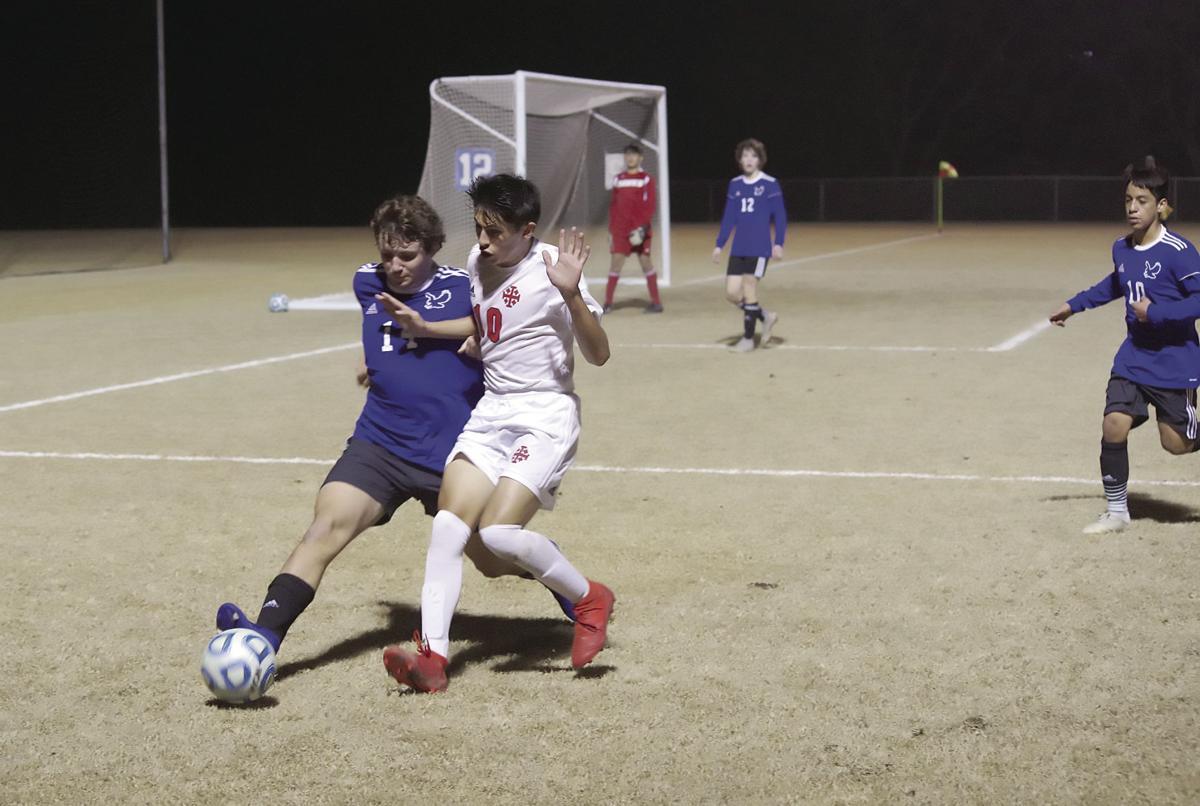 Cody Davis defends his goal in the first half.

Stephen Grocki watch his header sail towards the goal.

Brian Casillas fires the second goal of the half.

Brian Casillas watches as the second goal of the half passes the gloves of the keeper.

Cody Davis defends his goal in the first half.

During halftime, coach Garret Kull issued a challenge to his OLH soccer boys.

Senior striker Brian Casillas’ two goals had given the Hawks a one-goal lead, but for the most part, both teams appeared to be evenly matched during the first 40 minutes. Kull, then, encouraged his playersto be the most passionate team on the pitch during the final 40 minutes of Monday’s TAPPS District 5-Div. III match.

His message was received. The Hawks dominated the second half, scoring three unanswered goals to cruise to a 5-1 win over San Antonio Atonement.

“You saw a team that came out (in the second half) that was very hungry,” Kull said. “I think that comes down to our leadership. We had a lot of underclassmen step up and take a little bit of burden from the captains.

“I’m excited to see if we can continue to hit our potential. Right now, the biggest problem we have has just been an inconsistency across the board.”

The Hawks (5-5, 5-4) were consistently strong during the final 40 minutes. Casillas gave his team some separation when he scored his third goal midway through the second half. The onslaught continued from there. Stephen Grocki netted a goal, and Ezequiel Barrientos punctuated the win by dispatching the ball into the upper left corner of the goal.

The Hawks will try to keep rolling on Thursday at John Paul II.