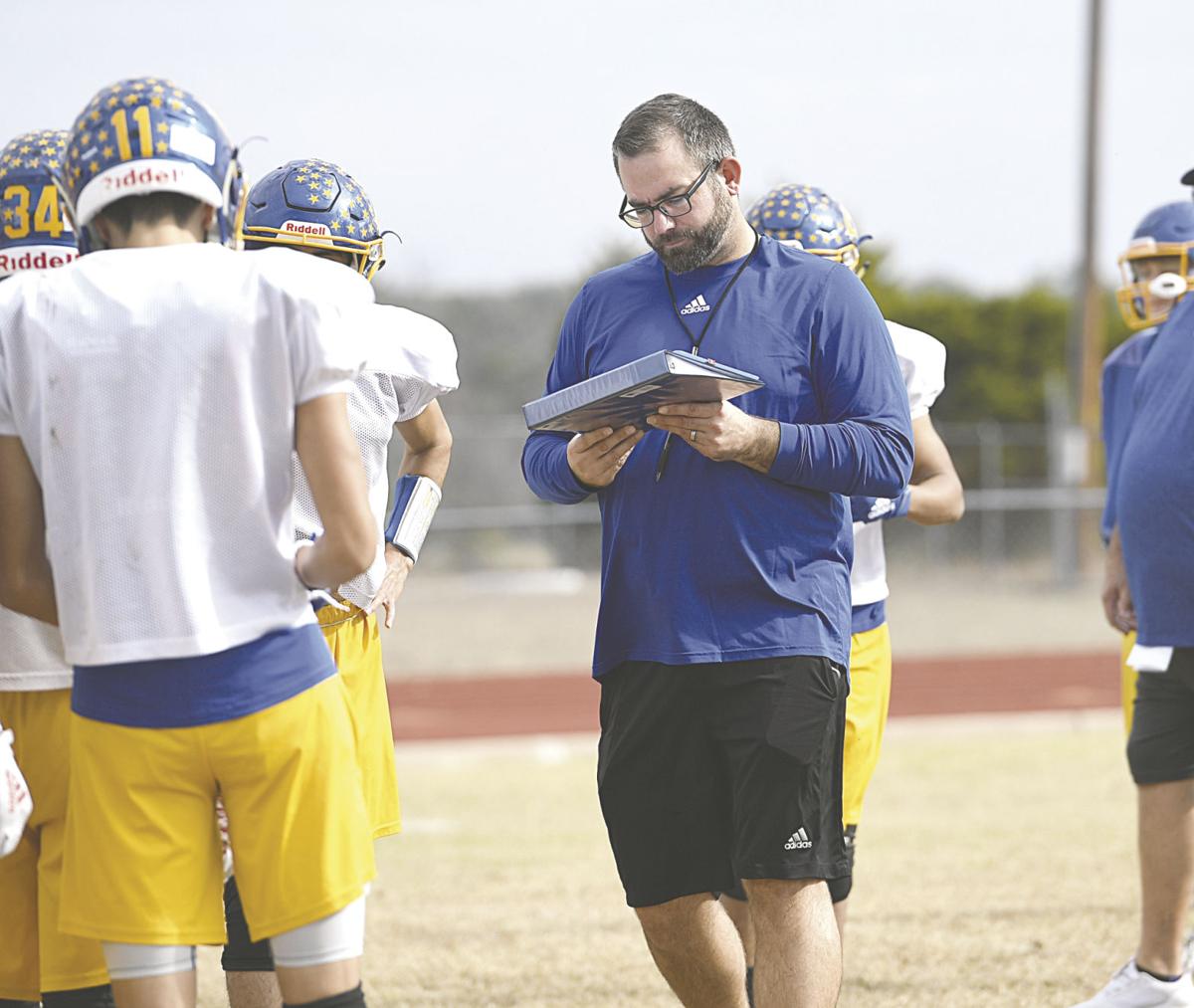 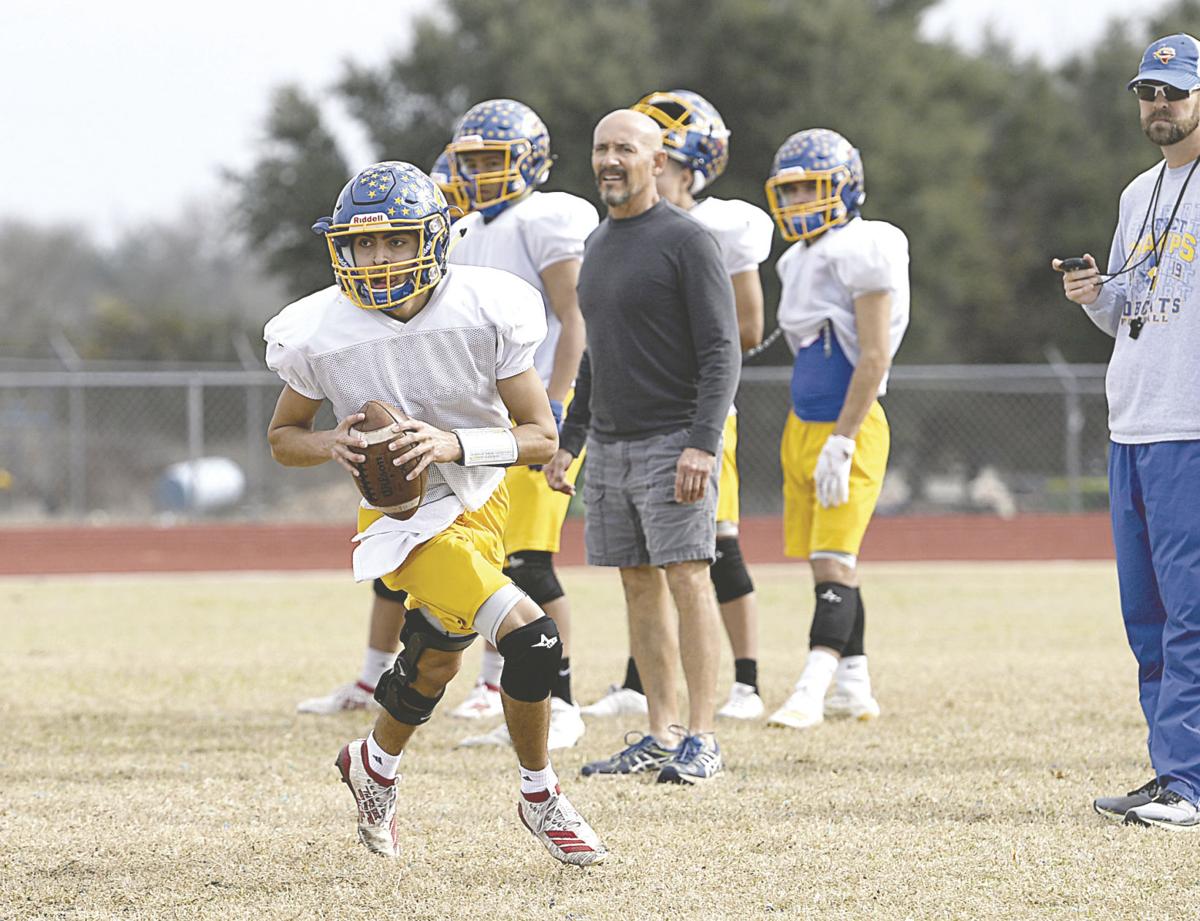 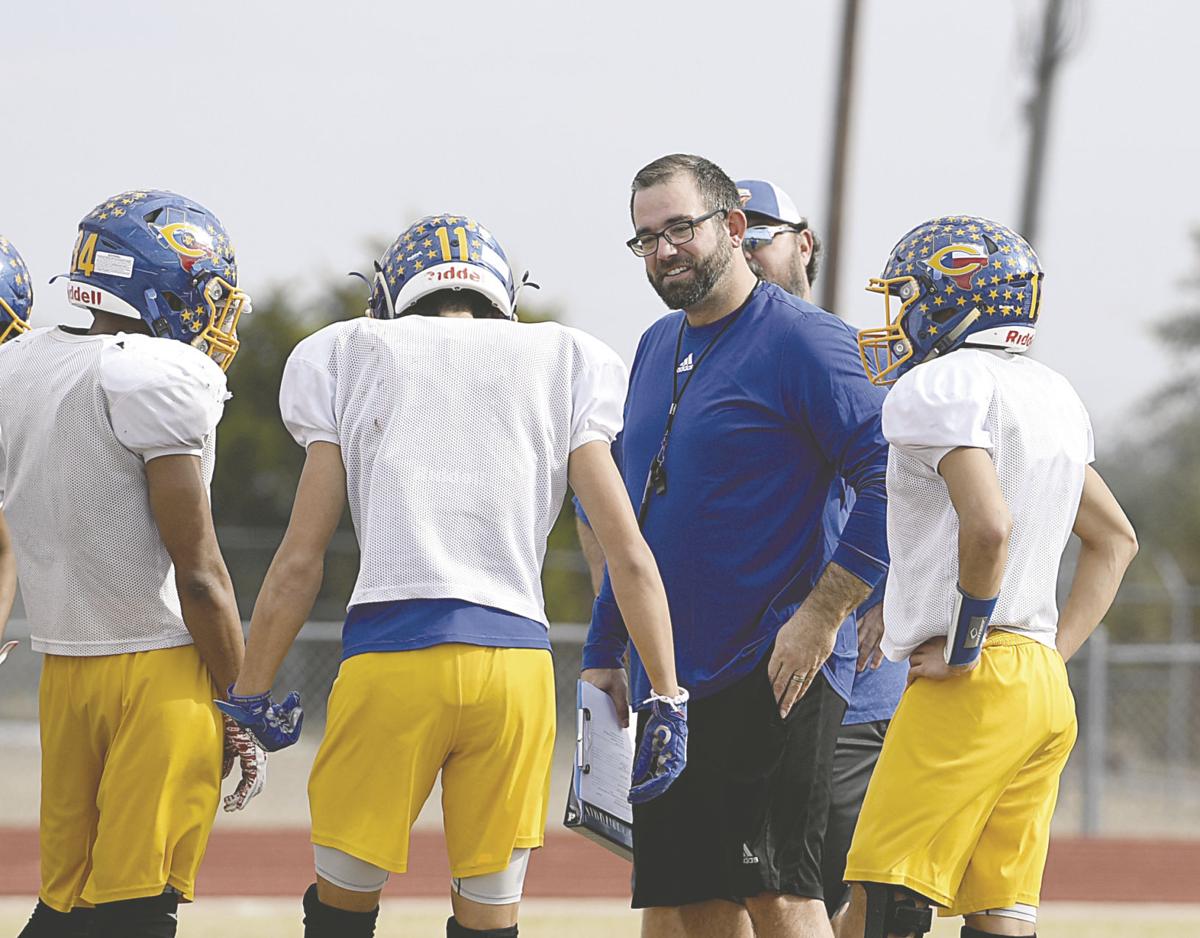 Brandon Easterly began most of his mornings in January by turning on the heater in the team weight room.

The second-year Comfort football coach usually arrived at the high school at 6:30 a.m. every morning to lead voluntary team workouts. At this time of the day, the weight room was so cold that frost had collected on the heater. Still, Easterly was always cheery, thrilled about the upcoming season still seven months away.

On the surface, there weren’t too many reasons to be excited about Comfort football. The Bobcats finished the 2018 season with a 2-7 record and had missed the postseason for the second straight year. Easterly, though, knew during those cold January workouts that his program was on the verge of experiencing a breakthrough. The Bobcats were returning 17 starters for the 2019 season. If they continued to grow stronger in the weight room, if they were competitive during their 7-on-7 games during the summer, if they continued to grow closer as a team — if they did all those things — Easterly knew his team could be special in the fall.

“When you get up early in the morning and see guys who put time and effort into everything, you think, ‘Hey, we have a chance,’” Easterly said.

The Bobcats ultimately capitalized on that chance. Currently, they are in the midst of a historic season. They won their first outright district since 2006, captured their first 10-win season since that year and will play football after Thanksgiving for the first time since 2009. They’ve won with a balanced offensive, averaging 199 yards per game on the ground and 124 through the air. And they’ve been relentless defensively, limiting their opposition to 215.7 yards and 14.3 points per game.

Comfort (10-2) will try to continue the dream season in the regional semifinals against East Bernard (12-0) on Friday in Bastrop.

“I have been playing football for 13 years and nothing has compared to this season,” said senior running back Zachary Vilo, who has savaged opponents for 1,072 yards and 12 touchdowns this season. “The connection that I have with this team — it’s nothing like I’ve ever had before. It’s a lot of fun.

We had a bad season last year that ended early, so we went right to the weight room. … We worked hard for this.”

And that labor ultimately explains how these Bobcats were able to turn around the program so quickly, and how they laid the groundwork for continued success. They focused on the small details this off-season. They arrived on time for team workouts; they paid closer attention during film sessions and they developed habits that ensured their bodies were in peak condition on game days.

“Every single thing you do matters and builds upon itself to give yourself a chance to win games,” Easterly said. “Our combination of all of our parts is what makes us so good. Yeah, we have some individuals who are really good football players, but we play as a team in all three phases, and that helps us out.”

Before the Bobcats began preparing for their district opener against Johnson City on Oct. 11, Easterly offered his players a reminder.

“Guys, it’s championship week,” Easterly informed them. “If you want to win a district championship, you have to win this week. … Every week is the most important week.”

The statement sounds cliched; but at the same time, Easterly is familiar with the requirements of winning at a high level. Before he became Comfort’s athletic director in 2018, he was the defensive coordinator of the Texarkana Pleasant Grove team that won the 2017 Class 4A Div. II state title. He knows that championship-caliber teams win most of their games before they even kick off; that’s why he’s always searching for ways to give his team an advantage on game days.

For example, He’s even introduced a scheduled nap time into Comfort’s weekly routine. On game days, the Bobcats rest in the locker room for 1 to 2 hours so they are well-rested for kickoff.

“We are doing everything we can to prepare them,” Easterly emphasized.

And it’s worked. All those offseason workouts; all those pregame naps have helped Comfort dominate in the second half this season, as the Bobcats have outscored their competition, 171-95, in the final two quarters

Easterly attributed the strong second-half performances to his players being built to compete for 48 minutes.

“We would like to start a little faster,” said Easterly, laughing. “At halftime, the guys will come in during a close game and start saying, ‘We are a second-half team.’ I’m like, ‘Let’s be a first-half team, too, so we can have a little less stress and lower blood pressure.’ … But we wear on (opponents). At the end of games, we are still in pretty good shape to go and make plays.”

Neither Alan Hernandez nor Coltyn Barraza had played football in years; basketball was their main sport.

Easterly, though, knew both players could help his team in the fall. But he never mentioned football to them when he attended Comfort basketball games. He wanted to get to know them before he tried convincing them to give football another chance.

But as soon as basketball season ended, Easterly aggressively recruited both.

“Guys,” Easterly said to them. “I am going to treat you like 5-star recruits.”

Both Hernandez and Barraza wanted to play for Easterly. They told him the next day they were going to play in the fall, and the Bobcats are still thankful for their decision. Hernandez has rushed for 224 yards and four touchdowns on 30 carries. Barraza has hauled in 23 receptions for 449 yards and five scores.

“I don’t think we would be here without those two guys,” Easterly said.

Why is he sharing this anecdote on Tuesday? Because he believes his coaching staff’s ability to develop relationships with the players has fueled Comfort’s success this season.

Inside his office on Tuesday, Easterly isn’t in the mood to celebrate.

He’s proud of everything his players have accomplished this season, but he’s also focused.

“It’s been a really good year,” Easterly said. “We don’t want it to be over.”

A lot of experts outside Comfort’s locker room expect it to end on Friday. East Bernard has been ranked No. 2 in Class 3A Div. II for most of the season, and has won its 12 games by an average of 34.9 points.

The Bobcats know most people are expecting the Brahmas to win, but they don’t care. They are treating this week like any other week this season -- they are trying to improve every day, expecting to have an opportunity to win on Friday.

“Coach has been saying it all week, ‘shock the state,’ Vilo said. “I’m pretty excited about Friday.”