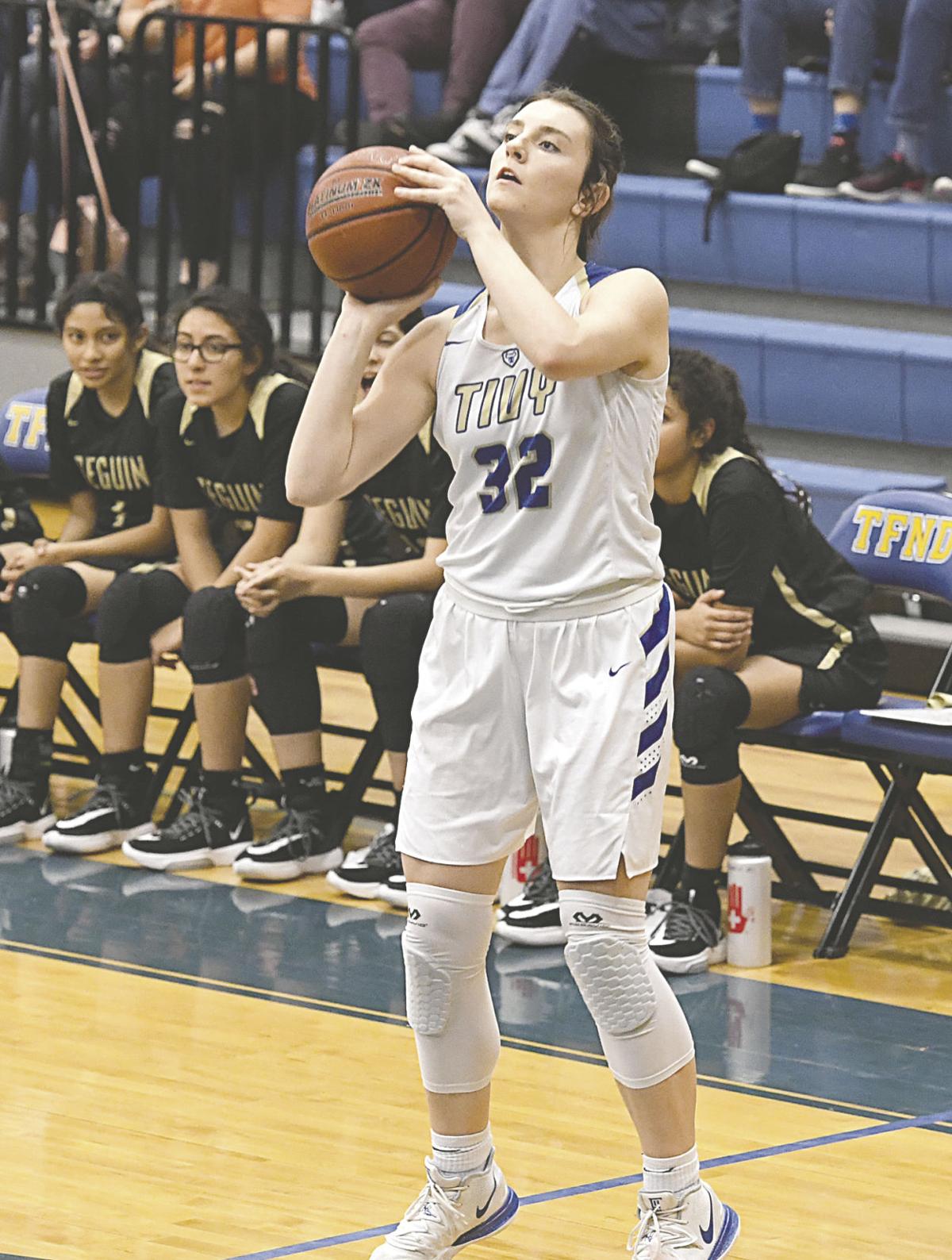 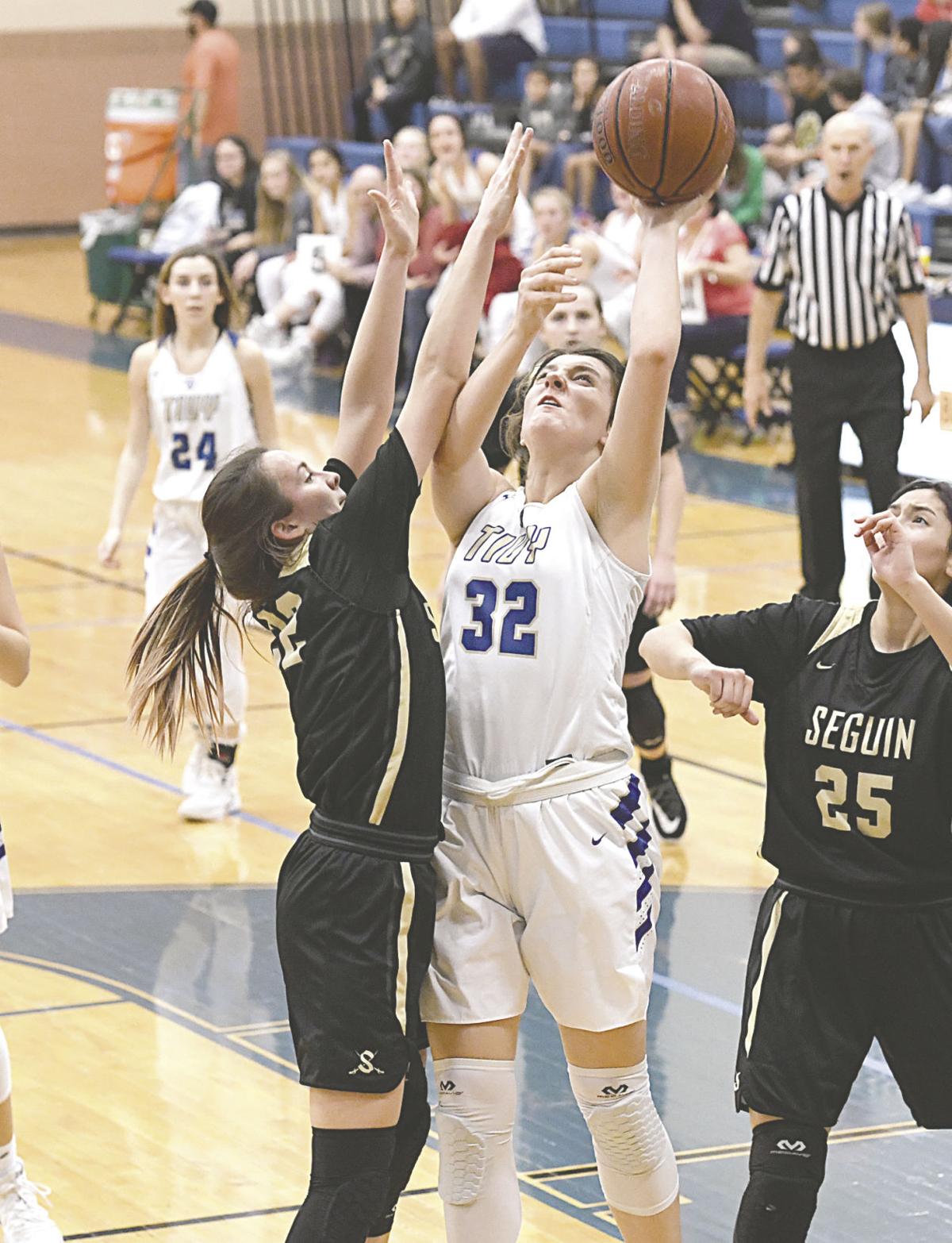 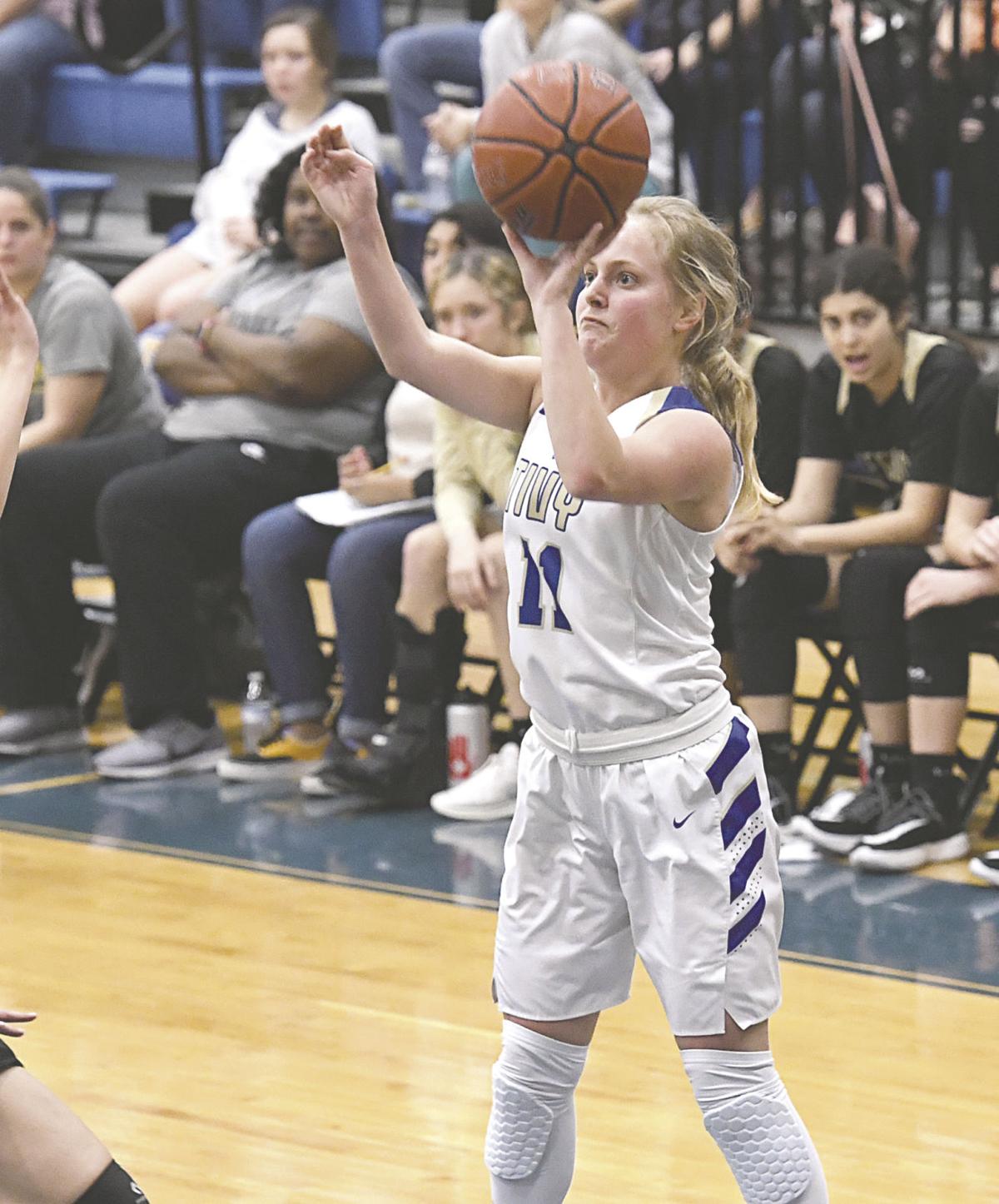 What has clicked during the last three games?

The junior forward offered a simple explanation: For several weeks, she has been laboring to improve her game — that hard work is starting to pay dividends on the court.

Way began the season on Tivy’s junior varsity squad, but wanted to eventually be a contributor on varsity. So, she worked on her post moves with Tivy’s coaches during athletic period and practice. She remained after practice to further refine her craft.

“All that repetition has made me confident in my moves,” Way said. “I am now going up without thinking about it.”

That confidence has carried over into games, as Way has scored in double figures in the last three games. On Tuesday, she registered a career-high 15 points during the Lady Antlers’ 58-37 win over Seguin at Antler Gym. Senior point guard Julia Becker and the rest of Tivy’s guards continued to feed Way in the post. Way then did her part, showcasing all the post moves she’s mastered in the last several week.

“She’s doing well,” Tivy coach Christy Dill said. “She’s getting in there and getting to the basket. She’s done a great job of sealing. And the girls are doing a great job of giving her the ball. Julia Becker is seeing the floor really well. She’s getting people in scoring situations. She makes excellent passes. They catch it and are in a spot to score.

“All the work Ashylnn is doing underneath the basket wouldn’t be noticed if Julia Becker didn’t see her and give her the ball. … Everyone is working tremendously hard to make hard cuts and find gaps, moving their feet and sealing. … (Becker) does an excellent job of setting up easy scoring opportunities.”

Then again, everyone wearing a Tivy uniform played well on Tuesday night. Dill thought the Lady Antlers (22-4, 8-1 District 26-5A) were somewhat sluggish during their 61-35 win over Harlandale last Friday, so she challenged them to increase their effort and focus for Tuesday’s contest. They succeeded in both departments. They smothered Seguin (11-18, 2-7) defensively. They forced 22 steals and deflected 10 more Seguin passes; they blocked eight shots.

Those players ensured Tuesday’s outcome was never really in doubt. The Lady Antlers raced to a 16-3 advantage in the first five minutes, and continued to build the lead from there.

“We made some errant passes; we missed some shots, but none of it was due to lack of effort,” Dill said. “The effort was definitely there tonight, so I am very proud they stepped it up in those two departments (effort and focus).

And Ashlynn Way’s growth is another positive development for the Lady Antlers. Tivy’s guards have played at a high level all season — that’s why they are currently ranked No. 12 in Class 5A. But for most of the season, they have lacked a true post.

In the last three games, however, Ashlynn Way has proven she’s more than capable of making an impact in the paint. That’s good news for the Lady Antlers as they enter the second half of district play.

“My confidence has definitely gone up, which makes me a better player,” Ashlynn Way said. “I feel like confidence is everything.”

The Tivy boys entered the fourth quarter in a good position to escape Seguin with another win. Instead, they couldn’t hold the lead, falling 52-47 to the Matadors for their second straight district loss.

Jackson Young scored 15 points; Abraham Viera finished with 12. Despite the loss, the Antlers are still third in the district standings. They will try to rebound on Tuesday against McCollum.