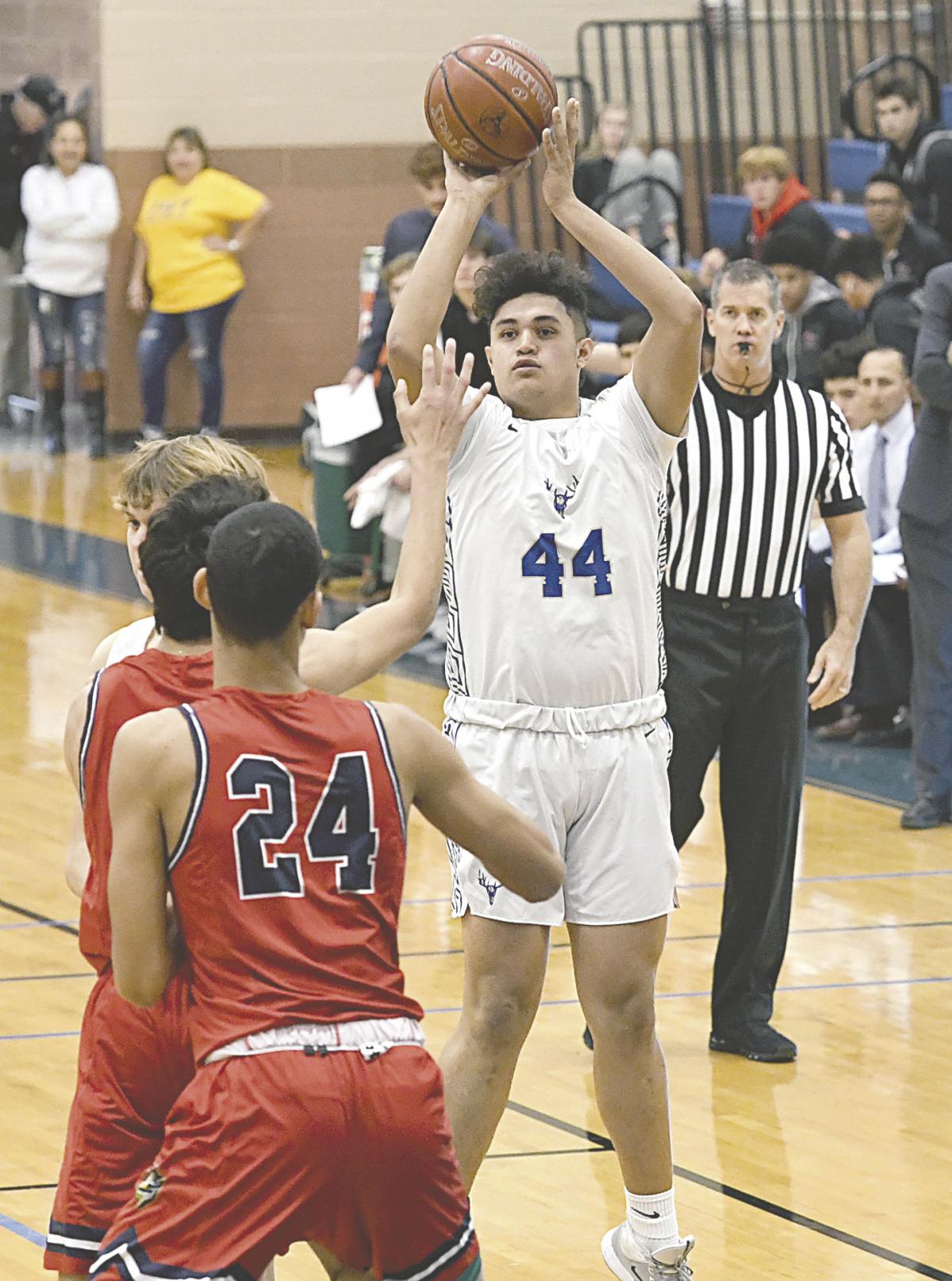 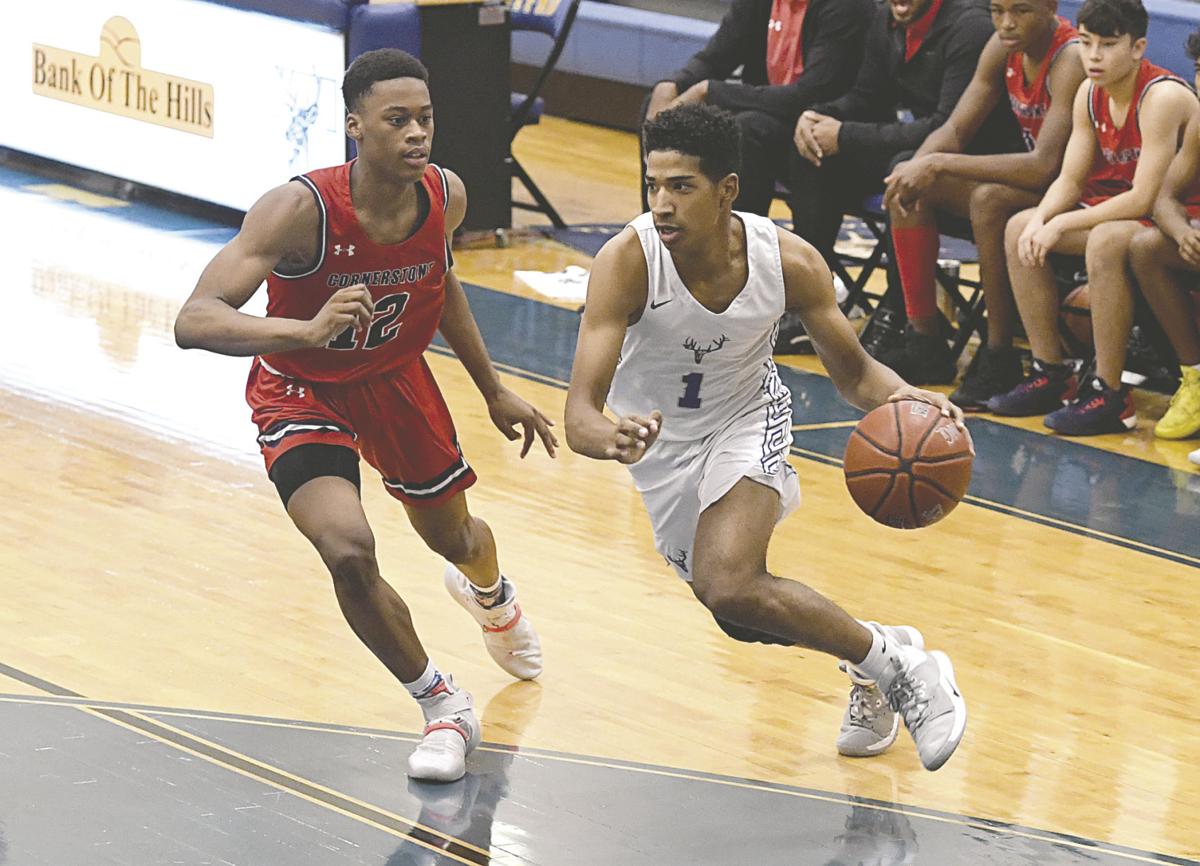 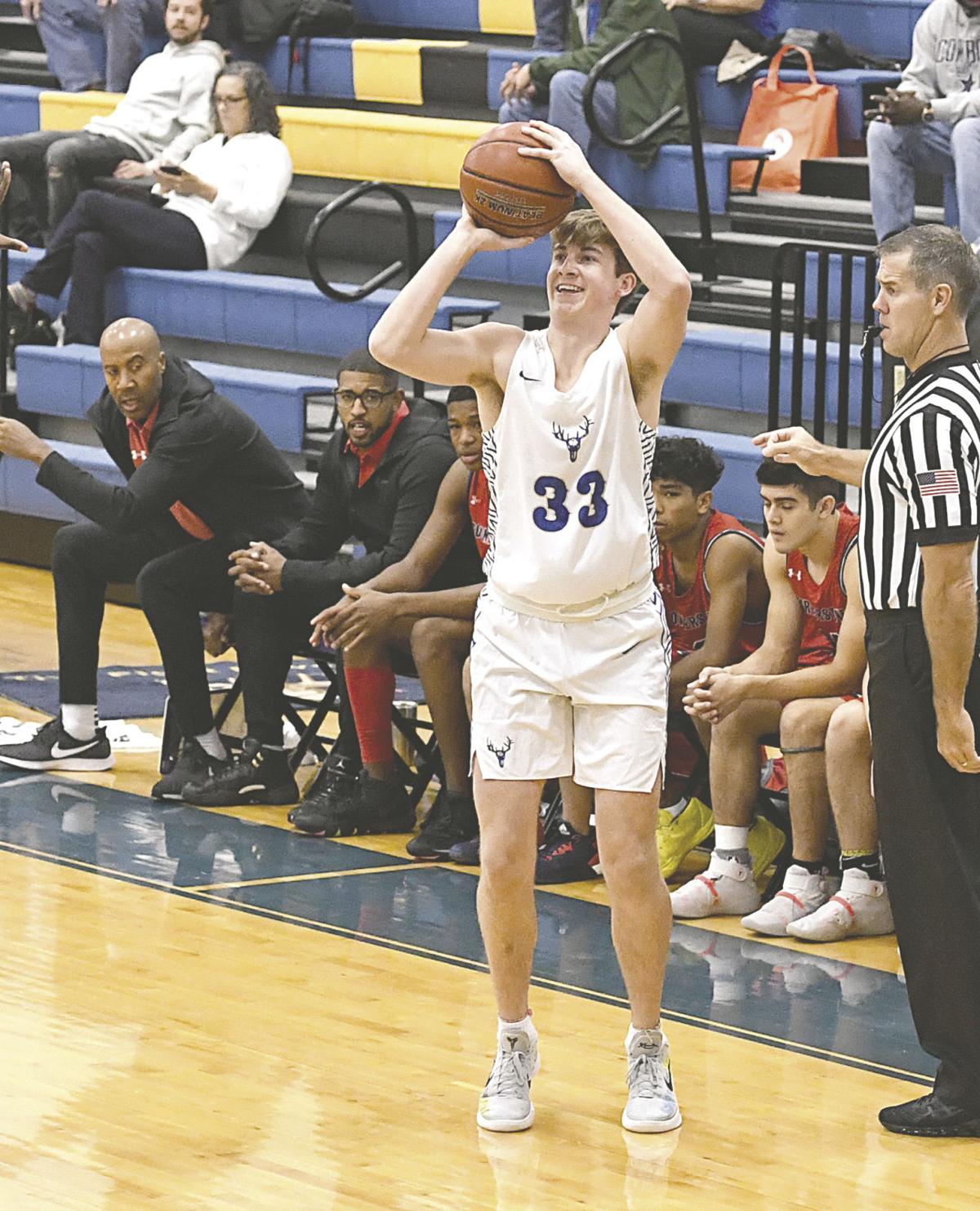 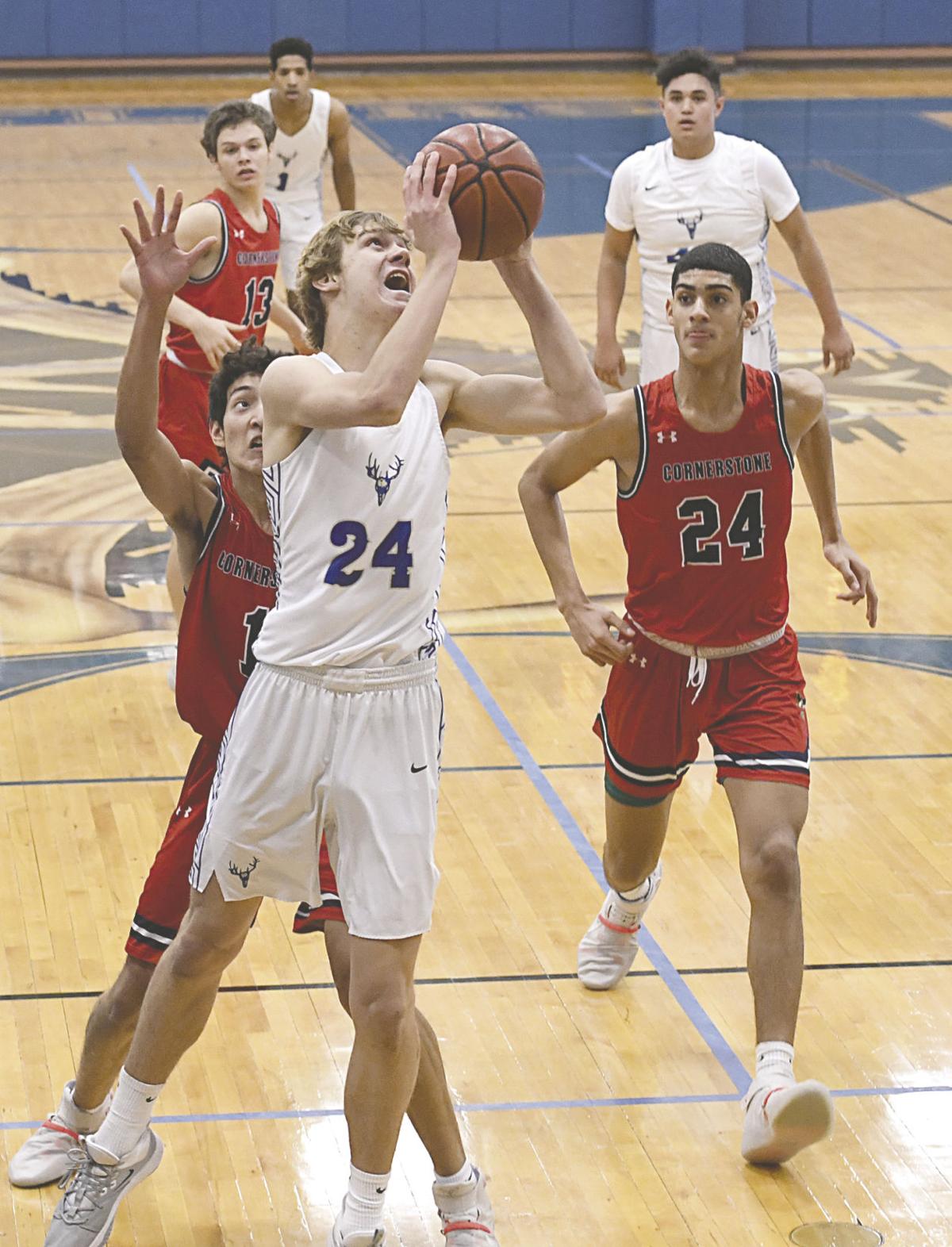 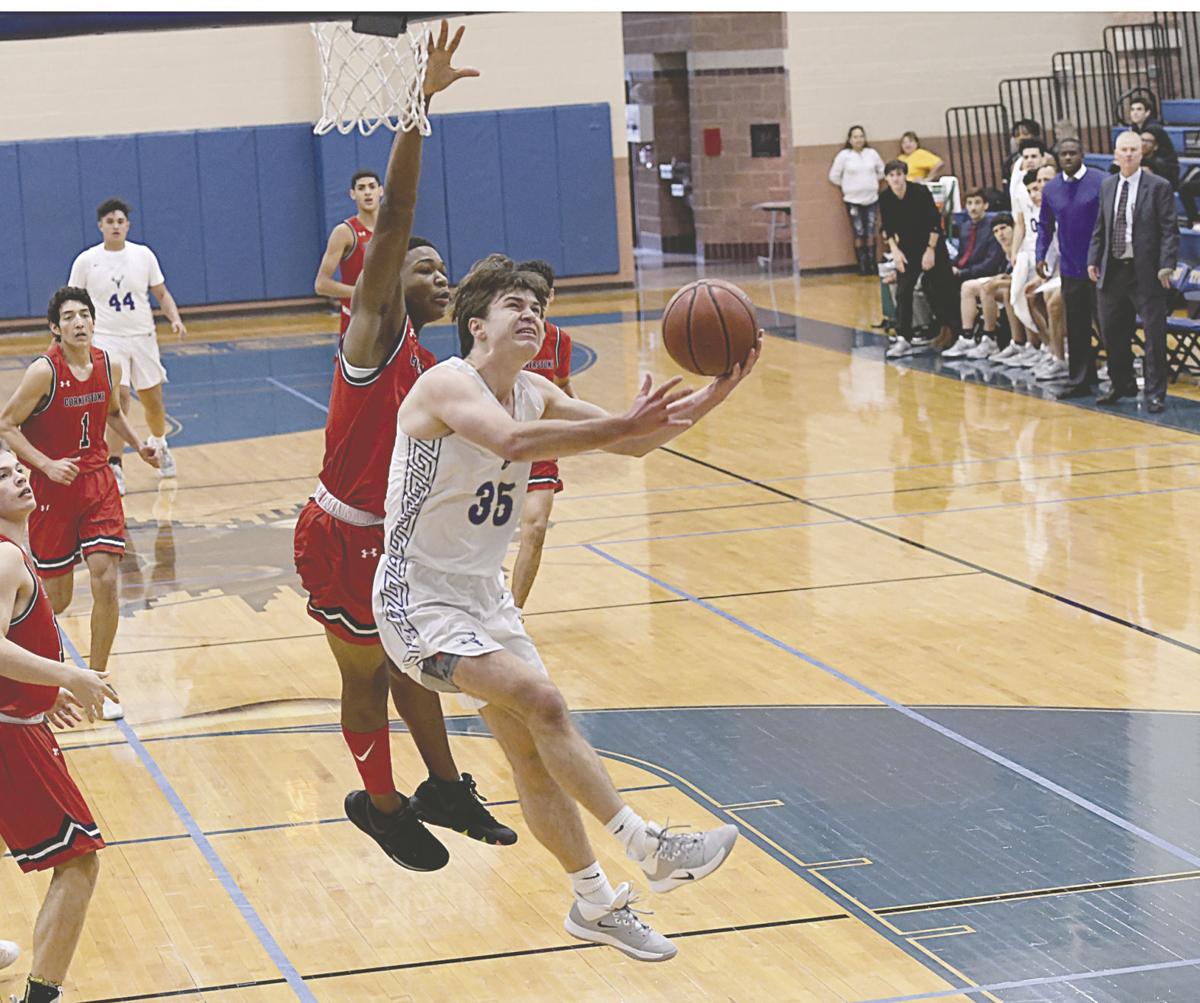 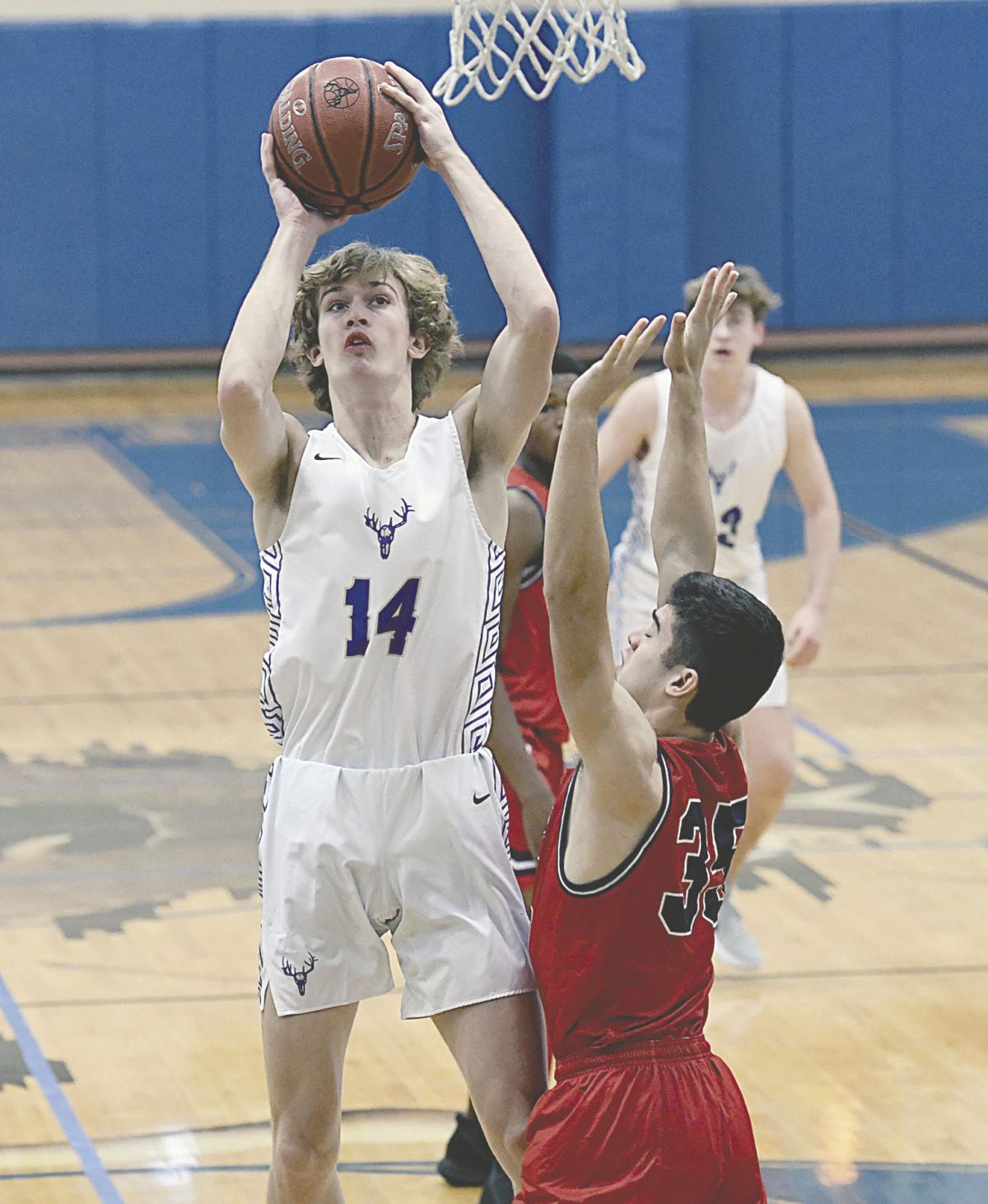 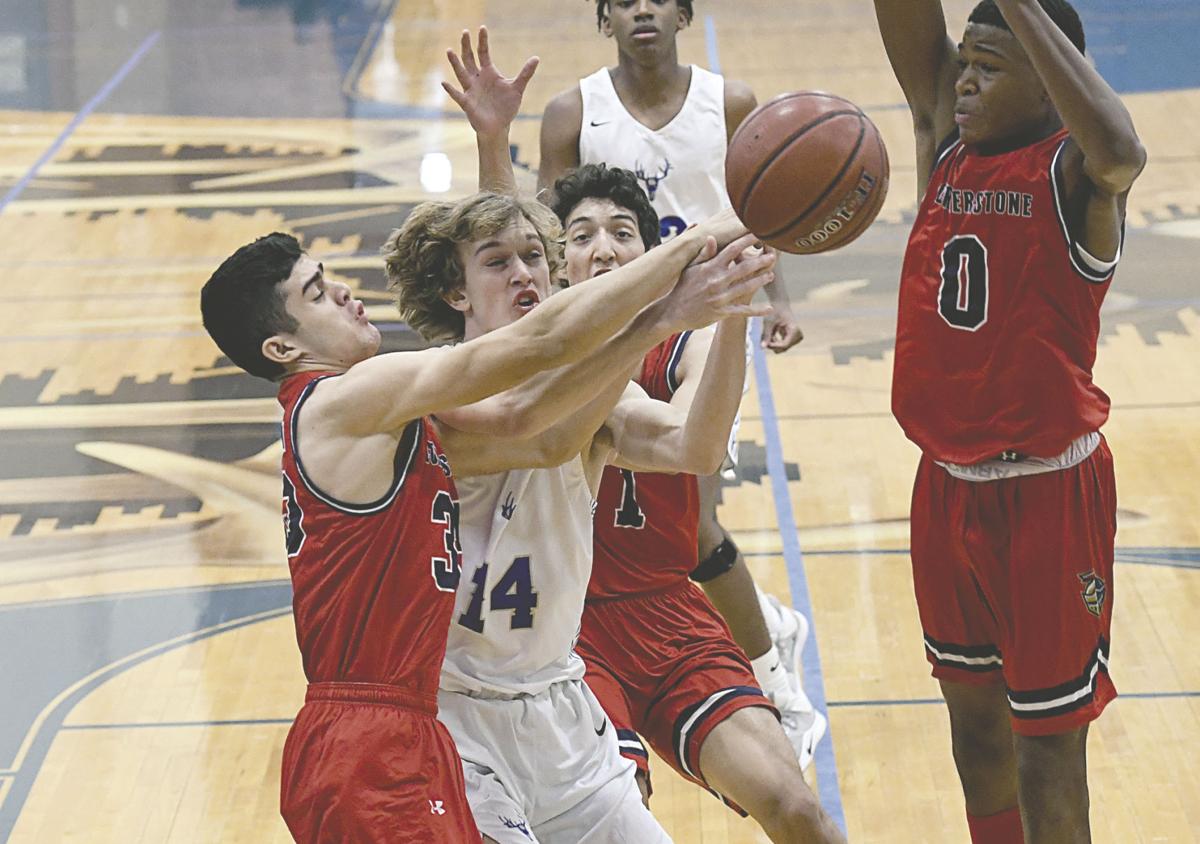 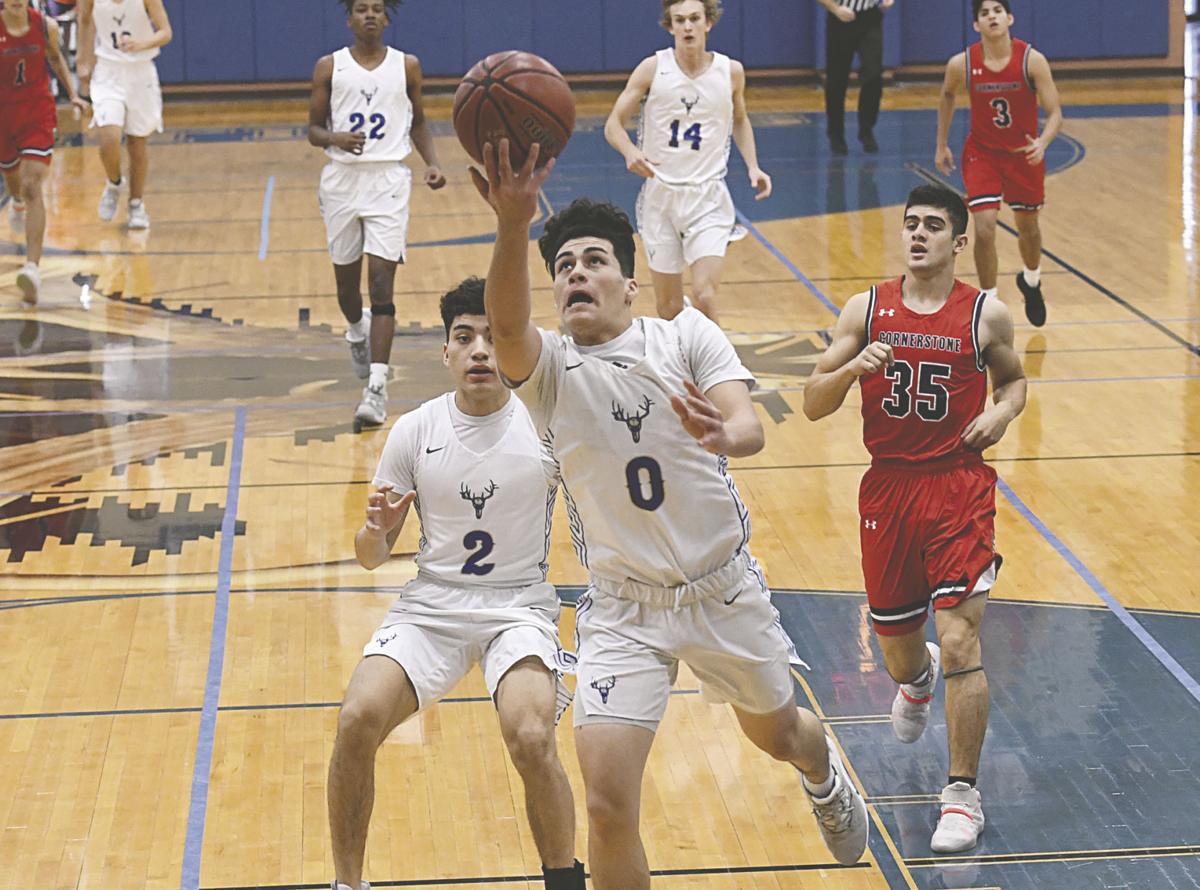 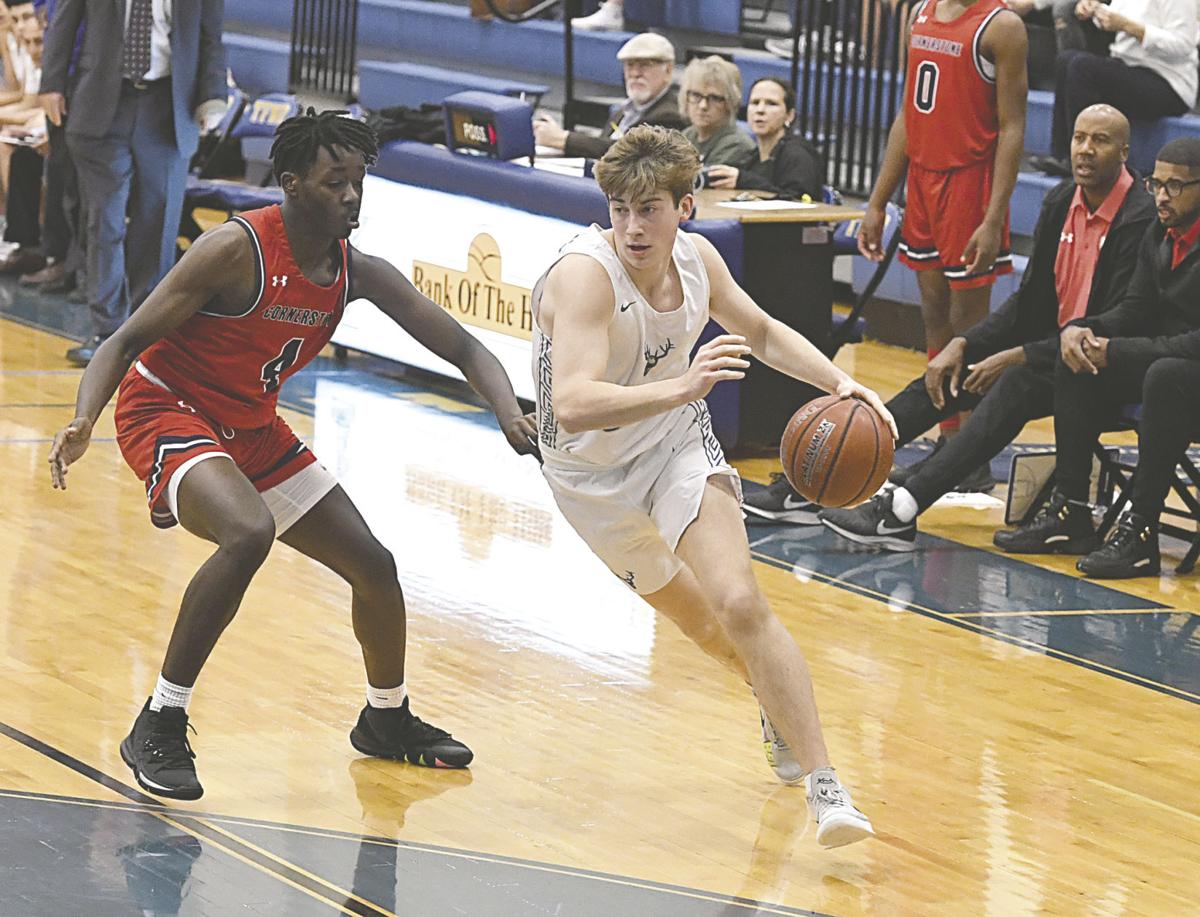 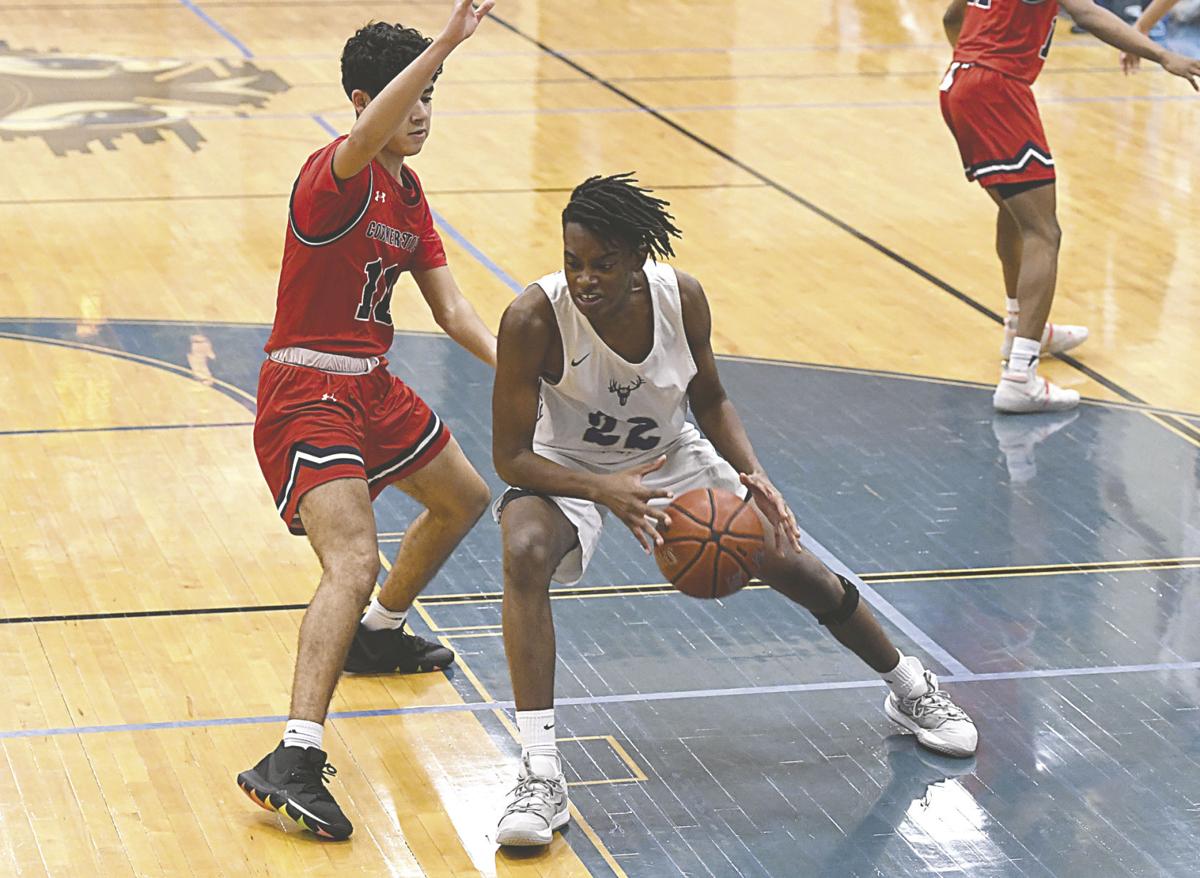 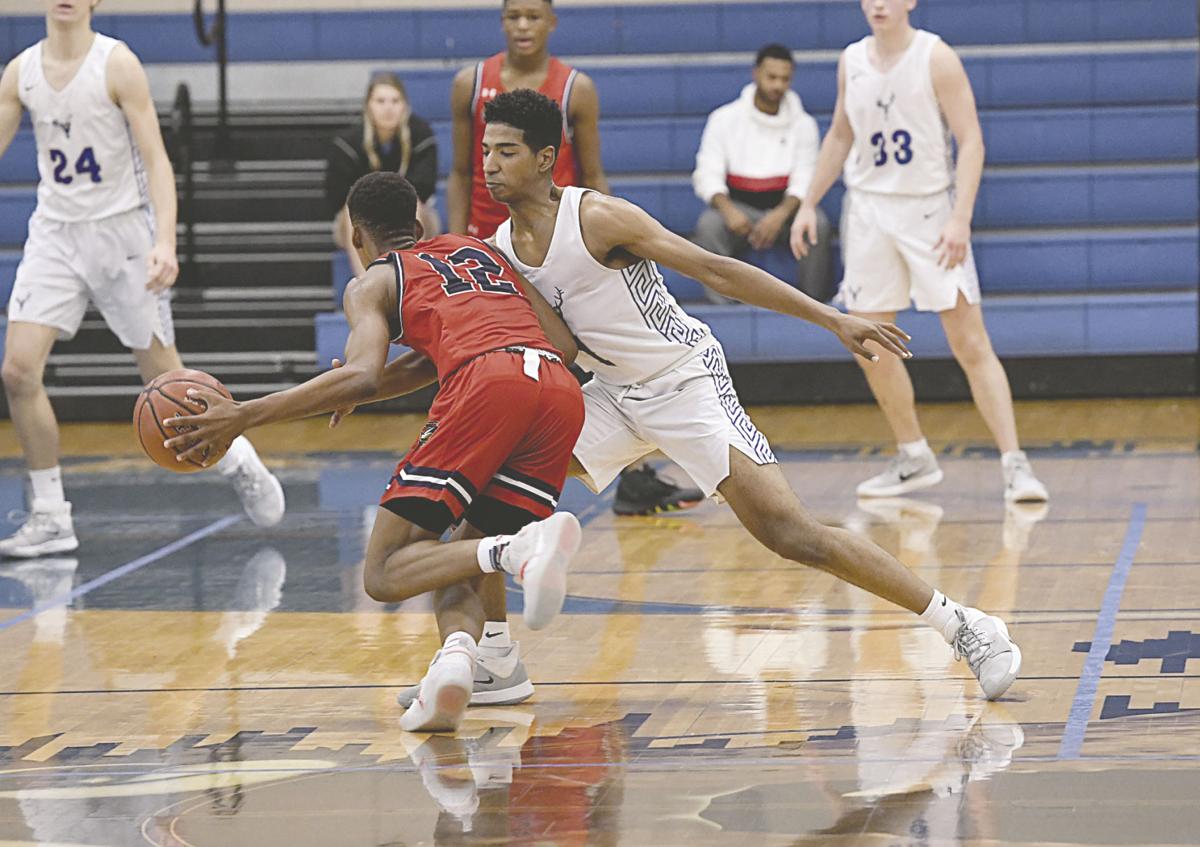 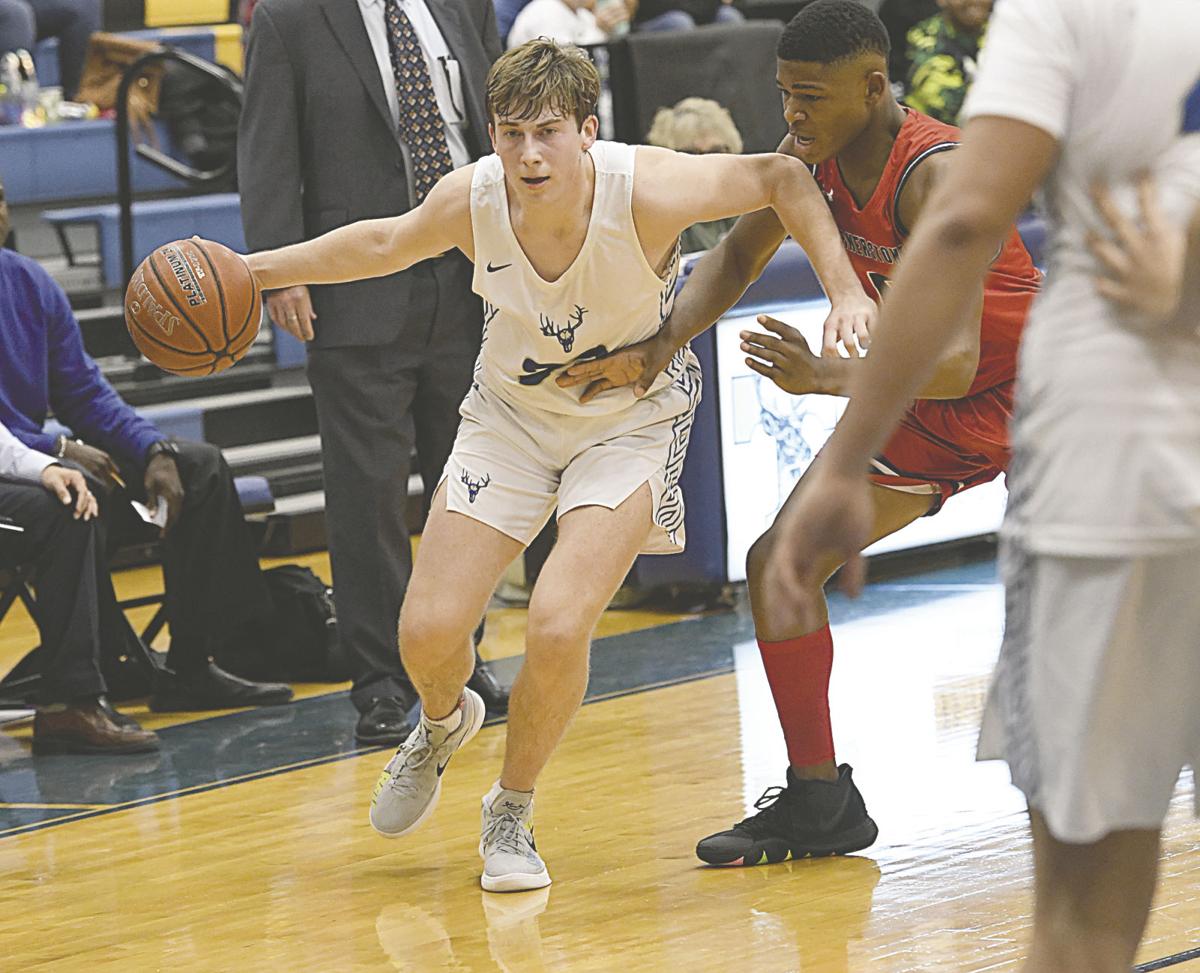 Before the Tivy basketball players could begin their procession down the postgame handshake line, their coach Brian Young gave each of them a high five.

Young was thrilled with how all of them played during the Antlers’ 56-50 win over San Antonio Cornerstone. Entering the Tivy Tournament, the Antlers had lost several close games to talented Class 6A squads. Young, however, wasn’t satisfied that his team was merely competitive against larger schools; he thought the Antlers should have won several of those contests. For this weekend, he wanted his players to have better team chemistry and to raise their intensity. Both his wishes come true on Friday. The Antlers shared the basketball, owned the glass and were relentless on defense. As a result, they controlled the game against Cornerstone and rolled to a 70-45 victory over Uvalde on Friday. They will play Austin Anderson at 9 a.m. on Saturday on the second day of the tournament.

“The teams who know how to turn up the intensity and are the aggressors usually come out victorious,” Brian Young said. “That’s what it looked like to me. We were just way more aggressive than we’ve been.”

They were especially aggressive in the first quarter against Cornerstone. Senior forward Abraham Viera scored eight of his team-high 20 points in the first quarter to propel the Antlers (4-6) to a 24-6 lead. Whenever Cornerstone threatened to rally, the Antlers always had an answer. When the Warriors whittled the lead to 38-30 in the third quarter, freshman Jackson Johnston drove the baseline and dished a pass to Viera, who buried a triple at the top of the key to help Tivy regain a double-digit lead. When Cornerstone trimmed the deficit to 50-43 midway through the fourth, Johnston’s older brother, senior Will Johnston, drilled 3-pointers on back-to-back possessions to stretch the advantage to 56-43. He finished with six points; Jackson Johnston contributed 10 points and Jackson Young added nine.

The Antlers continued to cruise in their second game against Uvalde. They only led 31-25 at halftime, but opened the third quarter with a 15-3 run to gain control. They dominated the Coyotes by snagging 19 offensive rebounds. They also shared the ball offensively, assisting on 11 of 26 made field goals.

“I thought we distributed the ball well today,” Brian Young said. “Abraham is still nursing an ankle (injury), and he was solid. The freshman (Jackson Johnston) was solid; Jackson (Young) was solid; Will Johnston was killing it on the boards; Christian Gorham was getting to the basket today like we know he can.

“There is only one way (to play) and that’s to step on the floor with the mentality that you are going to play with intensity and play to win.”