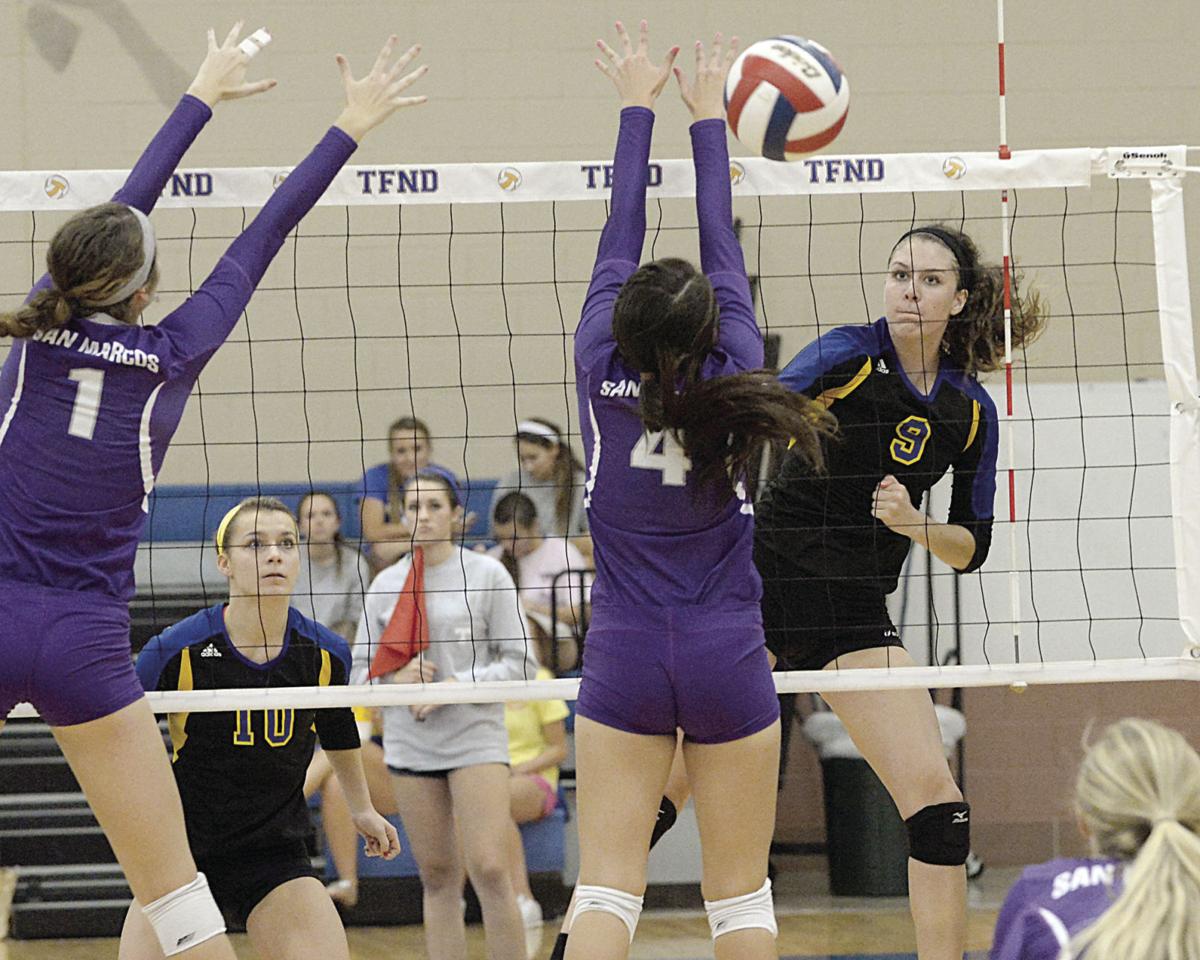 Tivy's Kendall Bosse hits the ball down the line for a kill in a 2014 home game against San Marcos. 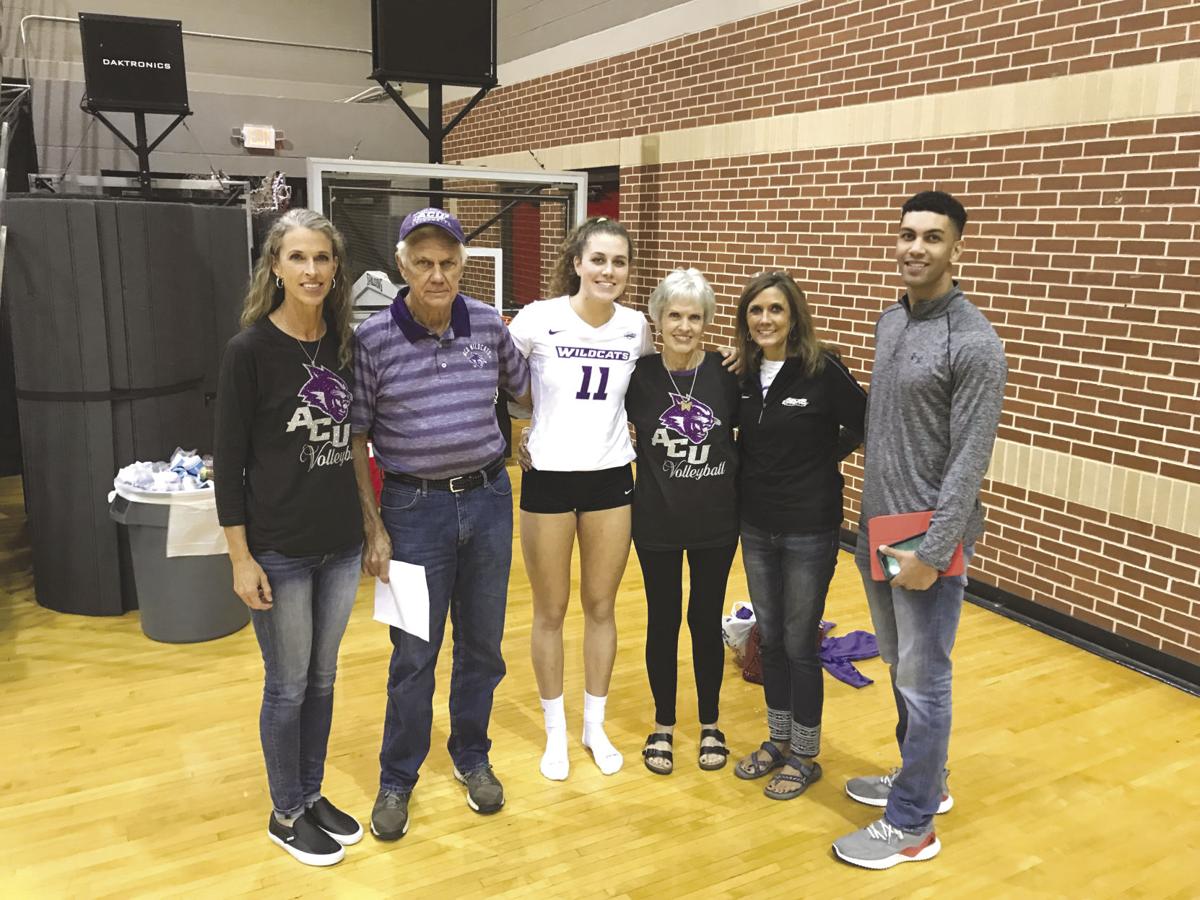 Tivy's Kendall Bosse hits the ball down the line for a kill in a 2014 home game against San Marcos.

Kendall Bosse experienced a wave of relief when she checked her phone on the morning of Aug. 9 and noticed an email from her agent.

Ever since she had graduated from Abilene Christian in May, she had been waiting, not quite sure what the future held. Either she was going to stay in Texas to attend nursing school, or she was going to leave the country for an opportunity to pursue a dream. But she wasn’t quite sure which of the two options she was going to choose until Aug. 9. That’s when her agent emailed her a one-year contract to play volleyball for Svedala Volley, a professional volleyball club in Sweden. The former Tivy all-state setter had already accomplished a lifelong goal when she became a four-year starter at Abilene Christian. Now, she had a chance to achieve another aspiration.

Still, Bosse needed some time to think before making such a big life decision. She chose to spend a few hours at her grandparents’ neighborhood swimming pool. It was there that she made up her mind: She was going to continue her volleyball career. She signed her contract electronically and sent it to her agent right there at the swimming pool. She leaves for Sweden on Sunday, her first trip overseas.

“This is kind of a big jump for me … I don’t know what to expect,” Bosse said. “I am excited for the opportunity. I am nervous for some things, but I have a really good feeling about it. … I am really looking forward to playing the sport that I fell in love with throughout the years, and form more bonds with new teammates and dive into a different culture, and see a little piece of the world I wouldn’t have otherwise seen.”

After she had signed her contract, her mother, Krista Bosse, decided to host an impromptu celebration, buying snow cones for her Kendall and Kendall’s grandparents, Gene and Linda Bosse.

It was fitting that Krista and her parents were there to celebrate Kendall’s achievement, considering that all three share some responsibility for Kendall’s volleyball success. Gene boasts that he gave Kendall the coordination to excel at volleyball. He baby sat his granddaughter when she was 4 years old. To keep her entertained, he often threw bouncy balls against the wall and watched Kendall catch them before they reached the ground. Linda helped with Kendall’s nutrition, always cooking delicious meals for Kendall and her teammates.

Krista, though, played the biggest role in her daughter’s volleyball development. Everyone who knows Kendall knows that she’s super competitive. Even when she’s playing her grandparents in board games, she’s determined to win. She likely inherited that competitive drive from Krista, who played volleyball and ran track at Baylor university.

Krista also helped Kendall fall in love with the sport. Volleyball became their special bond. Krista was Kendall’s coach during her freshman year, helping her daughter master the sport’s fundamentals. They also constantly peppered inside the house, often jeopardizing the furniture. Cabinets, mirrors and even Christmas trees became victims during these training sessions.

“Will you stop doing this in the house!” Kendall’s older brother, Ashton Bosse, begged. Kendall and Krista, though, typically ignored these pleas.

“She always pushed me hard to be the best volleyball player and person that I can be,” Kendall said. “I definitely am the person who I am because of her and I am really thankful for her and all that she’s done.”

The hard work began to pay off. Kendall made the varsity team her sophomore year and started playing club volleyball. During her 2014 all-state senior season, she nearly led the Lady Antlers to an upset over the eventual state champion,, Dripping Springs, registering 20 kills, 23 assists, six digs and four blocks in a five-set loss (16-25, 25-23, 22-25, 25-20, 13-15) to the Tigers.

“I still think about that game,” Kendall said.

Playing Division-I volleyball, though, helped soften the blow of that heartbreaking loss (sort of). Ijeoma Moronu, a former assistant coach at Abilene Christian University, first noticed Kendall when she attended an ACU volleyball camp during her sophomore year. She was impressed with her size as a setter, and the way she used her hands to create perfect sets. She immediately did everything in her power to make sure Kendall became a wildcat.

It didn’t take much persuasion to convince Kendall to commit to ACU. She always enjoyed participating in ACU’s camps, and loved the campus. Plus, Abilene was only a three-hour drive from Kerrville, so she could easily in touch with her family. She didn’t even consider any other schools. Krista started coaching at the junior high level so she could have more time to attend her daughter’s matches.

“Kendall’s size is a factor in her success as a setter but her ability to spread the ball well, play smart, and deliver hittable balls consistently sets her apart,” Moronu said in an email to the Kerrville Daily Times. “She is great at communicating with her hitters and creating relationships with them both on and off the court. She’s the kind of setter you want to get the kill for, and the kind of setter you know will always go for your first touch no matter where it is on the court.”

And now Kendall will have an opportunity to create even more relationships with teammates. Moronu was the one who initially urged Kendall to pursue a professional volleyball career overseas, putting her in contact with her agent. Moronu also lives in Denmark’s capital, Copenhagen, only 30 minutes from Svedala, so, Kendall will have a friend nearby to help her with homesickness;; another reason she’s excited about leaving for Sweden in a few days.

Krista, on the other hand, doesn’t want to think about Sunday. She knows her parents will want to go with her when she drives Kendall to San Antonio International Airport. But Krista knows she needs to be alone on the drive back to Kerrville.

She knows how much she’s going to miss talking to Kendall every day. At the same time, she’s thrilled for her daughter. She knows how hard Kendall has worked for this opportunity. And nothing makes Krista happier than watching Kendall’s hard work come to fruition.

“Not many female athletes get that opportunity,” Krista said. “It’s just a testament of how hard she works and how determined she is. I couldn’t be more proud of her. All the years, all the broken stuff, all the fights that we had to try to fix things — It was all worth it. I am super proud of her.”

Congratulations— an amazing year awaits you!