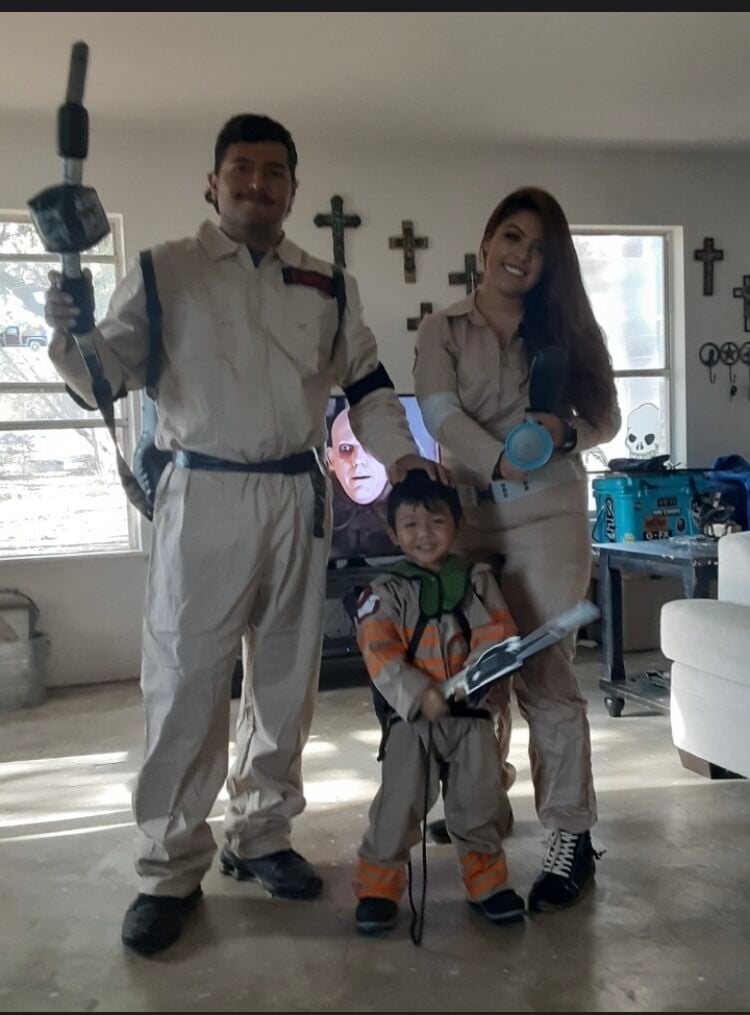 Albert “Levie” Perez and his father and mother, Albert and Jessica, dress up for Halloween. 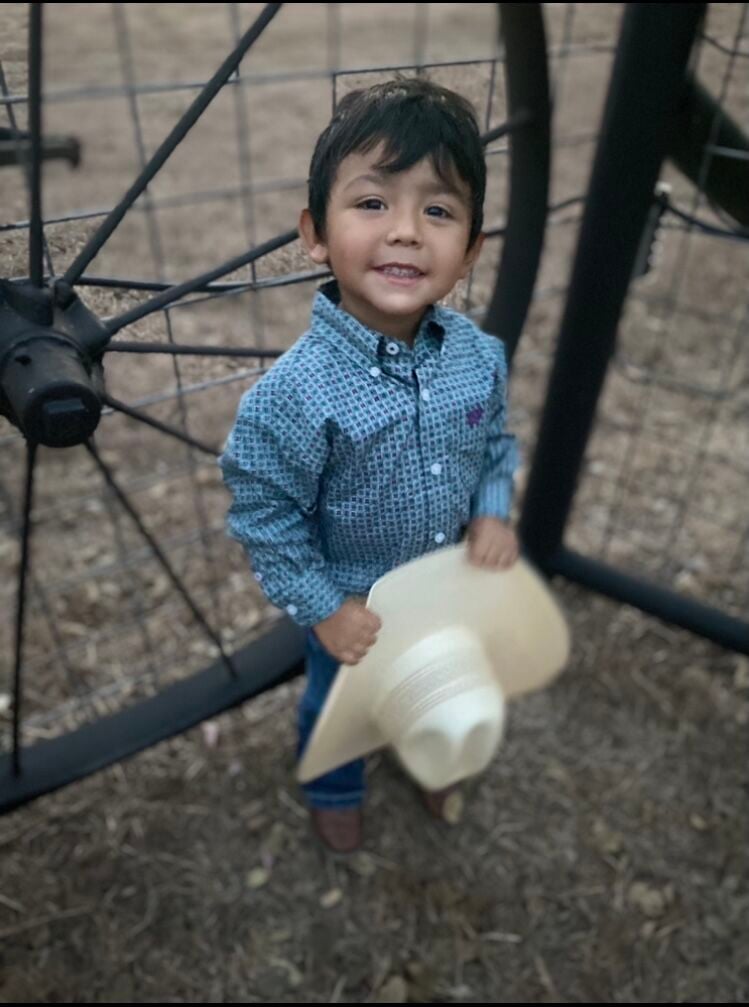 Albert “Levie” Perez poses for a photo. The boy was badly burned in December and a benefit has been slated for Jan. 16 to help pay for special garments to help wounds on his legs heal.

Albert “Levie” Perez and his father and mother, Albert and Jessica, dress up for Halloween.

Albert “Levie” Perez poses for a photo. The boy was badly burned in December and a benefit has been slated for Jan. 16 to help pay for special garments to help wounds on his legs heal.

No less than four businesses and three families stepped forward to make the Jan. 16 event possible. According to Levie’s mother, Jessica Cruces, rice will be donated by Del Norte Restaurant; sausages by TMD Builder; Rio Ranch and Longhorn cafes provided beans, bread, onions, pickles, to-go plates and silverware; the Branco Family bought 10 briskets, the Richard Family will cook the briskets; the Rodgers Family will bake the desserts; and Max Greiner and the Coming King Foundation have donated resin sculptures for the silent auction that are miniature replicas of the large bronze versions at the Coming King Sculpture Prayer Gardens. Traci and Robert Moeller donated a fishing and boat adventure trip for the silent auction, and a Mary K representative will be onsite to sell products and give the proceeds to medical bills, Jessica said.

“I very much appreciate their time and effort,” said Jessica of the community support thus far.

The family’s ordeal began Dec. 13, 2020, when Jessica received a call from a family member who had been looking after Levie: The toddler had accidentally spilled hot Ramen soup on himself seconds after it was cooked in the microwave. The boy screamed, got up and the family member hurriedly took off his pajamas, Jessica said.

The family called 911, and Jessica left immediately to her son’s location about 15 minutes away and met with medics who had the boy flown by helicopter to a hospital in San Antonio, she said. The medics included Daniel Duckworth, firefighter and paramedic, and another man whose name she didn't know. According to the city of Kerrville, this other man is Kolten Hughes, a firefighter/paramedic.

“They did an amazing job attending my son,” Jessica said.

The other man (Hughes) was particularly skillful with the IV, which didn’t have to be redone at the hospital, she said.

“He did a great job that I appreciate,” Jessica said. “When we got to the hospital, we had all the attention we needed.”

At least one person with Child Protective Services was at the hospital to review the situation, but “They were just doing their job,” Jessica said.

When it came time to scrub the burn wound to prevent infection, Levie reportedly handled it like a champ.

It was a hard thing to watch — the health care workers told her there would be blood, and it might be better for her to be out of sight — but Jessica said she did it for her son.

But her son handled it surprisingly well, to everyone’s surprise, she said.

“He didn’t move, he didn’t squirm, he didn’t need to be strapped down,” Jessica said. “The nurse told the attending resident there that they will never experience what they had … that day; having a 2-year-old cooperate with them as much as he did that day.”

After a skin graft, Levie was doing better as of Tuesday, his mother said. She said her son’s favorite food used to be the shrimp-flavored Ramen noodles, but now that he’s afraid of hot soup, he prefers pizza — but only after he’s seen it go into a fridge for cooling; and when it comes out, he touches the pizza with the tip of his finger to make sure it’s alright to eat. The Dec. 13 accident was a traumatic event for him, his mother said.

“It’s so recent to my son; he doesn’t forget,” Jessica said. “Anybody he runs into or who asks, he’ll refresh the episode — he knows his phrases. ‘Hot soup,’ ‘spills,’ ‘boo boo’ — he doesn’t forget it.”

The family brings him to appointments at a burn unit at University Hospital in San Antonio, and their medical bills are apparently taken care of except for the third-party vendor that makes special scar-management leggings used on burn injuries. These leggings are not available unless payment is made upfront; this is what the Jan. 16 benefit event is for, Jessica said.

The event is scheduled for noon Saturday, Jan. 16, and the silent auction will conclude at 10 p.m. Drivers can order and receive meals from their vehicles, and the area is laid out so they don’t have to maneuver to get back to the road; they can loop back by a fire station. Meals are $10 a plate.

“I would like to give a special thank-you to my boss, Nick Bandujo, who allowed me to work from home to attend my child and let me keep my job — a huge thanks for what he does,” Jessica said.

WHERE: Empty lot near 3800 block of Loop 534; balloons and signs will highlight the area