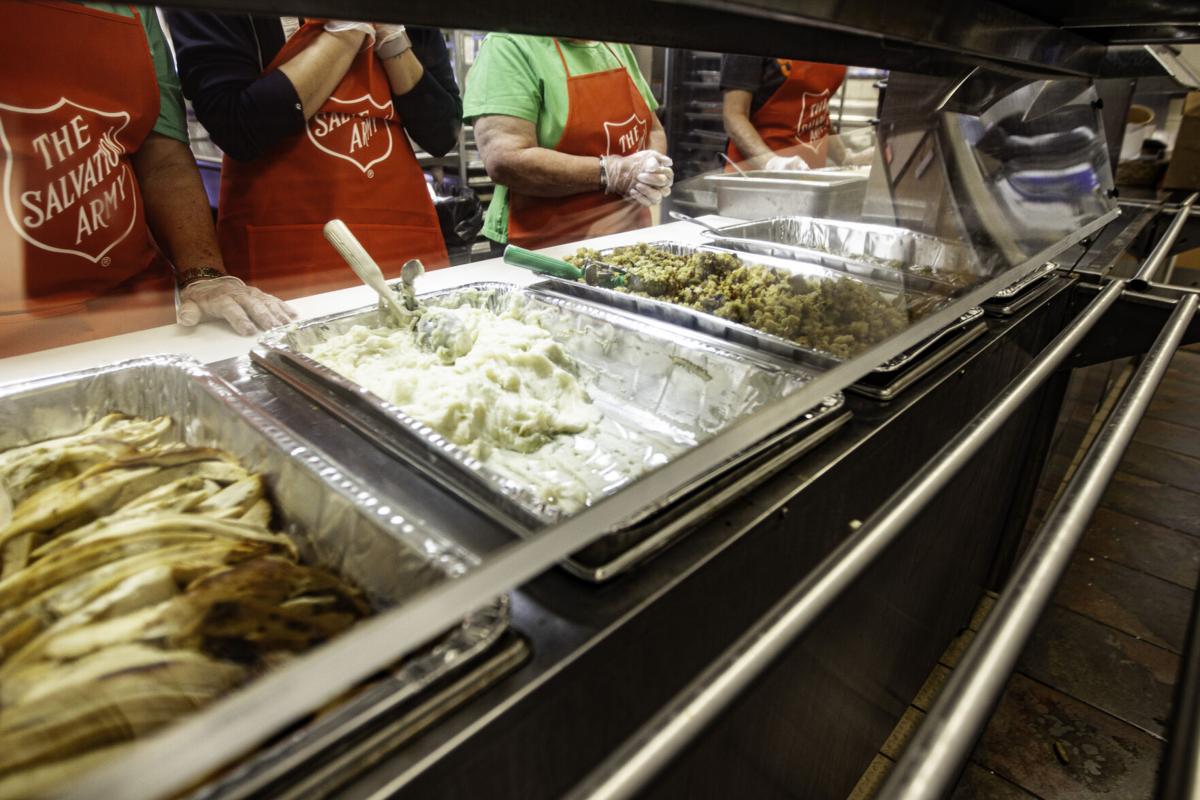 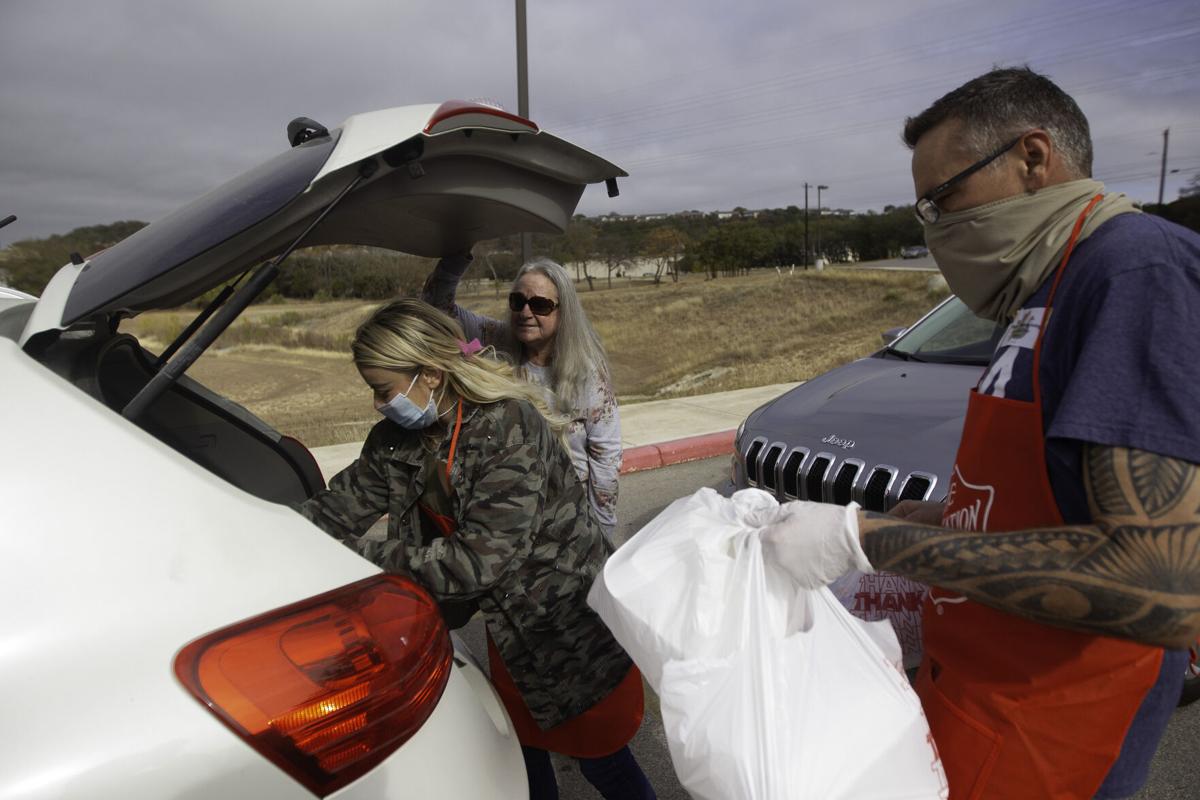 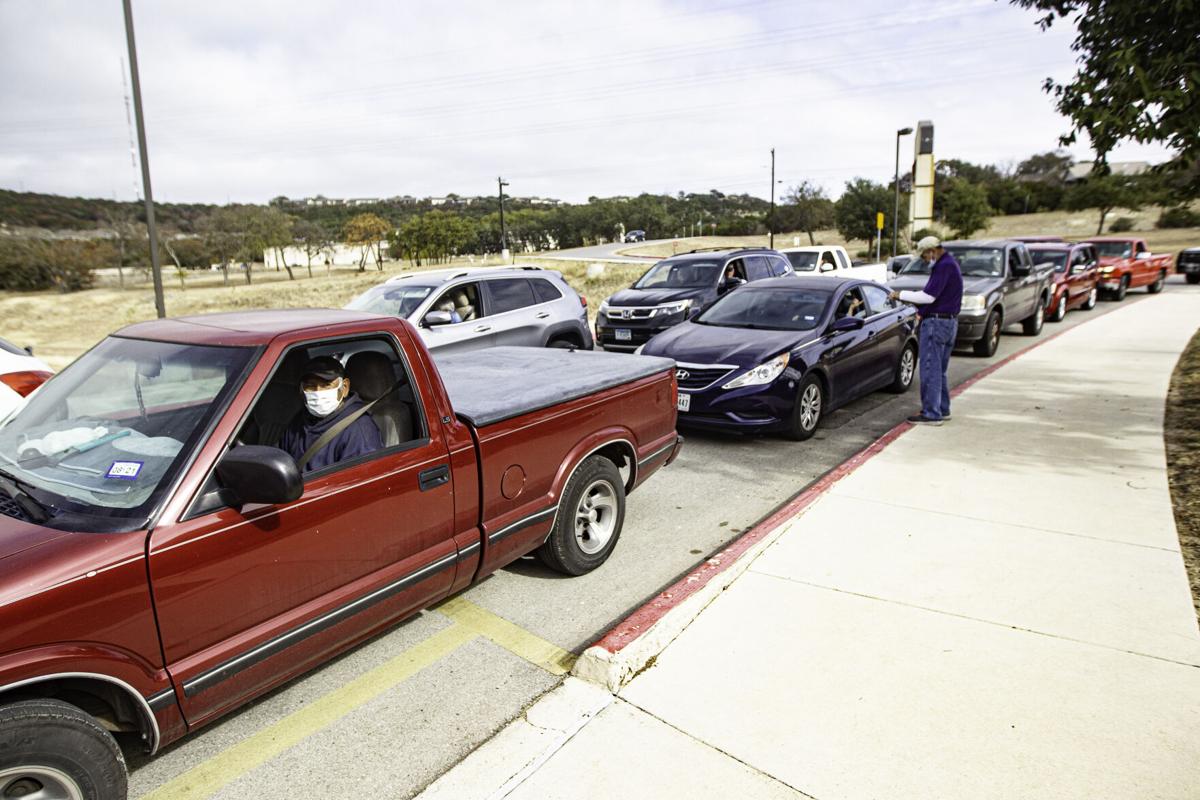 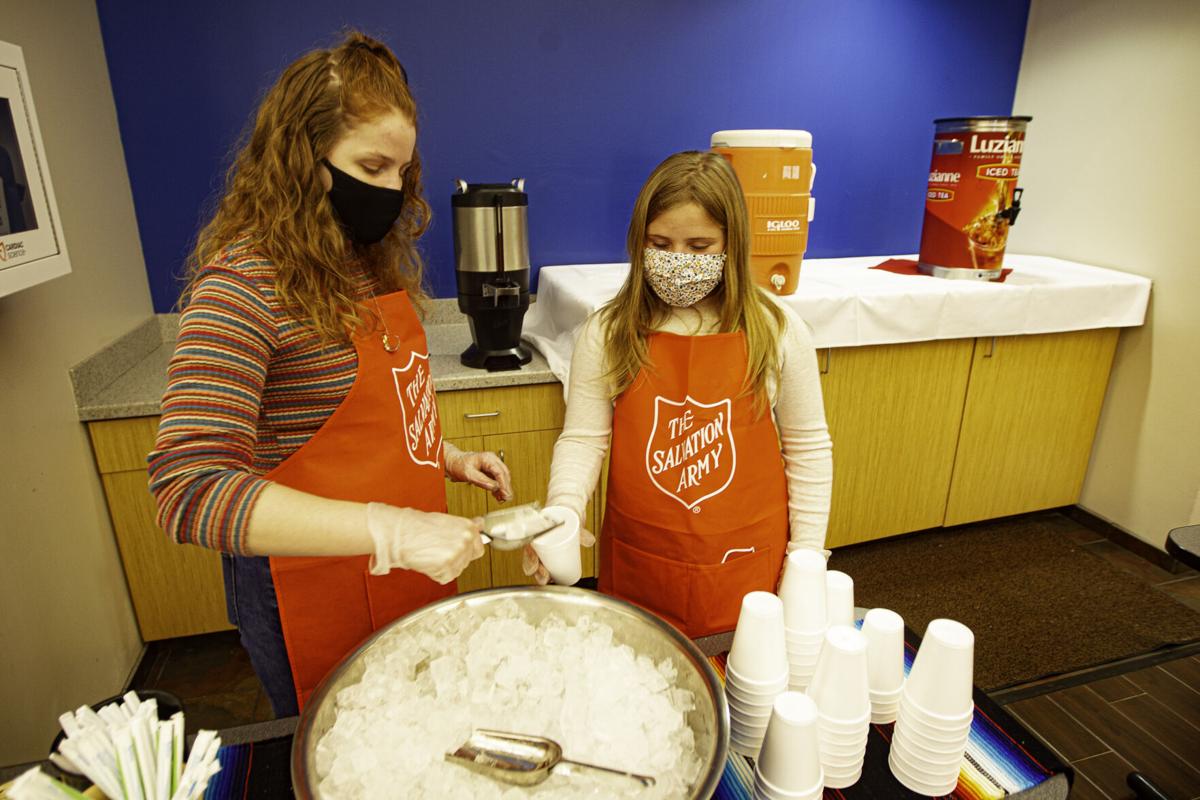 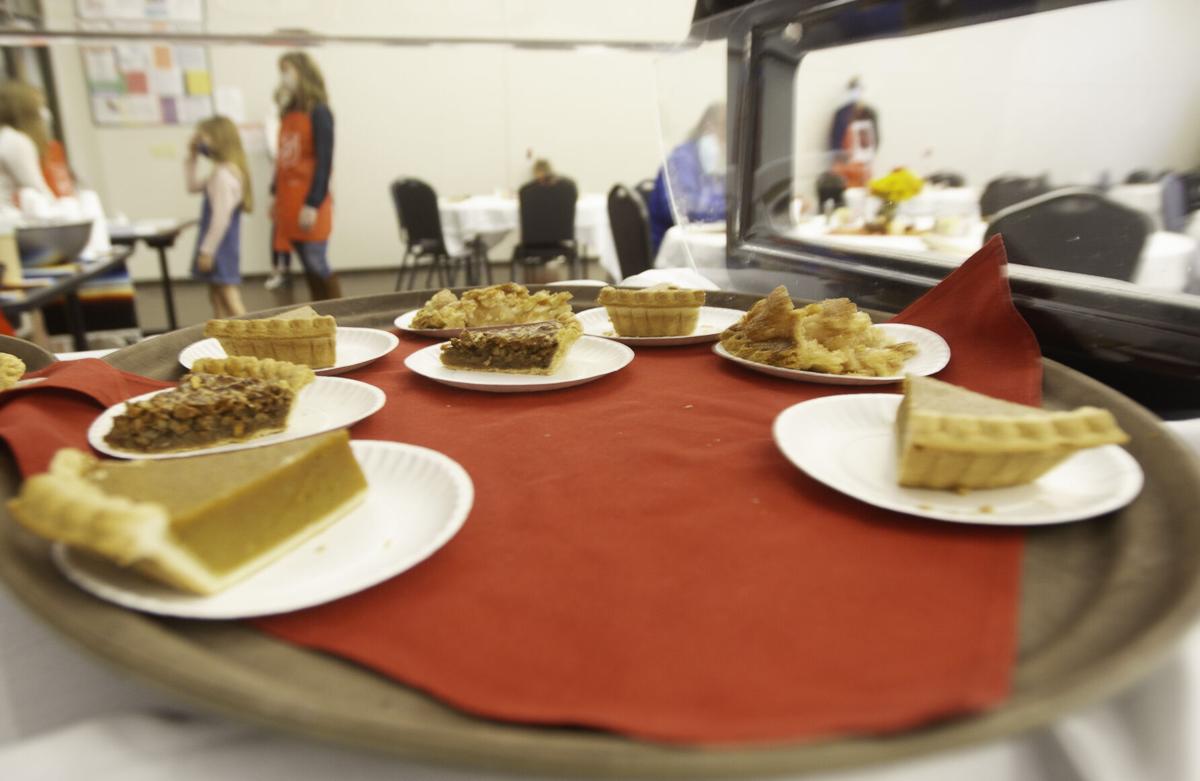 Pieces of pie were available. 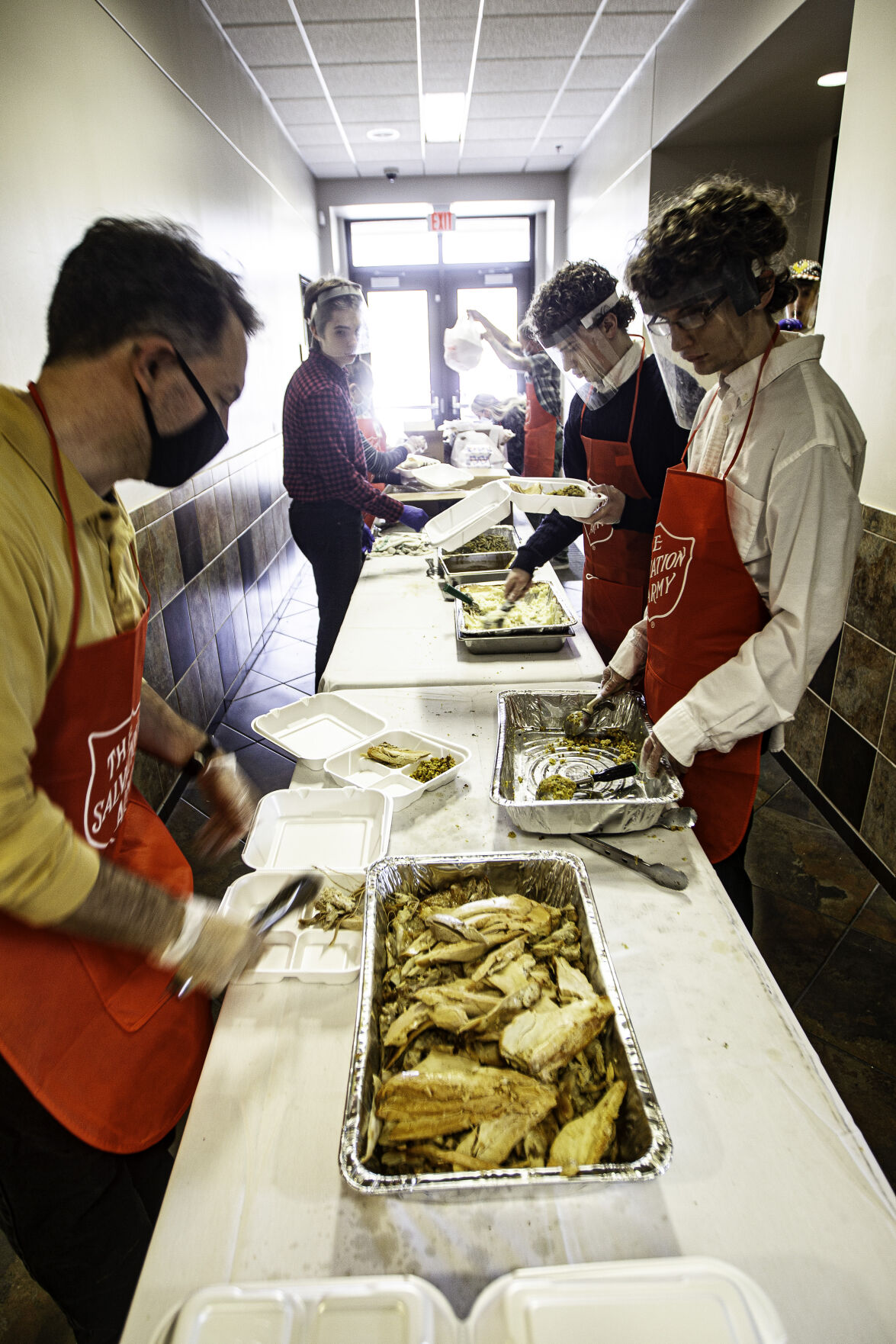 Chad Ketcher, along with his sons, were working the serving line for the curbside pickup on Thursday at the Kroc Center. 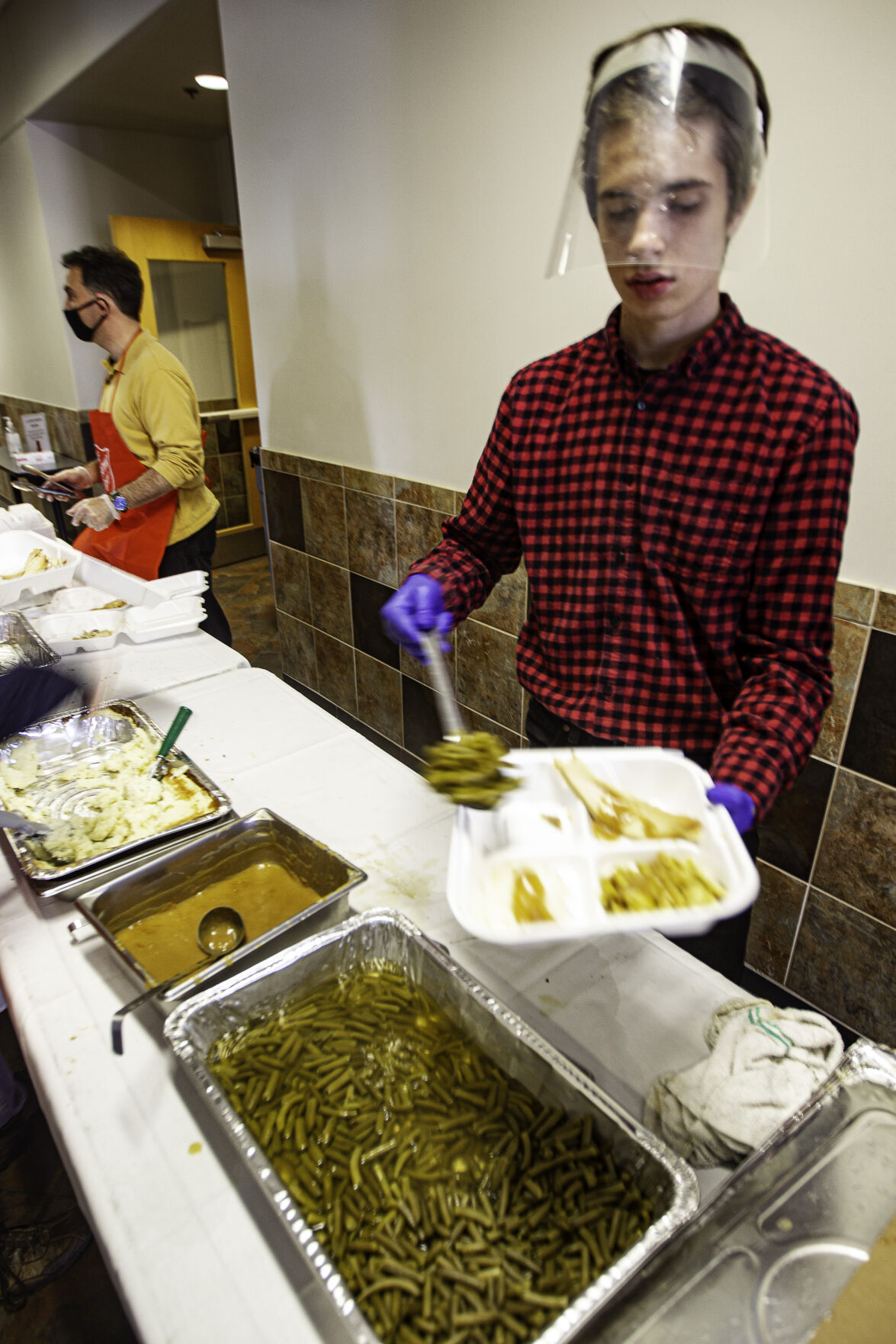 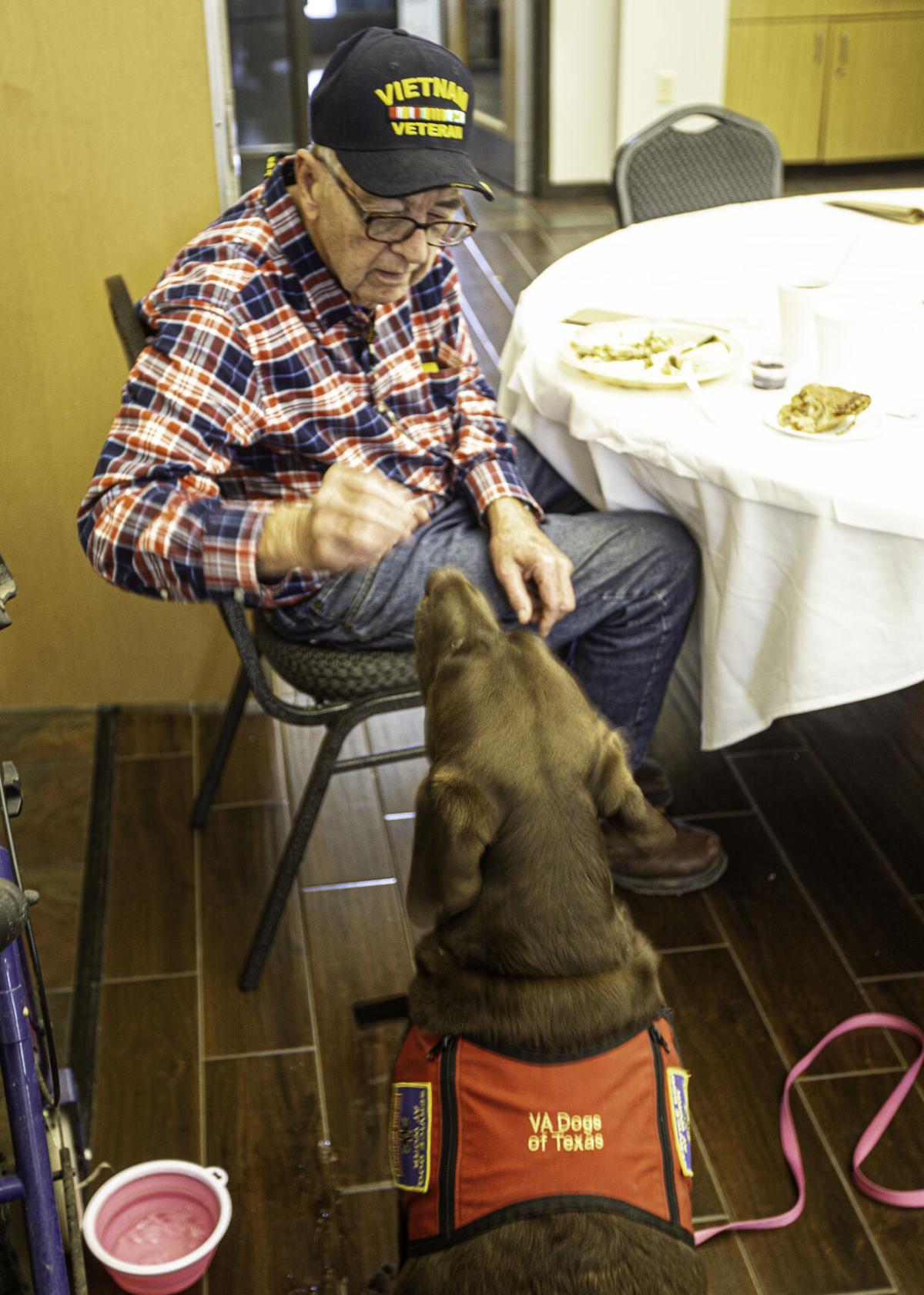 Pieces of pie were available.

Chad Ketcher, along with his sons, were working the serving line for the curbside pickup on Thursday at the Kroc Center.

Outside of the Ray and Joan Kroc Community Corps Center, Brenda Horam and her friend Joy Warner were one of the first in line to pick up a Thanksgiving meal, but not for themselves.

Horam and Warner, like so many people who stopped by Kerrville's Salvation Army center, were on a mission.

"They need some help, they need a Thanksgiving dinner," Horam said.

The mission for Horam and Warner was to deliver the food to a small mobile home park in Ingram, where many of the residents are elderly, or disabled, and can't always make it into the center to attend the annual dinner.

On Thursday, the Salvation Army was handling a very different Thanksgiving meal — one that was socially distanced. It was also one that featured a long line through a makeshift drive thru — after all this is 2020.

For the volunteers at the Salvation Army, along with the center's staff, there was plenty of work to be done — including delivering 200 meals to homebound people across Kerrville.

"It was a little hectic but it got done," said Mykeala Tyson, Salvation Army of Kerrville’s youth evangelism and outreach director, who was organizing the dinner.

Inside the center, retired veteran John Vencken was enjoying the meal but also feeding bits of his meal to his companion and service dog, Suzie, who patiently waited for a piece of turkey.

"She's saved my life," Vencken said of his service dog. "Suzie has had me for seven years and six months. I'm dealing with PTSD from Vietnam, I've been suicidal — I don't like to admit that — but it if wasn't for her and my faith in God I wouldn't have been here today."

It's those kind of stories that flourish on a day of Thanksgiving and across the room there were plenty of people who needed a hand, and just as many who were ready to lend one.

At the drink station, Ainsley Mosty, 11, was helping Isabel Shancc, 20, who was back in Kerrville after completing her first semester of her junior year at the University of Dallas.

Mosty and Shancc were filling drinks and handing them to other volunteers to be distributed to the guests. In years past, the community center would be packed as hundreds showed up for the free meal, but this year the attendance was a little bit more sparse.

That's because the serving line was focused on dozens of cars waiting for curbside pickup. On the filling line was volunteer Chad Ketcher and his four teenage sons, who were all kept busy filling orders.

Tyson and Corps Capt. David Swyers said they expect to feed the same number of people they always do — just not necessarily in person.

"People are very grateful," Tyson said. "We've had a lot of people who were very happy to volunteer this year."