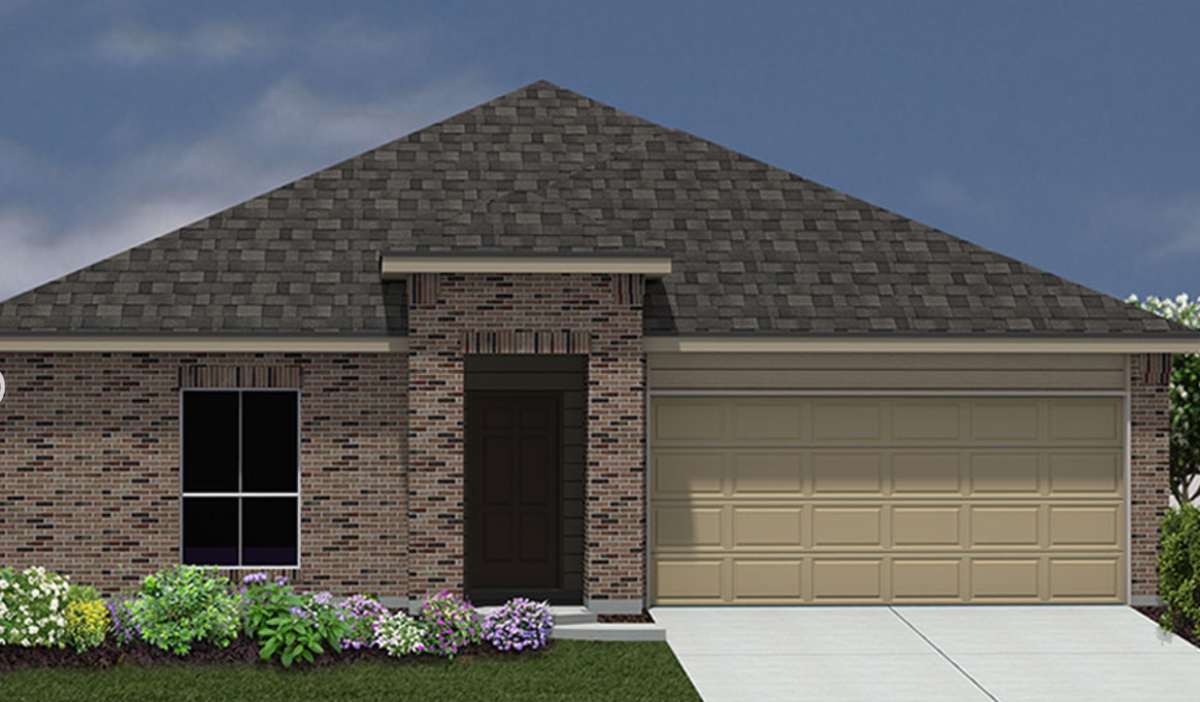 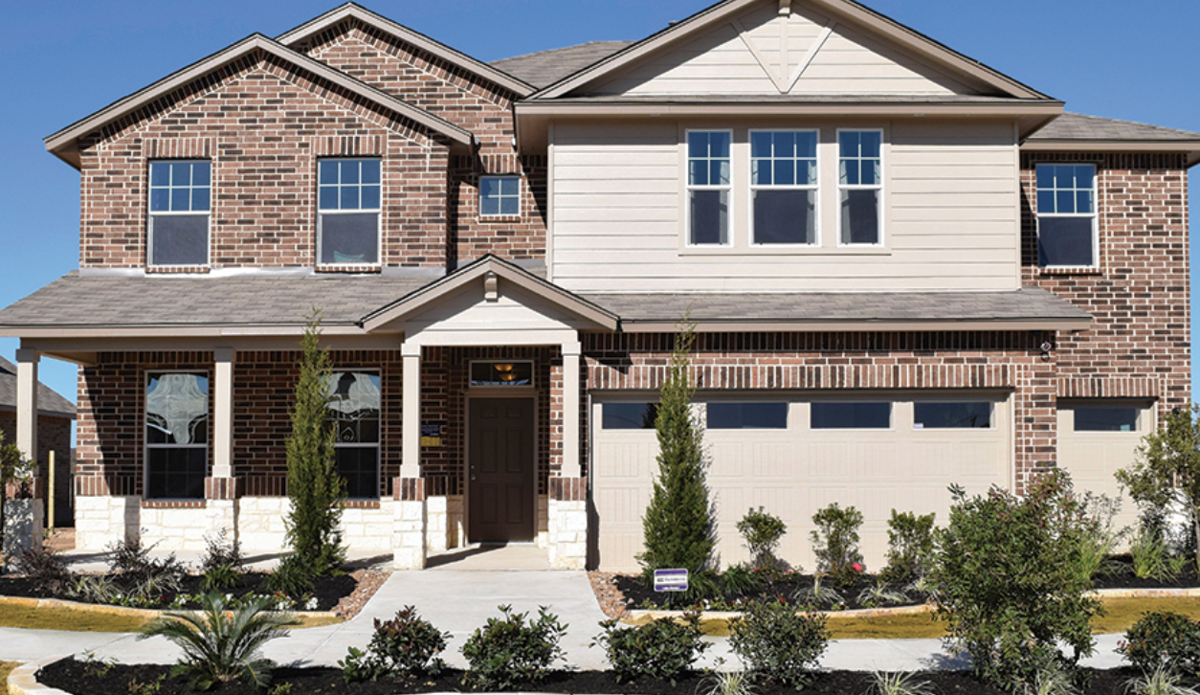 D.R. Horton will base some of its Kerrville homes on those being constructed in and around San Antonio and Bexar County. 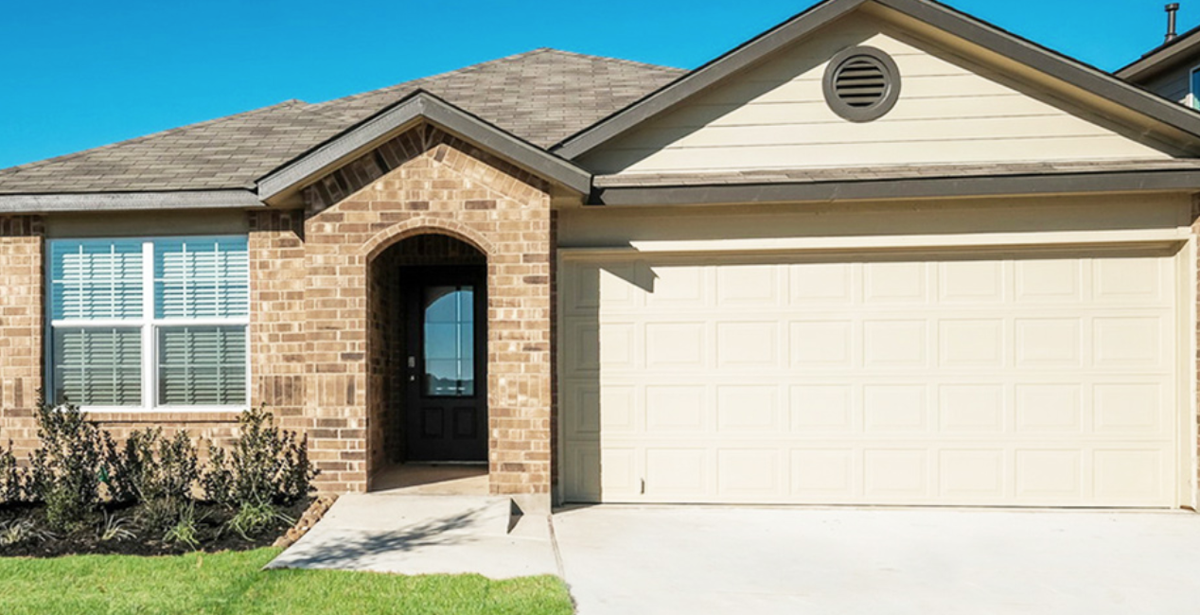 D.R. Horton will build homes in Kerrville similar to this one in the Red Bird ranch area of Bexar County.

D.R. Horton will base some of its Kerrville homes on those being constructed in and around San Antonio and Bexar County.

D.R. Horton will build homes in Kerrville similar to this one in the Red Bird ranch area of Bexar County.

The Kerrville City Council will consider a proposal by the developer of a 510 home development in south Kerrville that will ease traffic concerns for those in the Riverhill neighborhoods adjacent to the Vintage Heights development.

In a proposal to the council, developer Chuck Cammack outlined several options that he was willing to consider modifying to ensure Vintage Heights is constructed, which also includes a 45% tax rebate for 20 years on homes that qualify as “workforce housing.” That portion of the deal would be capped at $5 million.

The council will hold a first reading of the plan at its regular meeting at 6 p.m. Tuesday.

HOW DID WE GET HERE?

After the planning and zoning commission deadlocked on the original proposal, which drew the ire of residents in the Riverhill neighborhoods, the development was kicked over to the city council. The proposed development is probably the largest home construction in the city’s history — coming after the Great Recession where home construction has languished.

WHAT ARE THE KEY ELEMENTS?

HOW D.R. HORTON COMES INTO THIS

As part of the proposal, many of D.R. Horton’s contributions come into play and the Cammack writes that the homes will be similar to developments in the San Antonio area. Other key components will be:

The River Hills development is the underpinning for Kerrville’s high standard of living, and is a direct result of motivated, risk taking capitalists Brinkman and Hunt who had a vision of greatness for Kerrville, and what Kerrville could be. This legacy, vision and tradition has served us very well, but it is being destroyed and replaced by the 501c inspired vision of Blackburn with the backing of the GOB, causing a descent into mediocrity. I cannot think of a more profound cultural dichotomy in the history of Kerrville politics. Brinkman and Hunt were giants with a vision of greatness, and we are blessed to be recipients of their legacy. We have gone from an age where the town fathers were heroes making enlightened investments for the long term benefit of the city to an age of lawyer driven freebooting for a quick buck at the expense of the community. This is a sad day for Kerrville.

Typical not in my backyard...lol. Kerrville needs this badly. DR Horton is not going to build many houses under 220k. They are in the business of making money. Look at other DR Horton developments. Their will be plenty of houses at 250-300k. And houses at 400-500k. Just look at the varying lot sizes. Typical Kerrville. I am here now so shut the door. Been going since the 70s when I was in HS here. The amount of people that have moved here (and want to move here) has grown quickly with the advent of the tech age and the oil field workers. I know lots of folks that have moved here (or want to move here) that work from home or travel for work anyway. What has happened is that the supply and demand disparity of homes under 300k has inflated the prices of those houses to a ridiculous level. As far as Riverhill being the GEM of Kerrville. Get a grip. It is WAY down the list of elite neighborhoods. Comanche Trace, The Horizon, Saddlewood, The Heights, Las Colinas, Tierra Linda etc...are all much nicer. Riverhill is the OLD golf course neighborhood.

In my old age, I have found it does no one any good to debate someone like you that haven't taken the time to check the demographics of the area to include income, etc. and KNOW what those statistics mean (i.e. being able to decipher them). The astute leader of the Chamber actually believes that the mean income in KV is over $50,000! You appear to want a Boerne....and you will get what you want. Let the developers come in with their tax "deal" so they will build "affordable housing" (of course, no one has given an honest definition of that). Based on REAL statistics, most KV residents can't afford what the Mayor and his council think is affordable housing. Elite neighborhoods? Why are most of them languishing because they haven't been built out yet? KV CAN do smart development if they PLAN and not let the Chamber, Mayor, and Council members have a different and uneducated agenda. While I am at it. There is supposed to be 40% "open area". What kind of parks and playgounds are going to be constructed, community building with a pool, and several areas for people to walk, sit, and enjoy their community? Or is it "zero lot line" like Boerne and SA?

More weak kneed politicians who throw out a previously approved plan as soon as they sniff more tax money to play with....to heck with the River Hills residents. And yet, they will get voted out and their stupid idea will remain to ruin the neighborhood, city, and housing situation. It's amazing what greed will do to some people.

bmark9, thank you for your succinct and true comment. The "workforce housing" aspect is just a smoke screen. Trying to suppress wages by subsidizing housing is ridiculous on its face, but they must attempt to justify this project is some way, even though Kerrville service sector wages will not qualify one to purchase a home in this development as you point out. One very troubling aspect of this project is the way our developer chosen politicians are veiling new subsidized housing deals as “urgent” and “desperate”, and claiming that action must be taken immediately. To me this is a clear sign that it is time to hit the brake pedal. My bet is that the GOB may have awaken the sleeping voter machine inside River Hills. If properly motivated, the good folks of River Hills can oust 100% of these guys. In the short term, I think the development will get the green light simply due to the fact that the GOB stands to rake in so much cash, and they are more worried about cash now as opposed to what may happen later.

City/county budgets are already stretched leading to upwardly spiraling property tax rates. And, now comes a development looking for a tax abatement (an implied tax increase for properties already on the roll)? Given a widely used rule of thumb (2.5x income for housing), the referenced price point of $227K would require a ~$90,000 annual income. How many jobs of this sort are available in Kerrville? OK, cut it in half-how many jobs @ $22.50/hour are considered "workforce" in Kerrville? Remember, pricing estimates almost always go up. If cost is a question (and the requested tax abatement seems to indicate that), a more appropriate site should be targeted (ie, east of town). This is not a very homogeneous bit of pricing development-top proposed pricing is below the bottom rung of current pricing levels in Riverhill.

This is what happens when developers hand pick the politicians, and it should be no surprise that previously unobtainable development is the result. Contrary to what Walt Koenig says, Kerrville is not a place to produce widgets or make money. If you come to Kerrville, you better bring your money with you. This is understood by the GOB, and the only pathway to prosperity is to leverage and rearrange the assets that folks bring here. River Hills is where the money is, and that places them near the top of the menu. The old real estate axiom location, location, location is true, and in the interest of squeezing every penny out of this new political environment, the GOB will sell River Hills “down the river” for a quick buck. This project is nothing more than transferring homeowner equity out of River Hills into the hands of the developers. If that is not enough abuse, we can throw in a little tax subsidy to boot. Blackburn is a good guy, but he has zero experience in business and zero experience in city planning. Unfortunately, he is learning on the job and the good citizens of River Hills are about to be his learning curve. River Hills is the crown jewel of Kerrville, and is the result of a collaboration of smart successful businessmen with a vision of excellence. We now have a left leaning visionary of the polar opposite at the helm, and their vision dovetails with GOB development ambitions. This is a sad day for Kerrville.