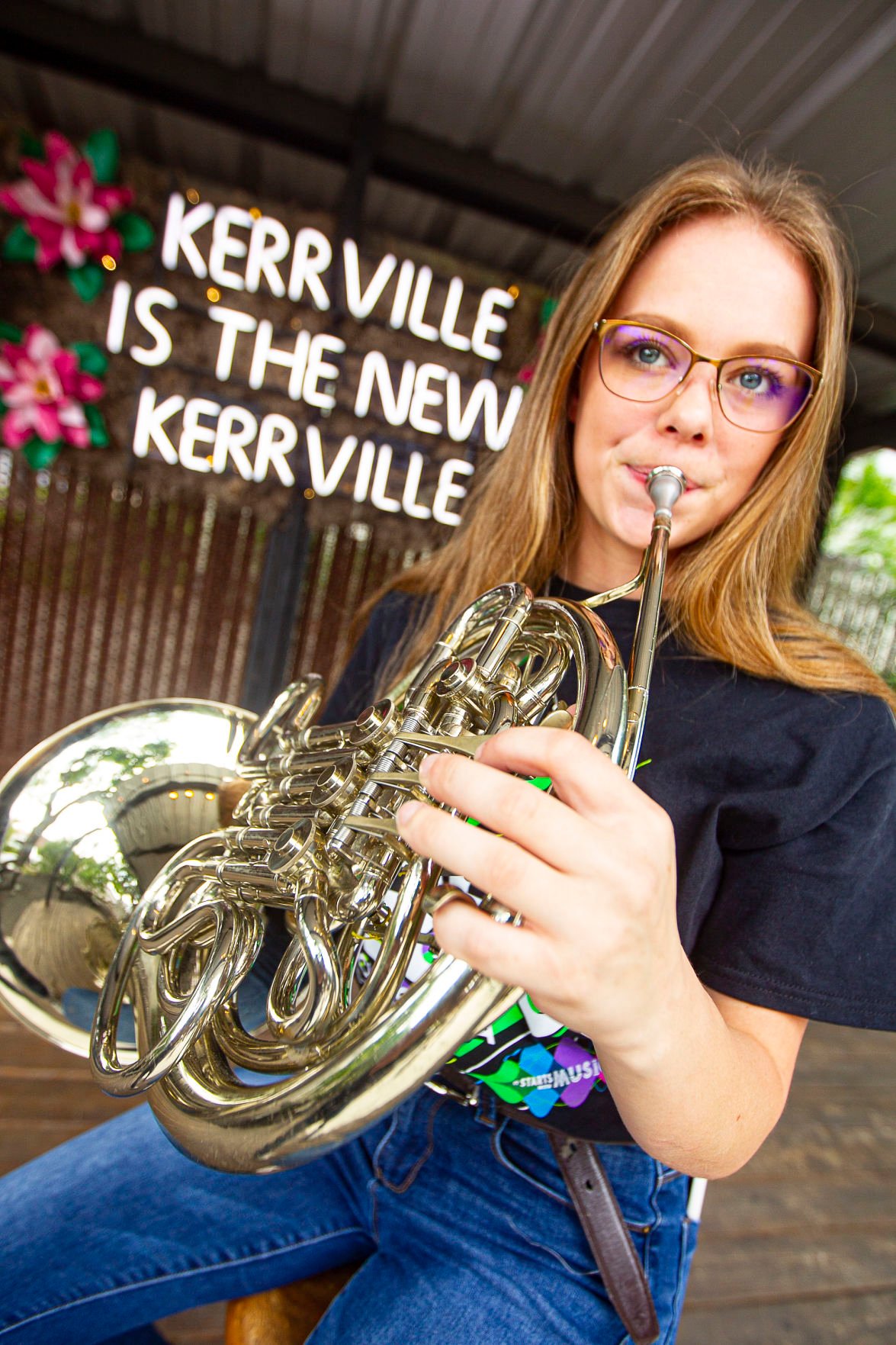 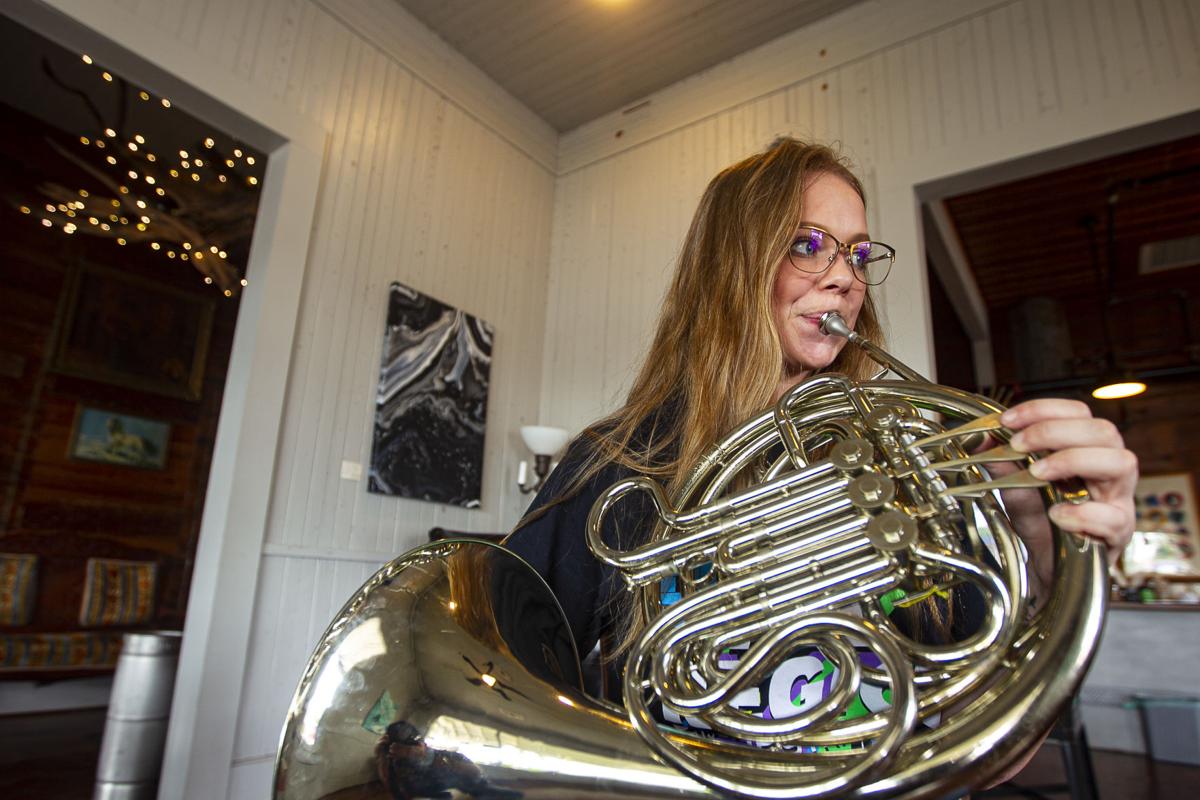 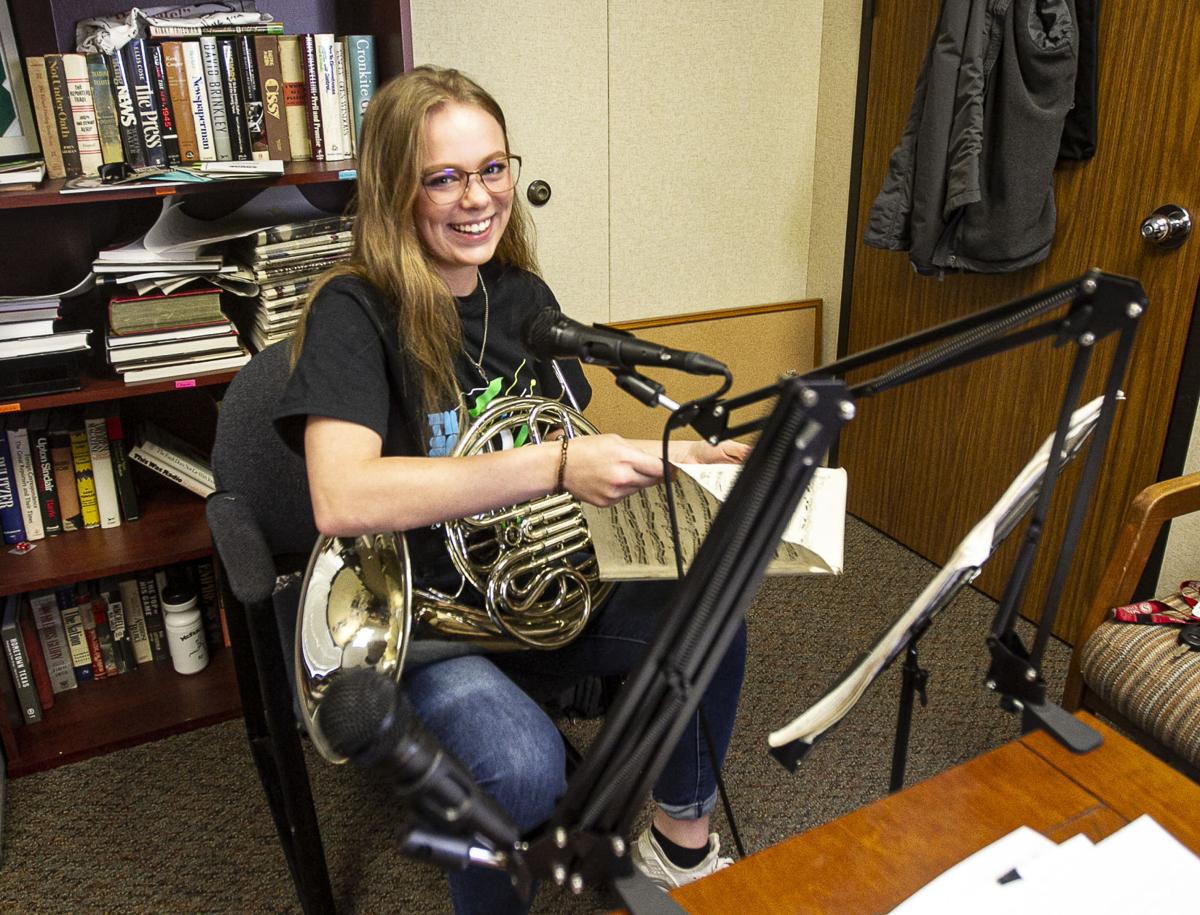 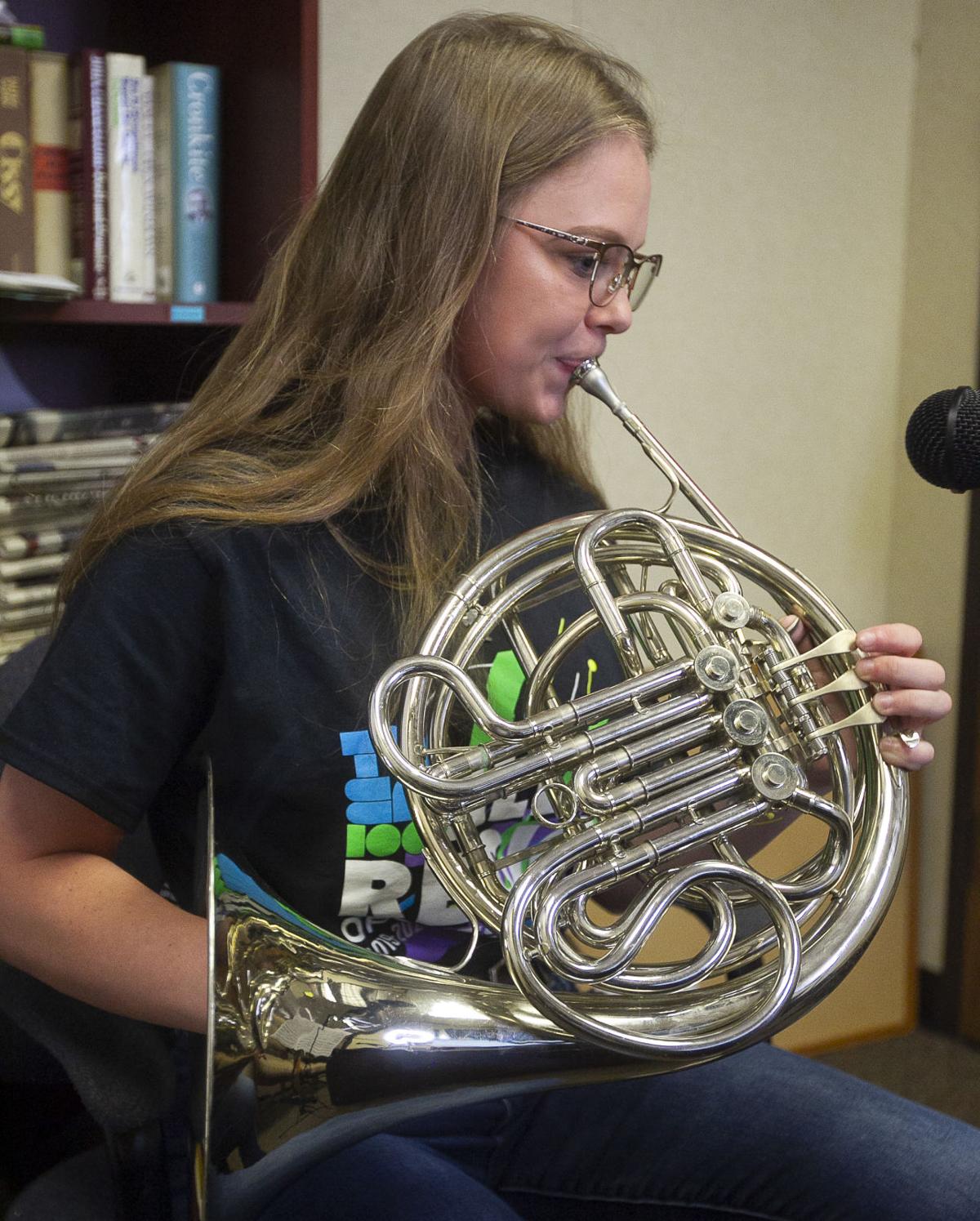 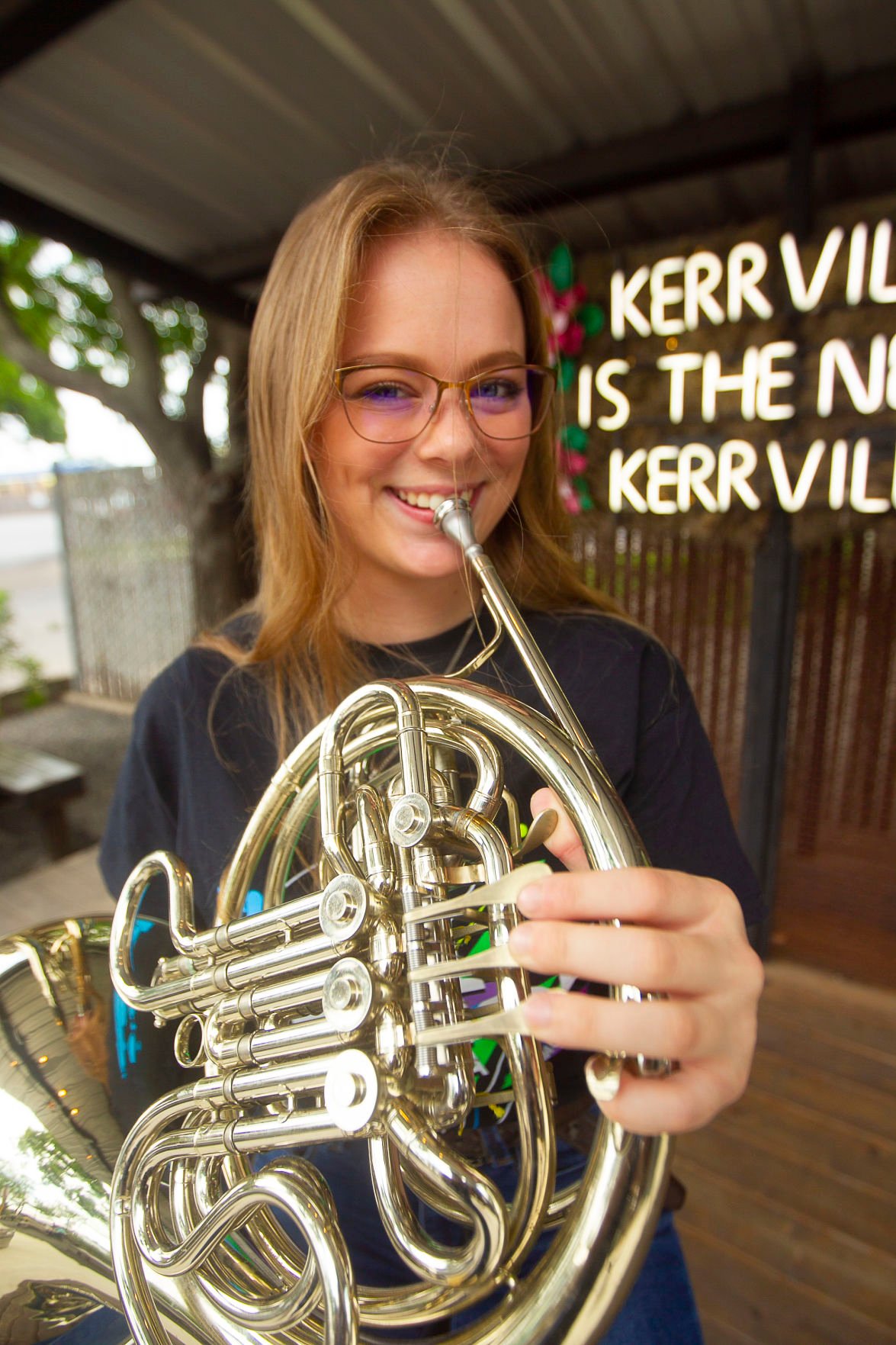 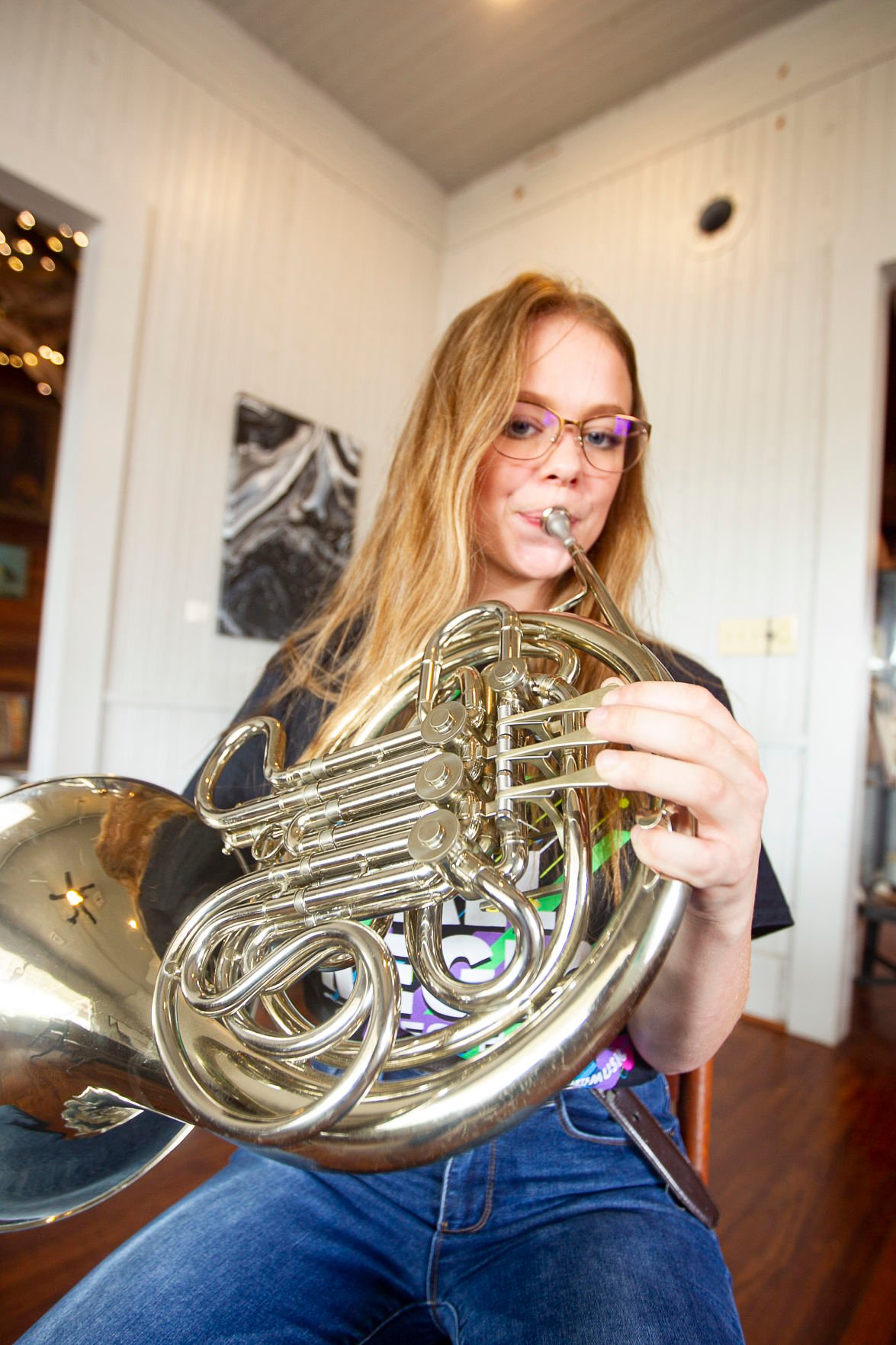 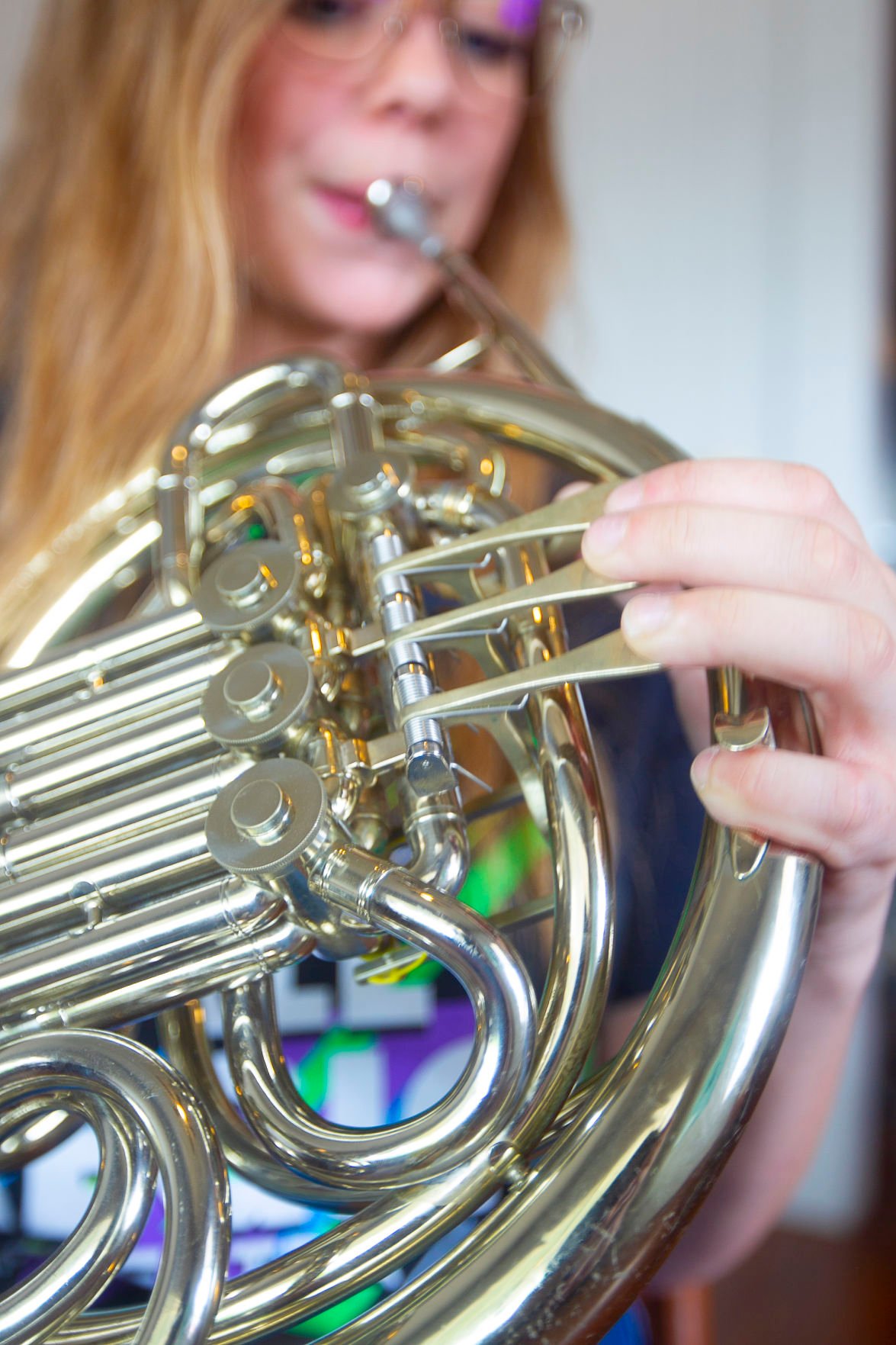 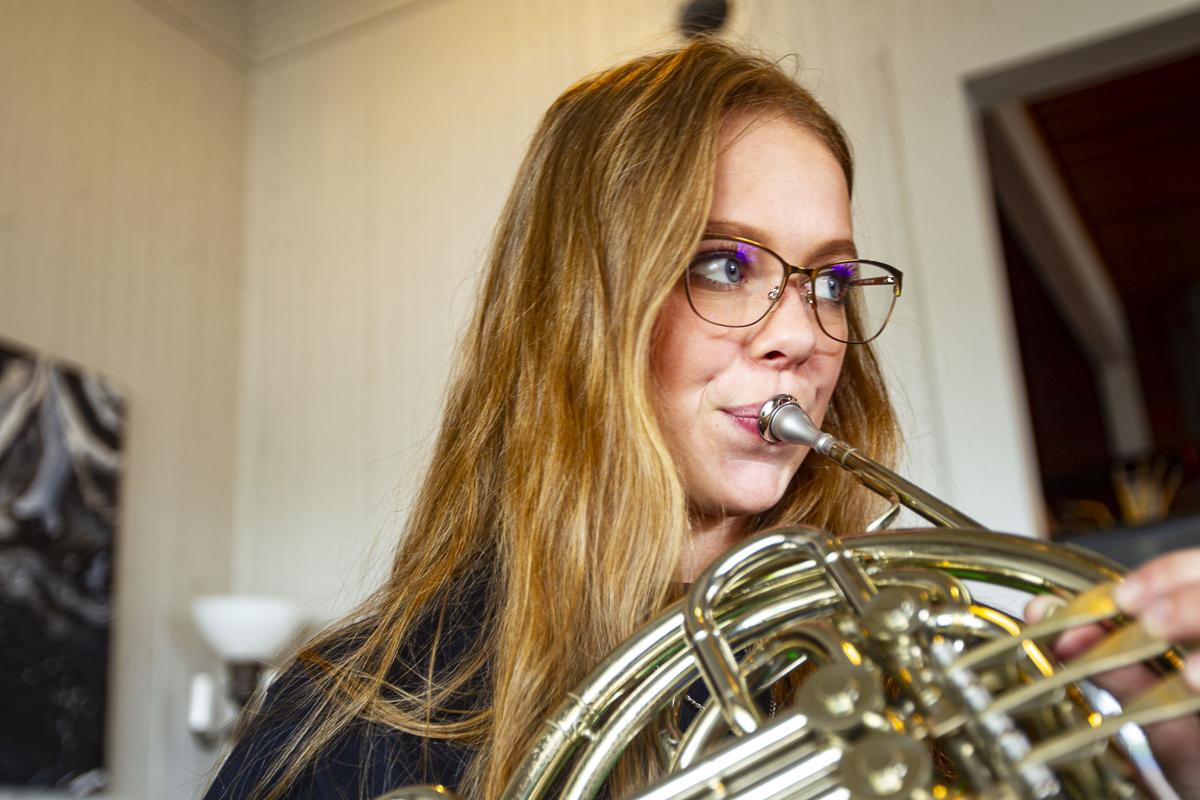 She’s ready to make the biggest move of her life, armed with a full scholarship to a prestigious music conservatory, Dezirae Bremseth is missing one critical thing before heading west for the next phase in her musical education — a new French horn.

For the last few years, Bremseth, 19, has been excelling on a French horn that was borrowed — from Tivy High School. Come next week, she’s got to return that piece of equipment that has served her well.

My main goal in life is to end up in a major orchestra, whether it’s multiple or one,” Bremseth said. “I’ve always been told it’s impossible. So, I just said ‘OK, challenge accepted.”

To say Bremseth is passionate about her music is probably making light of her ambition, she’s been driven to perform and put herself in an elite class. She was accepted into the San Francisco Conservatory of Music, which awarded her a scholarship valued at nearly $300,000, and will be moving into her dorm at the end of September.

However, they’re not providing an instrument and that’s the one thing she needs. The hiccup? Well, a new French horn costs about $8,000. So, enter Carolyn Northcutt who is determined to ensure that Bremseth has what she needs.

Northcutt has created an account at Texas Hill Country Bank where people can deposit money into an account that will be used to purchase the instrument. So, far the fund has $1,500. There is also a special connection to the story for Northcutt.

“When I learned about Dezirae winning the scholarship I was overwhelmed because I won the same scholarship to the San Francisco Conservatory of Music,” Northcutt said. “It was one of those God moments for me. And that is my inspiration for the fundraising effort.  I pray this community will step up and assist this so deserving young lady to follow her dream.”

The dream was almost derailed for Bremseth early on because she wasn’t focused completely on school, but when she connected her music to her studies she started to thrive academically.

“I started to think more about how we use math in music,” Bremseth said. “So, I tried to implement that part of math into music so I could love math as much as I love music. That’s probably never going to happen, but it was worth a try. It helped with my grades.”

After attending a summer music camp at Baylor University, Bremseth knew that she was hooked on music and dreamed of playing professionally, but she also had to improve her grades.

“Discipline,” she said. “I went pretty antisocial my junior year.”

Not only did she ramp up her academics in the 2018-2019 school year, but she was named an all-state performer for her performances in the French horn. She earned the same honor this year but in the larger 6A class of the University Interscholastic League. That work continued and she earned a spot in the San Antonio Youth Orchestra, where she was selected as the first chair for the French horn.

Then came the coronavirus pandemic — another derailment.

“It’s so disappointing we don’t get to play again,” Bremseth said of the cancellations that have marred the remainder of her senior year. She’s marched in the Tivy band since eighth grade and this past year has proven to be spectacular for the school’s band program, which competed in the state marching band competition for the first time in more than 30 years.

“We always say last time is the best time,” Bremseth said of her performances with her Tivy classmates. “It’s too bad we won’t have that last time.”

When it came to looking for a university she felt herself gravitating toward music-focused programs in Cleveland and New York City, but she fell in love with the opportunities that presented itself in San Francisco. She flew out solo, and almost didn’t want to come back.