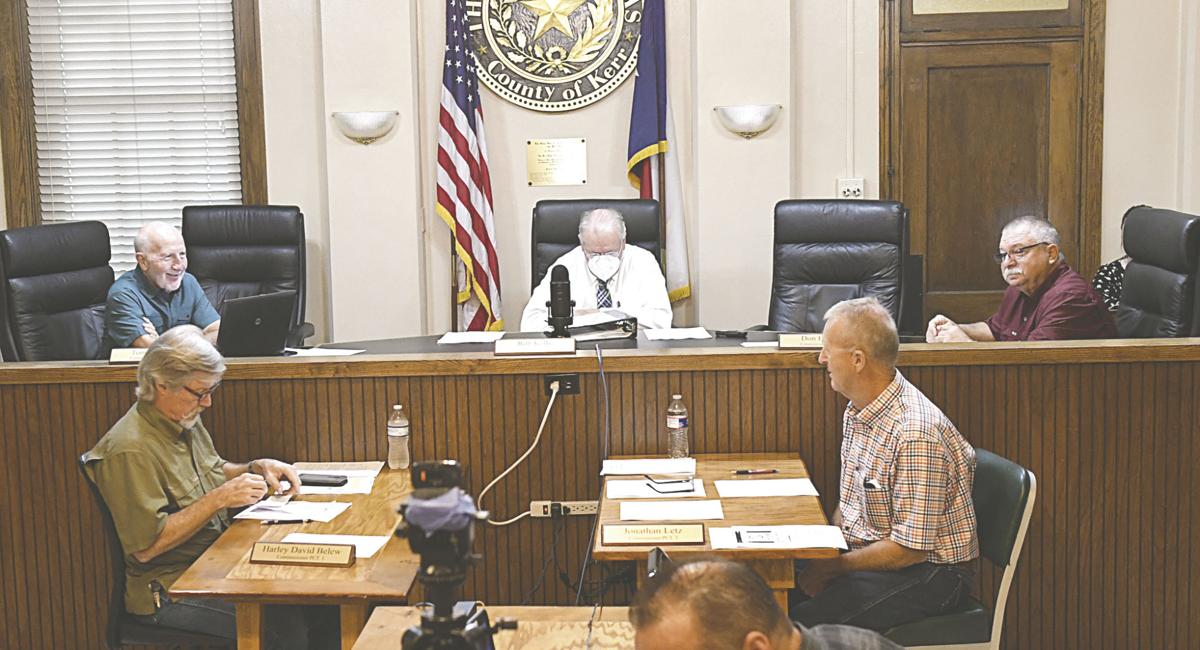 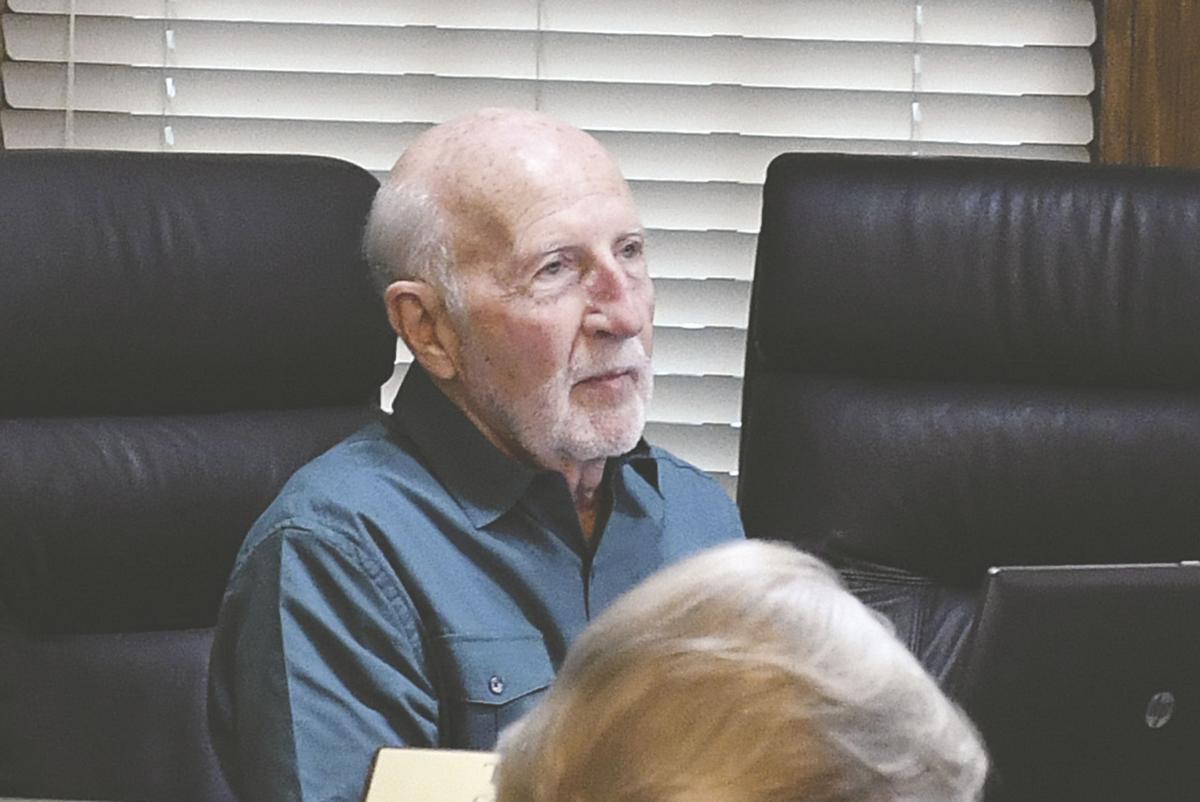 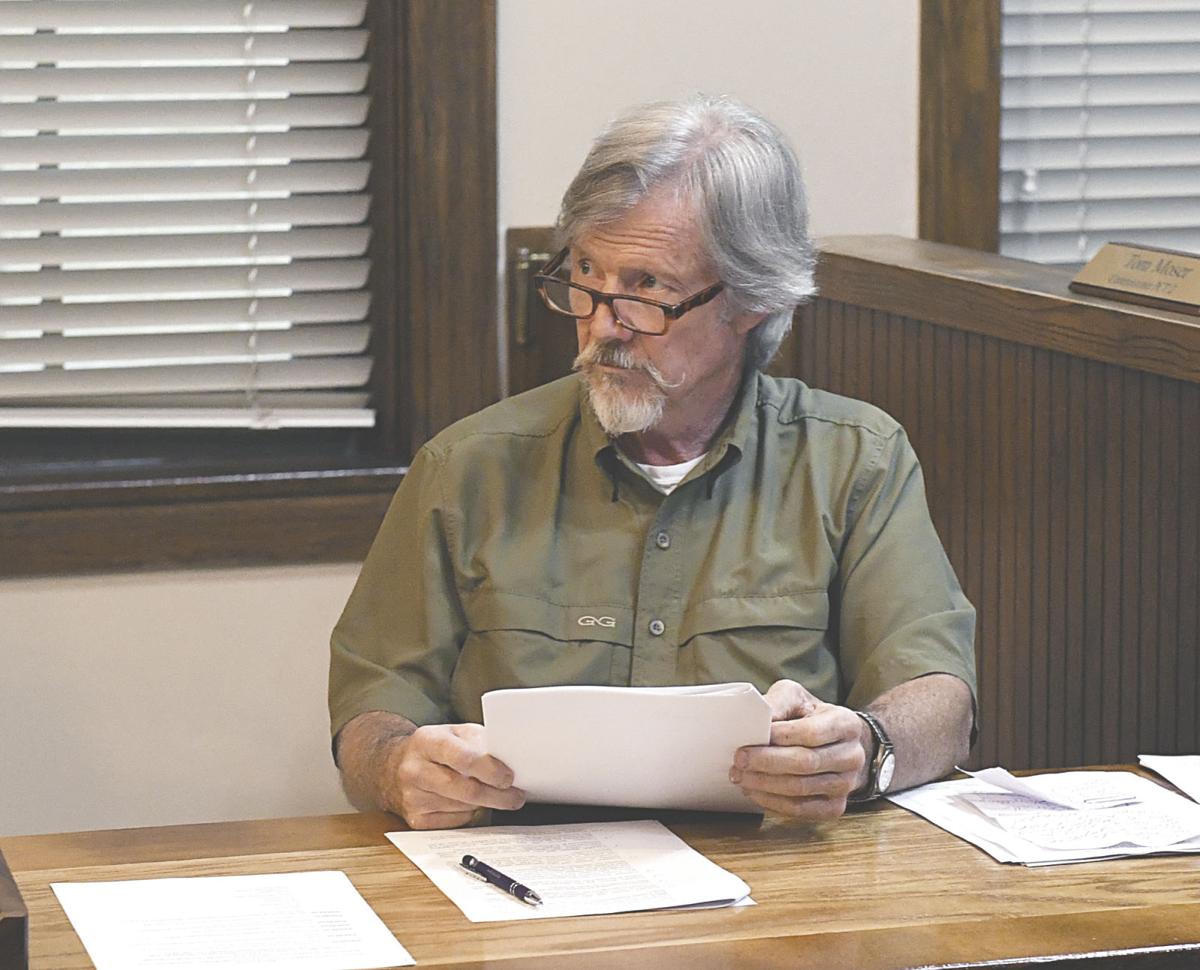 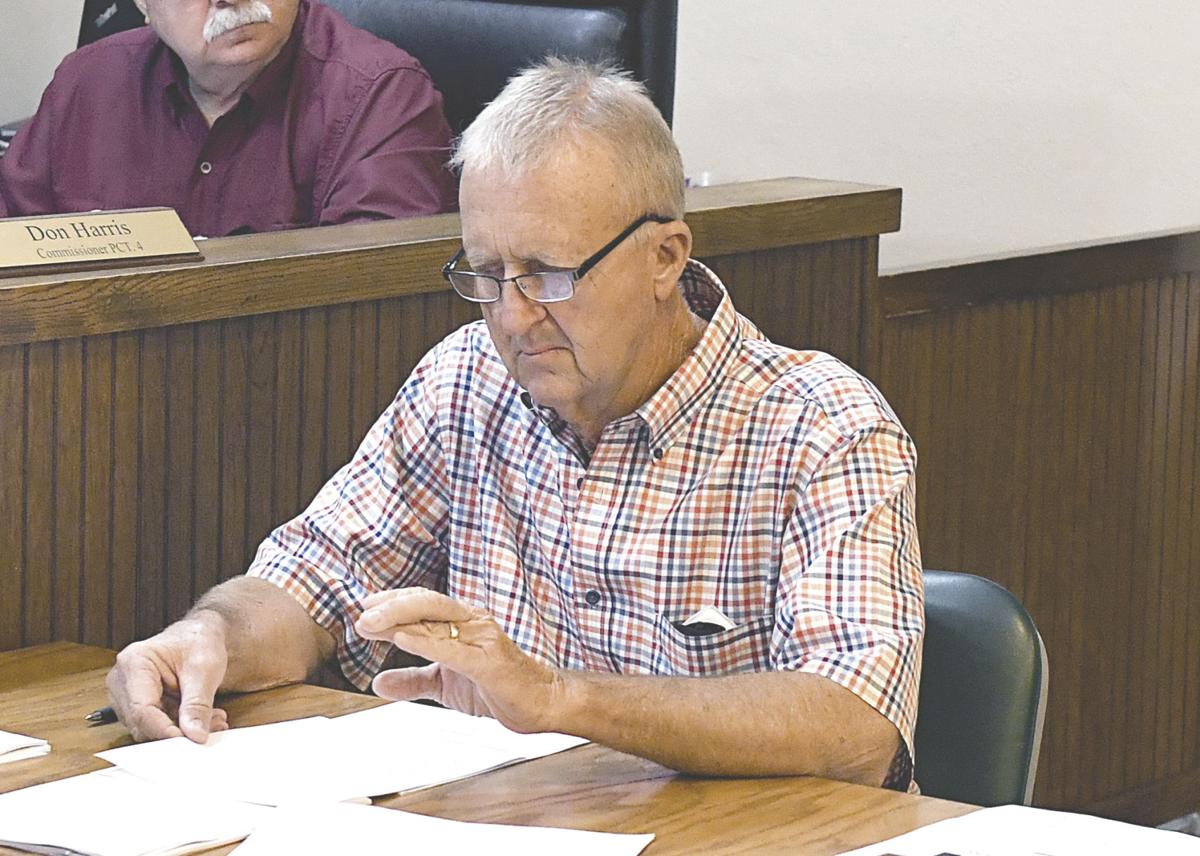 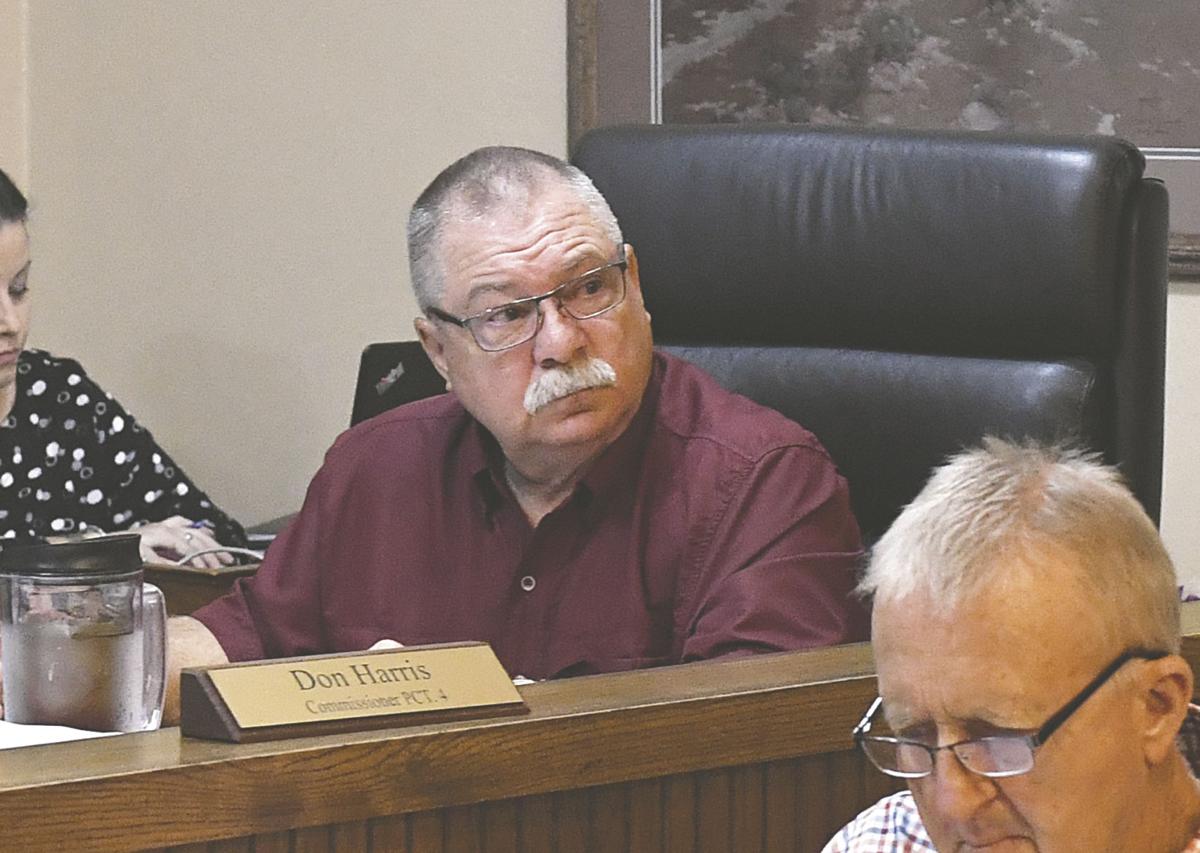 Businesses will not be required to mandate the wearing of face masks for their employees and customers — at least not at this time. Kerr County Commissioners Court decided unanimously on Monday to refrain from supporting such a face-mask order, but the city of Kerrville could take its own action.

In what was the most lively county government meeting in recent history, locals converged on the courthouse Monday morning to largely oppose a coronavirus infection-control measure recently implemented in larger cities.

Even the local sheriff sounded off on the issue, going so far as to say he wouldn’t enforce any order requiring businesses to mandate face masks for employees and customers. Kerr County Judge Rob Kelly had placed the matter on that morning’s agenda, he said, to solicit public comment.

“I have not seen yet where … making businesses have every patron or every employee wear a mask is constitutional,” said Kerr County Sheriff W.R. “Rusty” Hierholzer at the meeting. “When our country lets people go out and protest and tear up stuff and kill cops and injure cops and all that, and none of them go to jail for it, I’ll be damned if I’m going to put somebody in our jail for violating that.”

Hierholzer’s statement was met with significant applause in the first-floor courtroom, and also in the second-floor courtroom where people had gathered to watch the meeting as it was piped in on a large TV screen.

County commissioners received written, verbal and telephonic comments from the public on the issue both before and during the meeting. One person who called in said there might have been more public input in support of the order if they had felt safer leaving home amidst the pandemic.

Mask orders have recently been implemented in Travis, Harris, Bexar and Hidalgo and counties, among elsewhere. These measures come amid a surge of hospitalizations statewide for coronavirus infections, and when local infections also are surging — 28 new infections were reported in Kerr County since Saturday.

The decision could create some conflict between the city and county if Blackburn chose to enact a more restrictive order on masks, and Kelly made that clear on Monday. During an emergency declaration like the one Kerr County is under currently, Kelly would be the ultimate decision maker and could both enact his own order without the approval of the court, or overrule Blackburn on a decision he could make about masks.

Blackburn said that he’s been hearing from people all weekend about the need for a mask order.

“My decision on masks is really independent of what the county commissioners have done,” Blackburn said Monday. “It is a real dilemma. I am getting emails, letters, calls every day. People who say please issue a mandate for all the businesses to have masks. And what they say is, ‘I’ve got an underlying condition’ or ‘my child does.’ And one woman wrote to me about her two-year-old Down Syndrome child who has a compromised respiratory system. And I am hearing from people who are very concerned and very scared because they don’t’ want to walk into places where people don’t have masks.”

But Blackburn said a mask order would be effectively unenforceable, as the governor banned civil or criminal penalties for non compliant business. Blackburn added that regulatory agencies would be unlikely to take action against non-compliant businesses.

In response to criticism over a Facebook post where he called on people to avoid patronizing businesses that don’t require face masks — some of this criticism was heard at Monday’s commissioners court meeting — Blackburn said his intention only was to emphasize the freedom people have in choosing where to go.

“If somebody comes to the door of a business and sees nobody is wearing a mask, they have the freedom to go elsewhere,” Blackburn said.

Precinct 2 Commissioner Tom Moser, who represents retirement communities in Comanche Trace and Riverhill, said probably 95% of the comments he received were in favor of a mask order. Most of the pro-face-mask order people who phoned in to commissioners on Monday, or who appeared in-person, were older and therefore at higher risk of severe complications from infection. The pro-order seniors who arrived in-person wore face masks, while those opposed to the order did not.

However, Moser ultimately voted along with the other members of the commissioners court to oppose a mandatory face mask order. He even said that before the public comments, he’d been poised to make a motion in support of a face mask order.

“But after listening today — which I thought was very, very informative — I think that there is — the use of masks present false security, listening to scientific data people presented,” Moser said. “I think there are ways for elderly people to protect themselves. And speaking as an 80-year-old-plus person, I’m careful about what I do. So therefore, I’ve changed my position after listening.”

Those who supported the proposal included a consortium of downtown Kerrville businesses, a former county judge, and at least one senior citizen who said she felt unsafe traveling from her home unless people were required to wear masks.

Those who opposed the proposal included a surgeon, several business owners, and a mother who said eight of her 10 children have asthma and can’t wear masks.

The meeting can be viewed at DailyTimes.com.

Gov. Greg Abbott, who recently issued an order closing bars, along with implementing other infection-control measures, has given local jurisdictions some latitude. He empowered county judges and mayors to authorize, on a case-by-case basis, outdoor gatherings of more than 100 people. Abbott’s order, issued Friday, prohibits such gatherings without local approval. But both Blackburn and Kelly have said they don’t intend to authorize any such gatherings.

Abbott also empowered mayors and county judges to issue face-masks orders of the sort under consideration Monday. Therefore, Kelly has the authority to unilaterally issue a face mask order, but he said he didn’t want to contradict the collective will of the commissioners court or his colleagues’ constituents.

The issue of face masks has proved to be a divisive issue nationally and locally, Blackburn and Kelly observed.

“I think we need to be patient with one another and try to understand where other people are coming from,” Kelly said. “We need to be patient, understanding, respectful and considerate of one another. And if both sides of this issue will do that, we’ll get along a lot better and we’ll unite as a community. And that’s been the real purpose of this exercise … we’ve given everybody the opportunity (to provide input).”

gene here: I have a hard time respecting what other people think when their actions endanger me, and what they think is based on ignorance.

Never thought I would say it, but I am thinking I am starting to appreciate our mayor more than ever. The county commissioners, aka the Kerr County chapter of the Flat Earth Society, has deemed more knowledgeable men and institutions as unworthy of their trust. Sounds like our national leadership - which i will vote for again. But I will choose not be supporting any incumbents at the county level again.

Reminds me of the guy who was asked what he was doing here. He says, "I was looking for some intelligence but I haven't found any yet."