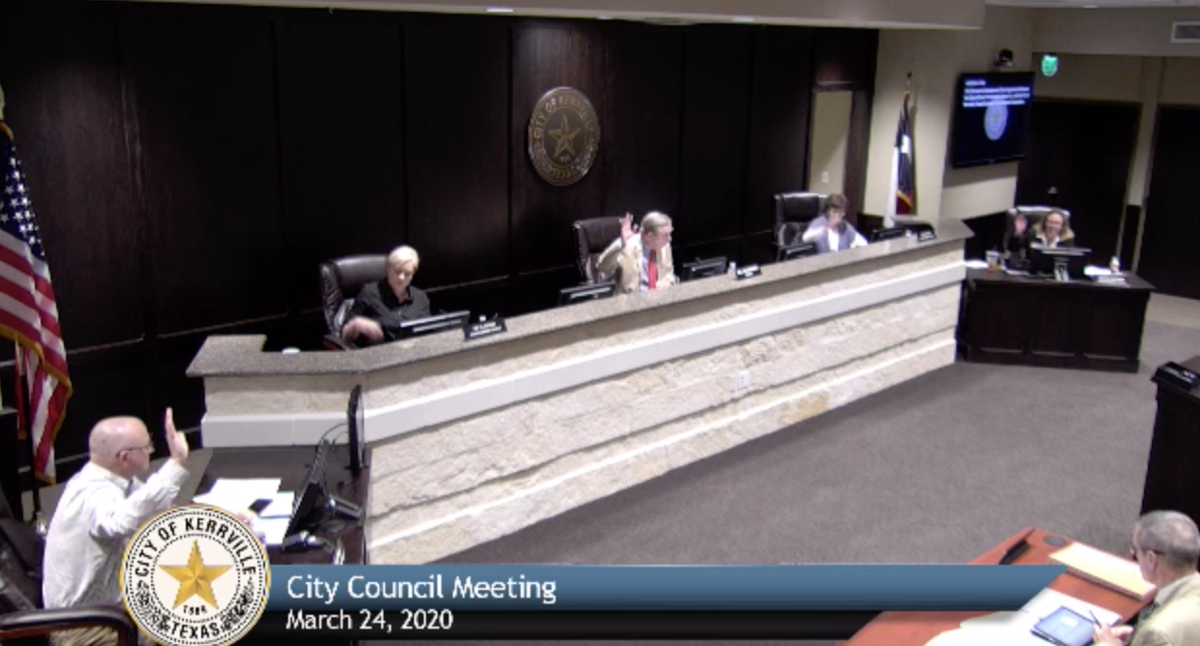 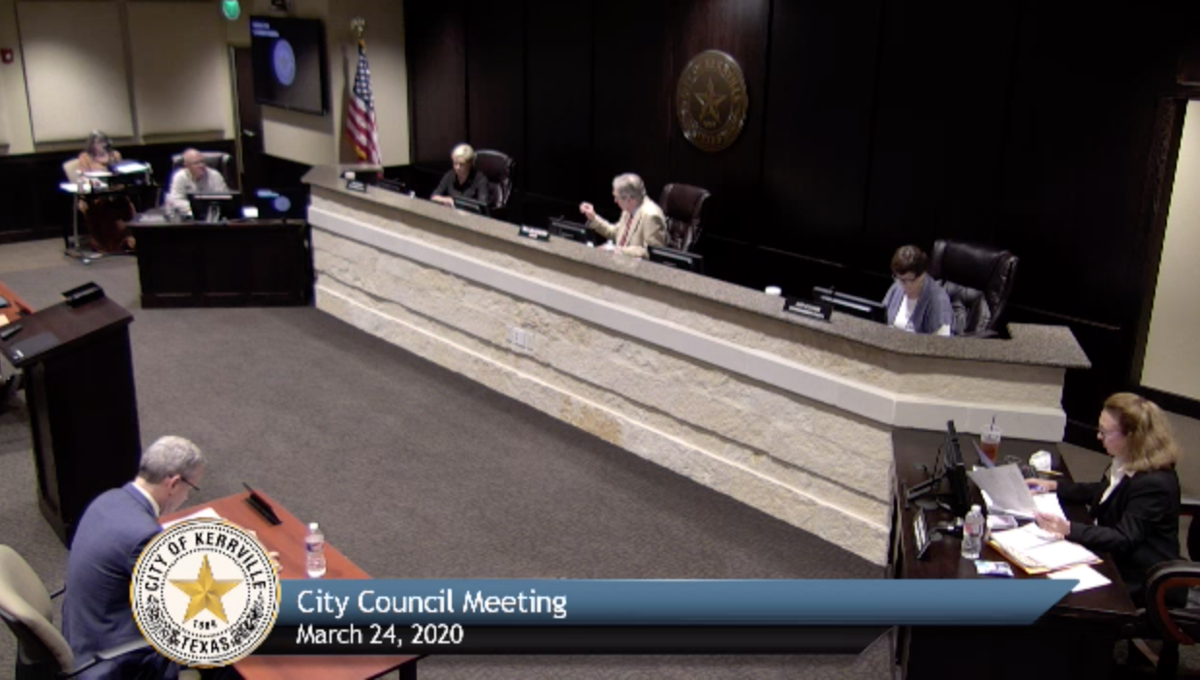 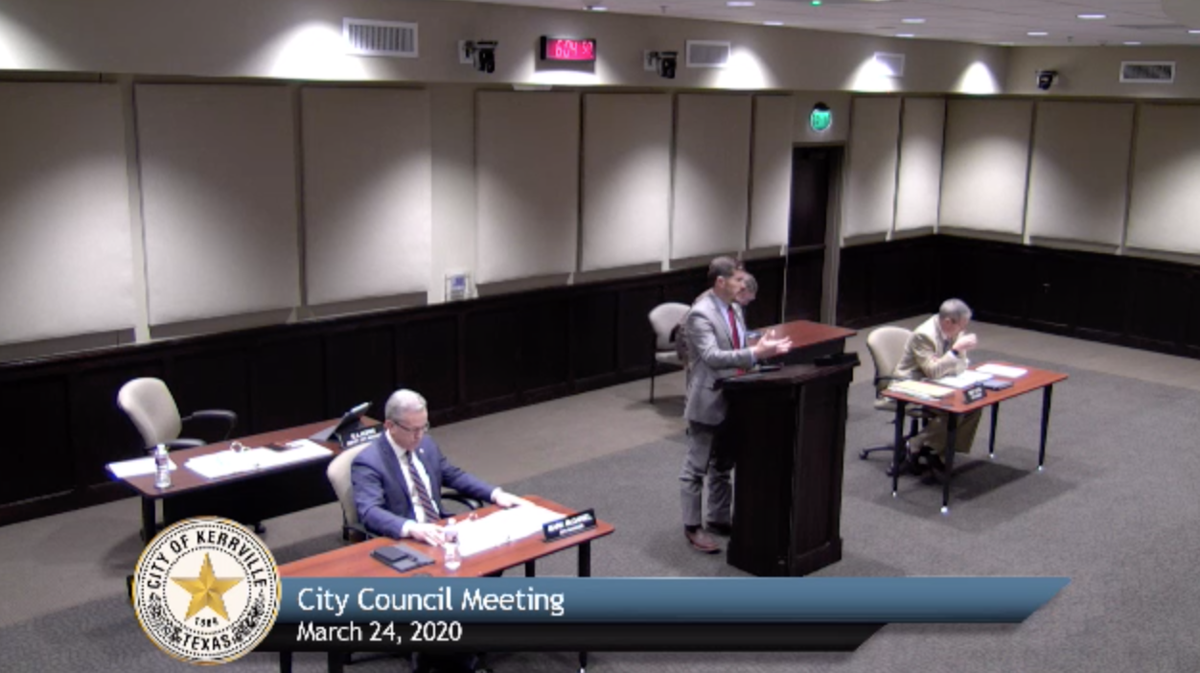 The Kerrville City Council made the initial move on Tuesday night to move the city’s election from May to November in response to the coronavirus pandemic.

Originally scheduled for May 2, the city council voted unanimously to put a resolution on the agenda for the council’s meeting next month to formalize the move to Nov. 3 — the same day as the U.S. general election.

“I think it’s the right thing to do,” said Judy Eychner, who along with Delayne Sigerman is facing re-election.

Mayor Bill Blackburn made the motion to move the election. The decision has the support of Blackburn’s challenger for mayor — David Barker. Brenda Hughes and Roman Garcia, who are challenging the incumbent councilwomen, have also voiced their support for the move.

Tuesday night’s meeting was a milestone meeting for the council because it was held without an audience thanks to the coronavirus pandemic. Instead, those who wanted to make comments to the council were routed in through a teleconferencing software, which seemed to work seamlessly.

It’s just another example of how quickly life has changed in the city of Kerrville with the pandemic encroaching on the Hill Country.

During the meeting, Fire Chief Dannie Smith gave a presentation about the city’s response to coronavirus, including working with Peterson Health to stand up a Kerrville-based testing center. Currently, those who meet the coronavirus criteria can be tested by their primary physician, Peterson Regional Medical Center or at Peterson’s Urgent Care. Those results, however, have to be processed in San Antonio or at state-run facilities.

Smith said there are no reported cases of COVID-19, the virus caused by the coronavirus, but that the situation continues to change around the state of Texas.

The council also unanimously agreed to spend $500,000 from the city’s Economic Improvement Corporation to make a significant renovation to the Doyle School Community Center.

There were at least two public comments questioning the expenditure during the economic chaos caused by the coronavirus pandemic, but Eychner and Sigerman both said it’s a critical need for the future of the community.

“This is going to enhance our entire community,” Eychner said.

The project, which is also being supported by other large philanthropic groups, will cost about $1 million, but will also restore some of the historic character of the school — once the only place where black children could get an education in Kerrville before desegregation.

Now that the elections have been postponed until November--more than seven months from now--I hope all of the candidates will remove their signs until closer to the elections. Likewise for county candidates if their elections are also delayed until the fall. Our beautiful spring flowers will be much more enjoyable without them.

Oh yes I am sure that is at the top of their to do list right now. What could be more important than that?