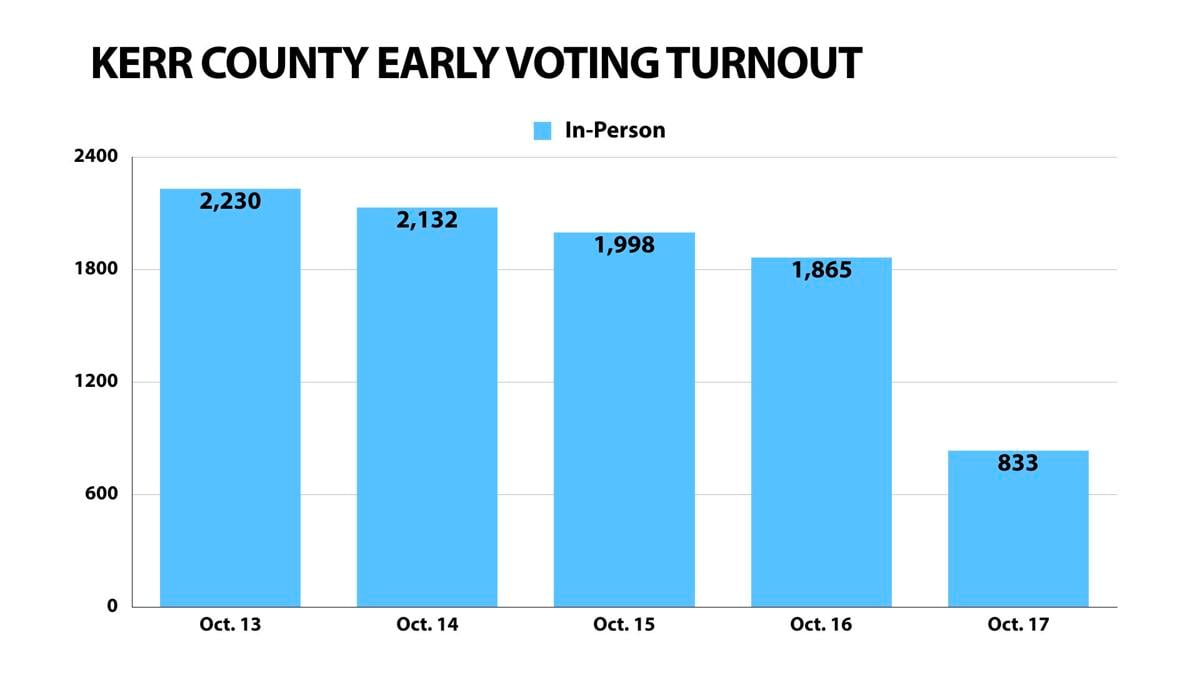 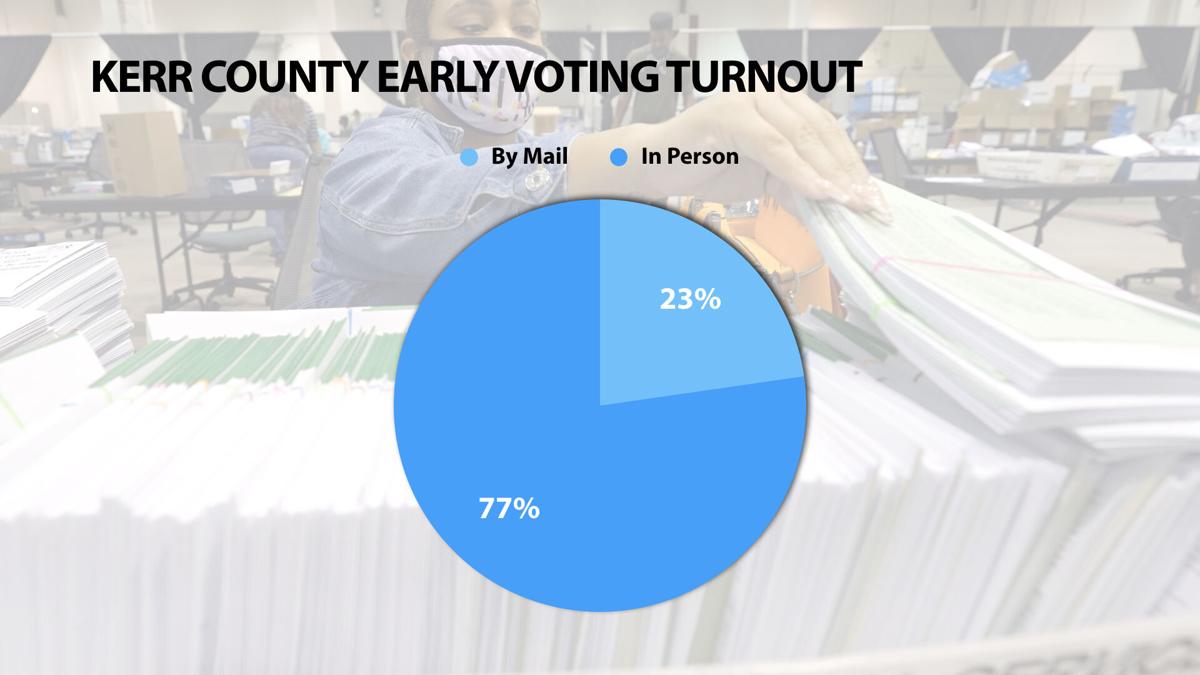 The turnout for the 2020 election has been huge in Kerr County after the first five days of early voting, and the county had 31% of its registered voters casting ballots.

However, the Kerr County voting was not without a hitch and  Bob Reeves, the county's registrar, said the they are working to resolve ballot mixups in the City Council race.

"We know of a few instances where the voter realized a particular race was not on their ballot," Reeves said in an email. "These voters (had not scanned the ballot) have been allowed to 'spoil' their ballot and vote the correct ballots."

Kerrville City Council incumbent Delayne Sigerman and Mayor Bill Blackburn said they were aware that some residents, mostly who live in Comanche Trace, were given incorrect ballots that did not include the city elections.

In a call to The Kerrville Daily Times, Blackburn said he thought the incorrect ballots was an accident, attributing the mistake to a poll working not realizing that Comanche Trace was in the Kerrville city limits. In a social media post, Sigerman urged people to make sure they had the right ballots.

Sigerman and mayoral challenger David Barker are both residents of Comanche Trace.

"We are looking at the issues regarding Comanche Trace to figure out how this might have happened," Reeves said. "With the exception of approximately 30 voters, all of

that voting precinct (#220) is in the city of Kerrville. Those 30 ballots are not kept at the table with the city ballots."

Reeves said it was important for people to check their ballots before making their vote.

"The ballots are printed on the front and back," Reeves explained. "The local races and issues are on the back side of the ballot. I urge the voters to inspect their respective ballots."

Even with a potential mistake, Kerr County’s enthusiasm to cast votes at the Hill Country Youth Event Center and the Ingram Independent School District was among the strongest in the state of Texas. In counties with more than 30,000 registered voters, Kerr County had the best turnout with more than 9,000 people casting votes in person, and another 2,600 casting votes by mail.