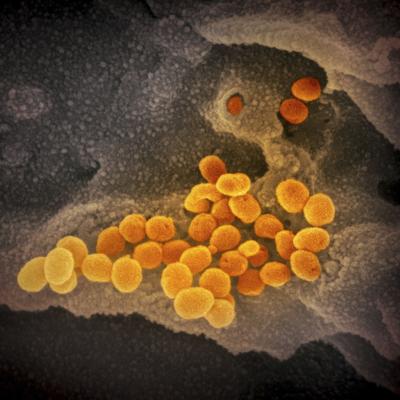 The running total of active COVID-19 cases has increased in Kerr County by 127 since Dec. 14, which means new infections are outpacing recoveries, according to local officials.

As of Tuesday, 1,839 county residents had recovered from the virus since the pandemic began, and 435 had active infections, according to the latest information from the county. The local infection rate was 26 percent as of Dec. 21, according to Kerr County’s Emergency Management Coordinator William B. “Dub” Thomas.

Dub measures infection rate based on the number of people who last tested and were deemed positive during the last recorded testing day.

“Every way we look at this situation, we’re still heading in the wrong direction here locally,”  Thomas said in a press release. “I’ve expected an increase in cases, but not to this magnitude. We’ve seen infection rates in the double digits since early November, and I don’t see them falling into the single digits for quite some time. This may be the season of giving, but we need to do all we can to stop the giving of this virus to each other.”

Peterson Regional Medical Center had 26 people hospitalized with the disease as of Wednesday, according to its website.

According to the New York Times’ interactive table populated by U.S. Department of Health and Human Services data, PRMC had 19 people in ICU with COVID-19 and one ICU bed available. Hill Country Memorial Hospital in Fredericksburg had eight COVID-19 patients in ICU with no ICU beds available.

One person died from COVID-19 on Friday at PRMC, one fatality was reported in recent days at the state hospital, and one county resident died in San Antonio, bringing the county’s death toll to as many as 57. In data analyzed by The Kerrville Daily Times, the death toll consists of reporting from Peterson Health, the Texas Department of State Health Services, Texas Health and Human Services, Veterans Affairs and Kerr County. Among these agencies, there’s some disparities in death figures. The reporting acknowledges there may be some duplicate deaths, but it also means an undercount is possible because DSHS doesn’t differentiate between deaths recorded at hospitals outside of Kerr County and those from Peterson.

Editor's note: Added, "The running total of active COVID-19 cases has increased in Kerr County by 127 since Dec. 14, which means new infections are outpacing recoveries, according to local officials."

“Given our high numbers of COVID-19 cases that have been pouring in the past few weeks in Kerr County, we agree that the CDC’s guidelines spell out the safest way for you to spend this Christmas,” Kerr County’s Emergency Management Coordinator William B. “Dub” Thomas said.

Thomas said he understands that many folks will behave to the contrary and not follow these guidelines. His recommendation to them is to keep their guest list small (10 or fewer people) and that they “encourage the wearing of face masks (over nose and mouth) around each other at all times and continue to observe the six-foot social distancing rule, both outside and indoors, if possible.

“Since faces need to be uncovered while eating, we suggest separating your guests into a few smaller tables, rather than one big table where people are very near one another,” said.

He suggested families seat people from the same households with each other at those separate tables.

“That will be one thing you can do to help keep everyone safe,” Thomas said.

He said one last recommendation that he especially appreciates is to stay home if you’re not feeling well or think you’ve been exposed.

“This year, I’m sure people will understand. You have to do what’s right for you,” he said.

Safety tips for everyone

It amazes me that the businesses in Kerrville are not enforcing their own face mask policies. Many businesses have it posted on their doors and HEB even has a recording that is played periodically at each of their entrances. Face mask requirements are a Texas State Ordinance that is NOT enforced.

It’s time we call out our community government and the businesses that we frequent when they are clearly not following the CDC Guidelines and their own policies which are posted on their own doors.

I have politely asked people why they are not wearing a face mask. Some get angry…. Here are a few of the comments I’ve received:

“Why should I? It’s no big deal… it’s like getting the flu or something.”

“Well, everyone else is wearing masks, so me and my family are protected…right?”

I go grocery shopping at the little HEB on Sidney Baker. I remember when this started, you could not get in the door without a face mask and if you didn’t have one, they would give you one. Not anymore. I asked the manager if he cared that so many people weren’t wearing face masks? He said “of course we care but we can’t force people to wear them.”

Excuse me, but aren’t most businesses able to refuse service to anyone?

Here are the rest of the businesses that do not enforce their own policies which are posted on their own doors – Specs - Pet Supplies Plus (stock employees don’t wear masks and are on the floor without a mask) – The Shell Mini Mart on Junction Highway is an exception… they have nothing posted on the door. Most of the employees wear masks but the customers don’t. I go to the other Shell station on Main now.

I guess stupidity should be added to the unalienable rights list.

It’s going to many, many months before the vaccine starts to kick (the politicians are good to go though 😊) Between now and then I personally do NOT want to spend the last days of my life ALONE on a ventilator in a hospital.

Peterson has reported well over 250 cases since Dec 14. Plus how many cases from other testing facilities. It seems like the city and county uses the lowest count they can find. All these new cases are on the heads of those who are not following CDC

guidelines. There are businesses and members of the Chamber who are not protecting the public. They should be called out

I agree, Mr. Wesseling. People are getting the message that COVID19 is not that serious, so therefore, they are not practicing safety protocols as seen by some pictures of our county leaders and as you stated, the Chamber of Commerce. Thankfully, the vaccine is here, but it will still take a while for it to take effect. 432 active cases is 432 too many. According to a food delivery service, some restaurants are closing their indoor dining again and offering take-out only. Businesses SHOULD be able to enforce mask wearing, but are afraid to do for fear of lawsuits and violence. There should be NO DEBATE when protecting your employees and customers. If people refuse to wear one, even when offered, they SHOULD NOT be allowed inside. You have to wear a shirt and shoes to go inside a business, so what's the big deal with wearing a mask?! Until these people get the virus and/or their lived ones, they can't see "beyond their nose" because their denial is so strong. Yes, those people and businesses should be called out and the mask order NEEDS to be ENFORCED!!! It is NOT a matter of feelings, it is a matter of lowering the cases, death toll, and keeping people safe, especially those that are vulnerable, seniors, and those with health issues. But, unfortunately, nothing, so it seems is being done, so cases will continue to rise as well as the number of deaths. Which is more important...people's feelings and rights or the health and safety of our citizens?!