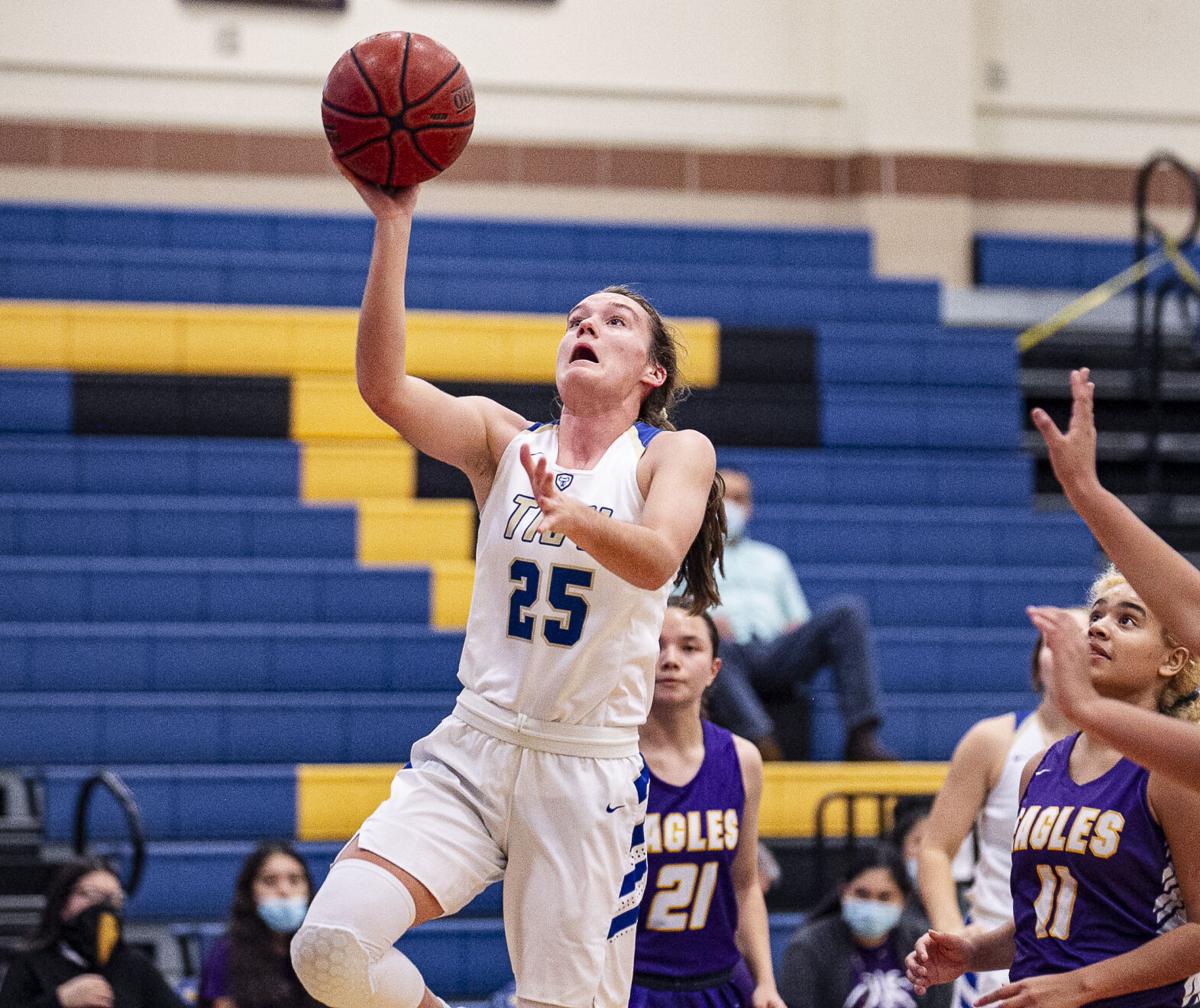 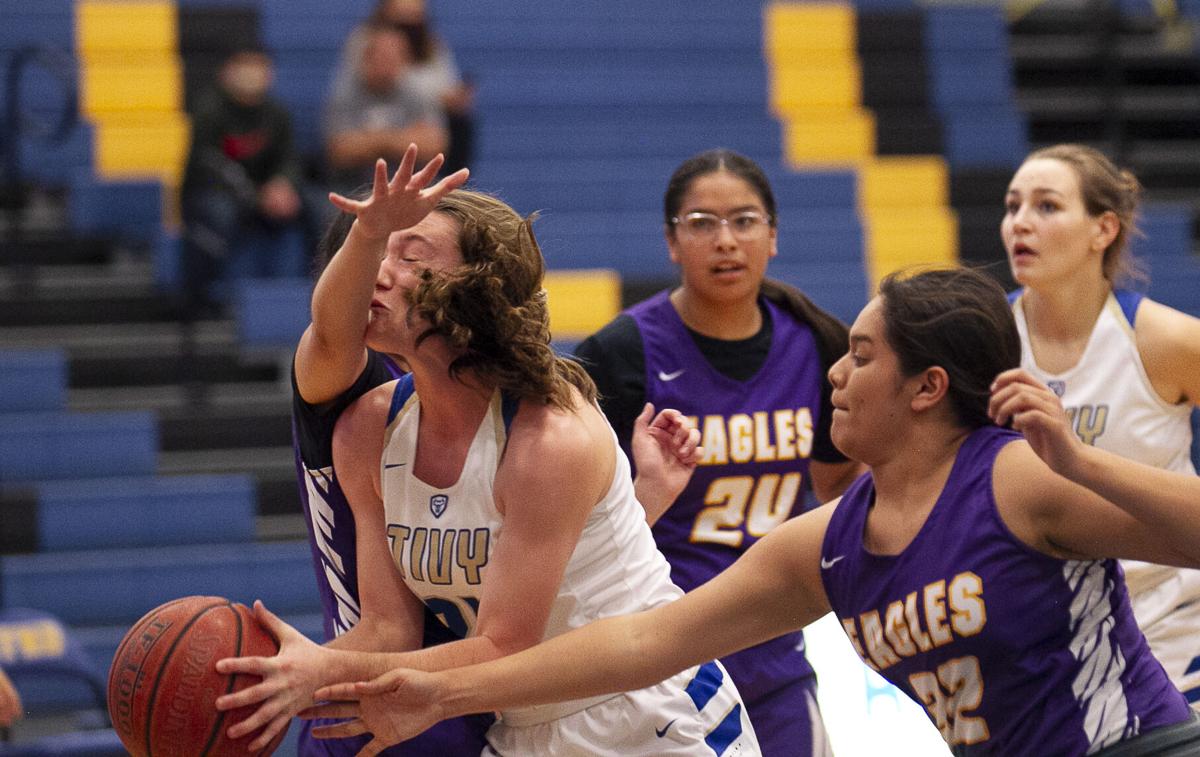 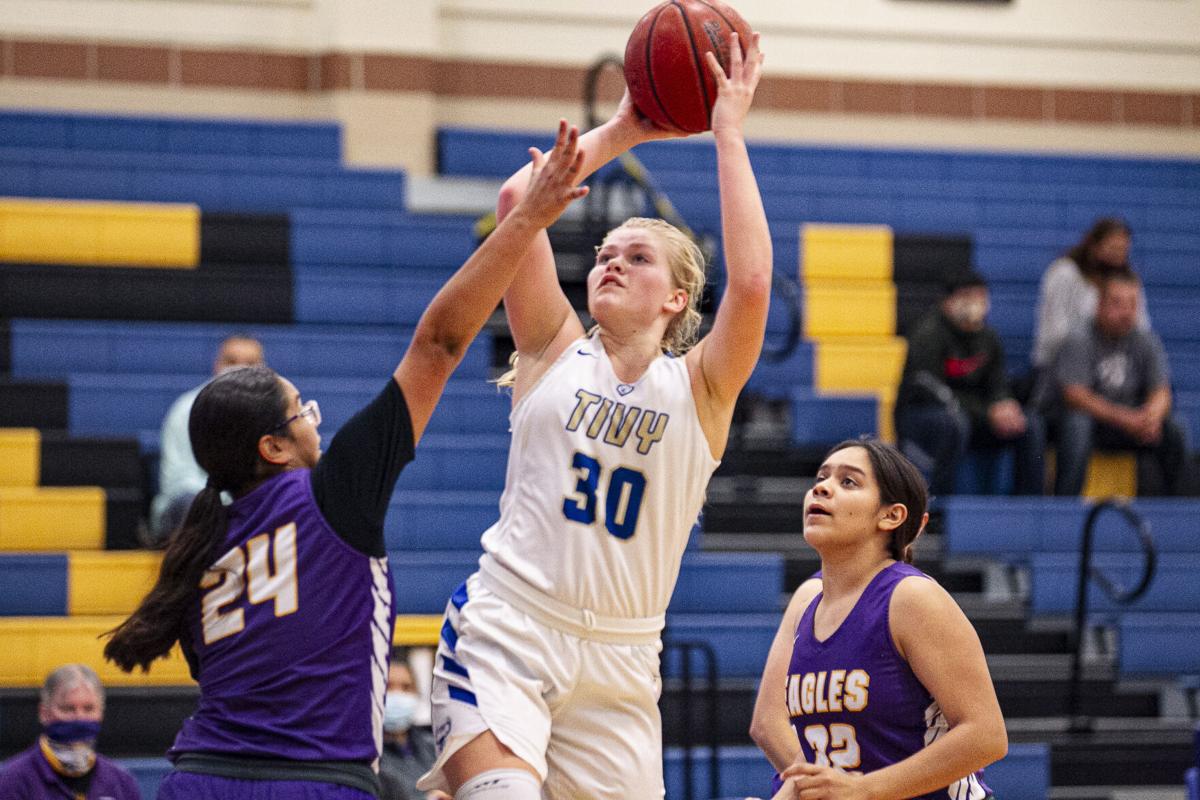 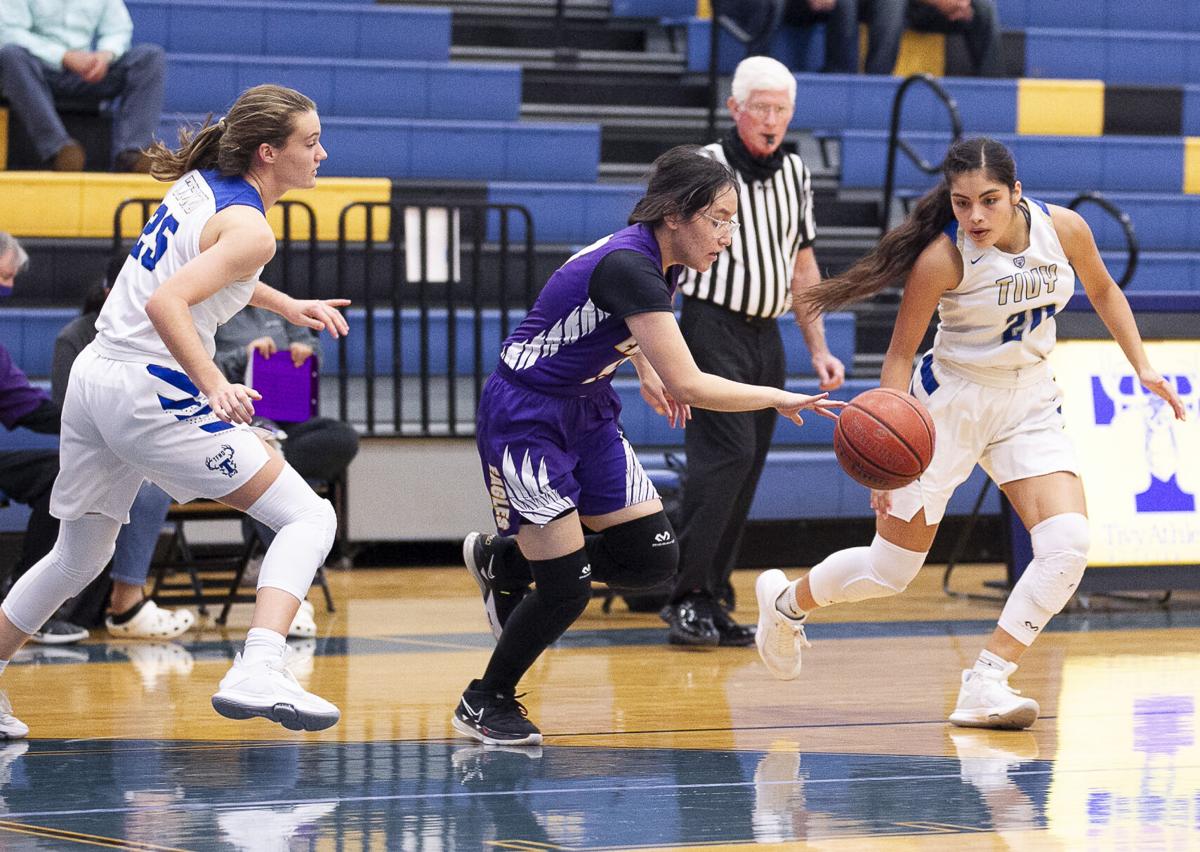 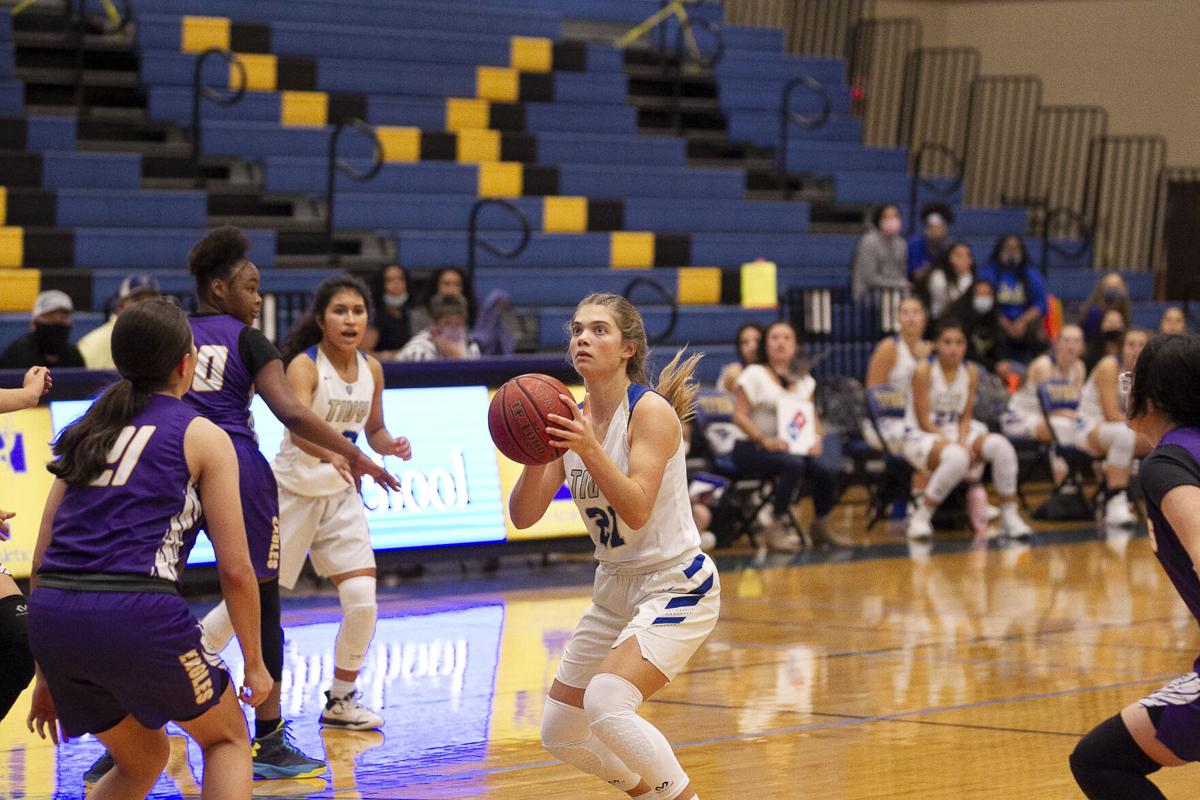 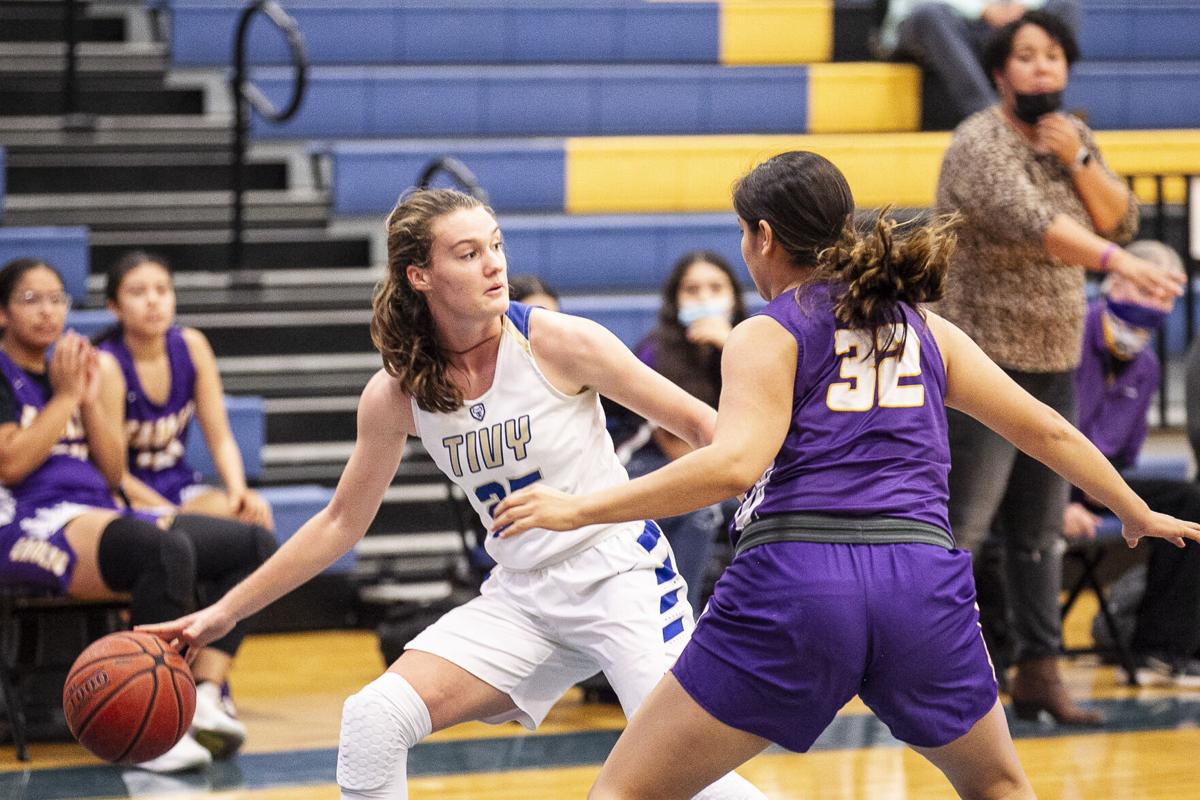 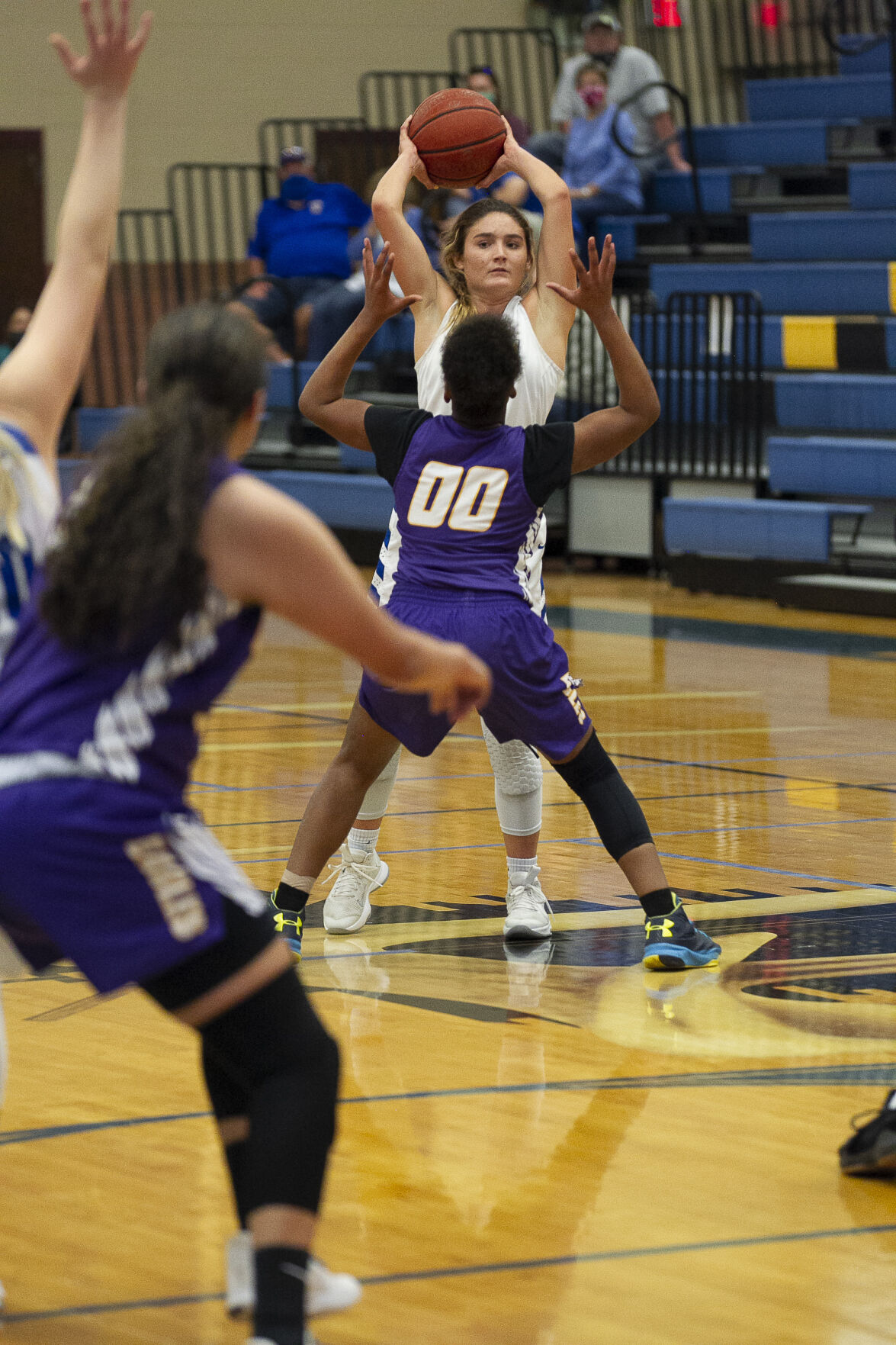 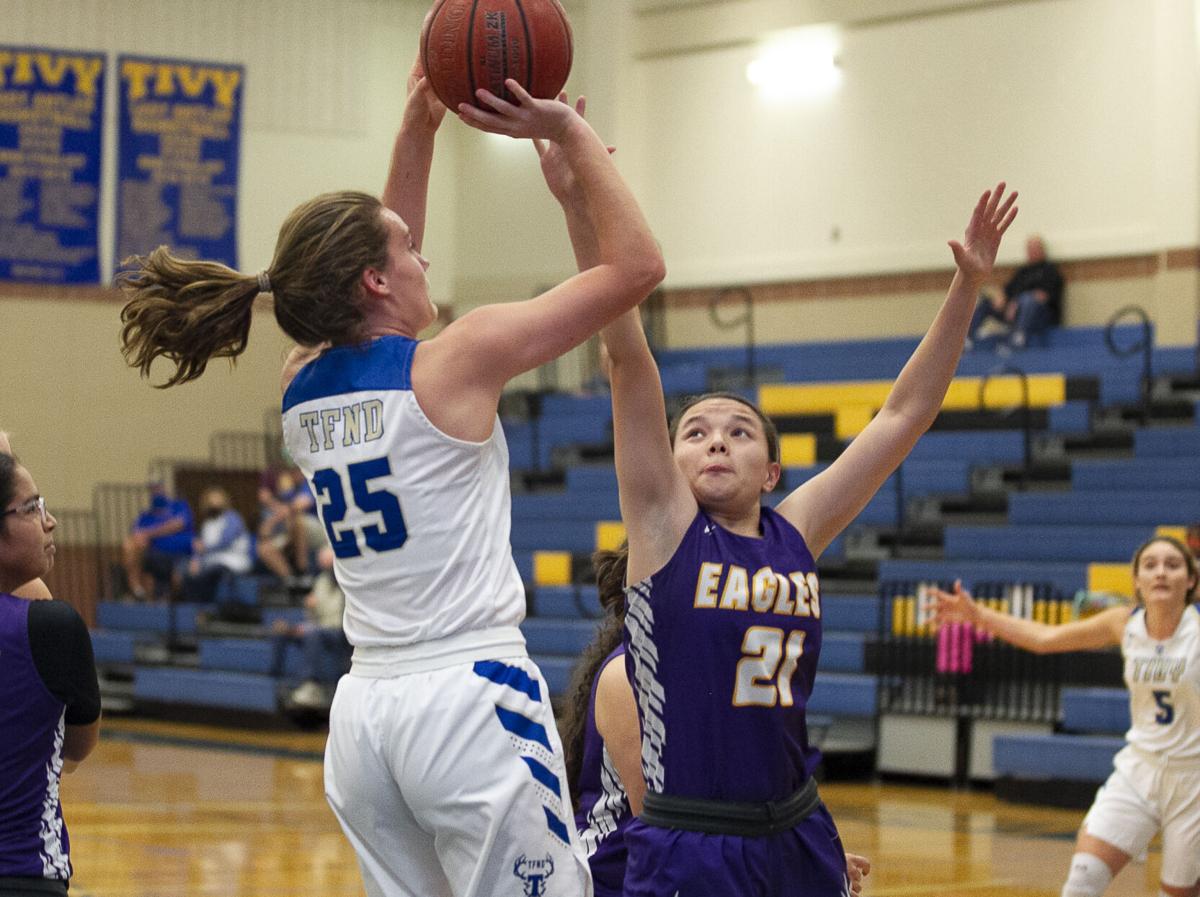 Tivy girls basketball coach Christy Dill saw plenty of things she liked on Friday night from her team, but it was mostly a tenacious defensive effort.

The host Antlers used a trapping press, packed into a nice zone and limited visiting and winless Brackenridge to just 23 points, including shutting the Eagles out in the fourth quarter.

“Defensively, I felt like we did a really good job,” said Dill, whose team is off to a 2-3 start on the season. “We are trying to put a lot of different people at different positions. We’ve been trying to figure each other out and the rotations. It’s going to take some time but tonight they played hard.”

It took a bit for the offense to warm up on Friday, but the Antlers swarmed to the pull and forced numerous turnovers against the Eagles.

The defensive pressure was unrelenting from Tivy all night and the Antlers limited the Eagles to just eight points in the second half. Brackenridge’s only offensive bright spot was Emily Ayala, who scored 12 points, including three 3-pointers.

After an 0-3 start, Friday night’s win was the Antlers second straight after beating Cornerstone Christian in San Antonio on Thursday. In that matchup Tivy jumped to a 16-11 lead after one quarter led by Cassidy Harmon who hit a three point shot and Ashlee Zirkel who scored four points during the run.

The Lady Antlers outscored Cornerstone 13-6 to lead 29-17 at the half.

Cornerstone's A. Pena hit a three point bucket which was the only basket of the third quarter before Tivy pulled away with the impressive victory.

Tivy gets its first win of the season and is 1-3 this year.

Ashlee Zirkel led the team in scoring with 10 points.

Riley Dill and Stella Hendricks added eight points to round out the top scorers for Tivy.

Tivy shot 50 percent going 6-for-12 from the free throw line.

Would you take the COVID-19 vaccine if it was available?

Later this month, the FDA will consider approval of two vaccines made by Pfizer and Moderna. Current estimates project that no more than 20 million doses of each vaccine will be available by the end of 2020. Each product requires two doses. Would you take this vaccine if it were available to you?