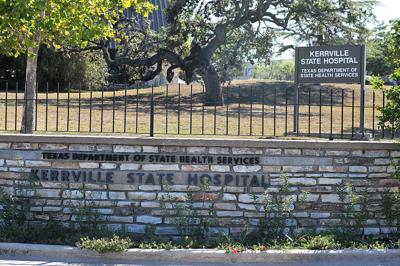 A 70-bed maximum-security unit is being constructed at Kerrville State Hospital and could bring 260 new jobs to the area, according to the Texas Health and Human Services Commission.

Construction crews are transforming two vacant buildings on campus into a maximum-security forensic unit, states a press release from the HHSC. The new unit, expected to be completed by September 2021, will add 70 beds to the hospital’s existing 220-bed capacity. When finished, Kerrville State Hospital will become the third state hospital in Texas to offer maximum-security beds.

The new jobs will include positions such as psychiatric nursing assistants, nurses, psychiatrists, psychologists, social workers and support service positions for the kitchen, laundry, maintenance and security areas, according to the HHSC.

The expansion is part of a $745 million investment from the Texas Legislature and Gov. Greg Abbott for the construction and renovation of state psychiatric hospitals in Austin, Kerrville, Rusk and San Antonio, as well as a new hospital in Houston.

“This project is an investment in the community and in the patients we serve,” said Tim Bray, Texas HHS Associate Commissioner for State Hospitals, in the release. “This state-of-the-art unit will support us as we continue providing the very best inpatient psychiatric care to people with mental illness.”

Kerrville State Hospital, which is about 50 miles Northwest of San Antonio, provides inpatient psychiatric services for patients on a forensic commitment, which includes people who have been ruled incompetent to stand trial or found not guilty by reason of insanity. The hospital serves approximately 250 patients annually. Kerrville State Hospital is among 10 state hospitals that HHSC operates for people with mental health disorders.