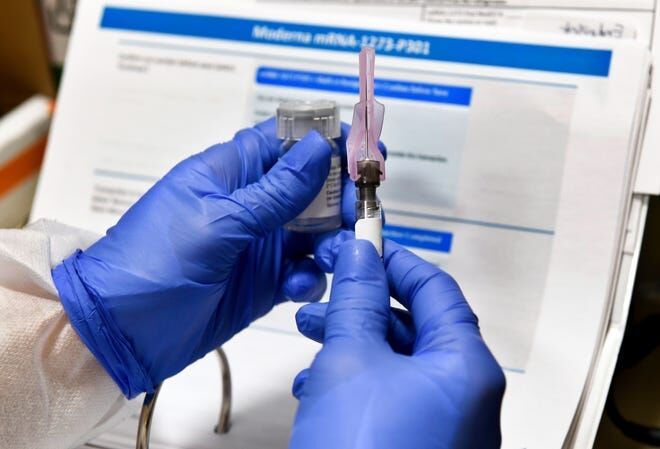 A shot is prepared as part of a possible COVID-19 vaccine developed by the National Institutes of Health and Moderna Inc. in Binghamton N.Y. 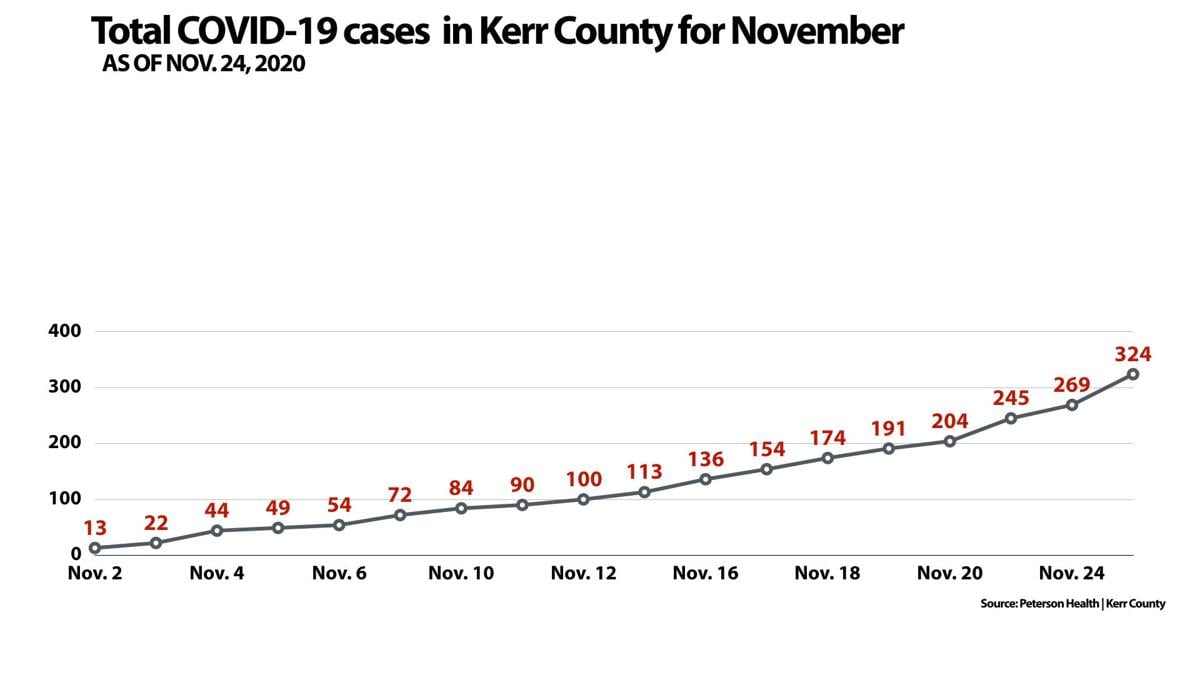 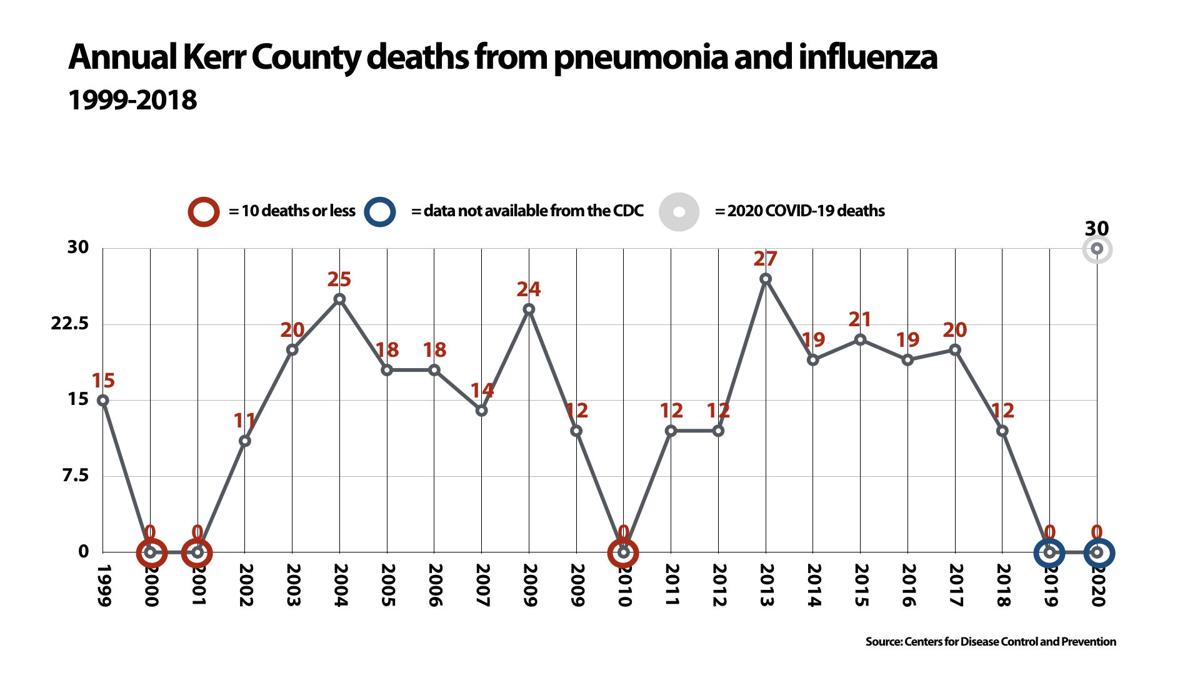 A shot is prepared as part of a possible COVID-19 vaccine developed by the National Institutes of Health and Moderna Inc. in Binghamton N.Y.

The toll that coronavirus is taking on Kerr County showed itself on Monday — after the long Thanksgiving weekend — as the number of hospitalized at Peterson Regional Medical Center jumped to a record number of 24 people.

If there was some good news, it was that only

55 people tested positive between Wednesday and Monday morning — a number lower than expected based upon the trends for the month.

However, Peterson Health did test more than 400 people for the virus during the holiday weekend, and it did return a positivity rate of 13%.

Dr. Mack Blanton, the chief medical officer at Peterson Health, said the hospital is well-positioned to handle the cases and that it is prepared to dramatically increase the capacity of intensive care if needed.

During the surge of summer, Peterson was faced with a shortage of personal protective equipment and other critical supplies, but Blanton said those issues have been remedied through improvements in the supply chain.

The total number of people who required hospitalization in November is 31, but that’s based on a minimum number because Peterson Health does not break out those numbers on an individual basis.

Overall, Kerr County has had more than 1,200 people test positive for the virus, and has seen 32 deaths, including 10 at nursing homes.

Across the state, nearly 9,000 people were hospitalized with COVID-19, and that number was expected to grow in the coming days.

In the San Antonio region, which includes Kerrville, more than 600 people with COVID-19 were hospitalized.

Blanton said that Peterson Health has been allocated 12 doses of monoclonal antibody therapy, and he’s seen positive results from the treatment. Peterson is also expected to receive some of the same antibody cocktail that was given to President Donald Trump made by Regeneron. The hospital also has doses of remdesvir and plasma therapy to help treat those with the virus.

While the treatments are getting better, Blanton said the challenge remains that the virus is still active in the community, and it will still be some time before one of the three potential vaccines arrives in Kerr County.

“I will be first in line for the vaccine,” said Blanton, adding that the key to the success of the vaccine will be getting people to take the vaccine. “That’s the only way we’re going to get through this.”

The actual number of positive cases is as many as 200 people, but it’s unclear from the state’s data how many people tested positive during a recent testing event at the Hill Country Youth Event Center.