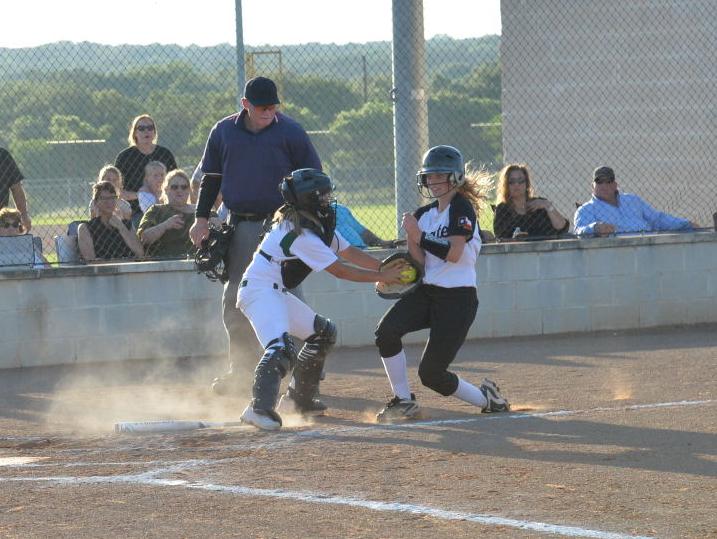 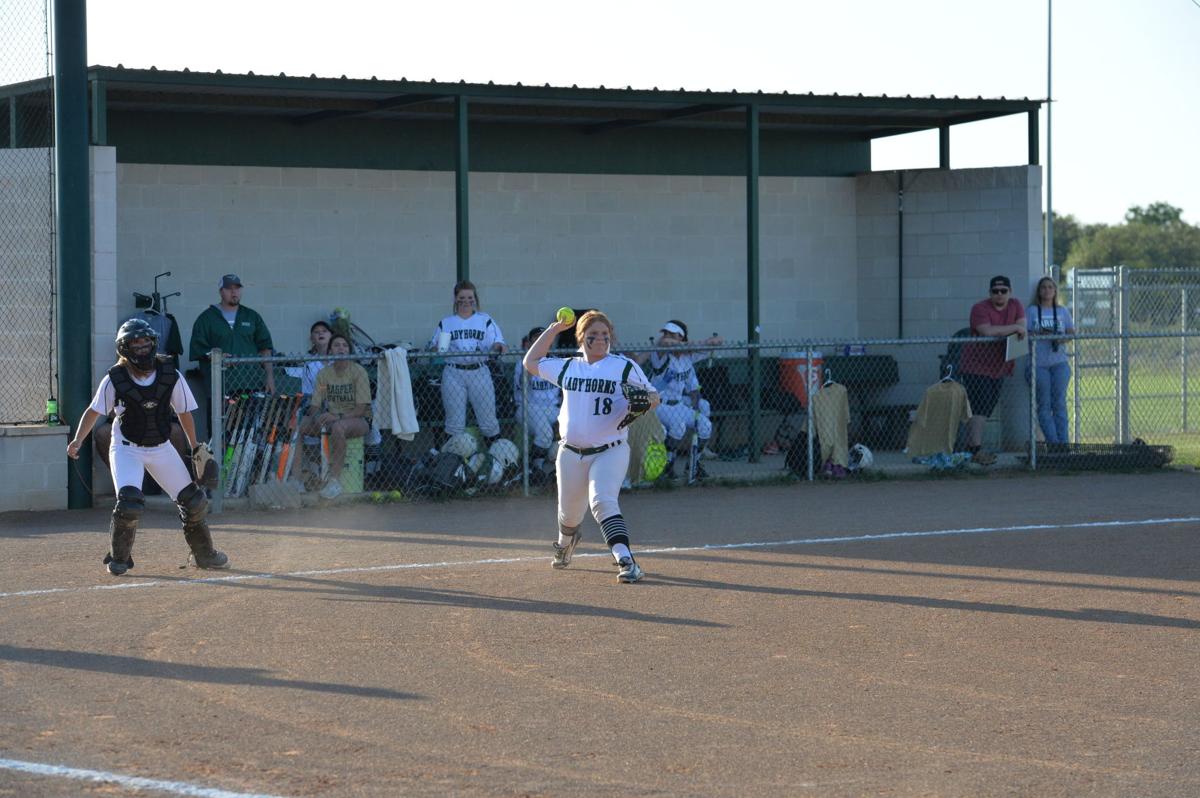 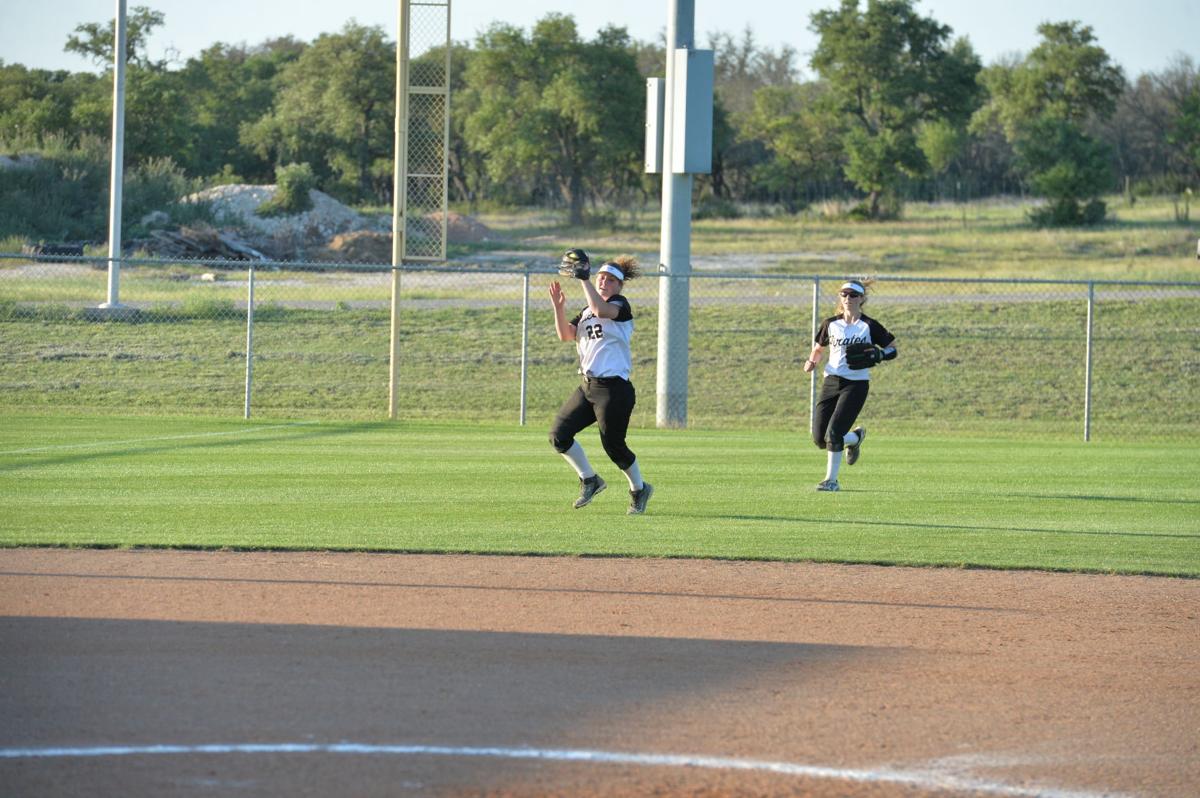 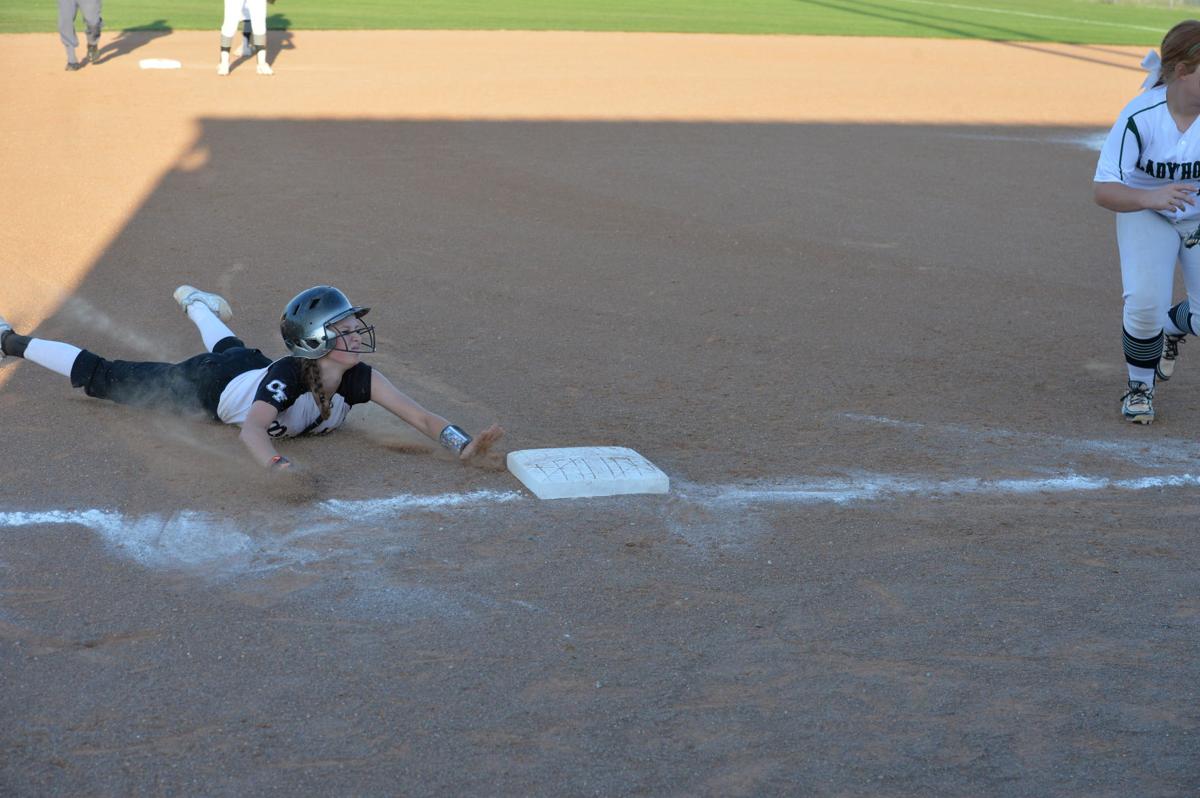 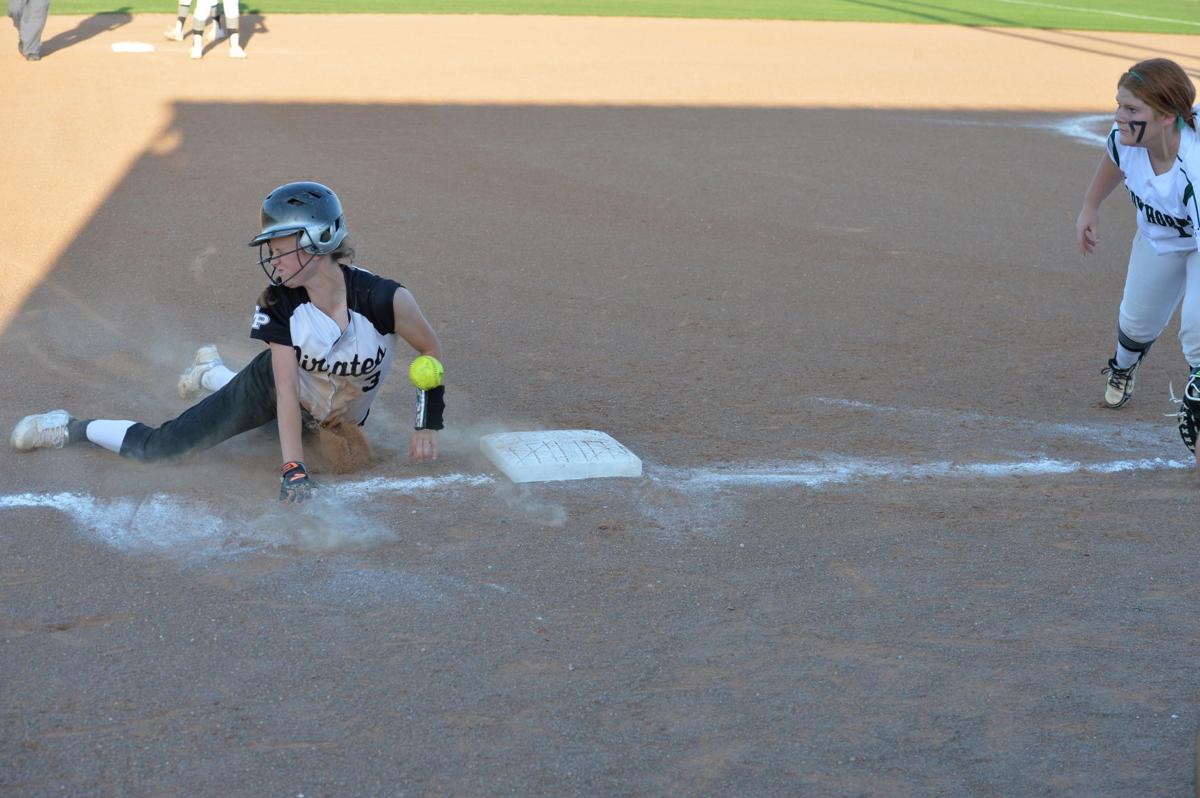 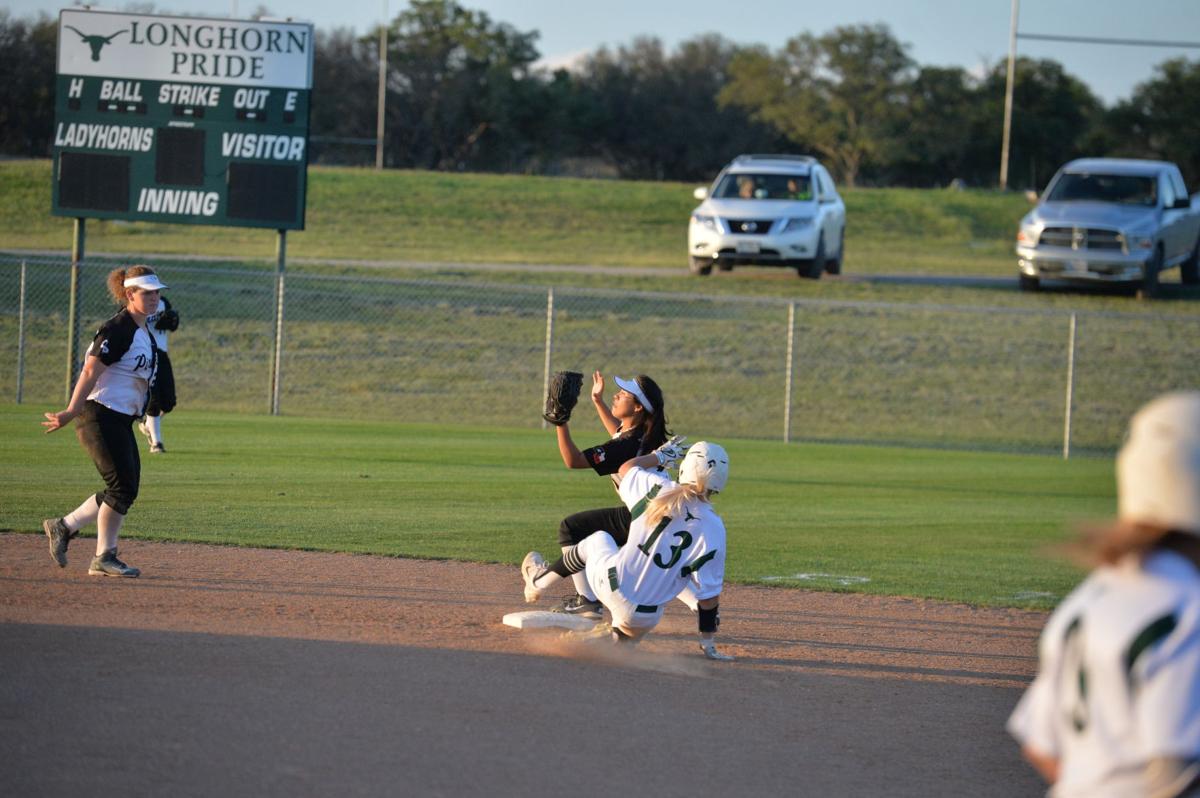 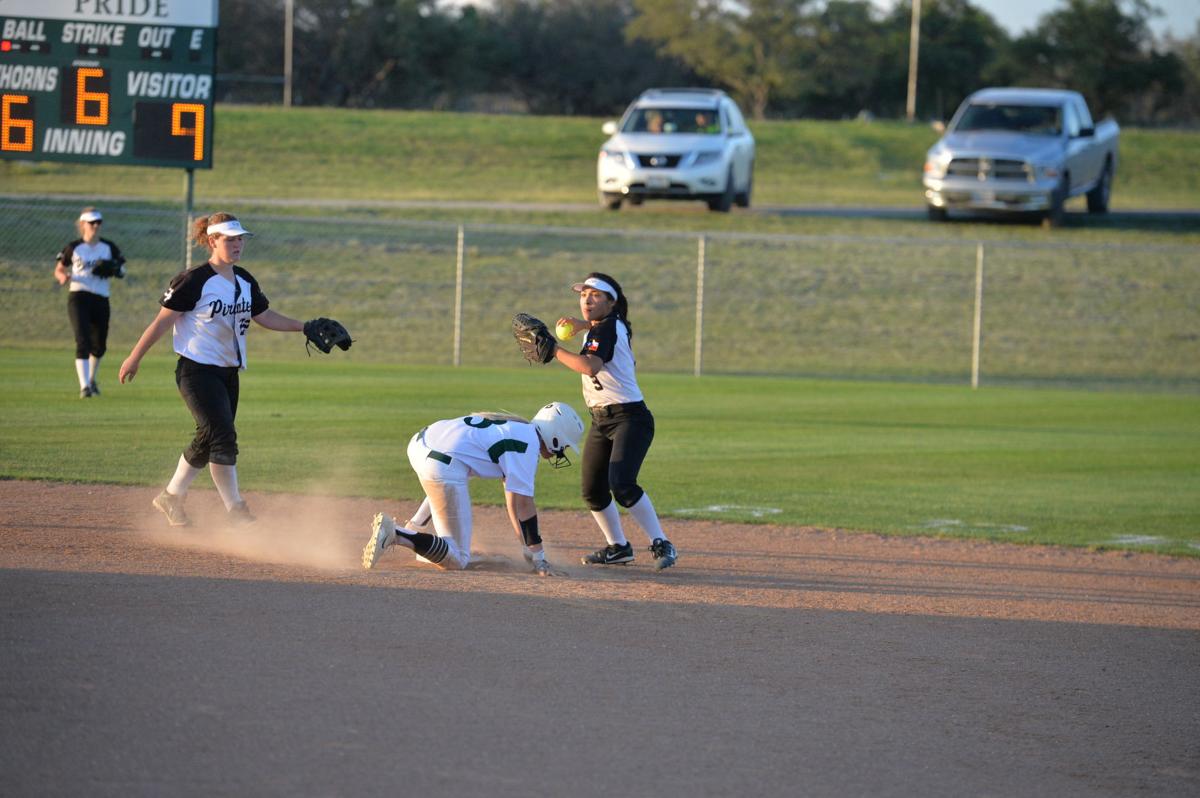 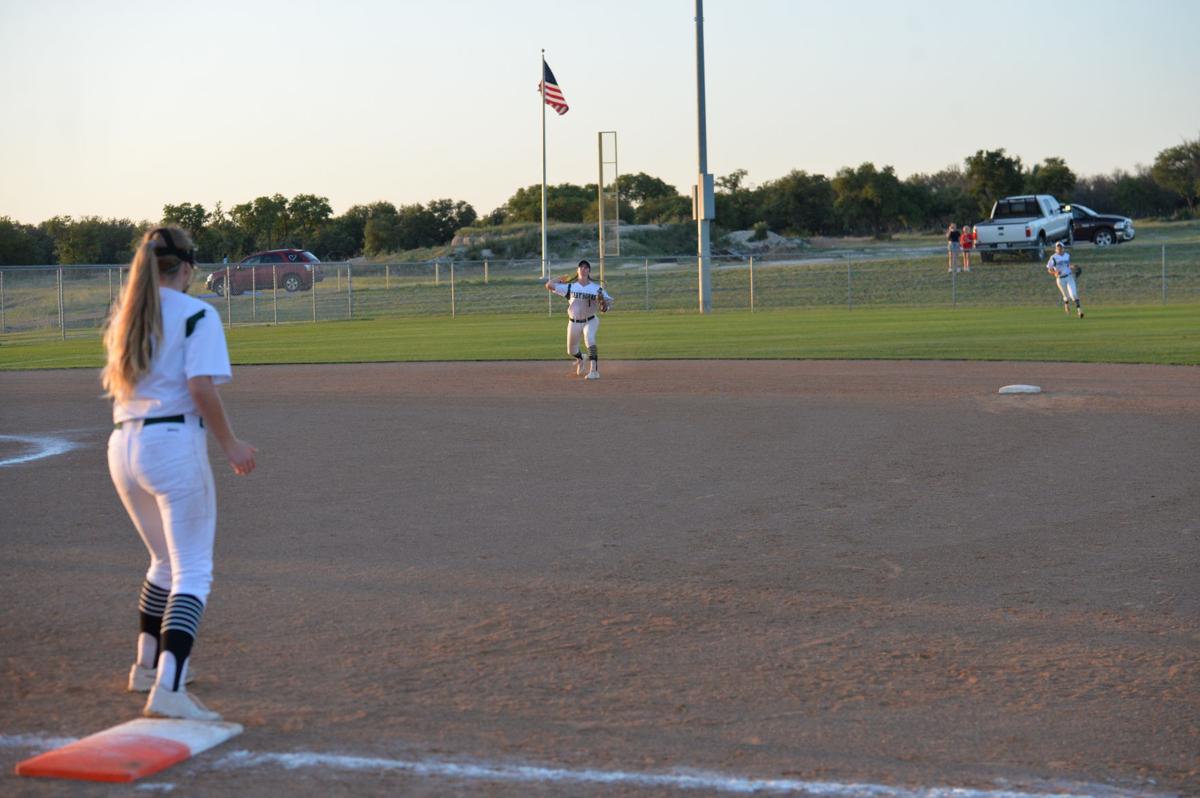 HARPER — Bobbi Leitha need just three more outs for Center Point to accomplish something no other team in their district had yet to do: beat the Harper Ladyhorns. Leading 10-9 in the bottom of the seventh, Leitha got the leadoff batter to ground out to her, as she calmly threw out the runner for the first out. She then recorded her sixth and final seventh strikeouts of the game to complete the win in perhaps the softball game of the year in the Texas Hill Country.

“I knew I had their seven-eight-and-nine batters up so I knew I could get the job done,” Leitha said. “I just had to forget about everything that had already happened and focus on getting three last outs.”

With the win, the Lady Pirates end their regular season with a 10-2 mark in District 29-2A, good enough for second place. The Ladyhorns’ loss is their only loss in district play and just fourth on the year. They move to 11-1 in loop play and 18-4-1 on the season.

“It’s unbelievable, it’s really hard to talk right now actually,” said Center Point head coach Mike Moorish. “We battled and fought all game long and never took no for an answer. That fire comes from all the parents, Center Point staff and all the Center Point fans out there who have believed in us all year long.”

In a game that featured plays at the plate, several lead changes and an assortment of close calls, Friday night’s game was another reason why the Center Point-Harper softball rivalry is one of the best in the Hill Country. The Ladyhorns led 6-5 after five full innings in the books. Center Point got things rolling in the sixth with a leadoff single by Leitha, who would advance to third base on a wild pitch. She came around to score thanks to an RBI-single to left field by Yanely Lozano, making it a 6-6 game. McKenzie Lyon drew a walk and Lexi Mills reached on a base hit to third base to load the bases. McKenzie Daily grounded out to shortstop, giving CP the lead at 7-6. A wild pitch widened the lead for the Lady Pirates as the third run of the inning crossed, giving Center Point a two-run cushion. Shelby Densmore put the visiting squad up 9-6 with a single to center field before the end of the four-run inning.

Harper responded in their next at-bat, pushing across three runs to tie the game back up heading into the final inning. With runners on base and two outs, the outfield for the Lady Pirates dropped what would-be the final out of the inning, but instead resulted in two Harper runs coming across to score on the fly ball from Logan Menzies. A double by Haley Jodoin scored Menzies in the following at-bat, tying the game up at nine all.

“Neither team deserved to lose this game,” Moorish said. “Everyone battled and everyone had chances to do something great.”

It would be the Lady Pirates who came through with the deciding run of the game. Singles to shortstop by Lozano and Daily put runners at first and second with two outs in the top of the seventh. Densmore hit a dribbler to the pitcher who just couldn’t get a grip on the ball that allowed Lozano to score the go-ahead run. Harper would come up one last time in the bottom half of the inning, but Leitha sat them down in order to complete the comeback win for the Lady Pirates.

“They are a great program and to beat them on their field, to beat them at all really, it’s a huge accomplishment,” Moorish said. “They’ve had a phenomenal year and I just couldn’t be happier for my team.”

Leitha and Lozano finished 3-for-5 at the plate, while Olvera drove in two RBIs while going 2-for-5 for Center Point. Mercy Garcia and Haley Jodoin went 2-for-4 each, as Garcia recorded a double and a triple. In the circle, Leitha went 7.0 innings and was credited with one earned run on eight hits and seven strikeouts. Julia Mauldin also went 7.0 innings and allowed six earned runs on 14 hits while striking out five Lady Pirates.

With Harper finishing first in the district and Center Point second, both teams secure playoff berths for their seasons. Details on those games will be announced at a later time.

“We knew we had Sabinal right on our tails and we really wanted the second spot in district,” Leitha said. “To keep on playing is a great feeling. I’ve been telling everyone how happy I am to keep this year going. We’ve got a great team and we have a lot of games left to play for sure.”

The Lady Pirates battled back from a 5-1 hole to tie the game at 5-5 in the top of the fifth inning. Daily led things off with a single up the middle and Densmore reached on a walk to put runners on with no outs. Trailing 5-4, Marissa Ovlera lined a base hit into the outfield, but the would-be tying run was tagged out on a great throw from Callie Koenig in left field. Harper’s catcher, Garcia, then tried to throw out Densmore advancing to third base, but an errant throw found the outfield grass and allowed the tying run across for Center Point.

Harper, who had been outscored 4-0 at that point, regrouped and took back the lead in the bottom half of the inning. A single and a walk put runners at first and second to get things started in the bottom of the sixth for the Ladyhorns with one out. Julie Krebs came on as a pinch-hitter and hit a grounder to shortstop, who took it herself to second base for one out, but threw it away on the double-play attempt to first base, allowing the run to score for Harper. A Ladyhorn strikeout ended the frame, but not before earning Harper the lead again, 6-5.