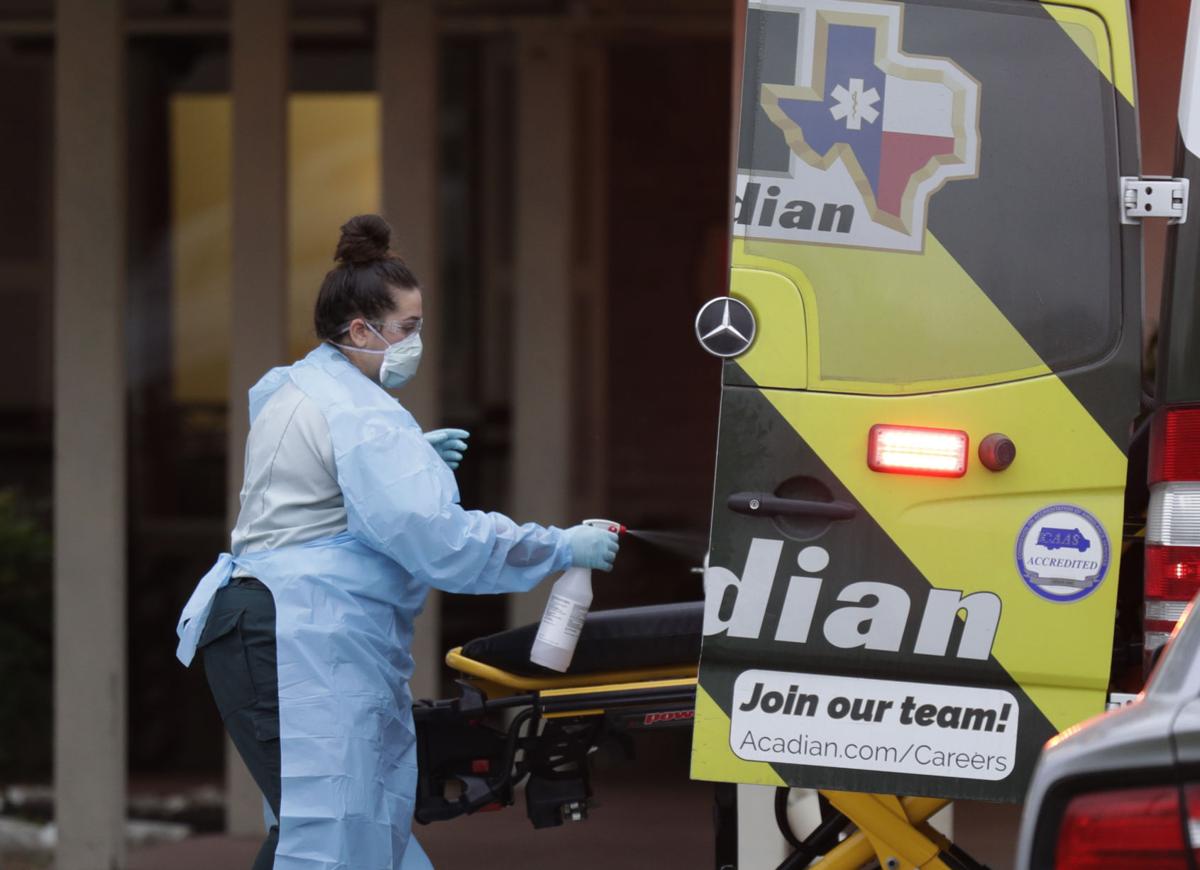 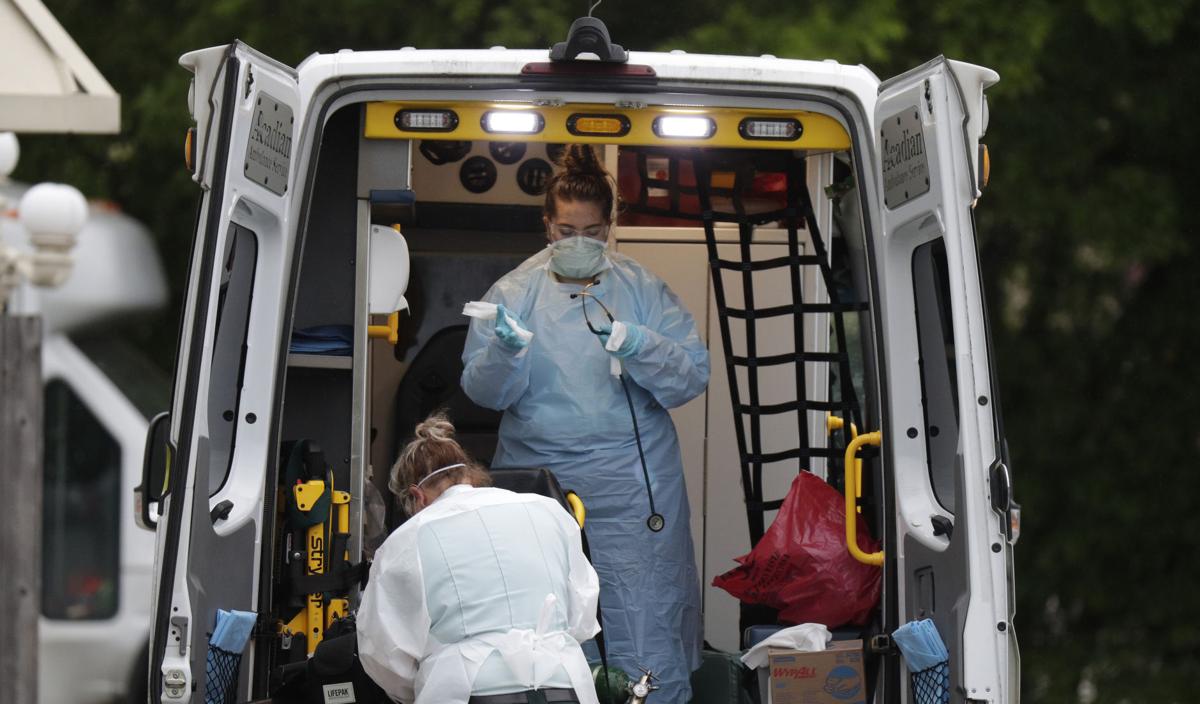 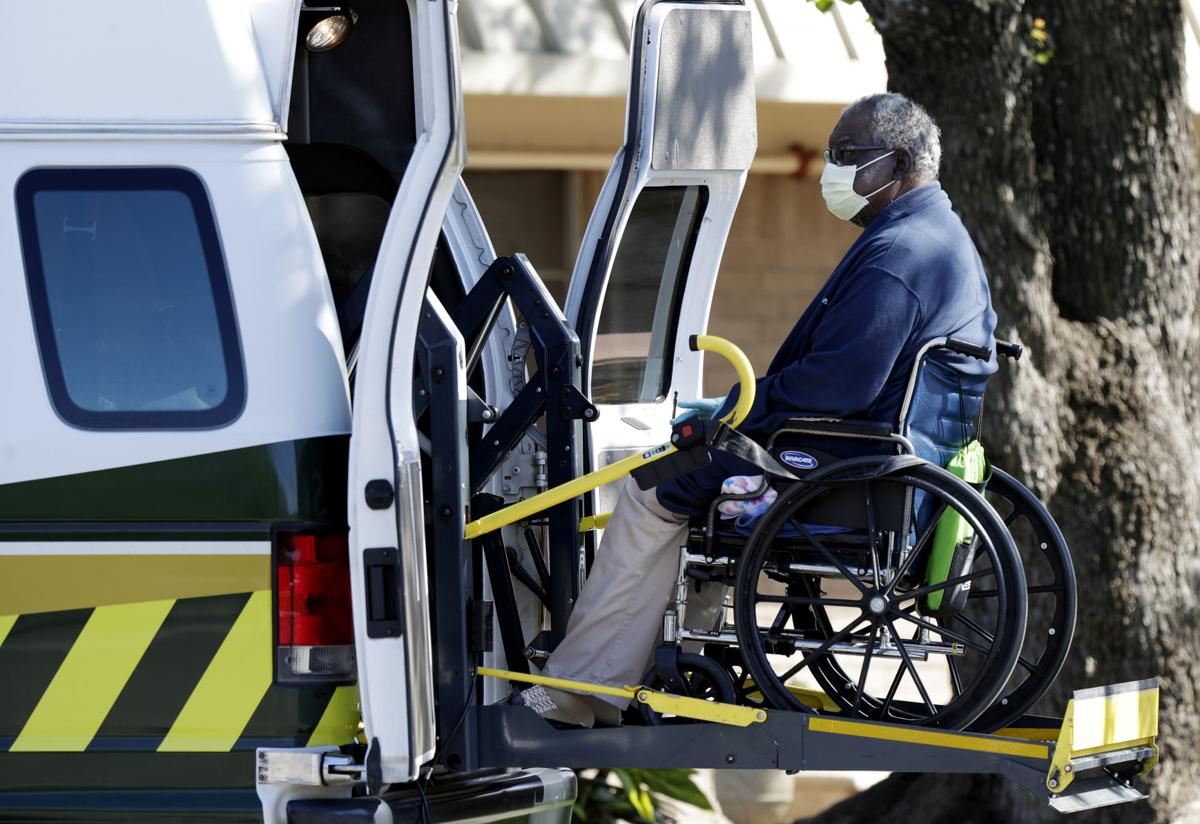 A resident is removed from the Southeast Nursing and Rehabilitation Center in San Antonio, Wednesday, April 1, 2020. Multiple people have tested positive for COVID-19 at the facility. (AP Photo/Eric Gay) 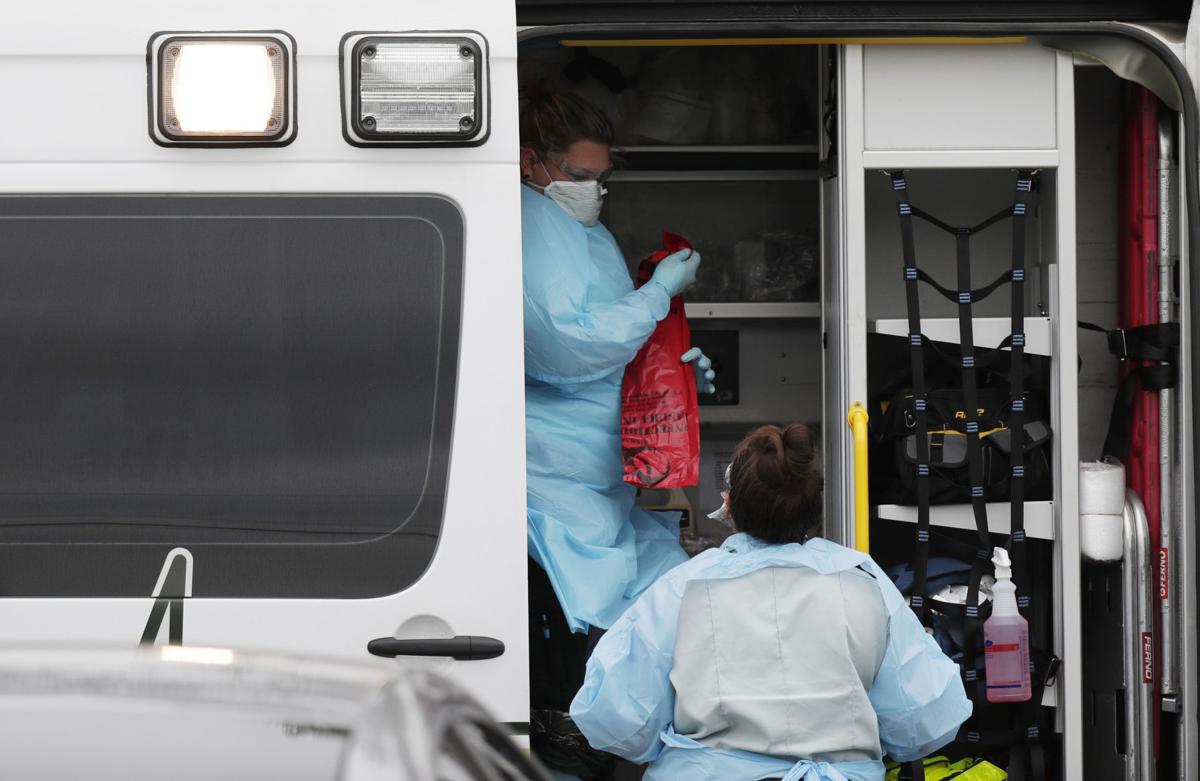 A resident is removed from the Southeast Nursing and Rehabilitation Center in San Antonio, Wednesday, April 1, 2020. Multiple people have tested positive for COVID-19 at the facility. (AP Photo/Eric Gay)

At least eight staff members have tested positive at the Southeast Nursing and Rehabilitation Center, which has one of the biggest outbreaks at any nursing home in the U.S. San Antonio health officials raised new concerns about infections being spread by employees who worked at multiple facilities, although they couldn't confirm that had happened.

One resident who had COVID-19, the disease caused by the virus, has died. Of the 84 residents at the nursing home, 67 have tested positive, and the mayor said they were scrambling to locate and test more than 50 other staff members who worked at the facility.

"If San Antonio needed a wake-up call about the seriousness of COVID-19 to our community, this is it," Nirenberg told reporters.

For most people, the coronavirus causes mild or moderate symptoms, such as fever and cough. But for others, especially older adults and people with health problems, it can cause pneumonia. The World Health Organization said this week that 95% of the deaths in Europe were of people over 60.

Nursing homes across the U.S. have been in lockdown for weeks under federal orders to protect their frail, elderly residents from the virus. But a wave of deadly outbreaks nearly every day since suggests that the measures including a ban on visits and daily health screenings of staffers either came too late or were not rigorous enough.

Recent outbreaks in Tennessee, New Jersey, Ohio, West Virginia and Maryland have pushed the death toll at the nation's nursing homes to at least 450.

Texas has more than 5,300 cases and at least 90 related deaths, according to state health officials.