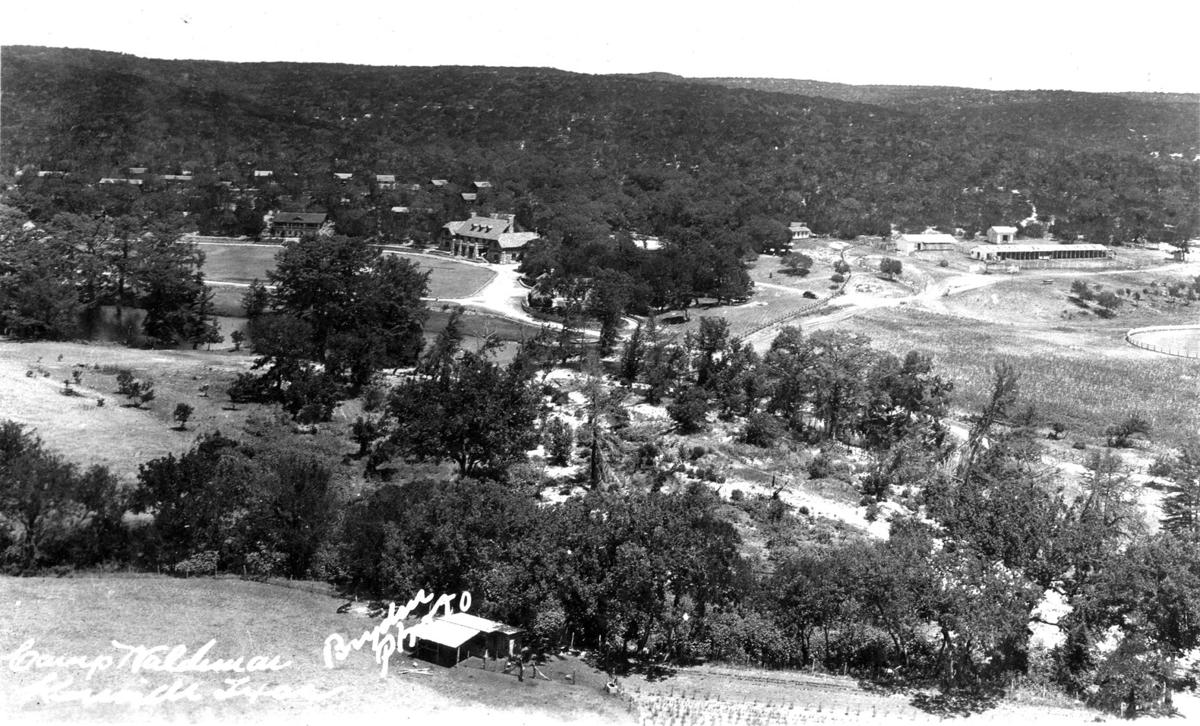 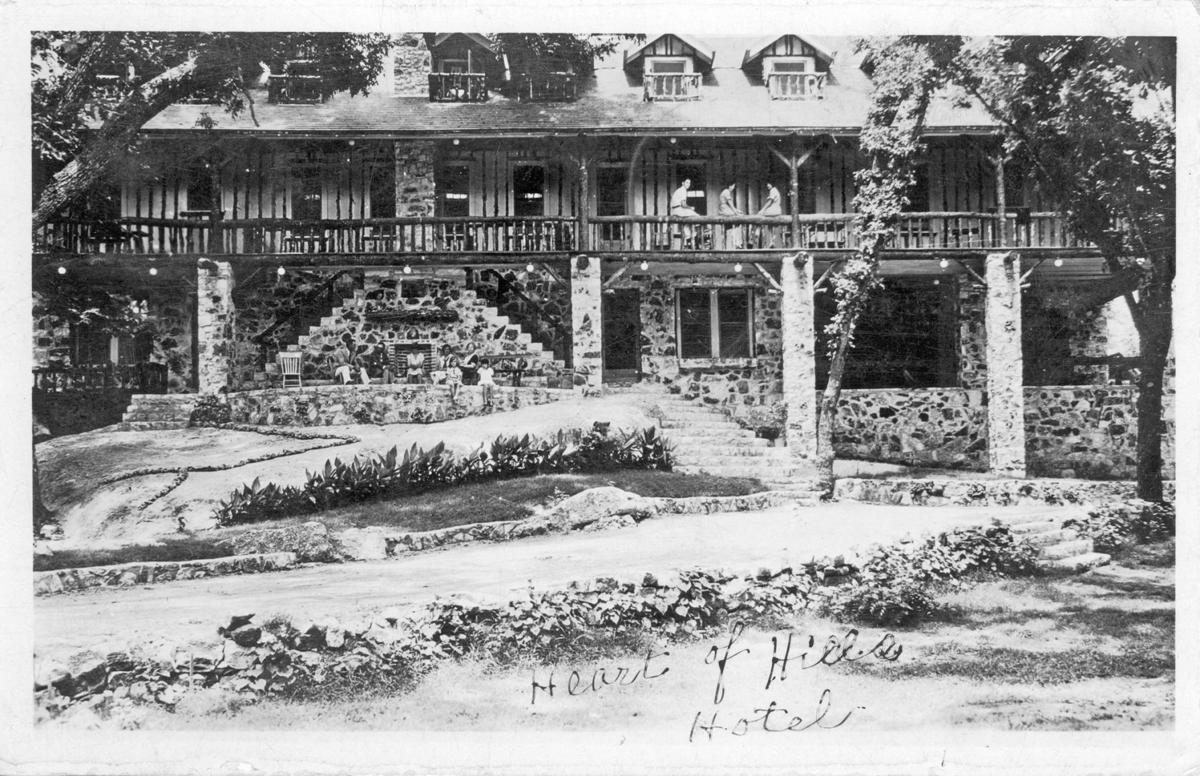 Family members relax at Heart o’ the Hills Inn in Hunt after taking their children to local camps. This photo was taken on Sept. 4, 1928. The hotel later became Heart o’ The Hills Camp for Girls.

Family members relax at Heart o’ the Hills Inn in Hunt after taking their children to local camps. This photo was taken on Sept. 4, 1928. The hotel later became Heart o’ The Hills Camp for Girls.

When the first camps in Kerr County opened, in the 1920s, there were no interstate highways, and air travel was extremely rare.

Most campers came from the largest cities of Texas — but especially from Dallas and Houston — and they arrived by train. The campers were then taken by automobile (or, occasionally, wagon) from the train depot to camp, traveling unpaved roads which dipped into the river, because there were few bridges.

Higher and higher the campers would travel, winding their way deeper into the green hills, following the ribbon of river.

When they finally arrived at their camp and settled into their cabins, they found an enterprise hard at work, dedicated to their fun. The green river beckoned. Horseback riding was available. Campers were taught to shoot guns and arrows; they were instructed in athletics; they learned to paddle a canoe.

And more than one camper wrote home to tell how good the food was at camp, how it was piled high on the tables and how, after a day busy with camp activities, the food tasted so good.

Why wouldn’t campers, even later in life, think of Kerr County as paradise?

Summer camping as we know it today began in 1921, when Herbert Crate opened Camp Rio Vista between Ingram and Hunt.

Crate was the CEO of the Houston YMCA. Knowing the “Y” had established camps along the eastern seaboard, Crate was certain the idea would work in Texas.

According to an article written by Jane Ragsdale in the “Kerr County Album,” Crate called Rio Vista the “Summer Character Camp for Boys.”

Crate’s first summer was not what he expected: “100 men promised to send their sons if he opened a camp — yet the first summer, Crate found himself with 21 counselors, and only 16 boys.” His words of wisdom for those who followed: “Never start a camp from scratch.”

Despite his advice, other camps soon followed.

Edward J. “Doc” Stewart, the head football and basketball coach at the University of Texas at Austin in the early 1920s, is responsible for the beginning days of three well-known Kerr County camps: Camp Stewart for Boys, Heart o’ The Hills Camp for Girls and Camp Mystic.

Stewart started his first camp here, “Camp Texas” in 1924, using the old West Texas Fairgrounds as his site. The fairgrounds were between today’s Junction Highway and Guadalupe Street in Kerrville.

Given Stewart’s career, it’s easy to guess the focus of his camp: athletics. He brought UT coaches with him and even the director of the University Interscholastic League. Football, basketball, track, tennis and volleyball were planned on the fairground’s dusty old horse track, with water sports planned for the river.

In 1927, the camp moved to its present location, 16 miles west of Kerrville, on the north fork of the Guadalupe River.

“Doc” Stewart started another camp in 1926, Camp Stewart for Girls, on the south fork of the Guadalupe; a year later, it became Camp Mystic for Girls. In those early days, Camp Mystic had 1,400 acres, and the girls were housed in 18 log cabins constructed from cypress logs cut on the camp.

In those early days of summer camping in Kerr County, travel to the camps was not easy. Sensing an opportunity, Stewart also built Heart o’ The Hills Inn as a place for parents to stay after they’d dropped their children off at camp. This inn later became Heart o’ The Hills Camp for Girls, under the leadership of Kenneth and Velma Jones.

Another pioneer in Kerr County camping was Miss Ora Johnson, who founded Camp Waldemar in 1926. Miss Johnson was the principal of Brackenridge High School in San Antonio, and many of her early campers were from that city. In 1926, she had 56 campers, who attended a six-week session.

In 1928, Johnson brought in from Mexico a “Russian-born German rock mason, Ferdinand Rehbeger.” It was Rehbeger, working with the Johnson family, who constructed many of the stone and cedar buildings that give Waldemar its distinct beauty.

Summer camps in Kerr County are an important part of our history and contribute to our community in thousands of ways. They provide jobs, help the local economy, and, in many cases, they bring Kerrville and Kerr County new residents.

Joe Herring Jr. is a Kerrville native who was a camper many years ago at Camp Stewart.

Do you approve or disapprove how Gov. Greg Abbott has handled the coronavirus pandemic?

The coronavirus pandemic has surged since the middle of June leading Gov. Greg Abbott to issue a mask order for the state.