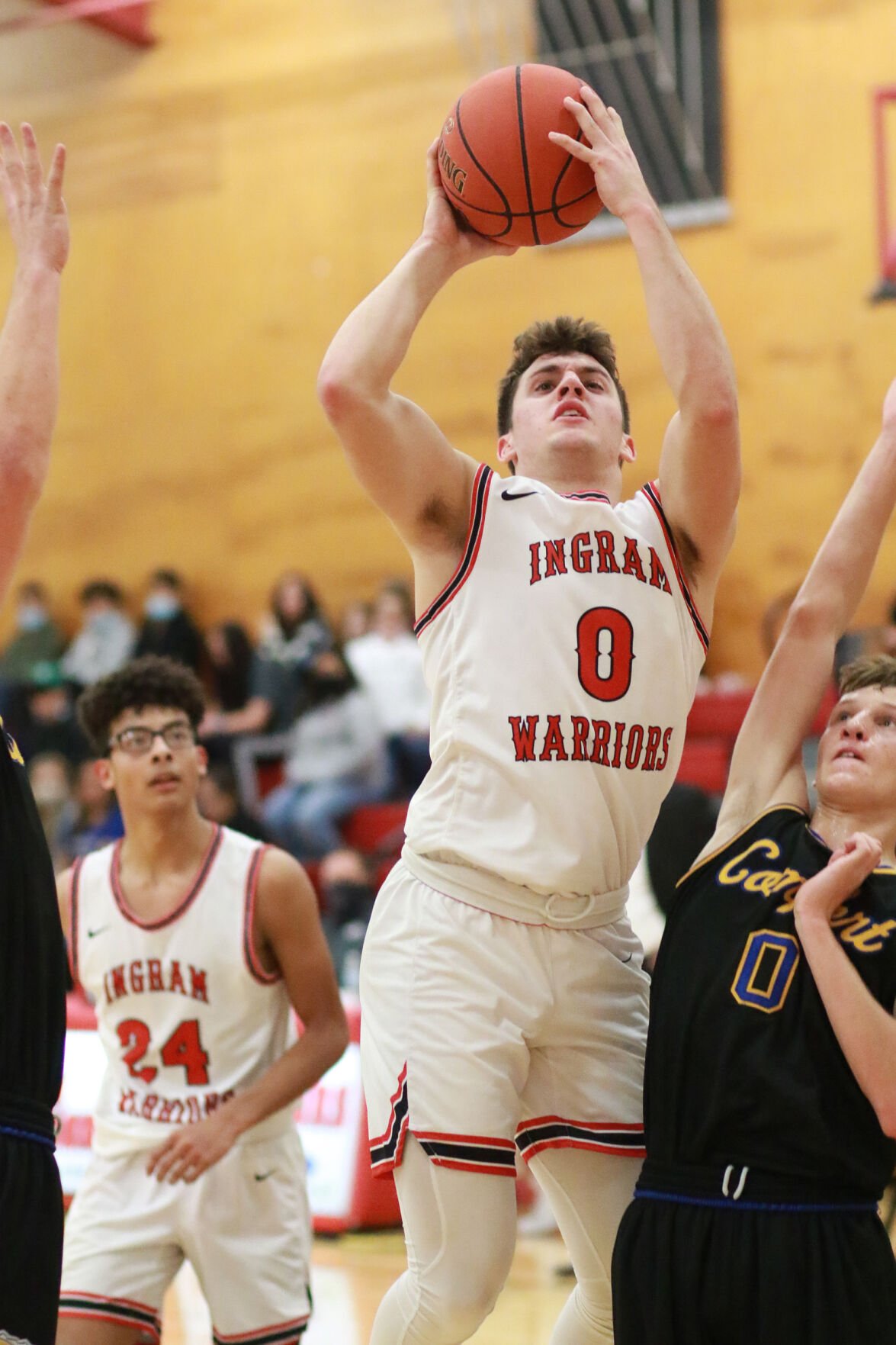 Time Leatherman (0) up for the shot against Comfort Tuesday, Jan. 19 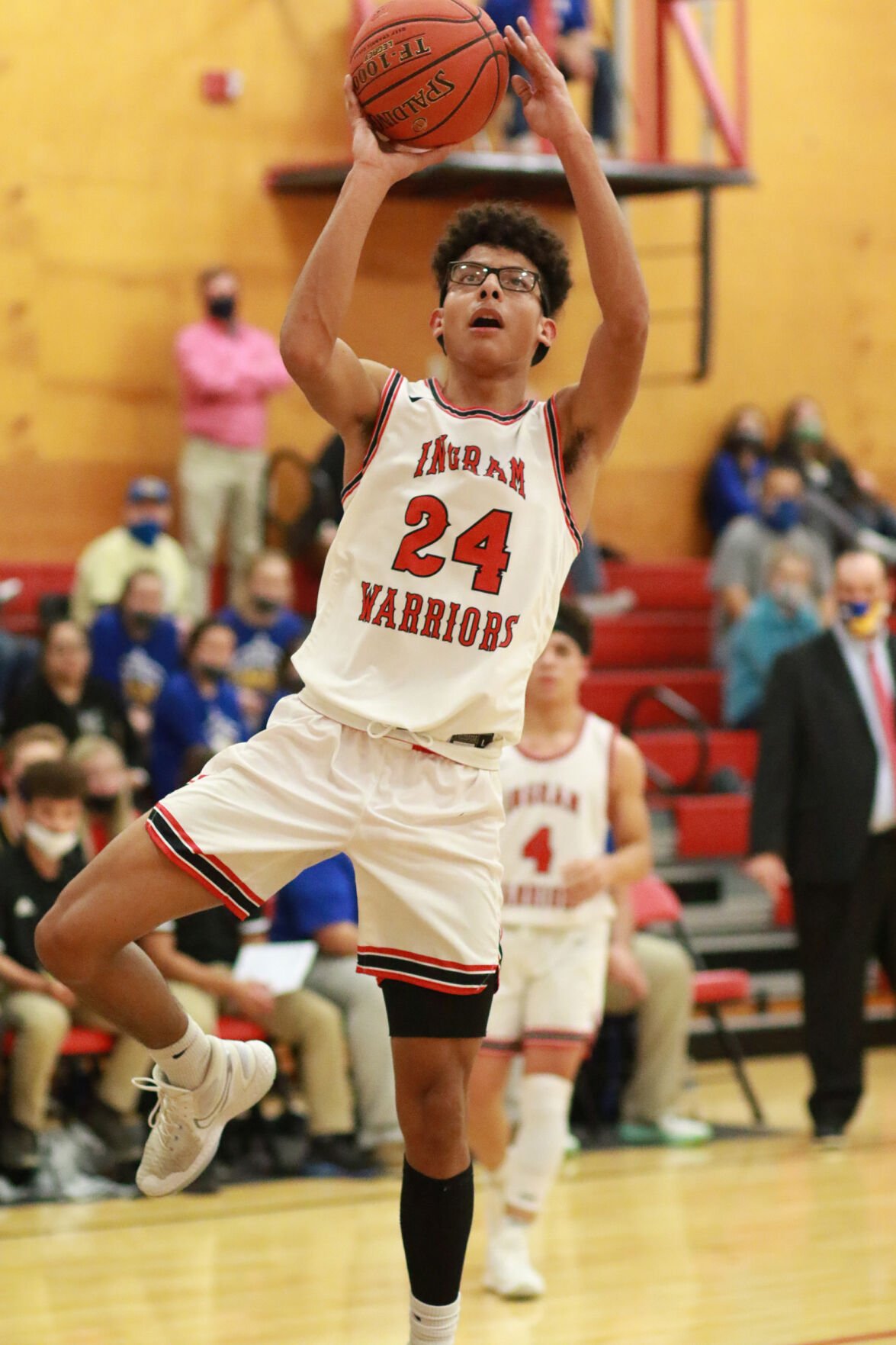 Cedric Aguilar (24) goes up for a basket against Comfort Tuesday, Jan. 19 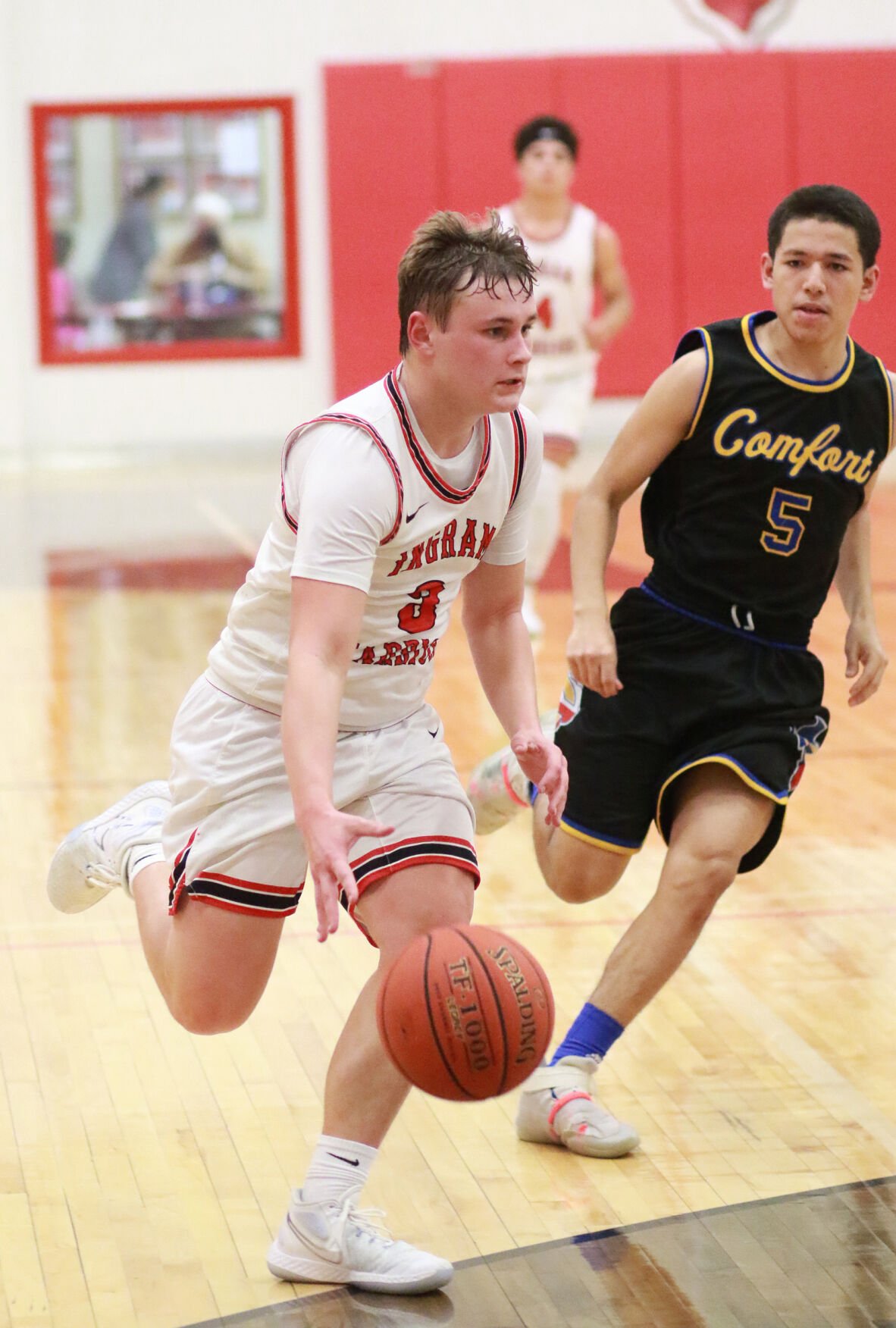 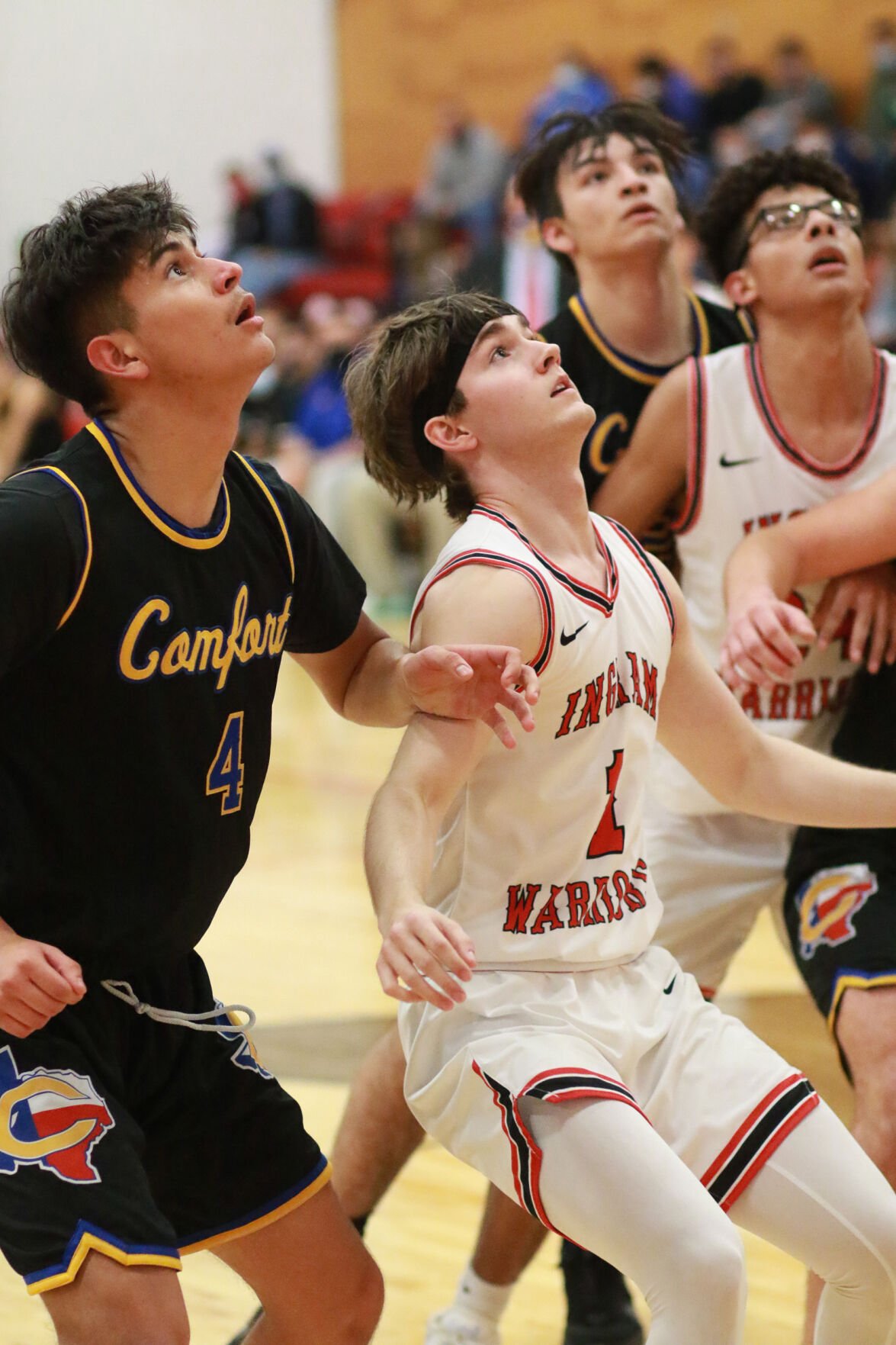 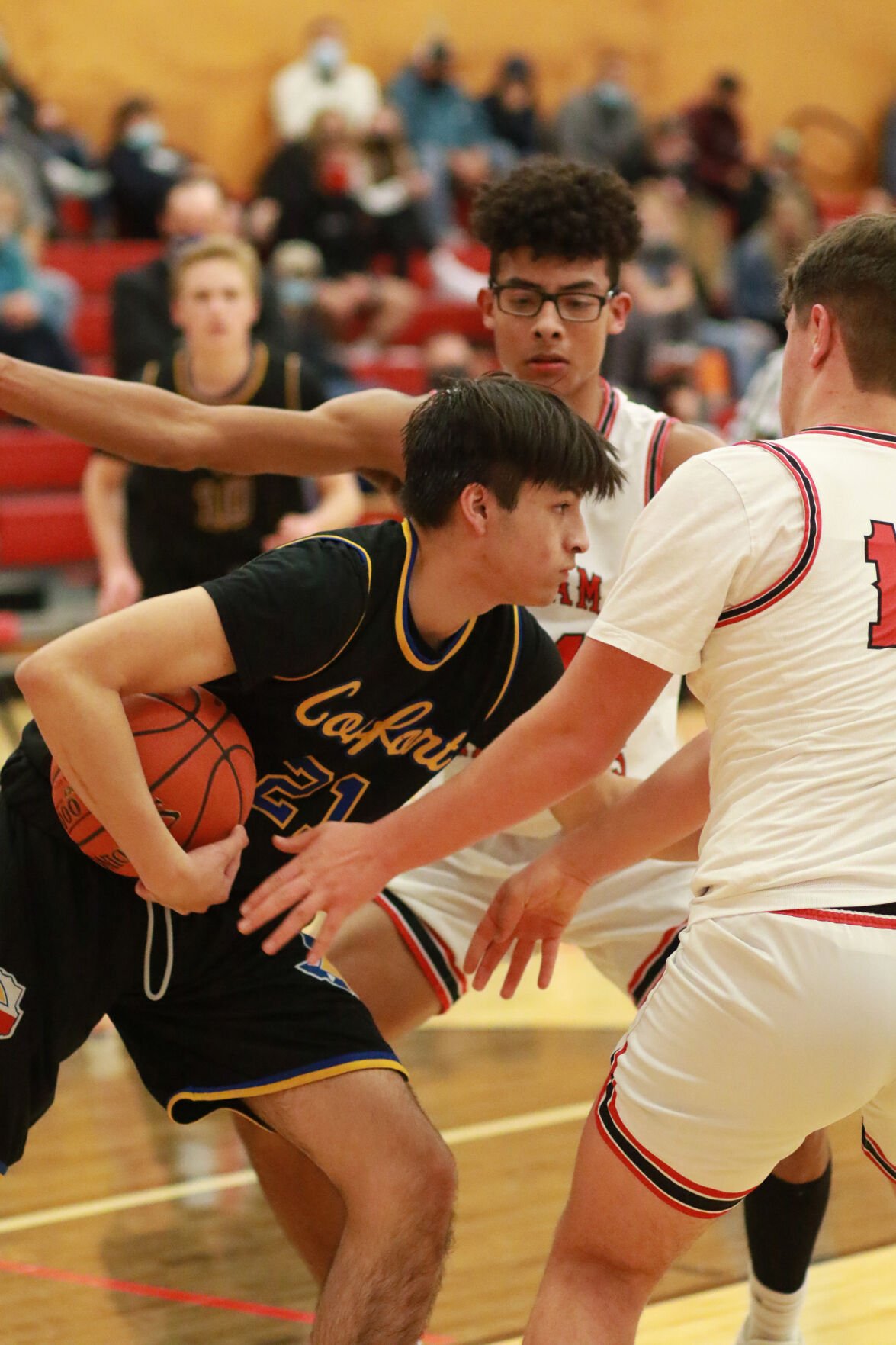 Time Leatherman (0) up for the shot against Comfort Tuesday, Jan. 19

Cedric Aguilar (24) goes up for a basket against Comfort Tuesday, Jan. 19

Jarad Schmidt scored 24 points to lead the Comfort Bobcats to a 66-37 win over the Ingram Warriors.

Schmidt hit a 3-pointer early in the first period as the Bobcats raced to a 19-10 lead.

For Ingram, Kam Carrington and Andrew Burroughs hit shots from downtown during the first period to ignite the Warriors early in the game.

The second period was good for Comfort and tough for Ingram.

The Bobcats outscored the Warriors 16-4 to take a 35-14 lead at intermission.

After making halftime adjustments, Ingram picked up their offense with a 3-point basket from Luis Martinez and 2-point buckets from Andrew Waldrip, Cedric Aguilar and a free throw from Carrington.

Schmidt scored nine of his points in the third quarter for Comfort.

Oscar Falcon scored 3 points for the Bobcats and Comfort led 47-26 after three.

Tim Leatherman, Burroughs and Carrington knocked down 3-pointers in the final period for Ingram to account for the Warriors.

Comfort was led by Schmidt, Tucker Weyel, Freddy Lozano, Blaine Dyne, Jose Herrera and Falcon who scored a combined 19 points in the fourth quarter for the Bobcats.