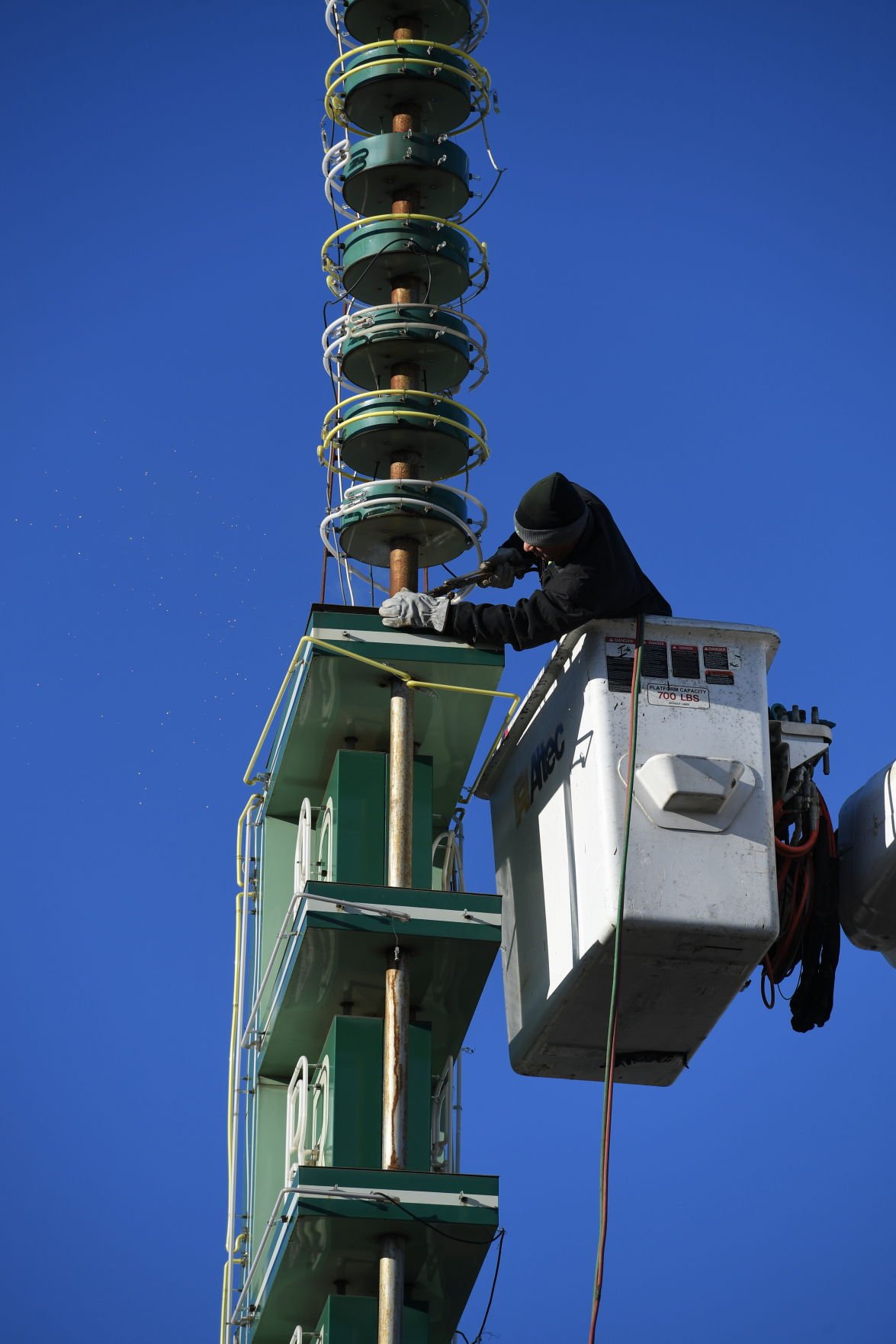 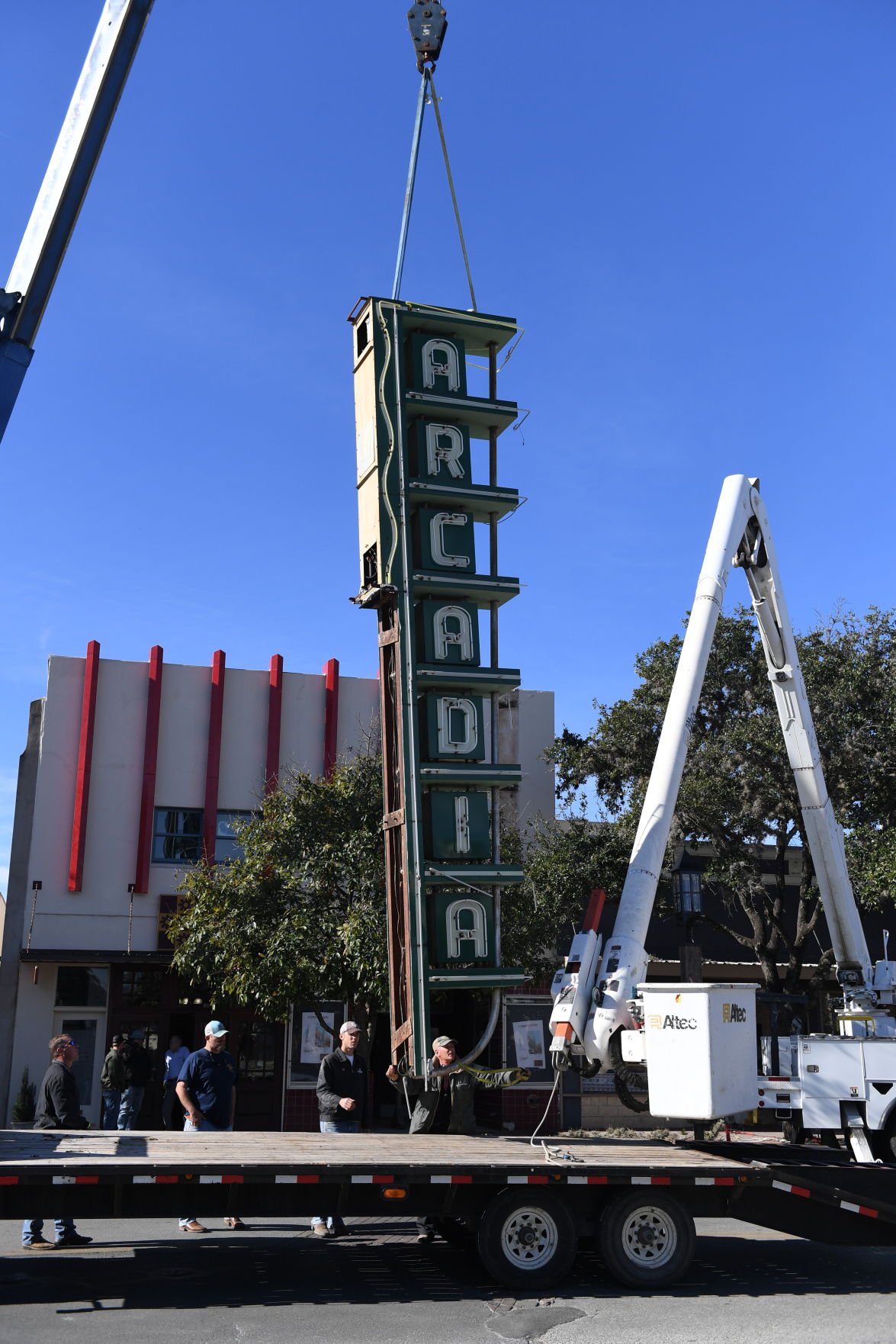 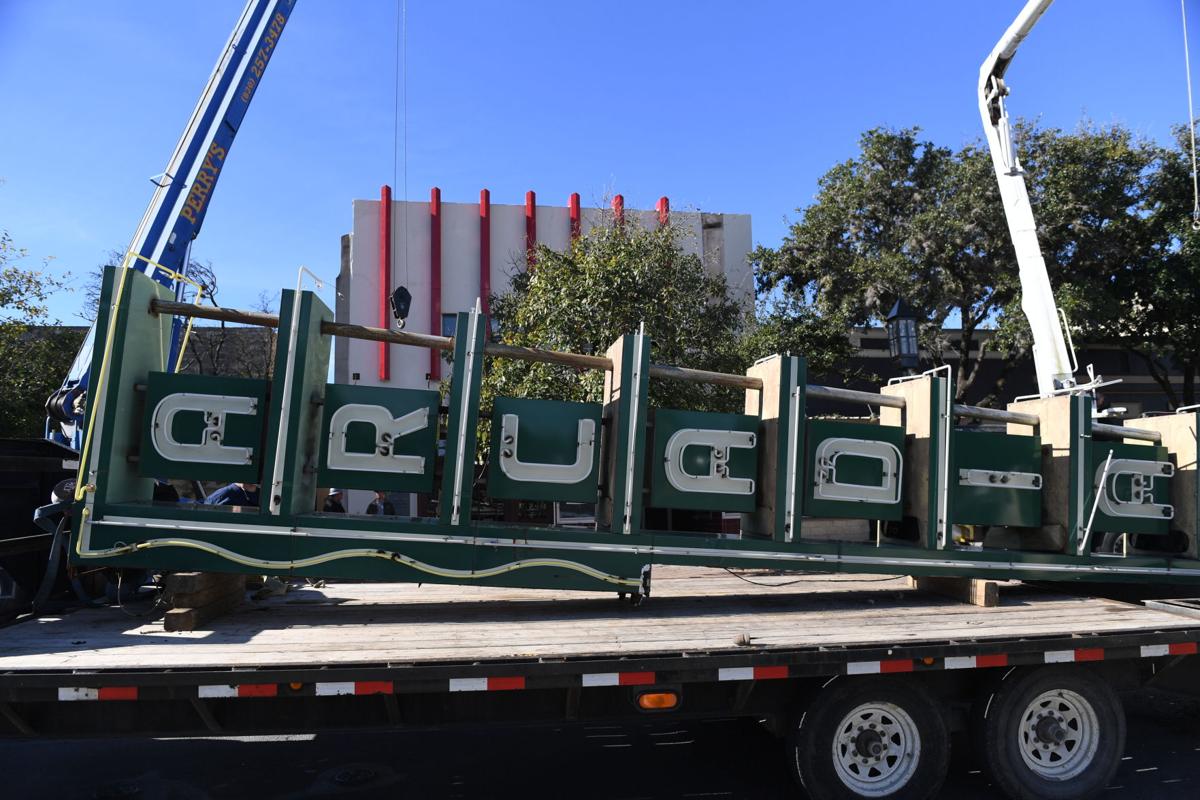 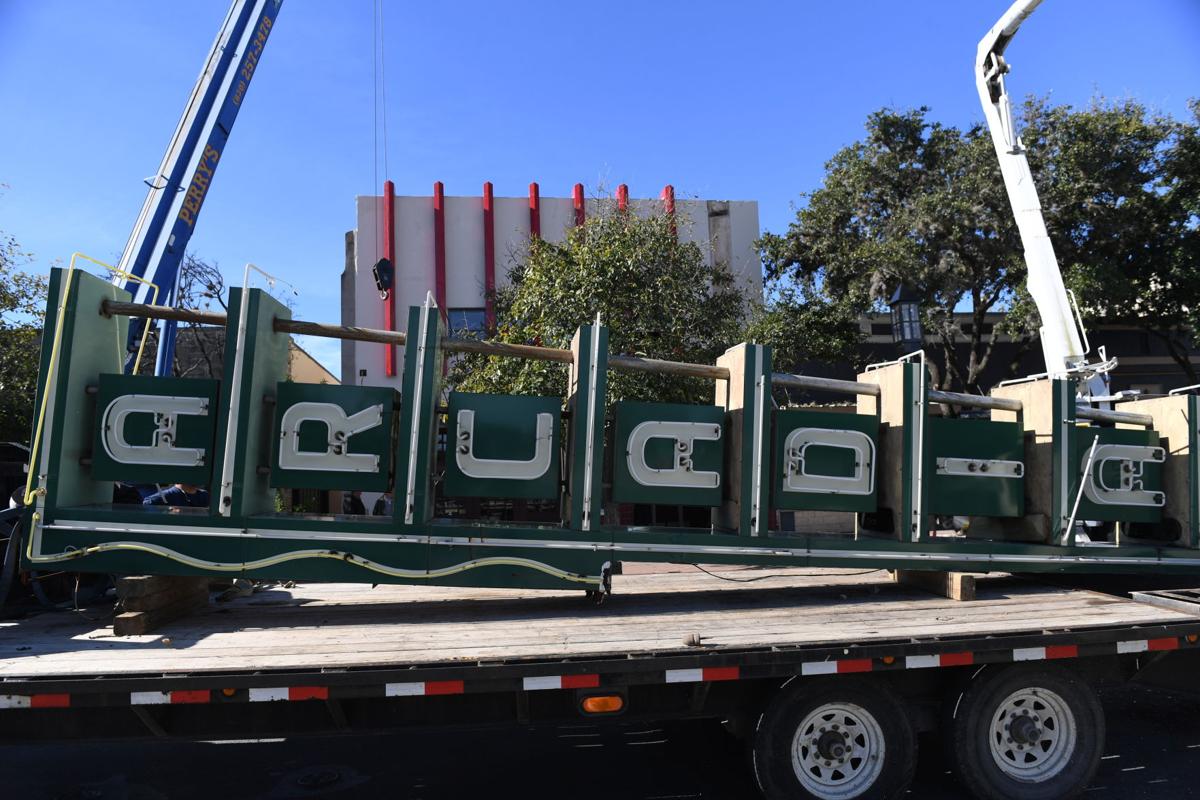 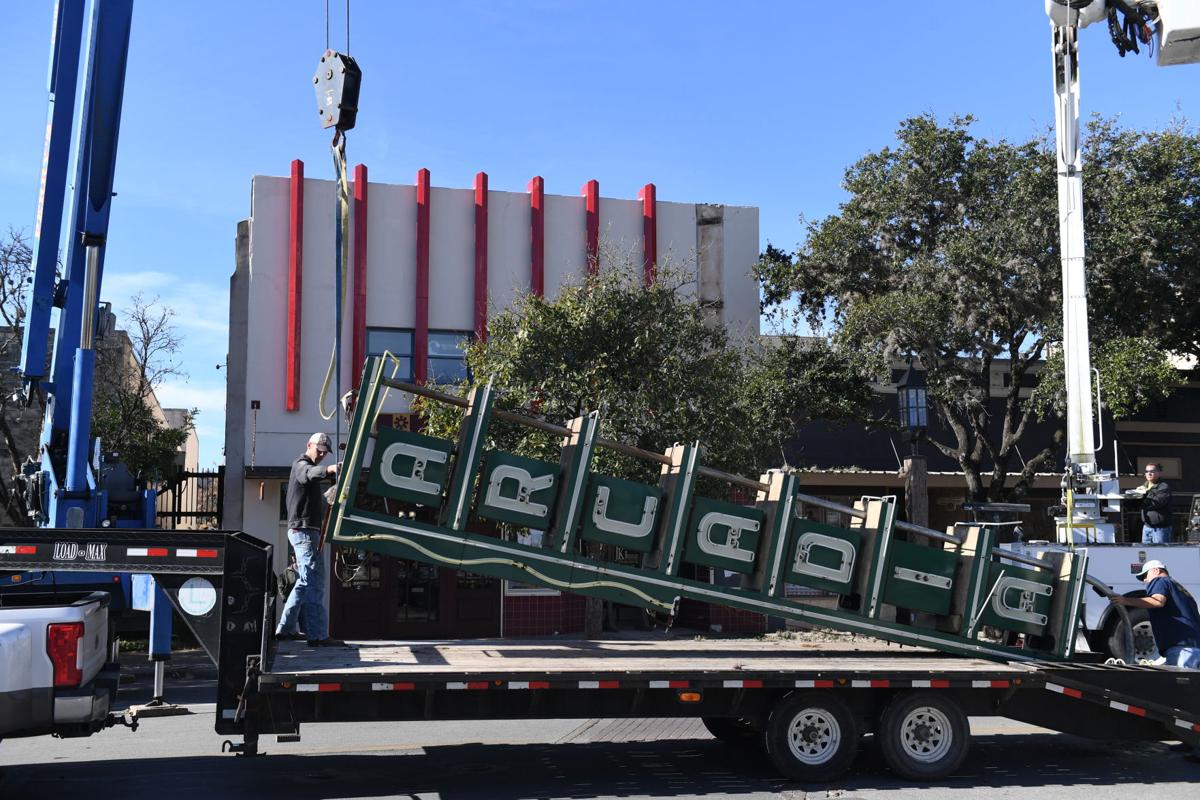 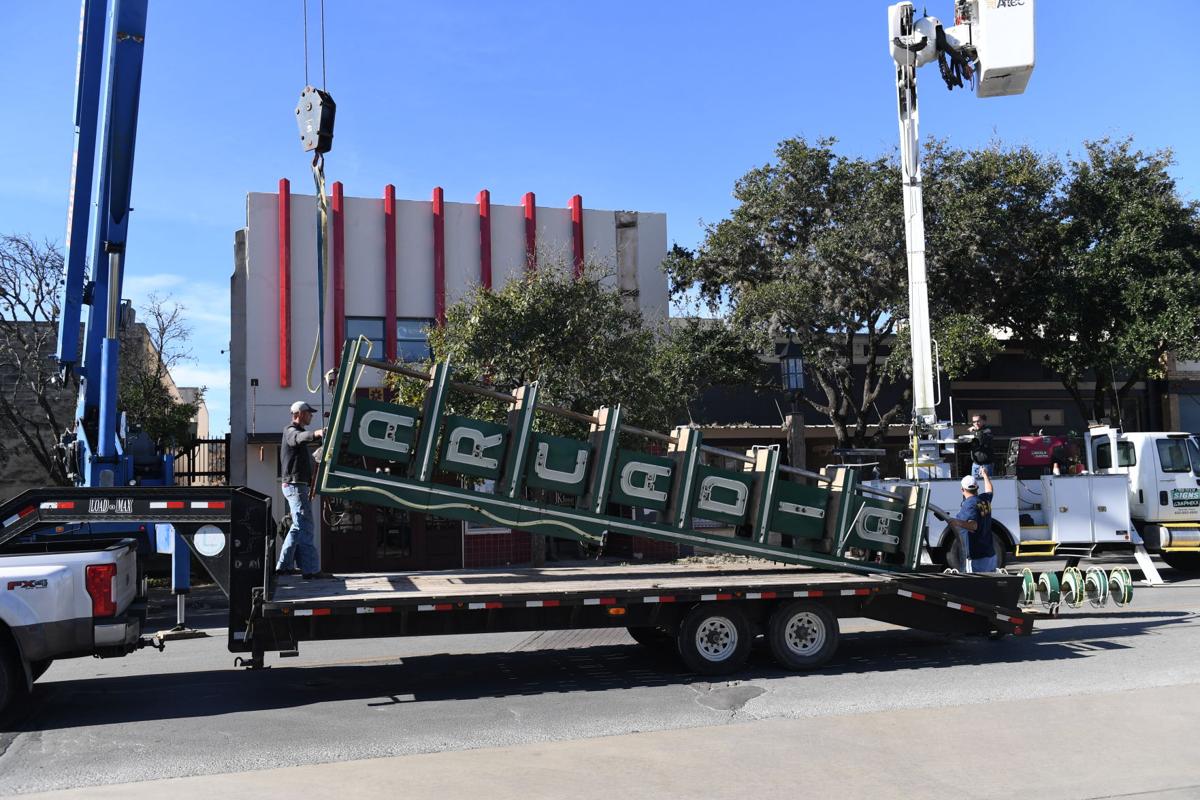 Some who saw the historic neon sign, or blade, at the Arcadia Theater being removed on Friday were worried that the sign wasn’t coming back.

However, the sign is actually headed for a good place — rehab.

That’s right, the Art Deco sign will be rehabilitated in San Antonio before being brought back to Kerrville sometime later this year.

It will be fixed to a position in the back of the theater, overlooking the Guadalupe River.

In its place will be a replica sign, harkening back to the theater’s opening in the 1920s.

Michael Kelliher, the new executive director of the Arcadia Live project, said the removal of the sign is necessary in order to repair and restore it to its former glory.

The Arcadia revitalization has been underway for months, and those backing the project hope it will be another tool in a downtown transformation for Kerrville, which will leverage the space to attract events and other activities.