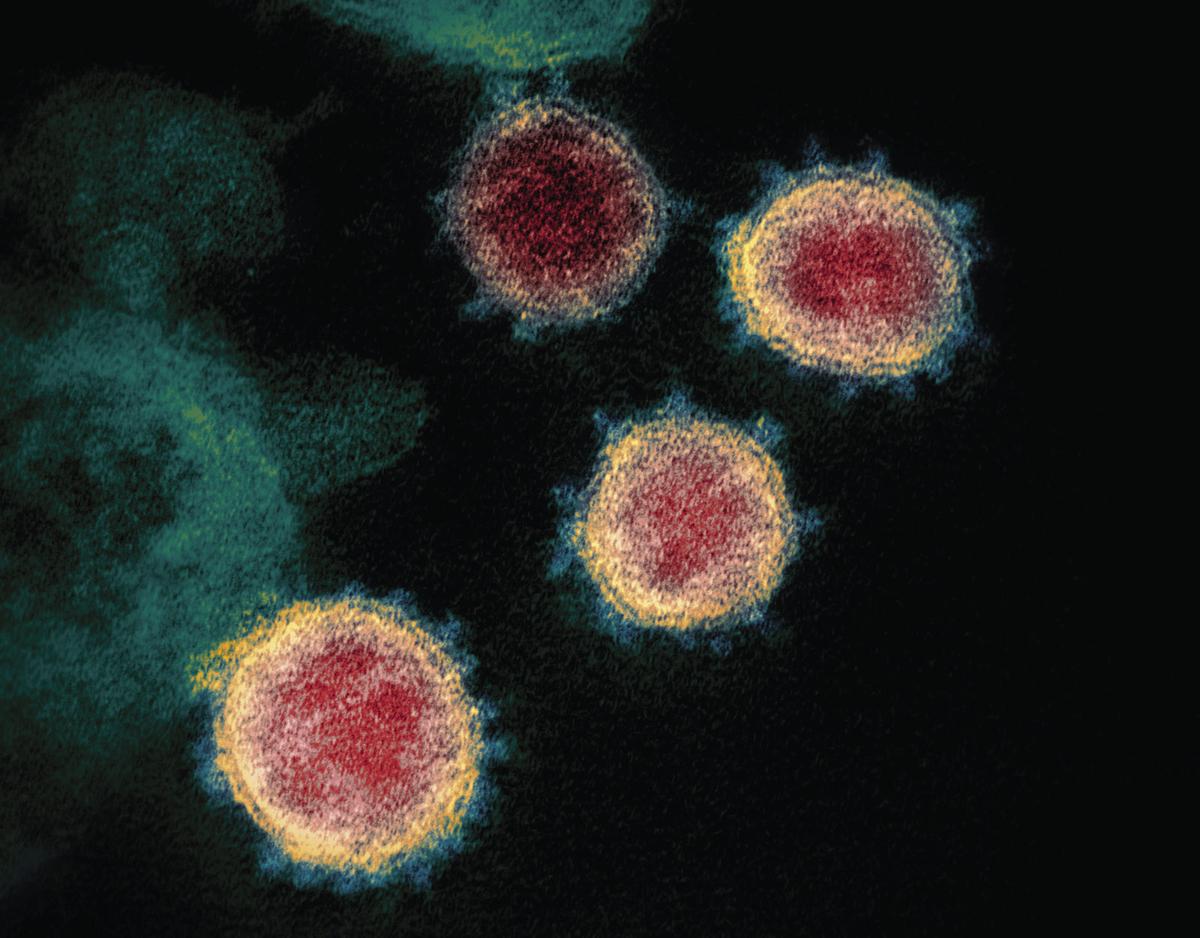 This undated electron microscope image made available by the U.S. National Institutes of Health in February 2020 shows the Novel Coronavirus SARS-CoV-2. Also known as 2019-nCoV, the virus causes COVID-19. The sample was isolated from a patient in the U.S. (NIAID-RML via AP) 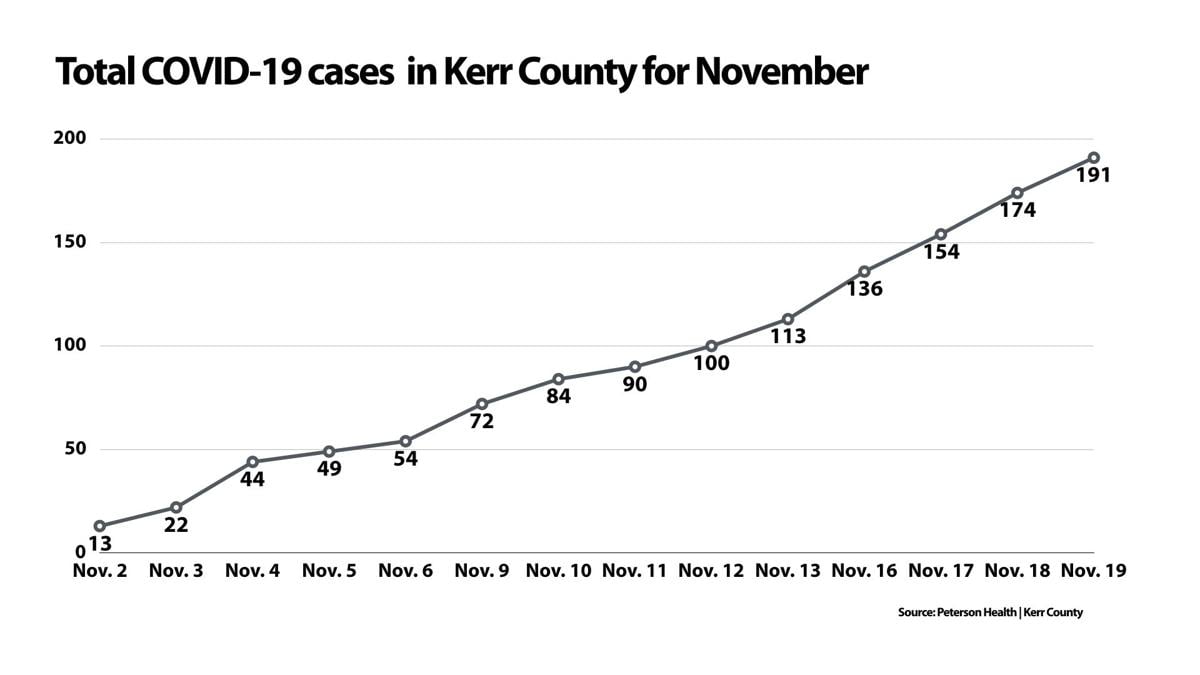 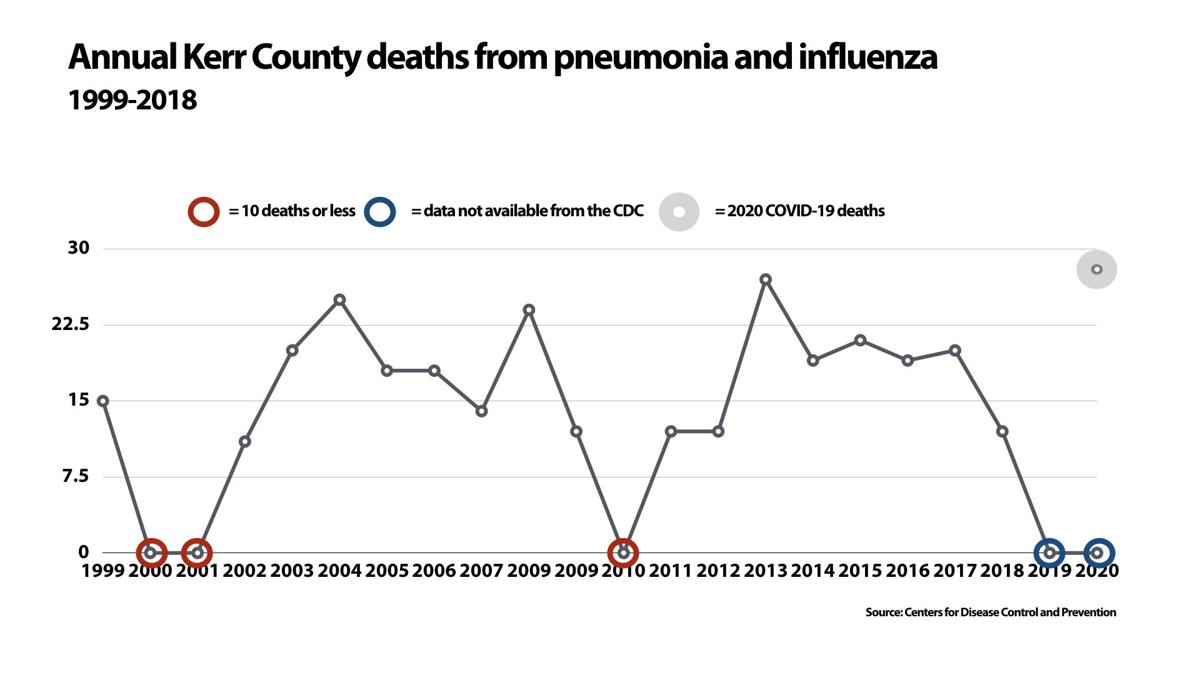 This undated electron microscope image made available by the U.S. National Institutes of Health in February 2020 shows the Novel Coronavirus SARS-CoV-2. Also known as 2019-nCoV, the virus causes COVID-19. The sample was isolated from a patient in the U.S. (NIAID-RML via AP)

However, the Texas Department of State Health Services presented some grim details about deaths in Kerr County in its reporting on Thursday. Residents died on Nov. 4, 5, 6, 7,  and 10. The death on Nov. 10 marks the county's 20th death from COVID-19, and more are expected in the coming days.

That number does not include at least eight people who have died in Kerr County nursing homes.

On Thursday, Texas set a milestone with more than 12,000 cases. All 254 counties in the state have now had at least one case of the virus.

Two of the 15 patients are now intensive care, but the rest are kept in coronavirus-protected general rooms. Peterson had had 10 or more people hospitalized nearly every day this month.

This surge in cases has led the city of Kerrville, Kerr County and other community leaders to host a virtual community update at 10:30 a.m. on Friday that will be streamed on the city's website and televised on Spectrum Ch. 2.

Peterson Health President and CEO is expected to discuss an antibody therapy for the coronavirus advocated by Gov. Greg Abbott.

How the city and county will respond to this latest surge remains to be seen.

Data released by the Texas Education Agency shows a growing problem in the schools, including here in the Hill Country. Center Point High School's boys basketball team was forced to go into a two-week quarantine after an exposure, and the same with Comfort's girls basketball program.

As of Nov. 15, Kerrville Independent School District had 41 people test positive, including 29 students. Across the state, more than 14,000 students have tested positive for the virus this month.

I agree wholeheartedly. Fredericksburg shut their schools down, I understand, until after Thanksgiving, if not mistaken to curb the spread. Being a retired teacher, it is very easy for illnesses to spread in schools quickly due to close confinement. I sadly say that people don't care about anyone except themselves and their "freedoms" being taken away, which is called selfishness...plus the fact there haven't been many positive examples of what needs to be done to lower the curve.