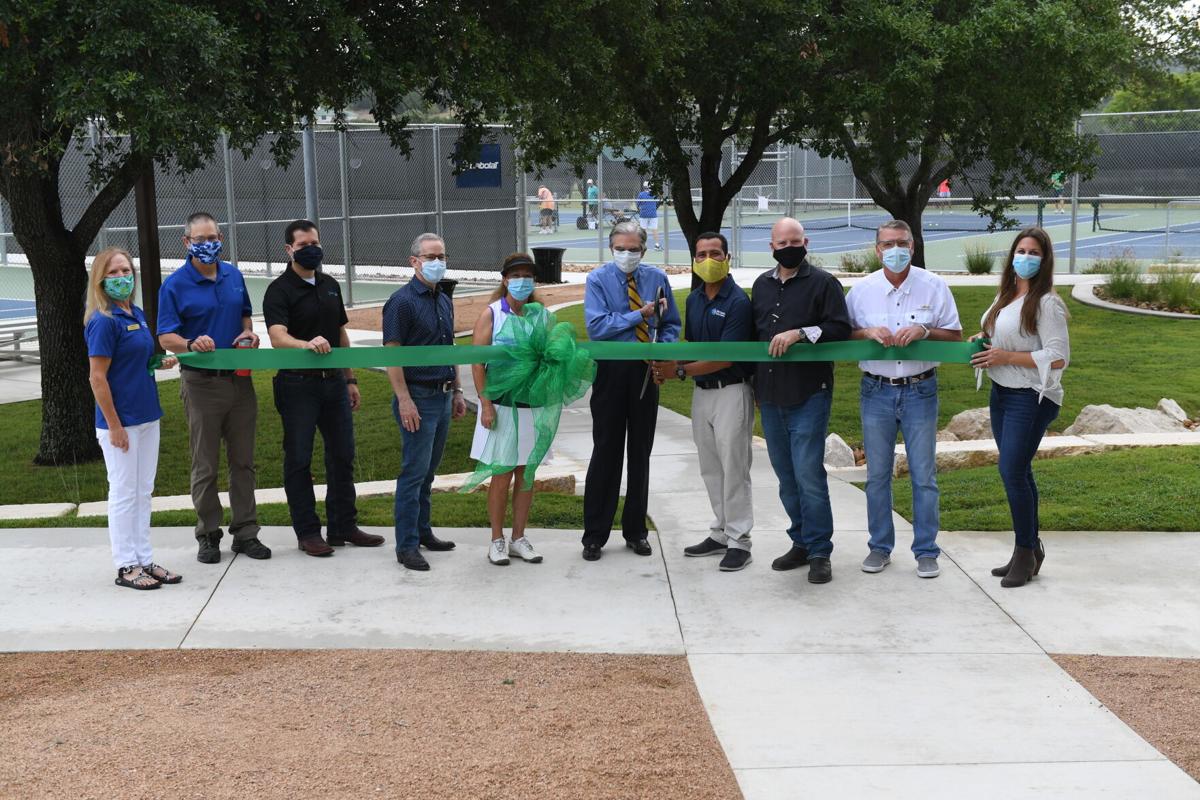 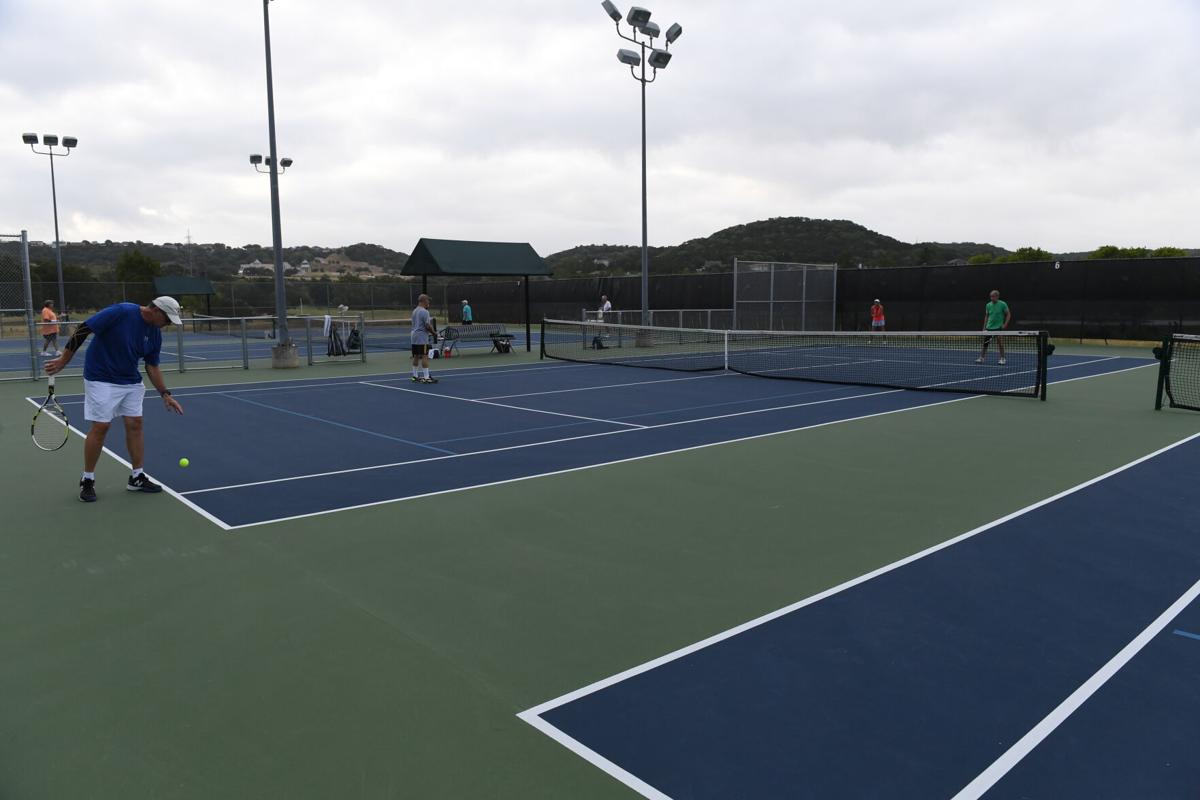 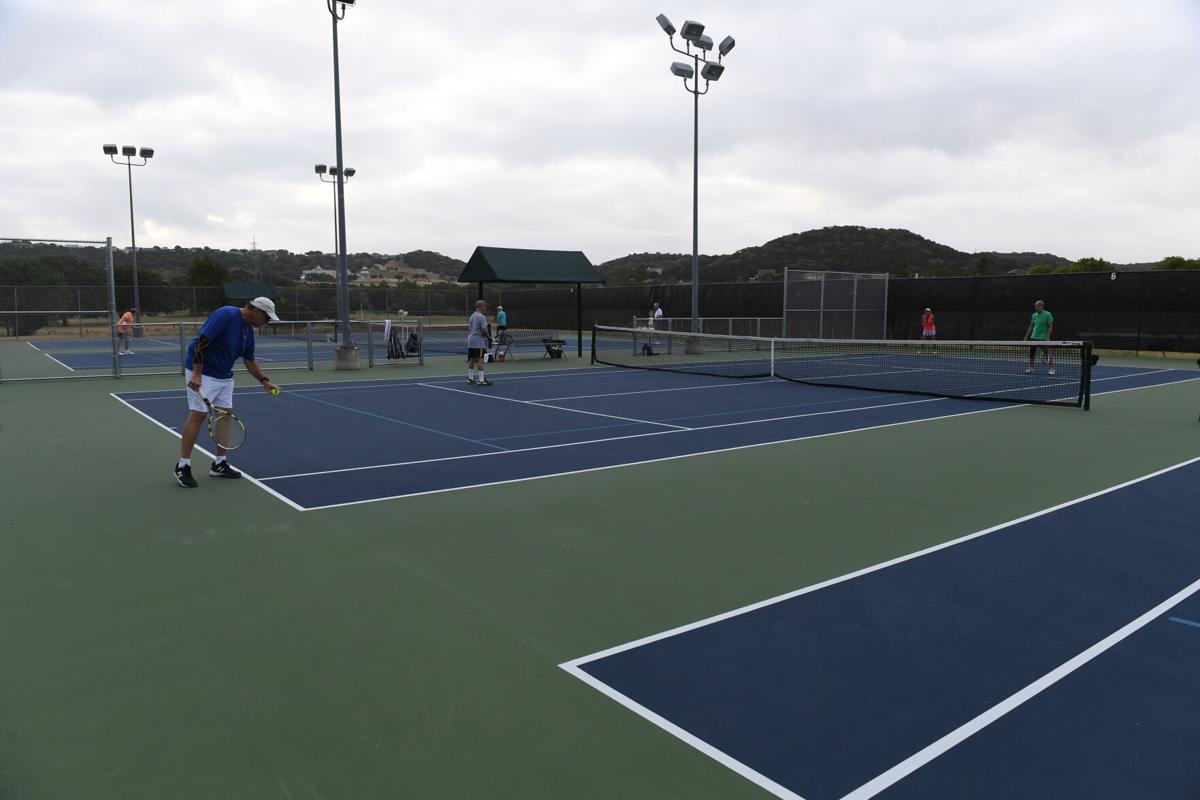 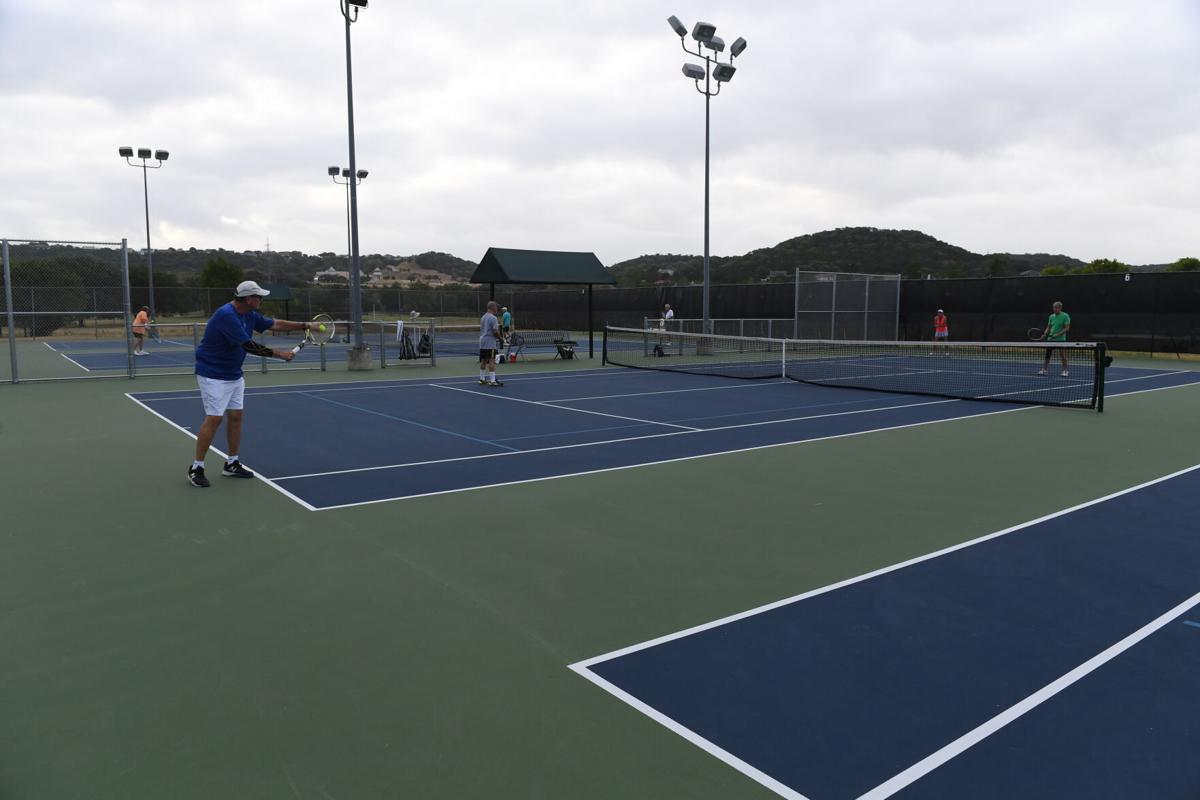 Daniel Rubio’s focus has always been on tennis — one of his true loves.

When he got the chance two years ago to leave an assistant athletic director job at a San Antonio school district and come to Kerrville to run the H-E-B Tennis Complex, he jumped at the chance. He moved his wife and two children to Kerrville and has been waiting for the day when he, along with the tennis community, can finally and formally say that the renovated complex is open for business.

On Friday, Rubio was joined by city of Kerrville officials, including Mayor Bill Blackburn and City Councilwoman Delayne Sigerman, as the H-E-B Tennis Complex had its official ribbon cutting to mark the completion of an extensive facility renovation.

“Attendance is steady, if not growing,” Rubio said Friday. “We are starting to see people come out and play for the first time. Some of them are first-time tennis players.”

Those new players will be greeted by a manicured landscaping that offers plenty of shade, seating areas and resurfaced courts. The complex is already home to Tivy and Ingram high school tennis programs, and is in position to host numerous tournaments through the U.S. Tennis Association, which could draw people from all around Central and South Texas, who want to take advantage of cooler and drier weather.

“It’s a lot cooler than San Antonio,” Rubio said. “It makes it a lot nicer to play here.”

That’s what a lot of people are hoping for and tournaments are lined up in the coming days — although the processes are dramatically different thanks to the coronavirus pandemic. In the days of social distancing, the facility lends itself to minimizing crowd interaction because it’s spread out. There are four clusters of courts and all of them have ample room to encourage social distancing.

The project was managed by local developer J.K. Bernhard and cost $1.7 million, which was funded through the city’s Economic Improvement Corporation. The complex is located just behind the existing Hal Peterson Middle School and near the city’s Scott Schreiner Municipal Golf Course.

“This just looks quality,” Blackburn said during remarks before the ribbon was cut. “This is inviting and I love the landscape work.”

Certainly the new landscaping is striking with its big oak trees to provide shade, concrete pathways, seating areas and a covered space with storage, bathrooms and a new pro shop. All of these are going to make it easier for the complex to flourish in the years to come.

Rubio, however, noted that one of the big keys to success will be in how the complex can handle changes in the sport of tennis. For instance, with the growth of pickleball in retirement communities across the country, especially in Arizona and California, the complex is designed to adapt to that potential growth.

Rubio said that he’s already seen an uptick in request to play the game, which is played with a wooden paddle and wiffle ball, because the previous place to play was at The Kroc Center, which offered indoor games. Each of the tennis courts are marked to handle pickleball, but also to handle changes to the game for children.

The USTA has moved to have children 10 years and under play on smaller courts — similar to the pickleball court size — with a deflated tennis ball and smaller racket. The right sizing move for children is aimed at growing the sport in the U.S. Previously, junior tennis players played on the same size courts and utilized the same type of equipment as adults — something Rubio said was developmentally problematic for children.