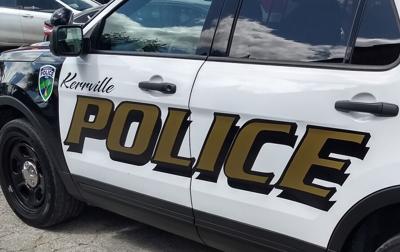 Peace officers have arrested the mother of a 2-year-old Kerrville boy whose death has been under investigation since he died at a San Antonio hospital in August.

Along with Jennifer Denise Barideaux, officers arrested her boyfriend, Tadeo Raymond Garces Jr. In investigating the boy's death, a forensic cellphone examination revealed that both his mother and Garces had deleted content from the phones related to the investigation, according to the Kerrville Police Department.

"As a result, KPD investigators obtained arrest warrants for Barideaux and Garces for Tampering with Physical Evidence," states a KPD press release.

Jennifer Denise Barideaux was arrested in Bexar County and Garces was already in custody on other charges.

"This case remains under investigation and anyone with information in this case is urged to contact the Kerrville Police Department or Kerr County Crime Stoppers at 830-896-8477," the release states. "Please reference Case # 2001577 when leaving a tip. Crime Stoppers will pay up to $5,000 for information leading to the arrest and charges filed on the person(s) responsible for the death of Gideon Barideaux."

Kerrville police were called to an apartment in the 3300 block of Legion Drive on Aug. 6 for a report of an injured child.

The child's mother "reported that the injuries were the result of an accidental fall earlier in the day," states the KPD release.

Gideon was taken to Peterson Regional Medical Center by Kerrville EMS, and later transported by air ambulance to University Hospital in San Antonio. He died on Aug. 9, and the Bexar County Medical Examiner's Office determined that his death was a homicide.

"Officers and investigators, as well as medical staff, recognized that Gideon's injuries were not consistent with an accident," states the KPD release. "Investigators immediately began an investigation in order to determine how Gideon became injured, and to identify those responsible. During the course of the investigation it was discovered that Tadeo Garces Jr. and Jennifer Barideaux were with Gideon when he sustained the injuries that led to his death. Garces and Barideaux were interviewed by KPD Criminal Investigations Unit investigators, and both maintained that the child's injuries were the result of an accidental fall."

Jennifer Barideaux was taken into custody in San Antonio with the assistance of the United States Marshals Fugitive Task Force, and has invoked her Fifth Amendment rights. According to the KPD release, she "continues to refuse to cooperate in this investigation."

Garces' bond was set at $45,000 "due to his extensive criminal history," and Barideaux is being held in the Bexar County Jail on a $15,000 bond, according to the KPD release.

"Kerrville Police Department investigators, working closely with the 216th District Attorney's Office, multiple state and federal agencies, and the Kerr County Sheriff's Office, continued a painstakingly detailed investigation into Gideon's death. During the course of the investigation, the cell phones belonging to Garces and Barideaux were seized as evidence. A forensic cellphone examination revealed that both suspects had deleted content from the phones related to this investigation. As a result, KPD investigators obtained arrest warrants for Barideaux and Garces for Tampering with Physical Evidence." — KPD press release, Oct. 20