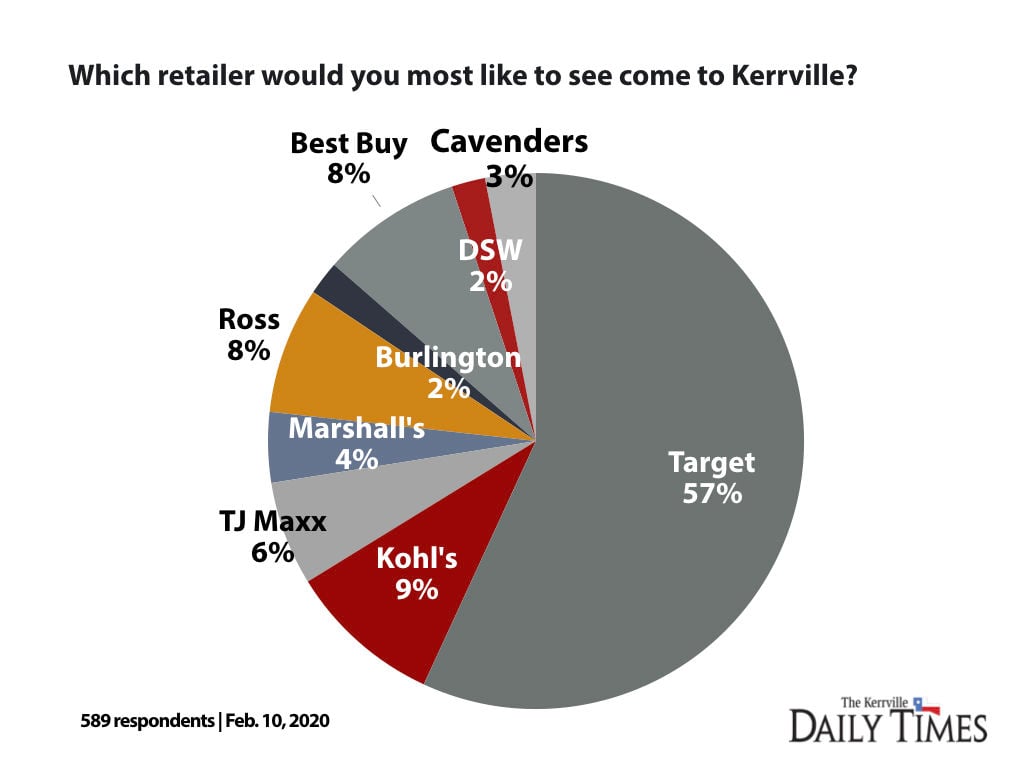 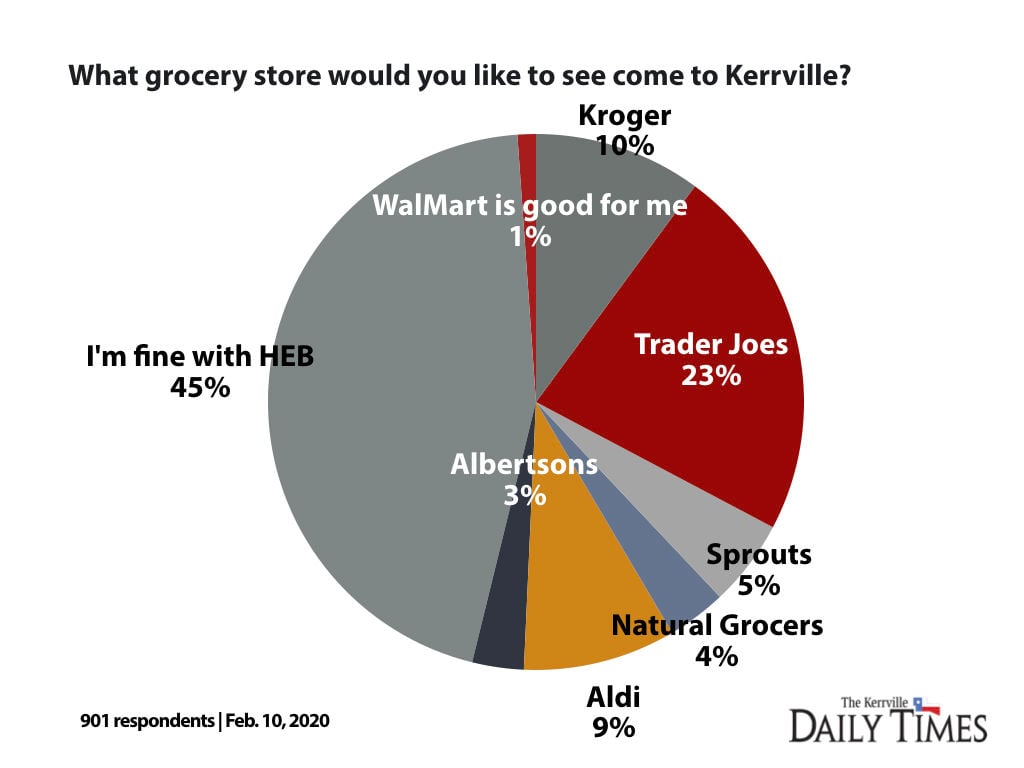 When it comes to shopping there are a lot of strong opinions and there are two brands that fire up our readers more than others — H-E-B and Target.

One we have (twice) and one we don’t have and, if we believe the economic development folks, is a long shot at getting. Of course, H-E-B is in the middle of building a new store on Main Street, which could be open sometime later this year.

However, a reader sparked a furious debate about H-E-B when he expressed irritation at the price of bell peppers at the chain, which got its start here in Kerrville. So, we wanted to know if there was another option when it came to groceries in town what would it be? We turned to our handy polls and the results were interesting.

While more than 5,000 people read Paul Anderson’s letter to the editor about the lack of quality of food, we had more than 900 answer our poll question about what they would like to see when it comes to food shopping choice. Not surprisingly 45% said H-E-B is fine with them, and we can’t really argue with them because of that addictive green sauce they make.

In the end, though, it was Trader Joe’s that was the big winner with 23% saying they would like to see that chain here. Another 9% said Sprouts, which is beginning to make inroads into Texas, and 4% said Natural Grocers, which has a store in Fredericksburg.

When we put the link up on Facebook, the question reached more than 11,000 people and produced 79 comments. Here’s a sample:

And the comment of the day is here: “We need another grocery store like we need another bank or church or chicken joint....stop it.”

When it comes to the retail space, we saw similar enthusiasm for the poll with 589 respondents. Of those 57% said Target. Kohl’s, Ross, TJ Maxx and Best Buy all earned results of around 6-8% in the poll.

As we mentioned in a previous editorial, it appears Target would be a long shot for the area based on demographics. The retailer is currently renovating hundreds of stores and is developing smaller concept stores in urban markets.

We posted the question on Facebook and saw it reach nearly 9,000 people and produce 88 comments. In our initial poll we only identified Target, Kohl’s, TJ Maxx, Ross, Marshall’s, Best Buy, Burlington, DSW and Cavenders. We asked readers to write in their suggestions as well.

The one, however, that kept getting mentioned via Facebook is Houston-based sporting good store Academy Sports.

Just some of the comments were: