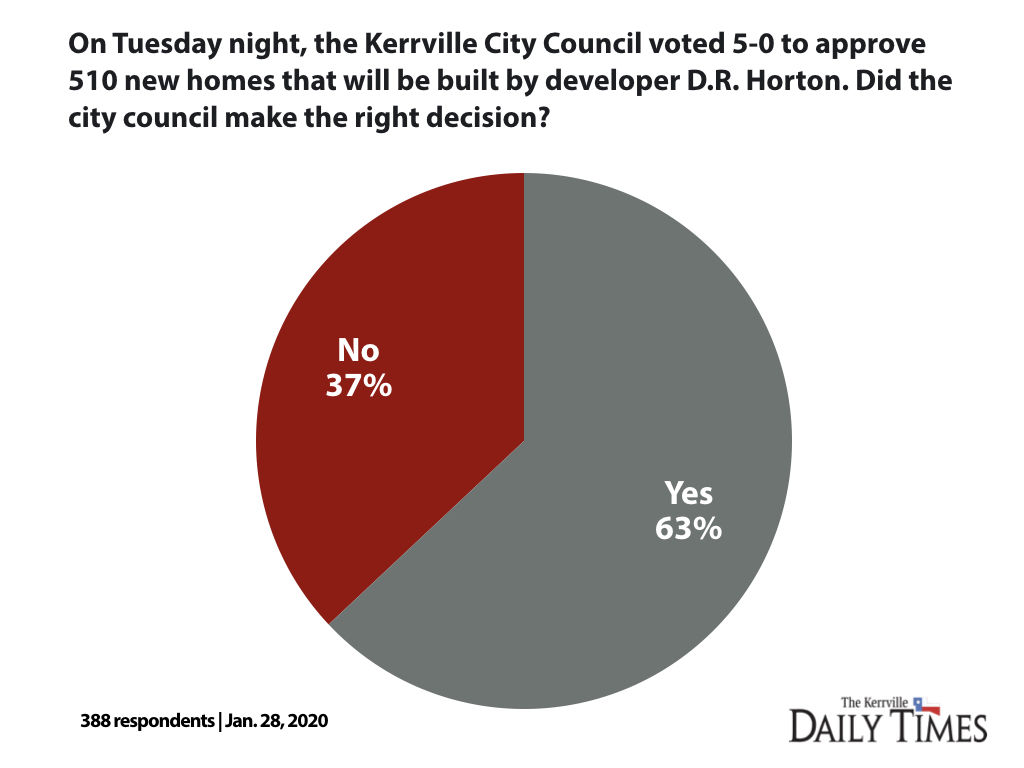 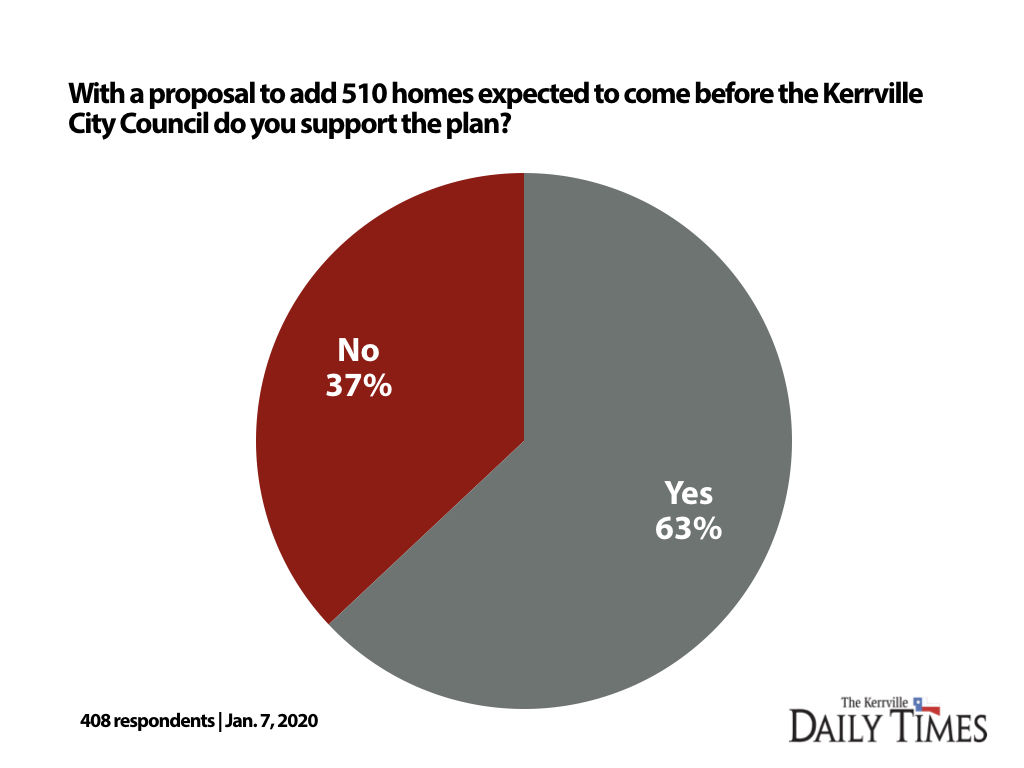 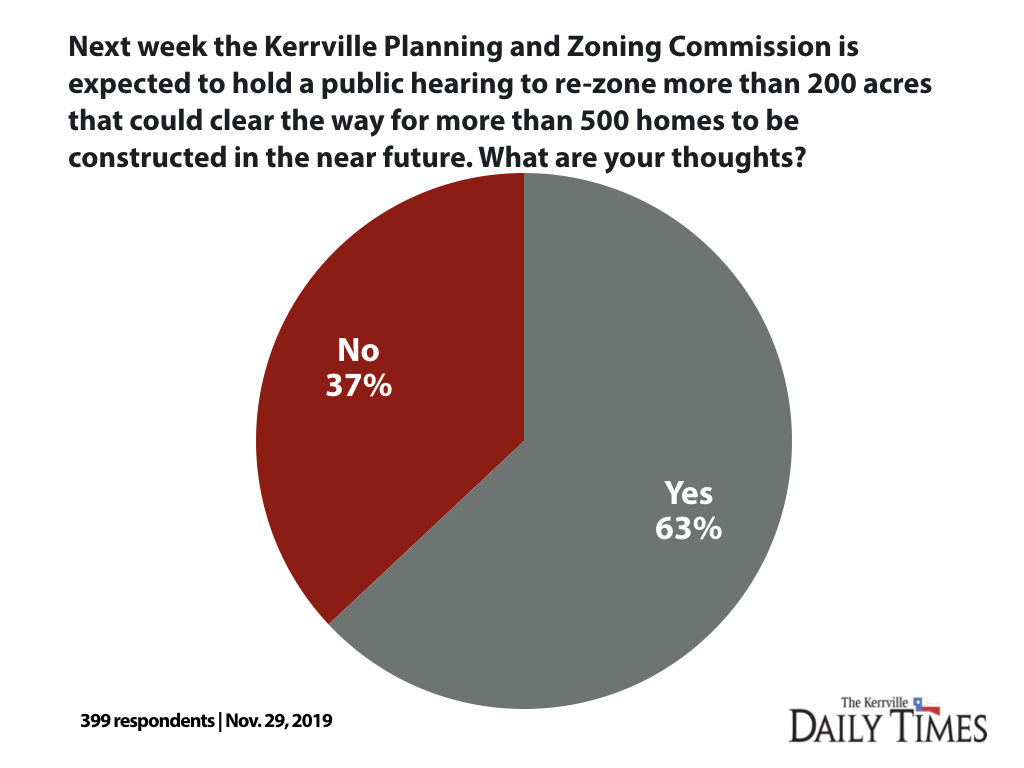 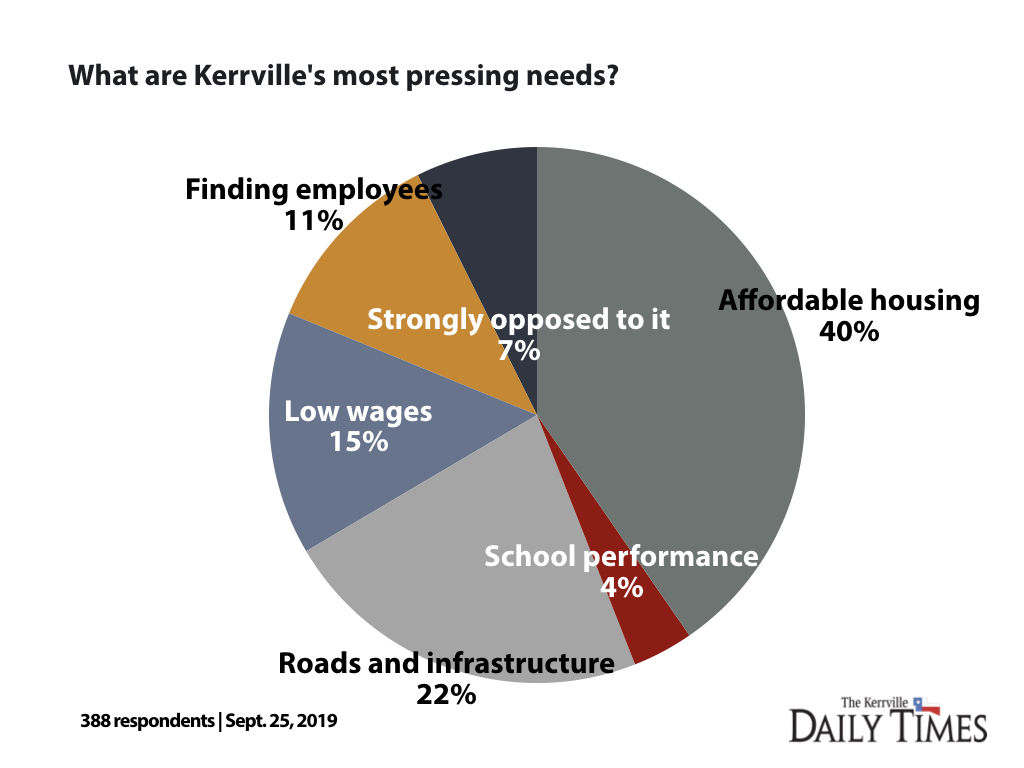 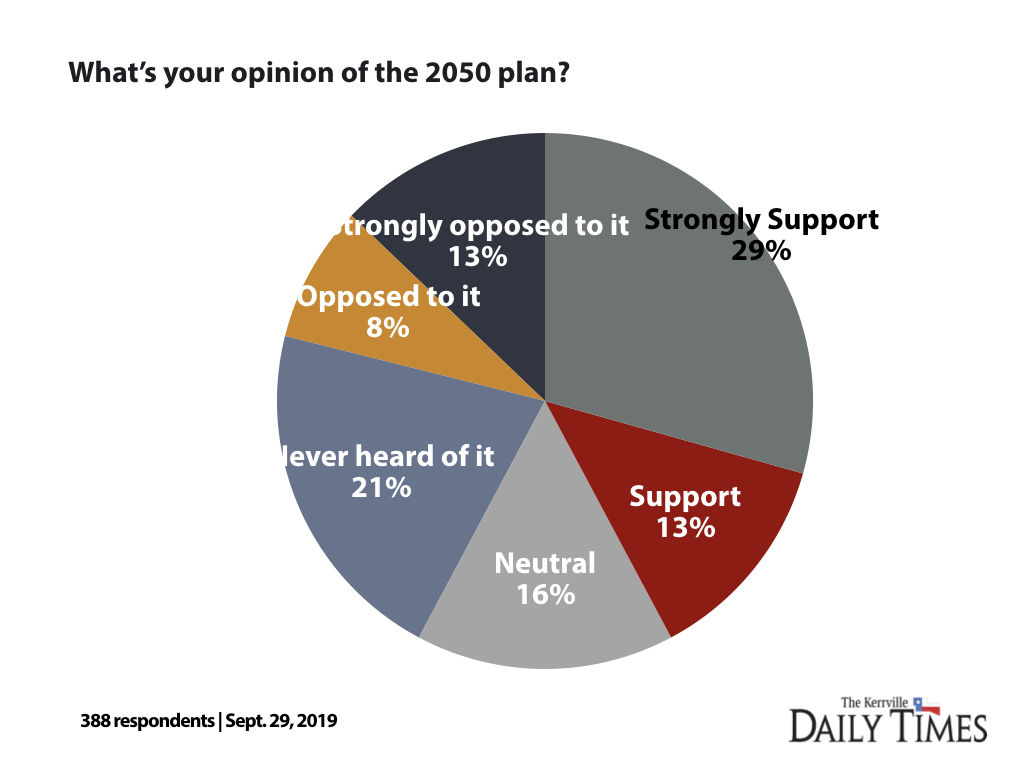 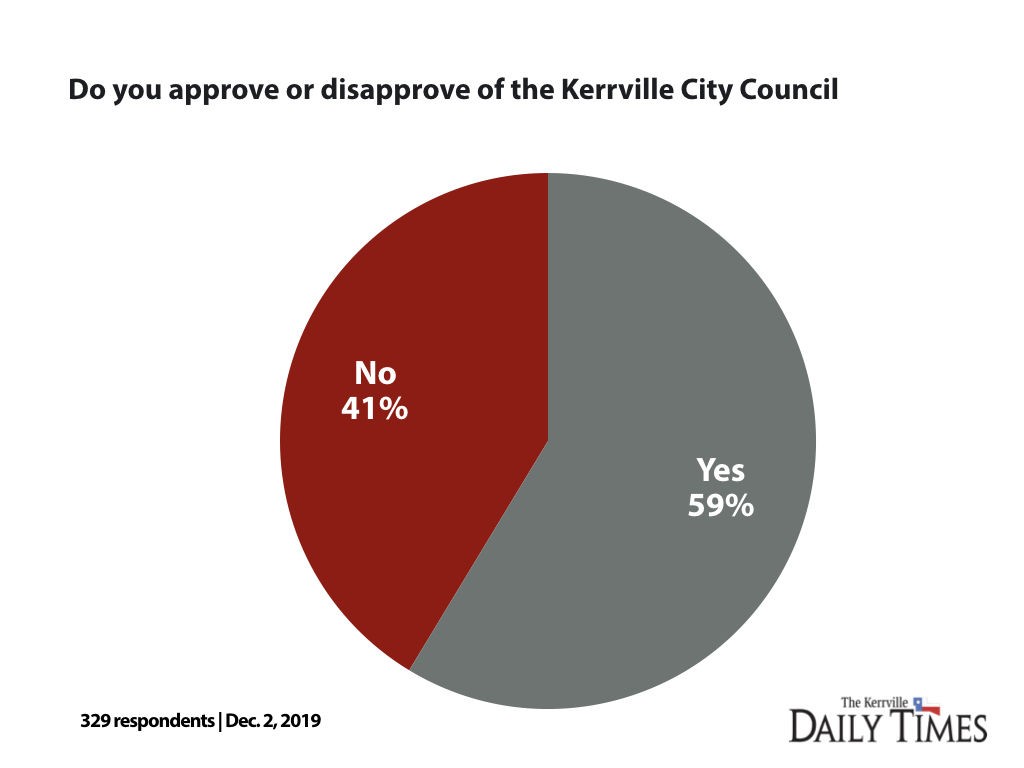 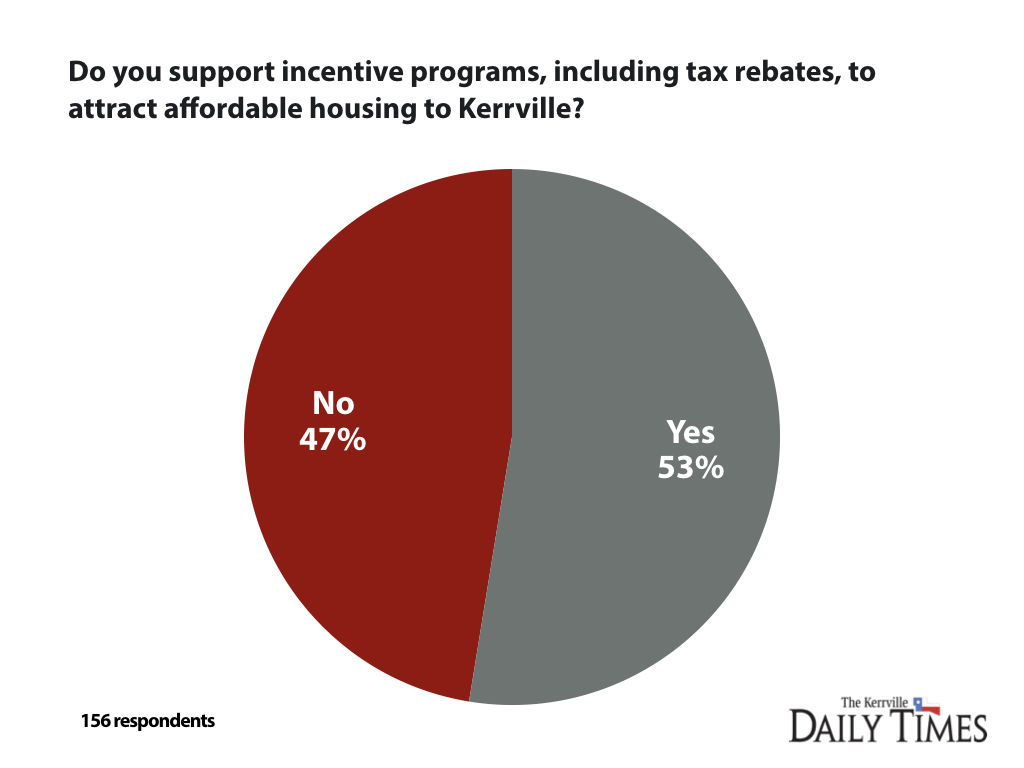 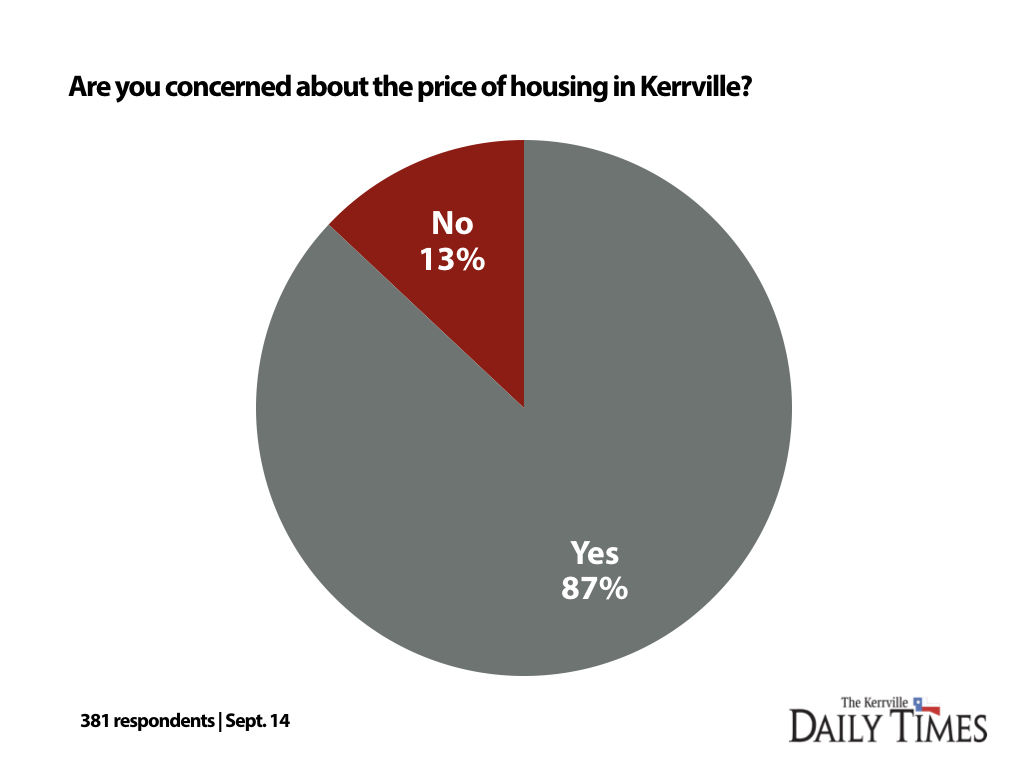 After the Kerrville City Council’s unanimous decision to allow 510 homes to be constructed in the city we saw a lot of vitriol, plenty of misinformation and some sadness that the city was definitely going to change.

As we’ve done for the last few months, we asked about the decision of our Facebook audience if the decision was the right one. The one-day non-scientific poll came back with 63% in favor of the city council’s decision.

That’s interesting because it’s the same result we’ve gotten in our last three polls dating back to the first time this came before the city’s planning and zoning commission in November.

We’ve asked various polls, both on Facebook and on dailytimes.com, about housing since September, and the response has been about the same. Residents were:

Reactions have been strong on both sides of the issue, with more than 100 comments posted on our Facebook page after Tuesday’s decision. Just some of the comments:

VERY easy to understand the results of the survey. The Times only published stories written by the head of the Chamber, developer, and the "Editorial Board". This was a done deal before they published anything and never gave enough time or information to the voters until it was too late. You make your own judgement on the lying and cheating done about "affordable housing", water problems, "workforce housing", and the rest of the garbage like traffic and affects on the Hills. Money talks BUT! wait until the next election.

I agree with VOTE THEM OUT. I don’t agree with the times poll. With only 388 votes, to 24 or 25 thousand residences, that doesn’t make a lot of sense. Just because Kerrville has more housing doesn’t mean we can fill the jobs that are there. Every place you go in the country there are help wanted signs. The building in Kerrville in progress makes sense, building 510 homes in one place without proper infrastructure to absorb the growth is ludicrous. VOTE THEM OUT!