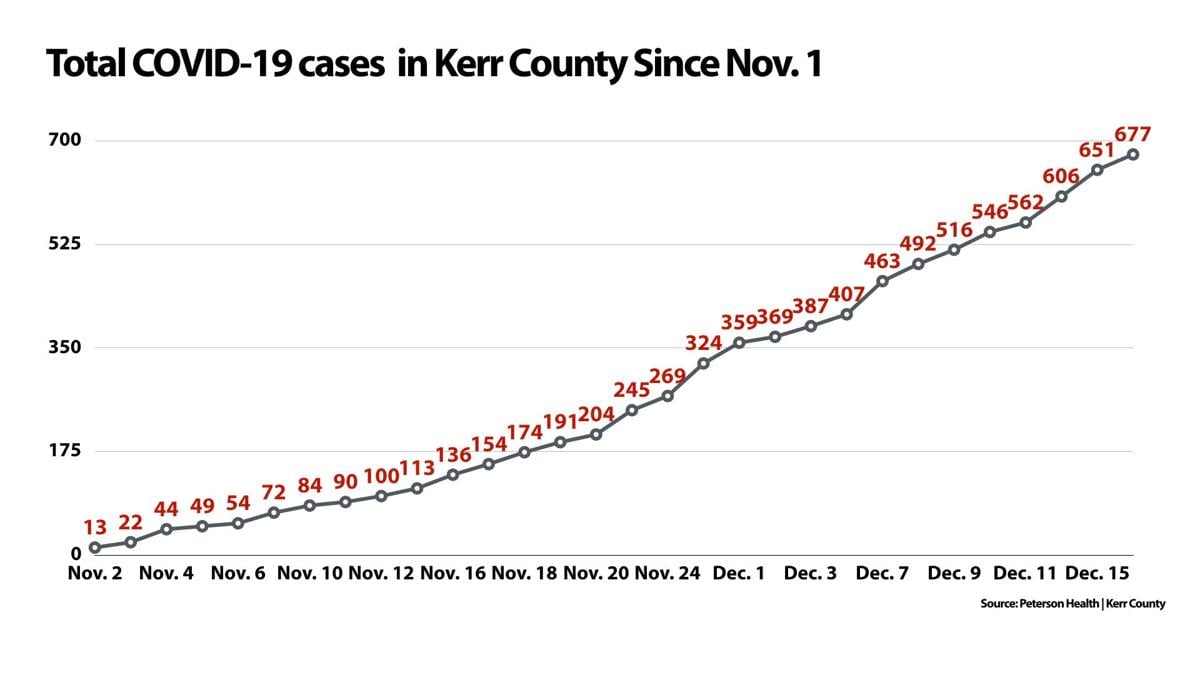 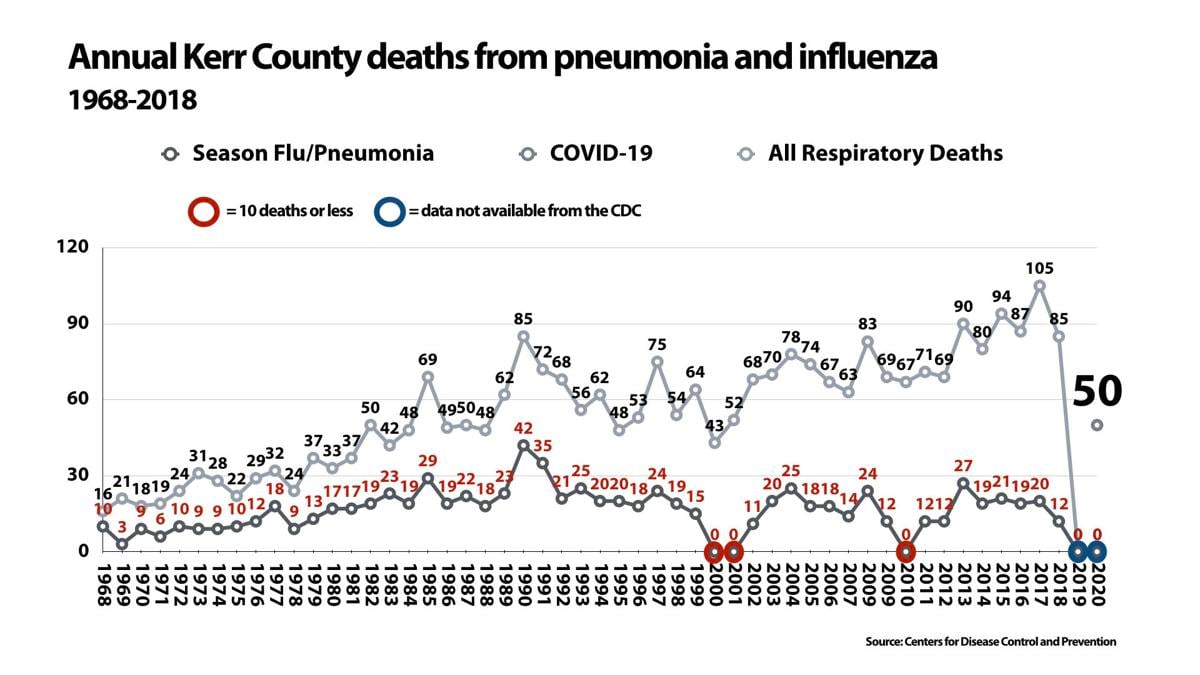 Kerr County’s coronavirus count continued to surge on Wednesday with 26 new cases reported by Peterson Health, but the state of Texas has now put the county’s total number of  infections at more than 1,800, including 499 probable cases. The state also reported an additional death, and another state agency confirmed that two more people died earlier this month at a Kerrville nursing home from COVID-19.

In two days this week — Tuesday and Wednesday — Peterson Health reported 71 new cases, and a positivity rate topping more than 20%. Peterson Regional Medical Center had 22 people admitted to the hospital — accounting for about 17% of the hospital’s census based on the number of available beds. While not the highest number recorded, the hospital has now had 20 or more COVID-19 patients seven times since Nov. 1.

In data released Tuesday by Texas Health and Human Services, two people died on Dec. 1 at Waterside Nursing and Rehabilitation — driving the COVID-19 death toll at the beleaguered Water Street facility to 12.

The outbreak appears to have run its course at the nursing home but not before infecting 89 residents and 39 staff members. The data is delayed by two weeks.

Since the end of September, 13 residents have died in nursing homes in Kerrville. The other death was at Hilltop Village.

The Kerrville Daily Times now estimates that the number of deaths is at 50 for the county. That number could change as the data is sorted and potential duplicates are removed, but it also could be an under count due to the delays in reporting, especially at nursing homes and assisted living facilities. In addition, the Texas Department of State Health Services provides no context as to where deaths occurred and it can take up to 10 days or longer to match up data from Peterson Health’s reporting of deaths.

One of the newest deaths reported by the DSHS occurred on Nov. 1 — marking the 17th death in the month.

Kerr County officials said they still don’t know how many people have tested positive from a one-day testing event last week that drew more than 700 people, but current trends suggest a positivity rate between 15-20%.

Peterson Regional Medical Center reported that 19 people are now hospitalized. Since Nov. 1, Peterson Health has admitted a minimum of 44 people for COVID-19 — covering 461 days of treatment.

It is interesting how some don’t believe in science, but believe in evolution so much they want to advance the cause.

Wear your masks, people!!! Please protect yourself and others!