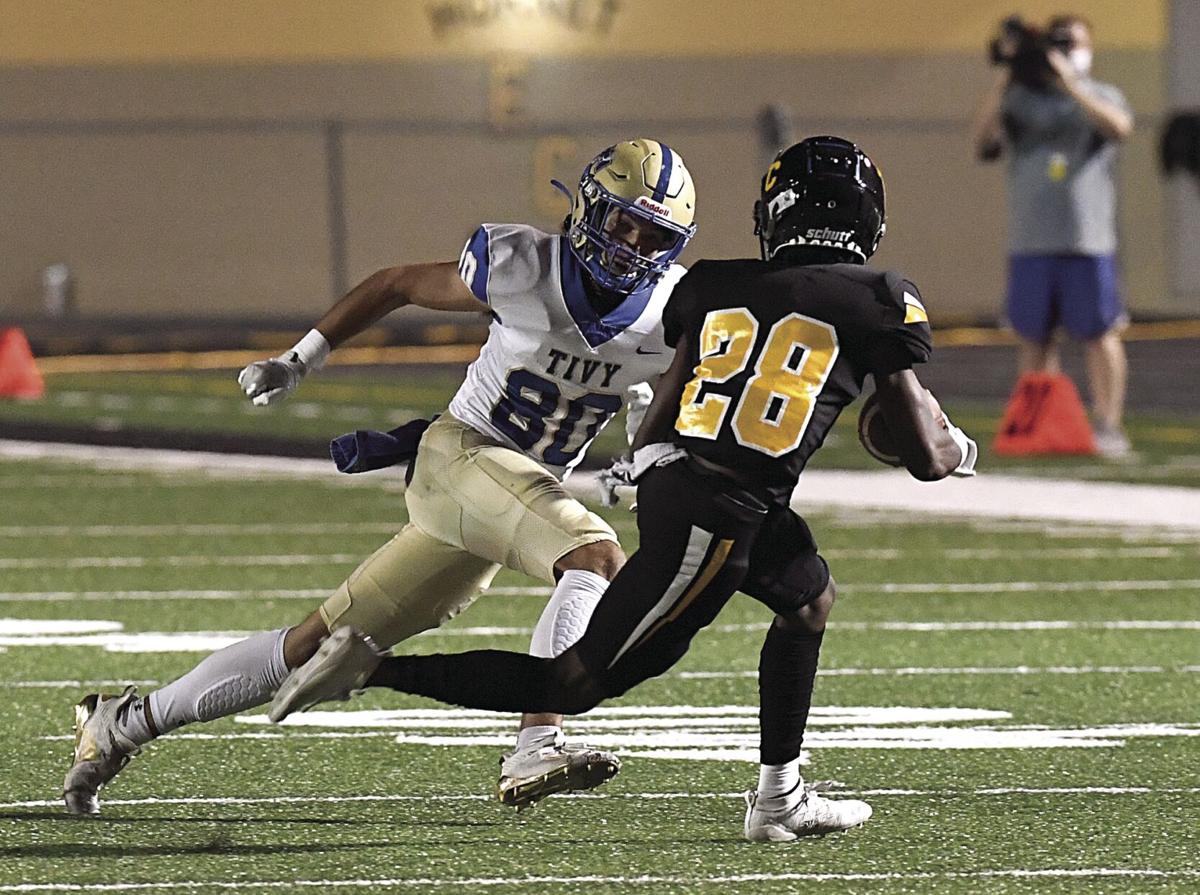 makes a tackle after a reception 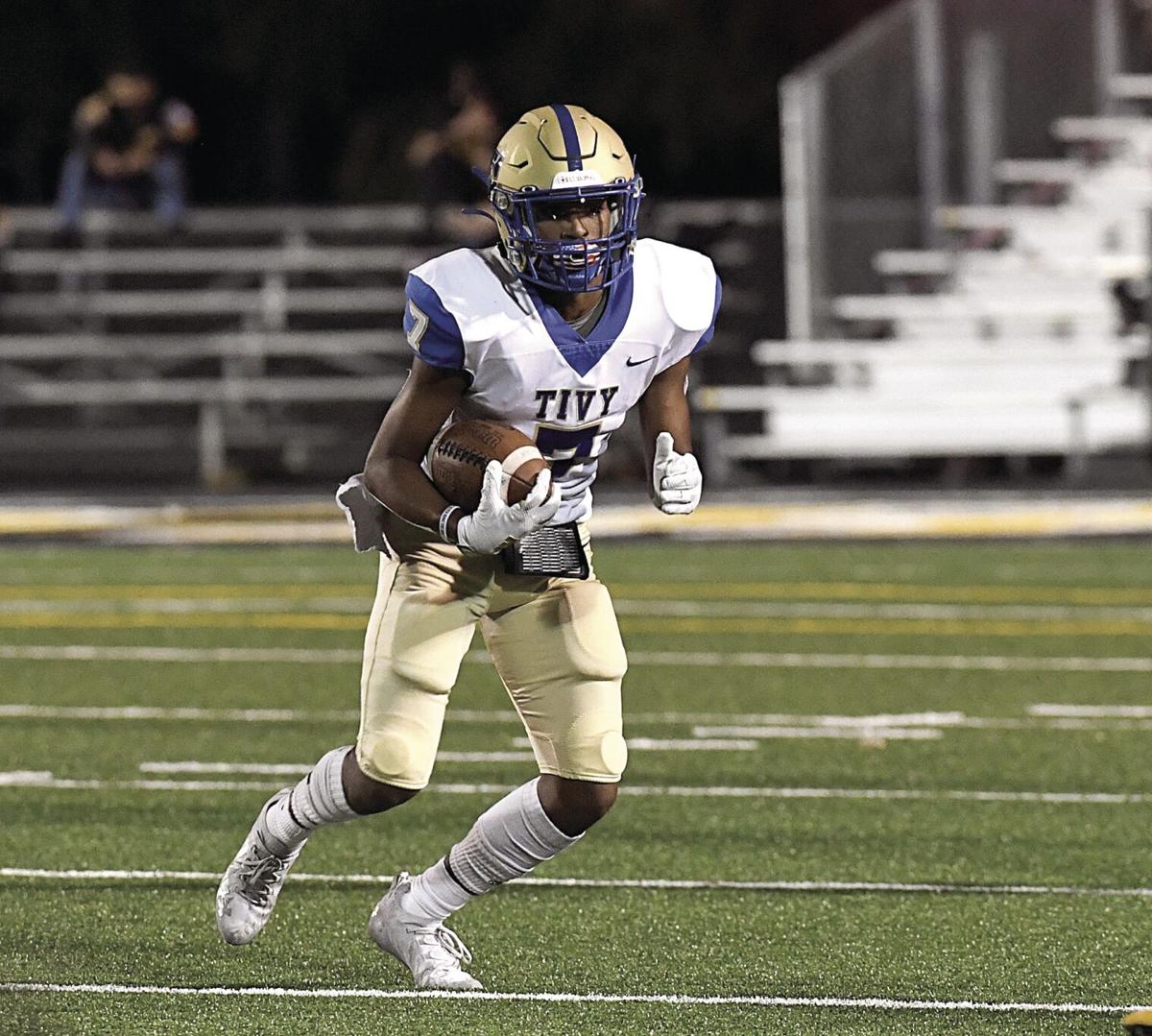 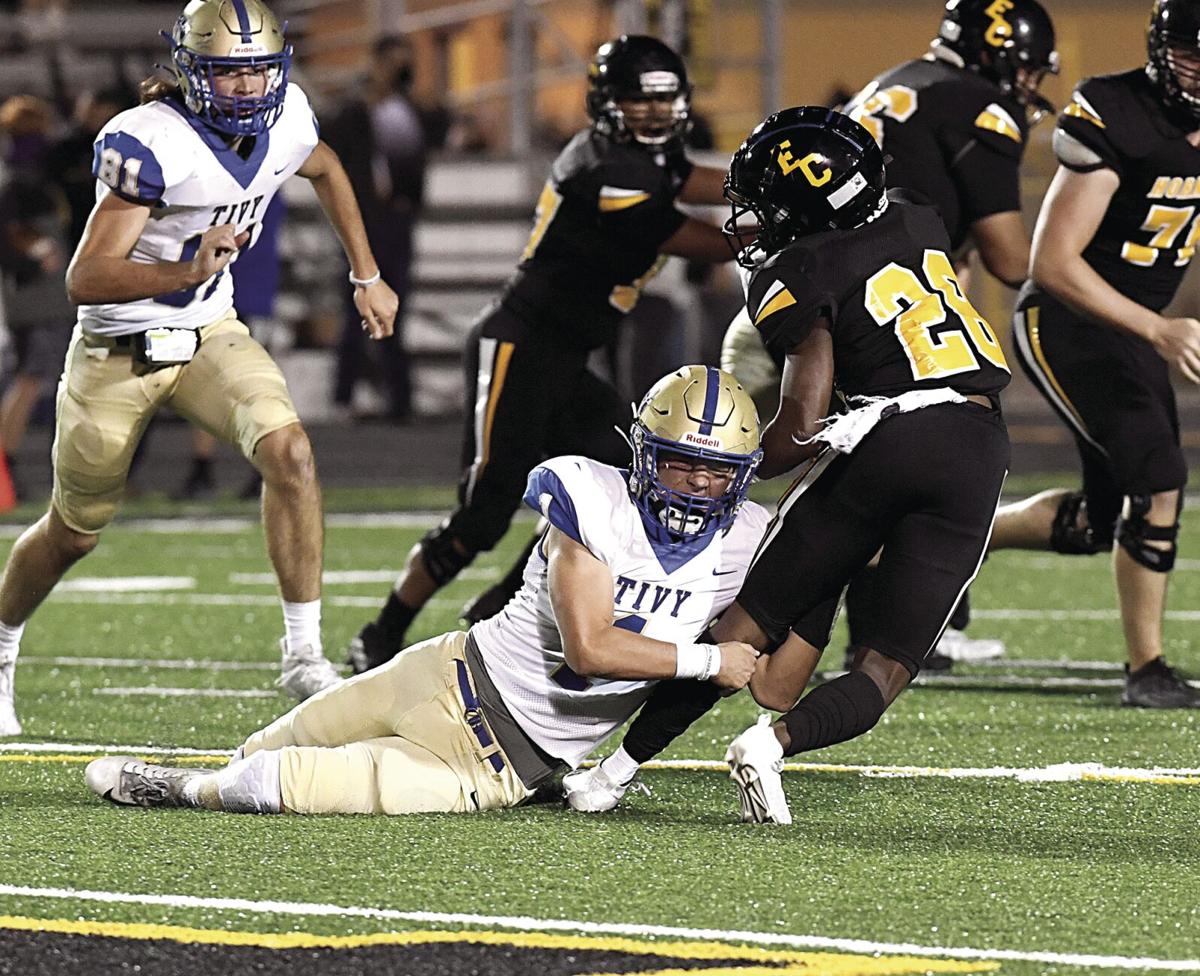 #1 tackles the running back for a 5 yard loss 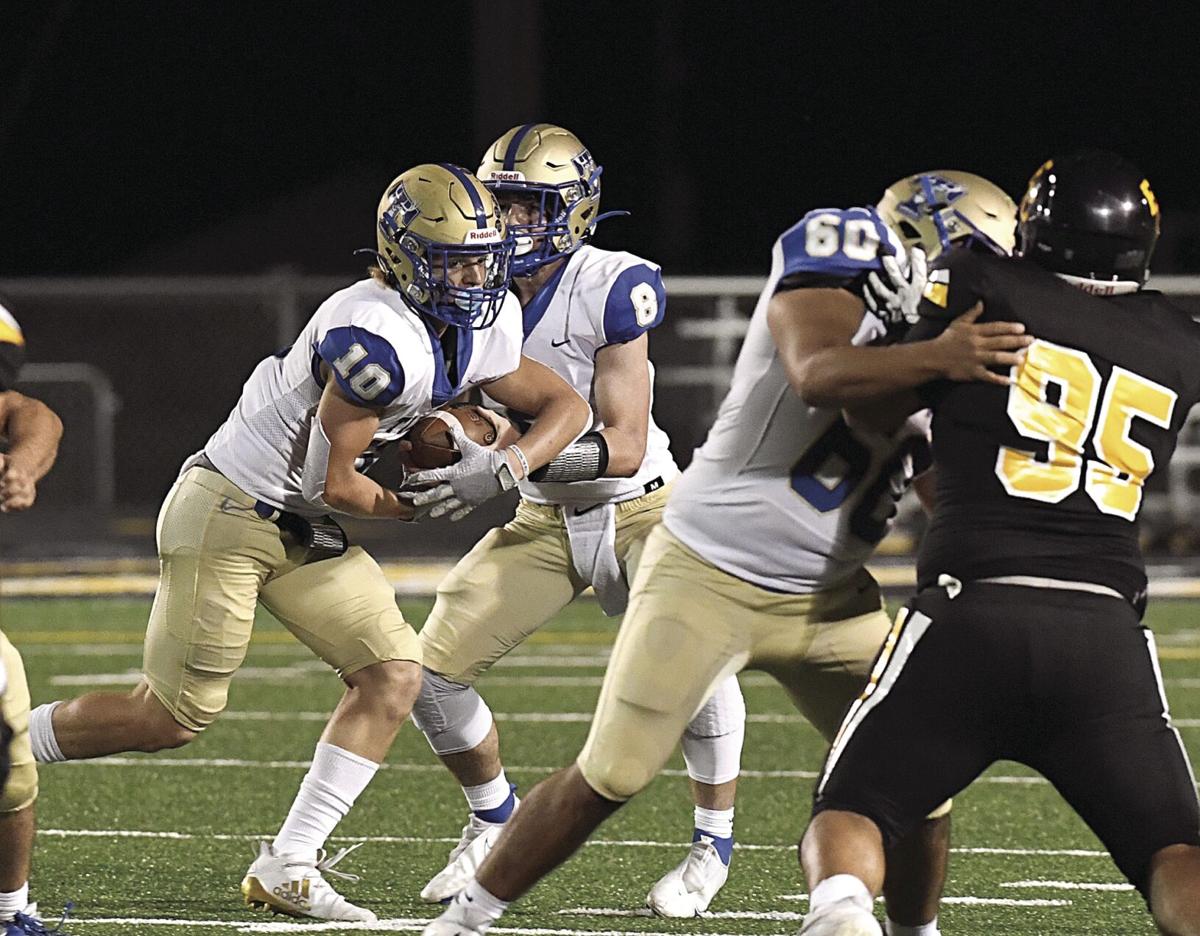 makes a tackle after a reception

#1 tackles the running back for a 5 yard loss

The Tivy Antlers kept getting closer and closer to finishing out a game, but they fell short 31-28 against 6A San Antonio East Central on Friday night.

A cool north wind greeted fans at Hornet Stadium and quite a few Tivy faithful showed up for moral support.

Tivy received the opening kickoff and put an impressive scoring drive together and had their first lead of the season early in the game.

Jake Layton found Jackson Johnston wide open and connected on a 65 yard completion to set Tivy up with first and goal at the two-yard line.

Fisher Middleton took it up the gut to put Tivy on top 7-0.

A couple of back and forth possessions amounted to nothing until late in the first quarter.

With first and ten on the Tivy 39, Jake Layton called his own number and took it 61 yards to the house putting the Antlers on top 14-0.

Defensively, Hayden Poe delivered a nasty sack on East Central quarterback Caden Bosanko to force the Hornets to punt on fourth and 27.

Tivy was moving the ball well again mixing things up with Layton leading the team downfield with ease.

The drive stalled at the Hornet 16 yard line.

Late in the first half, East Central stormed back.

Despite a sack by Ethan Honeycutt giving the Hornets third and goal at the 14, Bosanko found Anston Bryant-Kelley open for a 14-yard strike to cut the lead to 14-7 with 1:22 left in the half.

On the next drive, Layton fumbled the ball deep in their own territory.

This led to East Central’s Noah Chavez nailing a 40-yard field goal as time expired with Tivy on top 14-10 at the half.

East Central mounted a 45 yard touchdown drive to open the second half of play.

The combination of Bosanko and Kelley worked magically again with a 22 yard touchdown pass to put the Hornets on top 17-10.

Set up by a 45-yard pass completion from Layton to Johnston, Tivy had first and goal from the six.

After a defensive stop on the next drive, Layton was picked off by Cornell George.

This led to a quick touchdown pass from Bosanko to Kelley to give East Central a 24-21 lead with 44 ticks left in the third.

DOWN TO THE WIRE FOURTH

East Central stopped Tivy forcing the Antlers to punt it away.

East Central drained the clock on a long 80 yard drive with Bosanko finding Jack Stewart open for a 25 yard strike to put them on top 31-21.

Fisher Middleton scores his third touchdown of the night with 6:13 left in the game to give Tivy a chance trailing 31-28.

Tivy’s defense was worn down as the Hornets ran out the clock on a 6:13 drive to end the game.

Despite the loss, Coach Jones did have a few positive takeaways from the tough matchup against another 6A squad.

“We never gave up. Sometimes things don’t go your way,” Jones said. “We have to get better.”

“We need to unite as a team,” Running back Fisher Middleton said after the game.

After making a huge 60-yard run in the second half, Fisher Middleton said, “I was tired and the play hadn’t worked all night, but the gap opened and I ran as hard as I could.”

Tivy is home against Lockhart.  It is Homecoming Night and kickoff is set for 7:30 p.m. at Antler Stadium.

“I think it will be a good week and a good game,” Middleton said about the upcoming game next week.