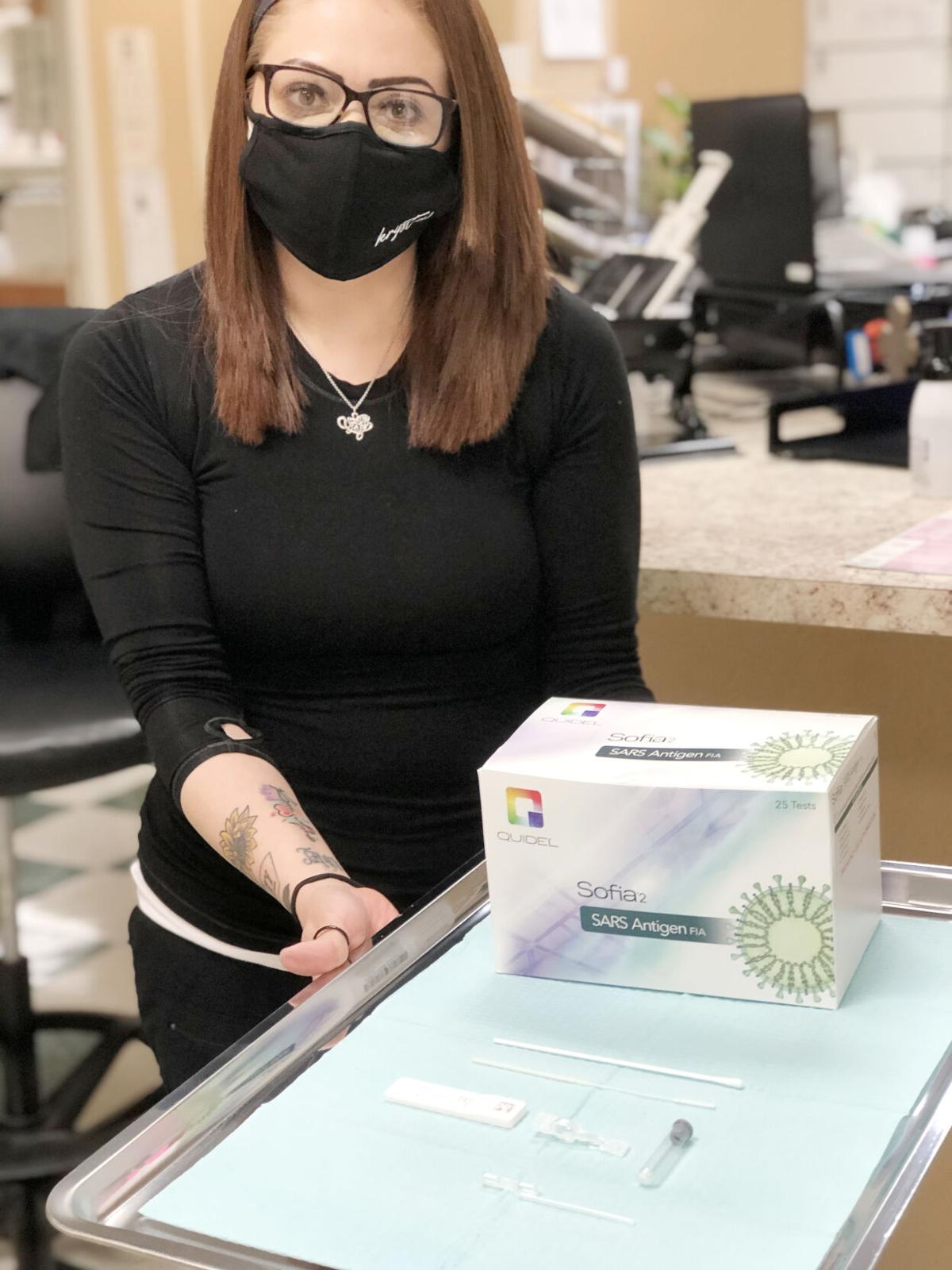 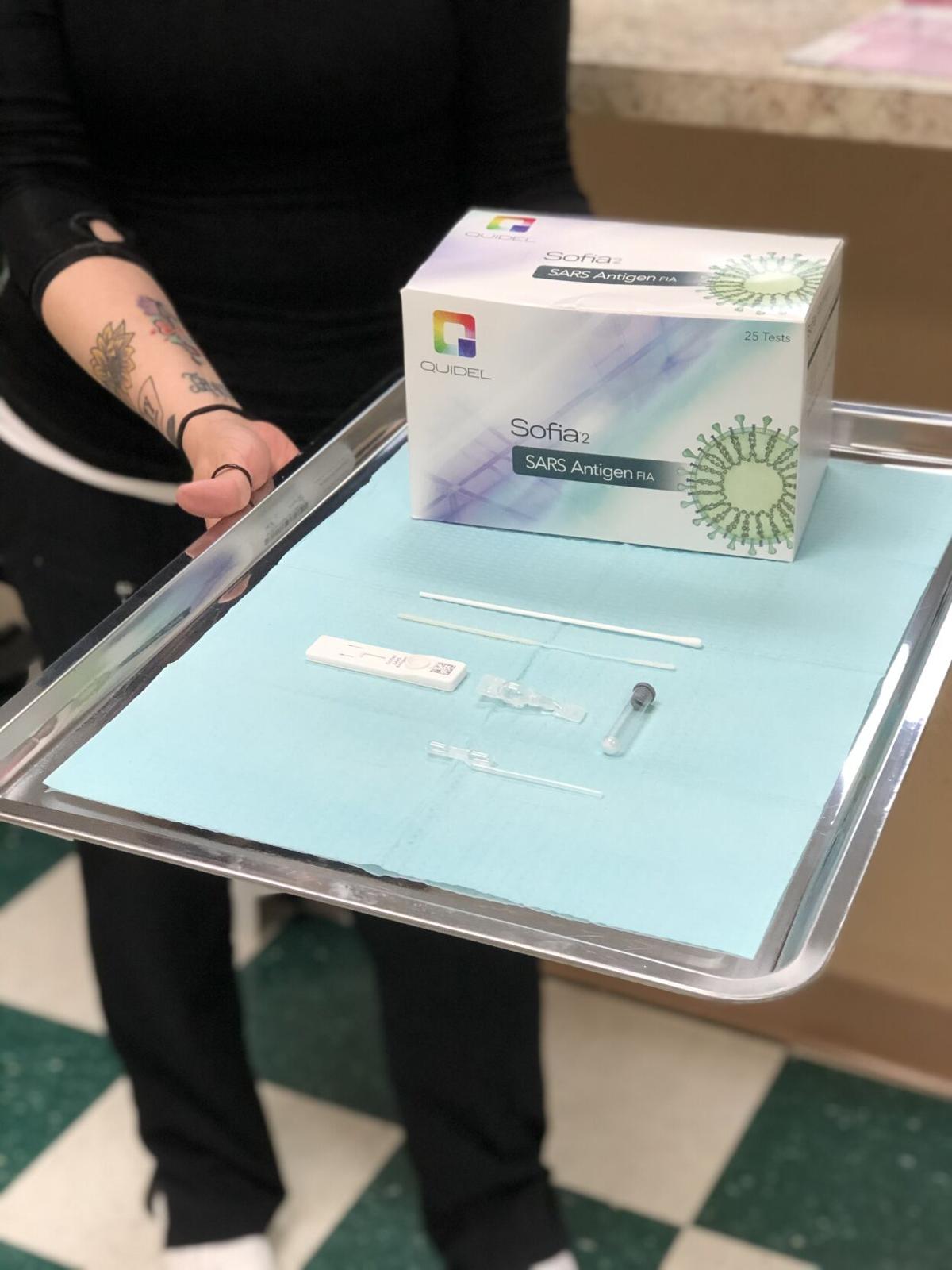 After months of being on the front lines of the battle against coronavirus, the staff at Kerrville’s Franklin Clinic think they have a tool that will help them be more responsive in treating patients, along with protecting the community.

Starting Friday, the clinic will offer rapid-result antigen testing for those who qualify, but unlike the standard polymerase chain reaction, or PCR, test, this will provide results on the same day. The test, which is approved by the Federal Drug Administration and is made by San Diego-based Quidel, is being used around the country, including in San Antonio.

The Franklin Clinic has seen its share of COVID-19 patients with 35 testing positive of the 377 who have been screened at the Hill Country Drive Clinic. Those numbers are counted in the overall totals for Kerr County. In May, the clinic had several patients test positive for the virus.

In turn, the clinic has focused its efforts on being even more responsive during the surge of patients it has experienced since May, and efficient testing is part of the plan.

“I think to the detriment of the public is that one of the biggest barriers to reducing the spread to the community is the turnaround time that we’ve seen of the PCR test, which right now is considered the gold standard,” said Andrew Tullman, a physician assistant, who is also the clinic’s administrator. “We don’t see a significant difference in the sensitivity of each test, but when you’re telling someone 10 days later that their test was positive. I’ve told people that and then said it’s been long enough that you don’t need to be quarantined.”

This new test is a two-part screening with a nose swab and a throat swab. The samples are collected and tested with a small analyzer in the office. The process promises a same-day turnaround, but Amanda Rios, the clinic’s business administrator, said there will be limits on how many tests the clinic can do daily.

The test isn’t perfect and it has been known to register false negatives — like the PCR test. However, Tullman said their initial trials with the test and their training lead the clinic staff to believe this is an important offering for the community.

Quidel has been able to roll out the testing across the country, and the antigen testing has been touted by many, including Dr. Deborah Birx, one of the medical leads on the White House’s Coronavirus Task Force.

While there is a prompt pay model, Ramos said that most insurance companies will cover the test, but that they’re only treating people who have a known exposure or symptomatic, including those referred by one of the clinic’s doctors or physician assistants.

“I think this is going to be our next big success,” Tullman said. “The same-day turnaround is huge.”

Franklin is determined to keep the virus from spreading inside its office. The doors are locked, patients are required to call before coming in, temperatures are checked, there’s a pre-screening questionnaire before even getting through the doors. All of this is leading to an expected surge in testing in the coming days.

“Because we expect a really large volume, we’ve tried to set up a really clear process,” said Krystal Rios, a licensed vocational nurse and the clinic's clinical administrator. “We have worked really hard at getting it set up. We want to have the patient register online to expedite the process. This is not to inconvenience the patient but it’s for the convenience of the patient. This helps move it along.”

KDT has updated the article to indicate the Franklin clinic numbers are included in the numbers for Kerr County. A week ago(July 23), Kerr County released the numbers and they are the same numbers reported by Peterson Health and Peterson states every day that their numbers are theirs only. Just sayin.........

So we have had more tests and more results that haven't been reported. Neither the county, city or KDT is interested in giving us a real accounting of the Covid activity in the county. Why is that?