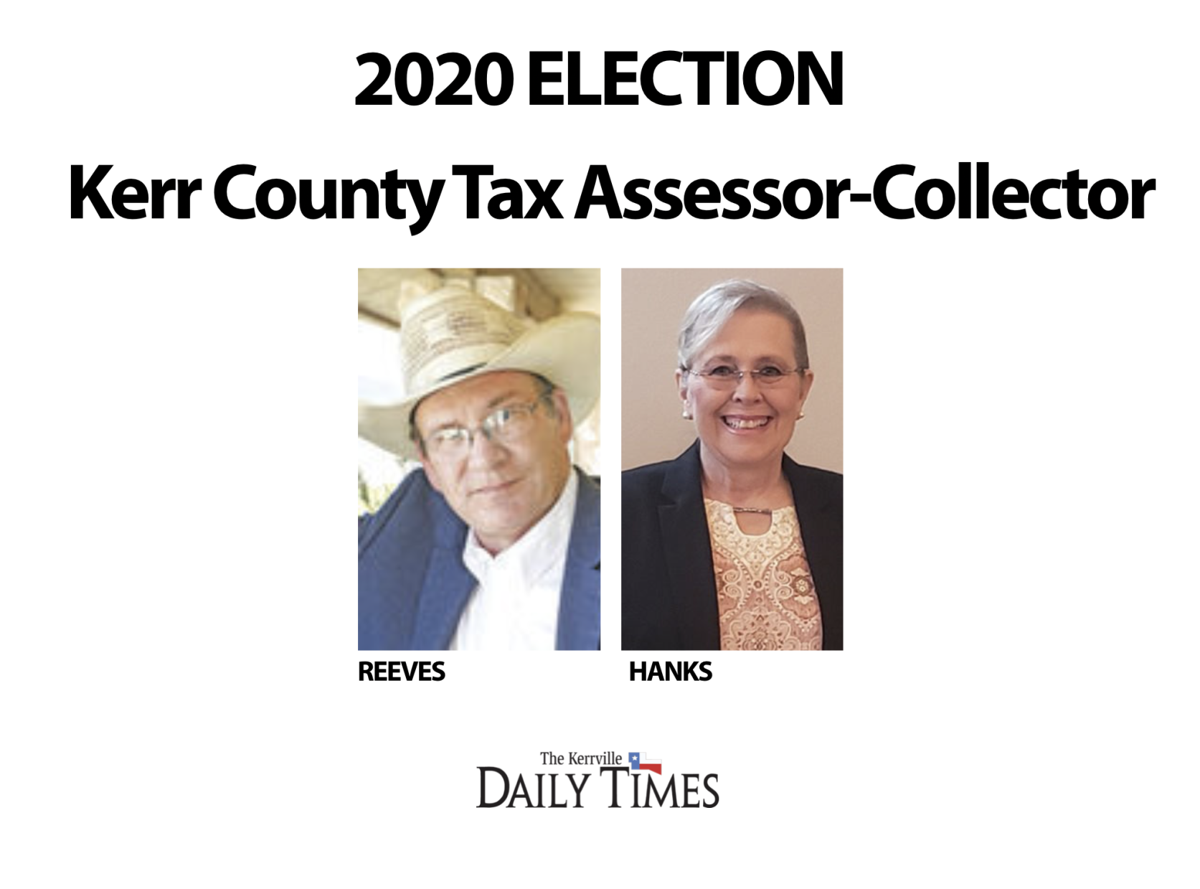 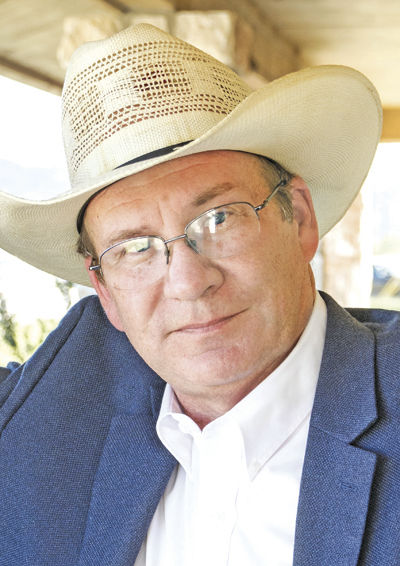 Kerr County voters will have a chance starting today to choose their next tax assessor-collector.

When Diane Bolin retired in 2018 after 12 years in that position, county commissioners appointed Bob Reeves to fill the unexpired term after he was unseated as Precinct 4 County Commissioner that election year. In the next few weeks, voters will decide whether they want to keep him there or whether they want Lonnell Hanks to succeed him.

Although he was new to the job in November 2018, Reeves holds the distinction of being present in the tax assessor-collector’s office before his birth — he was in utero while his mother led that county division.

“And then in 1990, when she retired, I was already doing consulting work, and she and I formed a partnership and did property tax consulting work all over the state, and we continued to do that until she passed away in 2007,” Reeves said Monday.

Reeves expressed appreciation for her deep knowledge and said he learned a lot from her. With his wife a certified public accountant, his children may have gotten a double whopper in the finance genes department. Reeves’ children both have finance-heavy careers: His daughter is an insurance underwriter and his son is in commercial lending for a bank. The next generation just arrived with the birth of Reeves’ grandson on Jan. 24.

Reeves continued in the property tax consulting business until his appointment to the commissioners court in 2014 to fill the unexpired term of Precinct 4 County Commissioner Bruce Oehler.

Reeves said his experience in the private sector working in the family business allows him to “bring valuable knowledge” to the office of tax assessor-collector. It’s helped him stay within budget even with increasing postage costs and a state mandate that required the county to mail out new voter registration cards, he said. He was able to send unused funds back to the county last year, Reeves said.

“I also feel that with my experience in the private sector, I’m able to take care of the budget,” Reeves said. “Our office handles more money than the entire county budget. I collect taxes from 13 different entities — everybody but Kerrville ISD, andI have to count and remit the money timely to each of those entities. … I understand the need for accuracy and timely accounting for all funds that come into my possession.”

Reeves said he doesn’t foresee needing to hire more people if re-elected, assuming all variables remain constant. As of Monday, there were 15 budgeted positions, including two open positions. A new employee was scheduled to start Tuesday, however, and Reeves said he expects to be fully staffed on March 2 when another staff member is hired, he said.

Reeves said 80% of his staff is cross trained for at least two sections. The office has three sections: motor vehicles, taxes and elections.

“Two weeks ago, when we were so busy collecting property taxes … we had people from elections helping with collections,” Reeves said. “I’m a firm believer in cross training. I don’t ever think i would ever have at the main office just one line, but it’s always good if I need somebody to go from one side of the office to the other, that i have them trained to do that.”

Reeves acknowledged there has been some turnover at the office, but said it’s not unusual.

“You’re going to have turnover, you’re going to have people who retried, people finding better financial opportunities, and you can’t fault if somebody found a better paying job or something like that. And sometimes it’s for family or personal reasons. I feel that when I have had turnover, that I have replaced them with experienced people from the private sector, bringing that experience into the public sector, hiring several people who have managerial experience.”

Although the tax assessor-collector isn’t required to make sure taxpayers are taking advantage of all their possible exemptions and related benefits, Reeves said he’s committed to offering that service.

“One of the things that we do is make sure when they come in with a question on their tax bill, we’re going to look at it and make sure they’ve received every benefit and every right they’re entitled to under the tax code,” Reeves said. “And if not, we send them to the appraisal district. Myself and my staff, we’ll sit down with them when they come in.”

Reeves said this is because, as far as he and his team are concerned, they’ve “got about 51,000 bosses — it’s our citizens and we’ve got to help them.”

Although Lonnell Hanks retired from the county in 2014 after 23 years of service in the tax assessor-collector’s office, she’s anxious to get back into the fray.

“I strongly endorse Lonnell Hanks because of her valuable knowledge, experience and education,” Rector-Scott said in the endorsement announced Monday.

Hanks started out in the motor vehicles section in 1991. That year, she and her husband had two elementary school-aged kids. In her spare time at home, Hanks took it upon herself to learn as much as possible about her new job, taking home a title manual. Now, Hanks can title a vehicle from parts, she said.

Within five years, Hanks made the move to motor vehicles supervisor and served in that capacity for 17 years, and also learned the other roles, she said. She also helped open the county substation in Ingram. Hanks said she’s proud of the fact that she started at the office “from scratch,” which she indicated would help her to impart the knowledge she has to other employees.

“I could train everyone,” Hanks said.

“I think the community deserves somebody with the qualifications that I have, and I have one of the best backers that I could ever imagine in Paula Rector-Scott,” Hanks said.

Although it’s not the tax assessor’s role to make sure people get all their exemptions and related benefits, Hanks indicated she sees it as a duty of the office to guide people in the right direction.

When taxpayers realize they’re not getting eligible exemptions, the appraisal district is quick about fixing the problem, she said.

“But again, if the customer doesn’t know, and if you have new people (staff), they don’t know to ask,” Hanks said. “The tax office does not set the exemptions, but again, we should be able to look at that account and at least advise them, ‘Oh, do you know you don’t have this on here, maybe you need to go to the appraisal district and get your exemptions on there.’”

Hanks said she’d explore the potential of cross training each employee to a greater extent, which would enable there to be one line rather than several at the tax office.

After retiring from the county in August 2014, Hanks went to work for Crenwelge Motors. She was among those who applied for appointment to the unexpired term vacated by Bolin in 2018. Hanks now works the front desk at the sheriff’s office. Before she went to work for the county, Hanks worked at the restaurant that eventually became Acapulco’s, in Center Point, and then she worked for an answering service, Autophone of Kerrville.

Hanks has been working in customer service her whole adult life. It’s what she’s used to and what her temperament is geared toward. And it’s a big reason she’d have trouble retiring for good.

“I can’t do it, I gotta be around people,” Hanks said. “I like people with problems — I gotta solve their problems.”