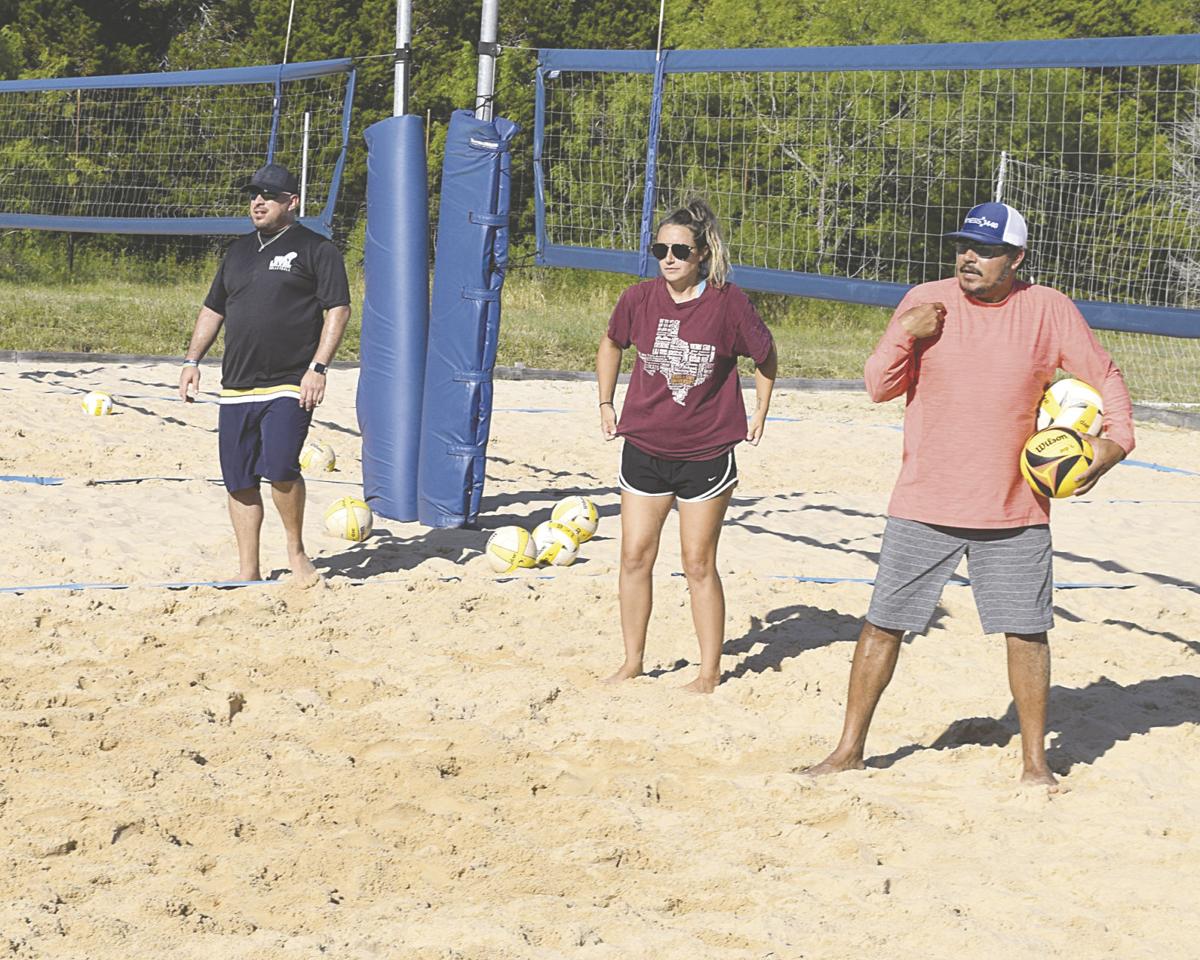 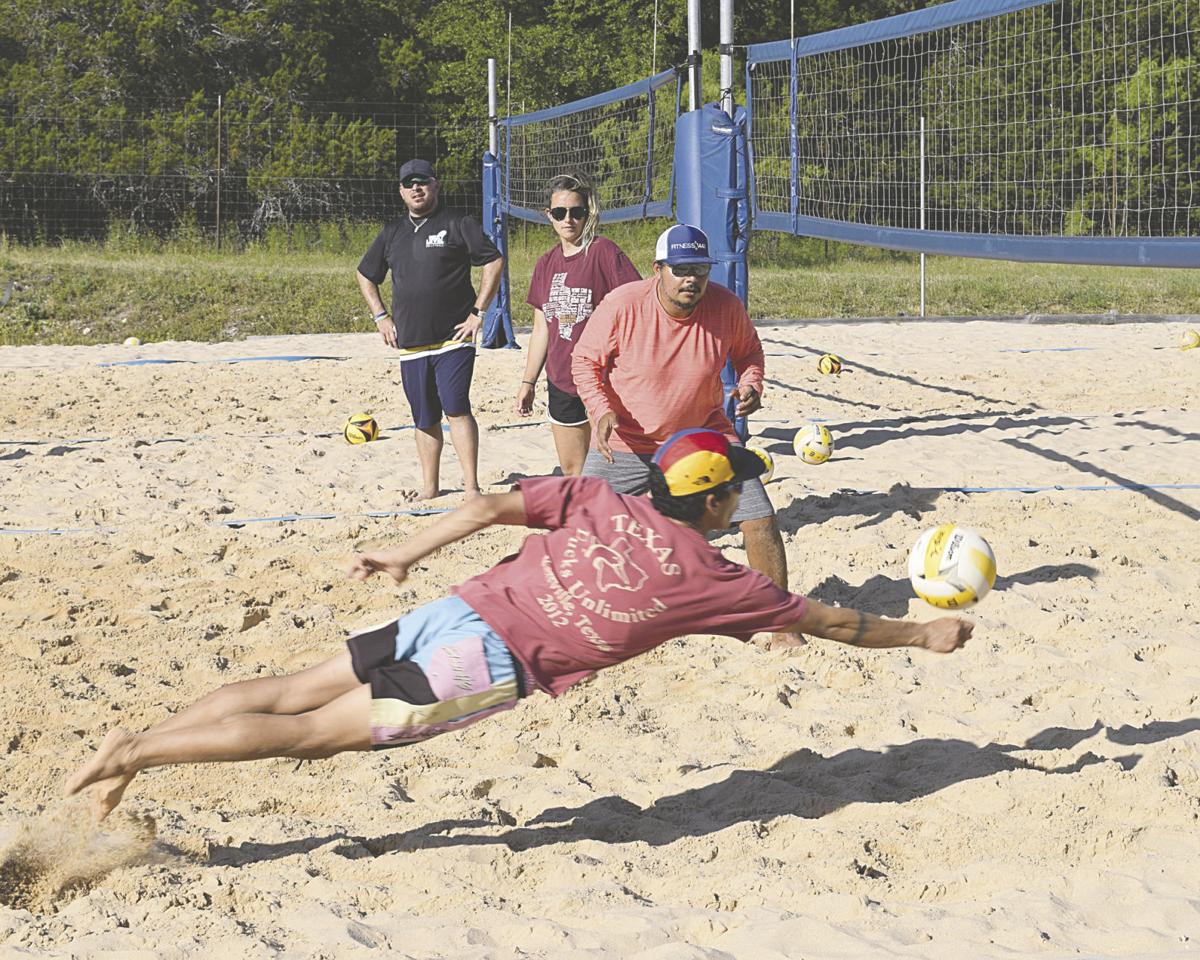 For the first time since March, Next Level Volleyball held sand workouts for all its athletes on May 11. It didn’t take long until one of the participants, sixth-grader Riley McGuffie, informed coach Jason Roemer she was tired. She found a rather creative way to express the sentiment, too.

“Coach Roemer, my legs feel funny, like when you season beef jerky and put it on the grill,” McGuffie said during the session’s first water break.

McGuffie and her peers might have felt sore during that workout, but they were thankful to be playing organized volleyball for the first time in two months.

When Texas Gov. Greg Abbott announced on April 27 that outdoor sports could resume as long as they were limited to four participants at a time, Next Level’s founder, Tony Vela, called Kerrville Mayor Bill Blackburn and asked whether he could use the club’s sand courts to hold Next Level practices.

Blackburn gave Vela a list of guidelines he had to follow; Vela gladly accepted the conditions. For the last two weeks, Next Level has hosted social-distancing workouts, where eight participants practice on two sand courts during each 75-minute session.

During that May 11 workout, Roemer noted his players were thrilled to see each other; after all, it had been awhile. Their energy levels were high during the first 15 minutes. But once their adrenaline faded, they shared McGuffie’s dilemma — they were exhausted.

It underscored the predicament that all high schools will face once they are allowed to host team workouts again: Coaches are going to inherit players who are incredibly out of shape.

That’s why Roemer and Vela are excited that their players are training on sand courts. There’s a reason major college football programs like Michigan have incorporated sand pits into their workout regimens: Fitness experts agree that training in the sand is one of the best full-body workouts available. Roemer and Vela know it will help their players regain the conditioning they had before the coronavirus pandemic.

“That needs to be the focus as we get back together: Getting our kids back in shape and keeping the kids safe.”

Next Level’s coaches have done everything they can to create the safest environment possible. They sanitize their players’ hands and record their temperatures before they allow them to practice. Players whose temperatures exceed 99.5 degrees aren’t allowed to participate. They also frequently sanitize the volleyballs.

“It’s great having four kids per court and one coach per court,” Vela said. “Kids are getting so many reps. They are loving it because they are outside the house playing the game that they love. … They are getting so many touches on the ball, so much conditioning stamina, they are working on agility — all those things that will help them with their indoor game.”

And it’s allowed coaches and players to experience some joy again. Before May 11, it had been 11 weeks since Roemer had seen any of his players. McGuffie’s comments during the first water break reminded Roemer how much he enjoys interacting with players.

Players may be sore and exhausted as they try to get back into shape, but none are complaining. They are outdoors with their friends and playing the sport they love.

“These kids miss routine,” Vela said. “They miss working out; they miss their UIL sports or working out during the athletic period. This is important to them. … Kids need an escape right now. There’s just education and there’s home. What does a normal life look like right now? We don’t know. But for these kids who play volleyball, just having the opportunity to touch the volleyball helps make life normal to them.”