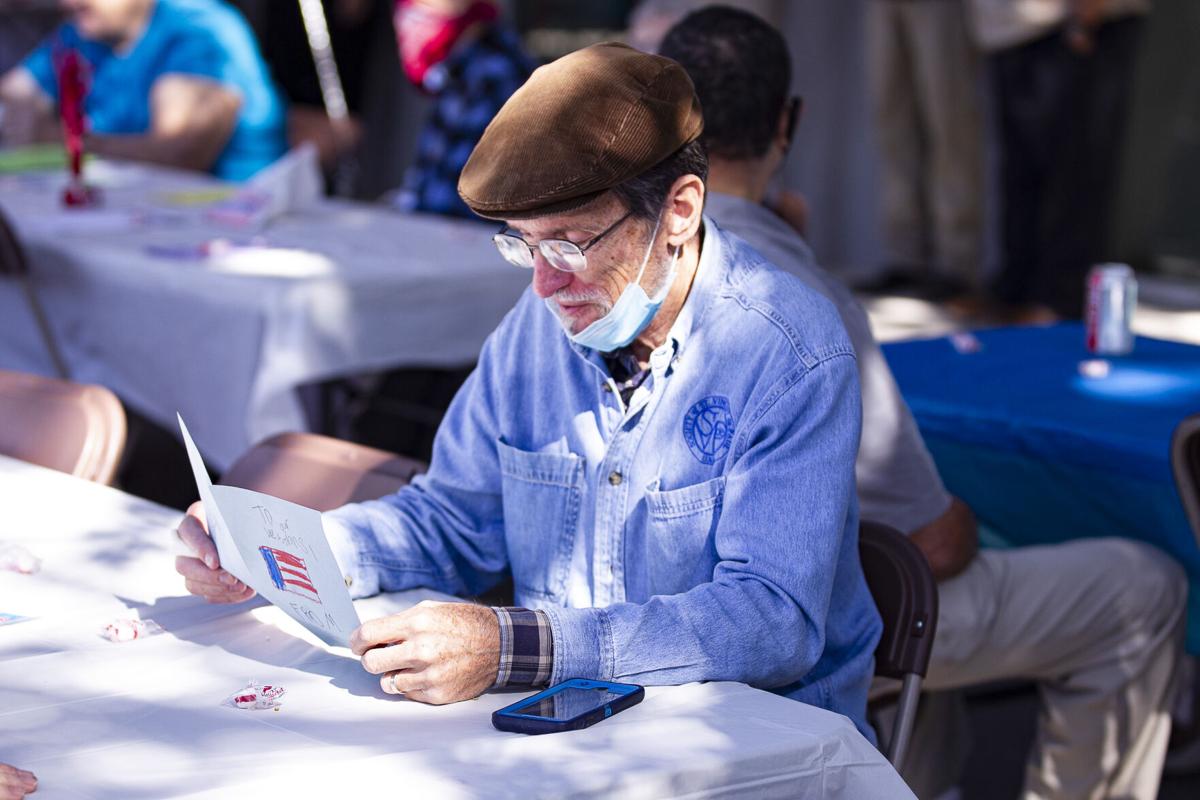 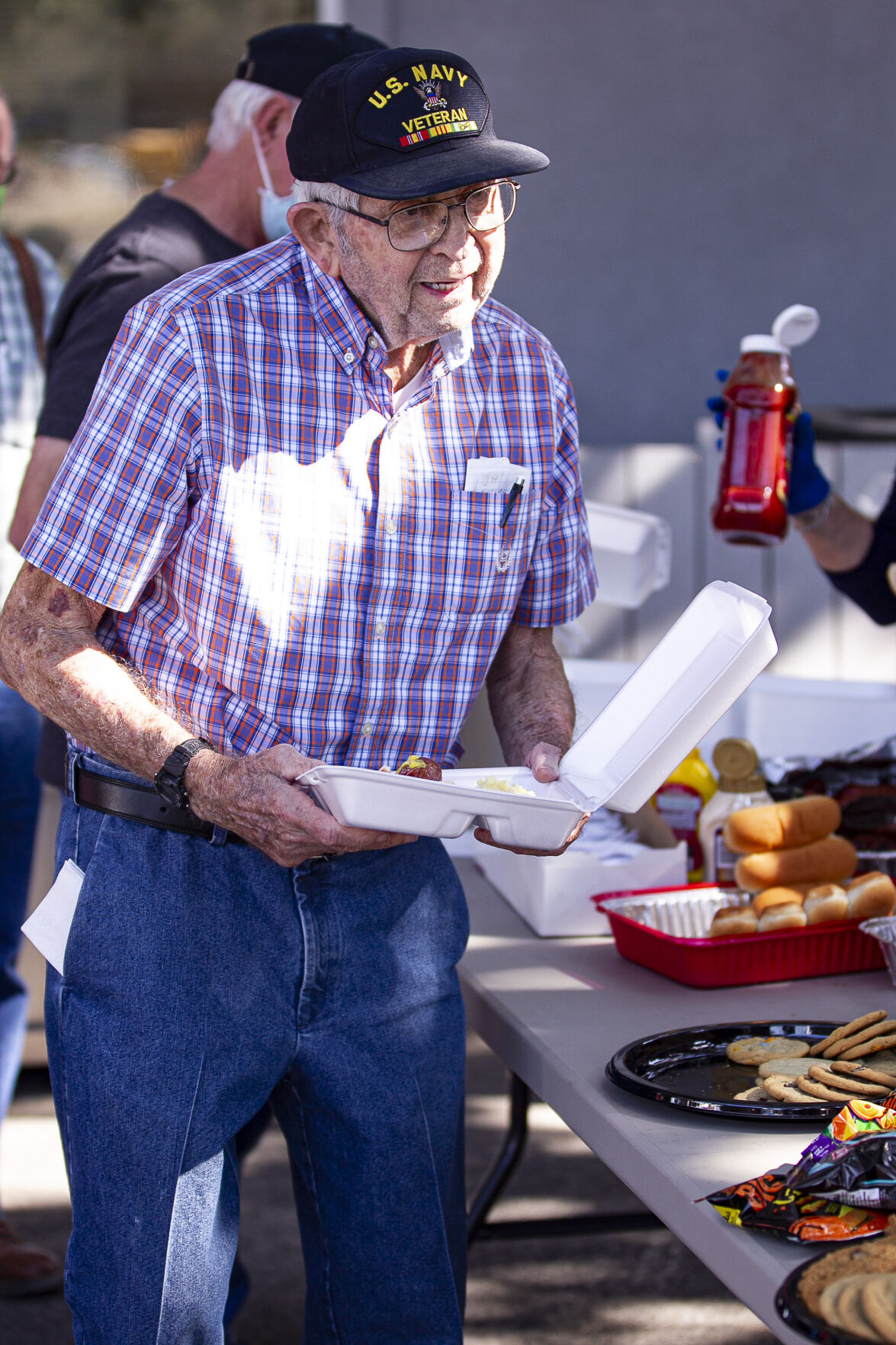 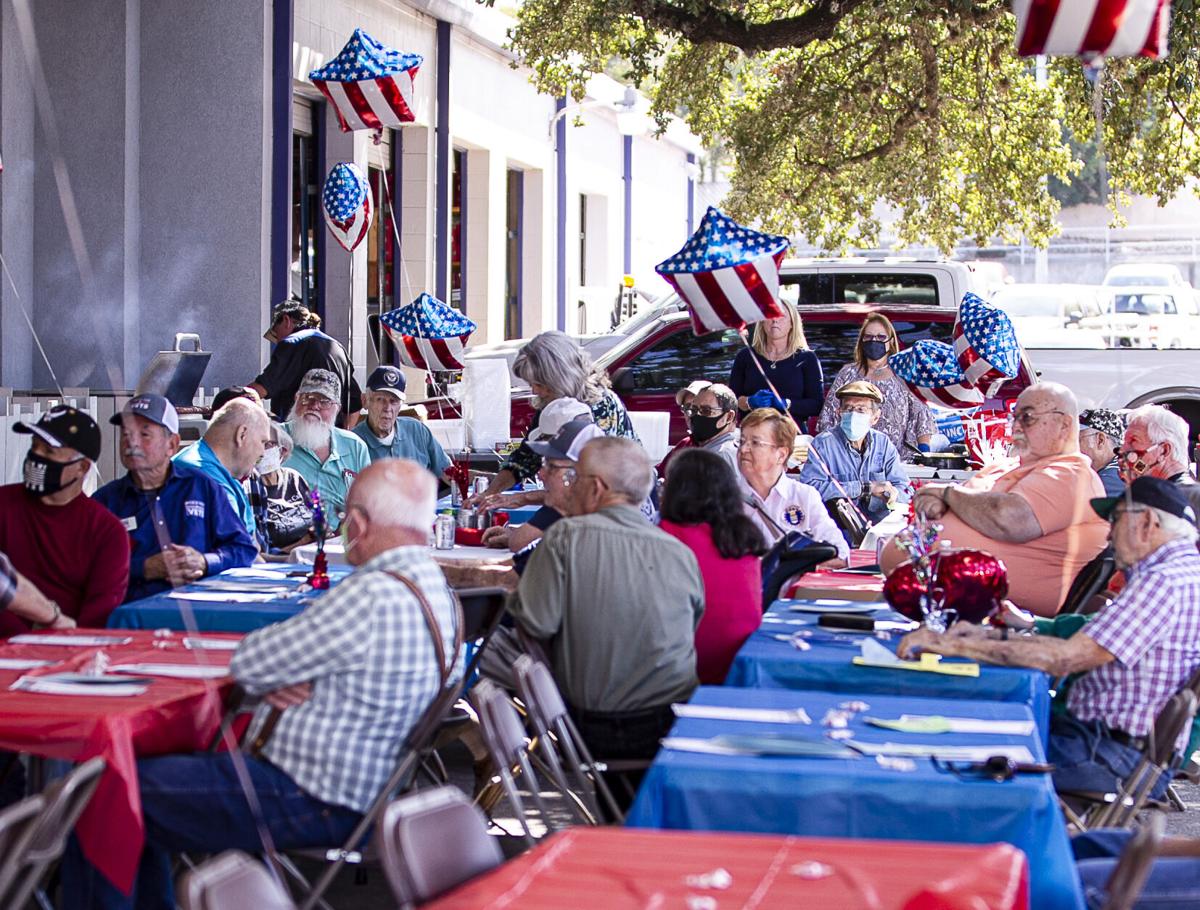 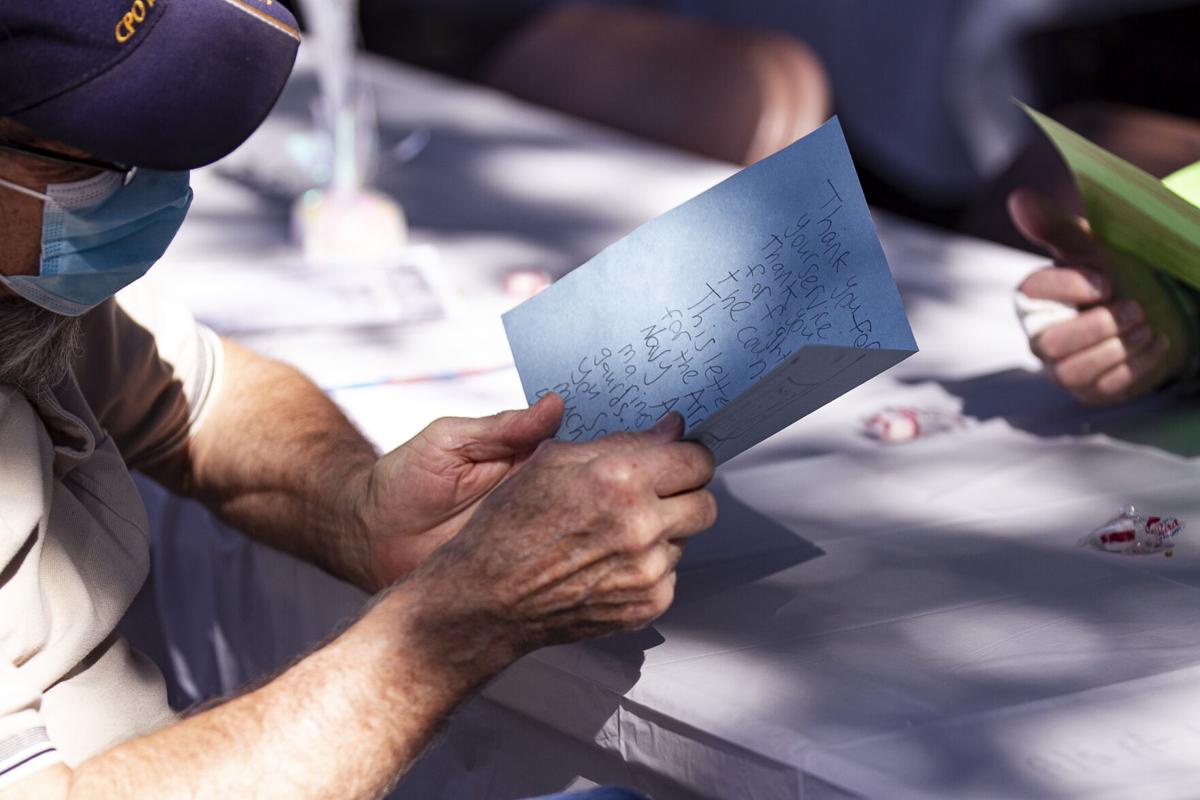 T.J. Farley thumbed through some of the thank you cards made by Kerrville-area children to honor those who served their country.

Farley broke into a smile as he looked at the card, passing one over to George Miller, a Navy veteran, who was sitting across from Farley, who picked up another one. The two men were at Ken Stoepel Ford on Wednesday to have a free lunch that was provided by the dealership, and both were grateful for the outpouring of support.

“These cards are very sweet,” Farley said of the cards that were made from construction paper — almost all with hand-drawn art and carefully written messages thanking veterans for their service.

The luncheon was just one of several Veterans Day events across Kerr County on Wednesday. Peterson Health hosted an event at the flagpole outside of Peterson Regional Medical Center with a host of local speakers, including Kerrville Mayor Bill Blackburn. At the Kerr County Courthouse, the Kerr County Patriots was hosting a memorial service.

For some groups the day provided the opportunity to discuss programs aimed at helping veterans navigate life after their military service. One such group was Meals for Vets, which made a brief presentation at Stoepel Ford.

The Fredericksburg-based nonprofit group works to provide food assistance to veterans under the age of 60. The program is an offshoot of a group called Honor Veterans Now, and the meal program was developed after it was discovered that many veterans were going hungry, including those who were back in college after their military services.

Mike Cagle, the program director for Meals for Vets, said that veterans over the age of 60 qualify for federal assistance when it comes to food security, but those under that age threshold can fall through the cracks.

Cagle said veterans who are going to college, with the assistance of the G.I. Bill, often find themselves unable to pay for healthy food. So, the program is working with at least seven Texas-based universities, including the Texas A&M system. Cagle said Meals For Veterans is also pushing to expand outside of Texas in order to more fully serve the veteran community.

In another presentation, Susan Becmer, who is the executive director of the Together With Hill Country Veterans, told the audience that her group is aimed at preventing suicides among veterans. Nationally, it’s estimated that 17 veterans per day will commit suicide — a problem the Department of Veteran’s Affairs has been struggling to tackle for several years.

Becmer, along with volunteers, are working to provide more information about how to assist veterans, and how those who did not serve can help.