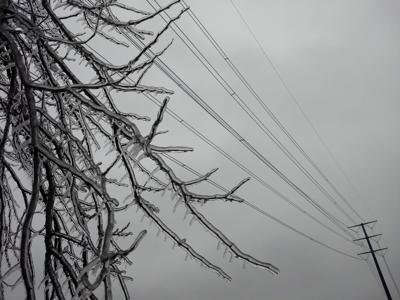 The rotating outages experienced by KPUB customers and others statewide can happen at any time of the day or night, said KPUB spokeswoman Allison Bueché. She supplied the following information by email:

Due to continued frigid weather across Texas, the regional electric grid is operating under emergency conditions. Utilities statewide, including the Kerrville Public Utility Board (KPUB), have been directed to reduce demand.

The Energy Reliability Council Of Texas (ERCOT) has a progressive series of emergency procedures that may be used when operating reserves drop below specified levels. These procedures are designed to protect the reliability of the electric system as a whole and prevent an uncontrolled system-wide outage.

The Electric Reliability Council of Texas (ERCOT) issued a Level 3 Energy Emergency Alert 3 at 1:20 a.m., and rotating managed outages have begun since then. As a result, service interruptions will occur throughout the KPUB service territory until ERCOT cancels the Level 3 emergency service interruption orders. This will happen when energy supplies can keep up with Texas’ demand.

The controlled, rotating outages last 30 to 60 minutes, although they can be longer "if failures occur during the restoration process," states a KPUB news release. As of early Monday, such outages are planned at:

Power in the Center Point area (through the Raymond Barker Substation) has been restored, the release stated.

"This activity is expected to continue through most of the day," the release states. "Approximately 1,000 of our customers are experiencing true outages that are not due to the peak demand outages (they will require repairs made on-site by KPUB. The largest is an outage in Comanche Trace affecting ~300 customers)."

These outages are being implemented throughout Texas "due to peak demand on the statewide electric grid," the KPUB release states. It was 19 degrees in Kerrville Monday afternoon and temperatures may reach as low as 3 degrees at night, according to the National Weather Service.

The weather in Kerrville is part of a winter storm that's dropped snow and ice across the southern plains area of Texas. Large swaths of the U.S. also have been affected, according to The Associated Press. The White House issued an emergency declaration for Texas on Monday.

KPUB released an update about 3 p.m. Monday stating that residents should continue to expect outages during the current extreme weather event, which could end Thursday. The utility asked people with power to continue to conserve electricity to minimize further outages.

Update from KPD officers on the streets: Ice is becoming much slicker as it gets packed down and our officers are busy assisting motorists who are getting stuck. Please stay home if you can. Use extreme caution if out driving. Our first responders are stretched very thin right now.

Update to what's open and closed. This information is provided as a courtesy and might change without notice:

All gas stations and convenience stores, as far as we are aware right now, are closed except for:

Power is out throughout town with very few exceptions. Most traffic lights are out. Treat these intersections as four way stops. As more people drive around, the snow is becoming packed and slick. We have seen several vehicles lose traction and we are having to aid drivers who are getting stuck. This is going to get worse as the day continues. We do not recommend anyone drive unless they absolutely have to.

HEB at 313 Sidney Baker South (the "small" HEB) will be open from 12:00 p.m. to 5:00 p.m. The Main Street HEB, Walmart, Lowe's, and Home Depot are all closed. Walgreen's and CVS are closed. All restaurants in town are closed. All businesses are closed. All gas stations and convenience stores, as far as we are aware right now, are closed except for:

This information is provided as a courtesy and might change without notice.

Our preference is for everyone to stay safe and warm indoors, and not drive around looking at the snow and the stores that aren't open. If you choose to drive, please slow down and exercise extreme caution. Be aware that you are at risk of becoming involved in an accident or becoming stuck, and tying up first responders who are already stretched thin.

Kerr County Judge Rob Kelly signed a proclamation about noon on Monday, declaring the county in a “Local State of Disaster” due to the severe …