You are the owner of this article.
Edit Article Add New Article
You have permission to edit this article.
Edit
Home
News
Obituaries
Sports
Opinion
Submit a Letter
Life & Arts
Local Events
e-Editions
Classifieds Ads
1 of 8 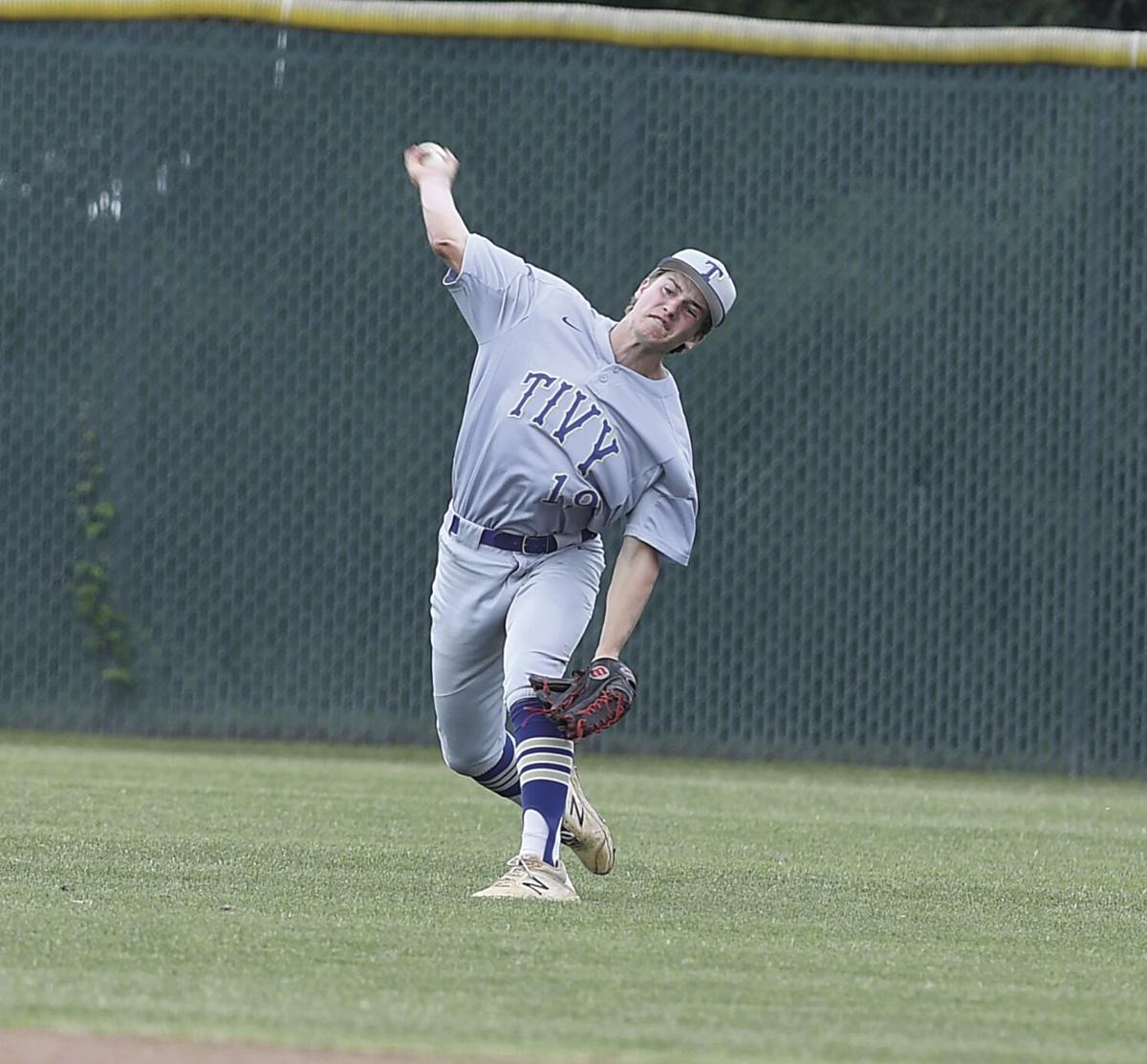 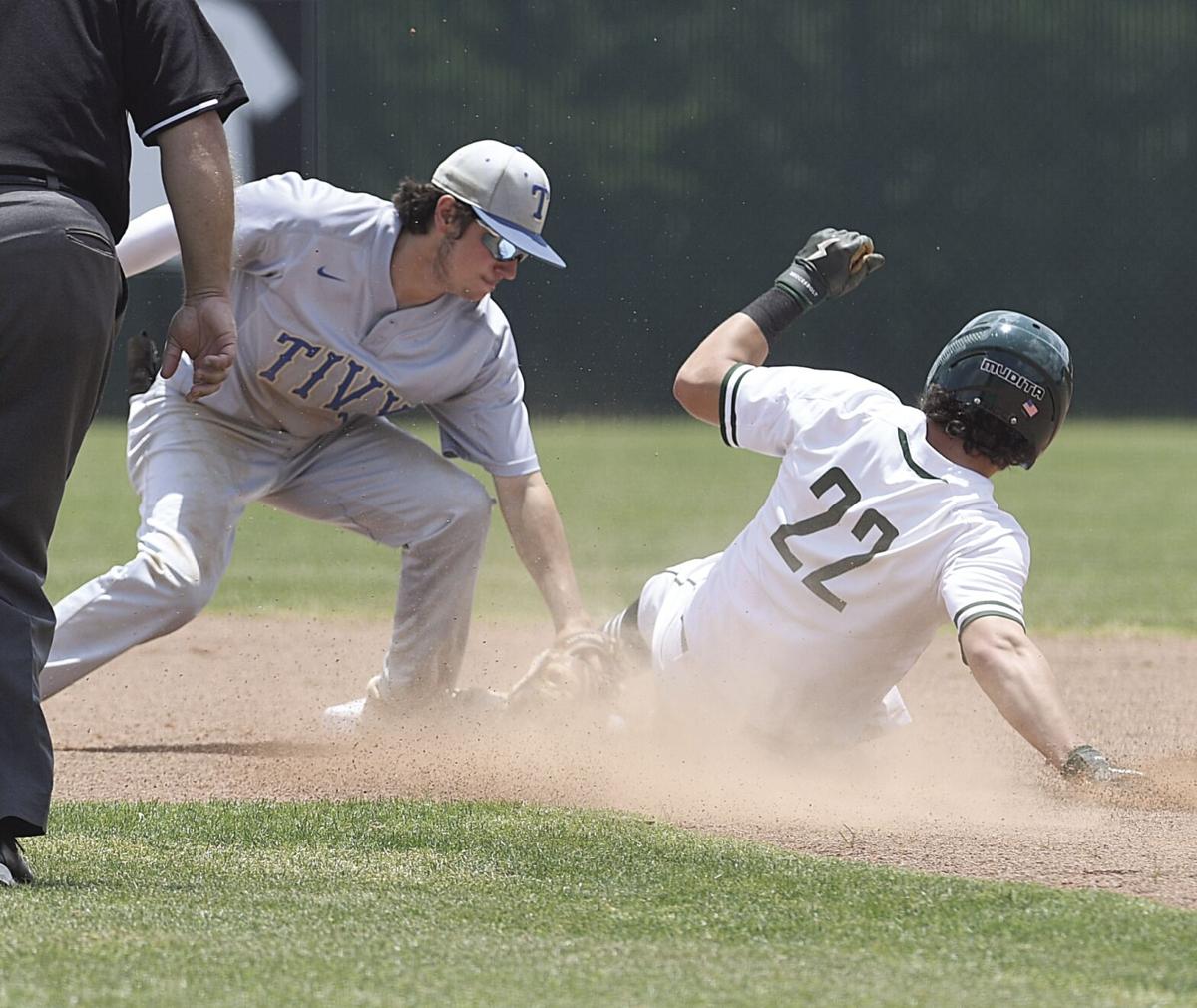 Cooper Duennenberg (13) tags a Cedar Park runner out on an attempted steal during the first round of playoff action. 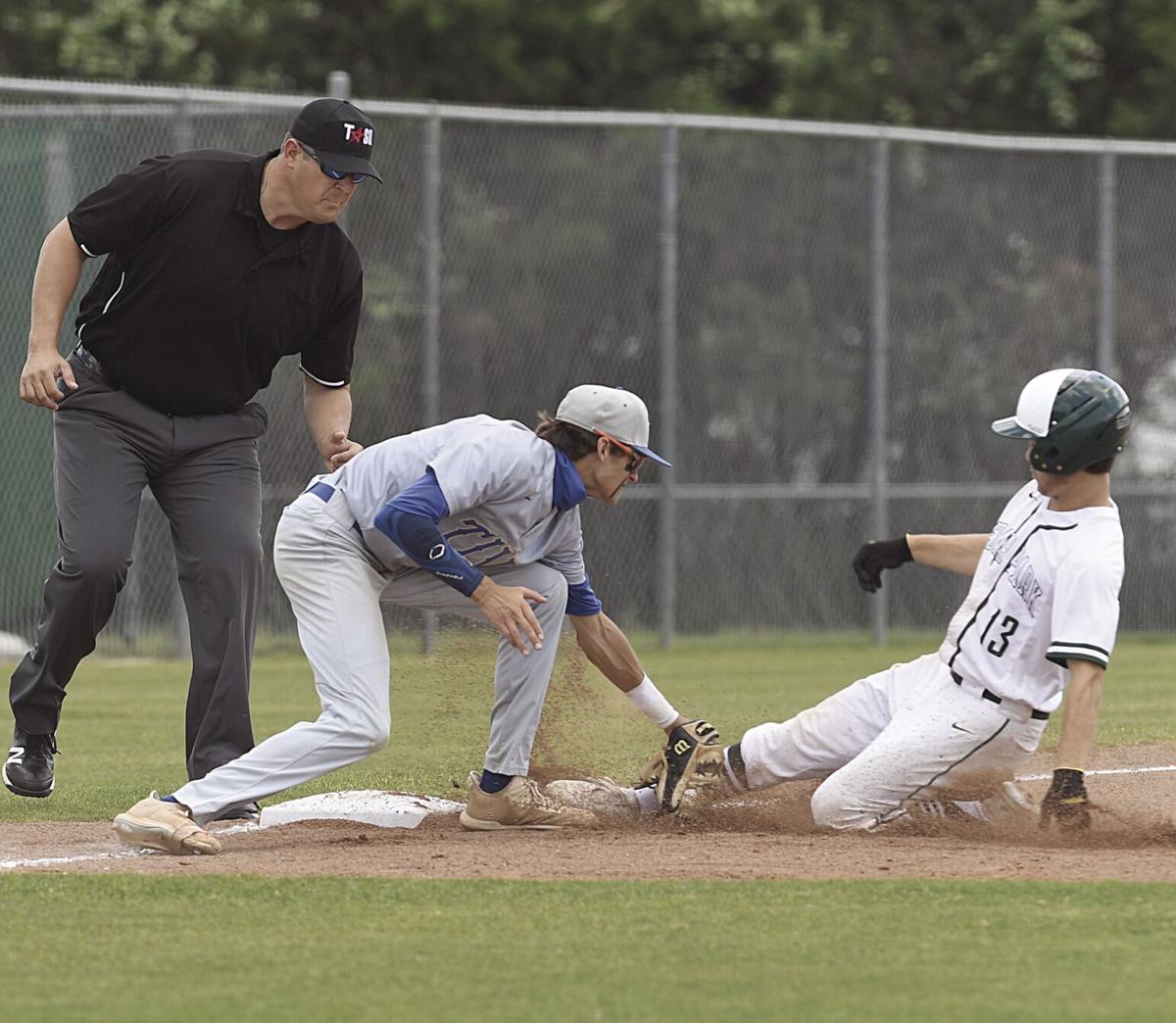 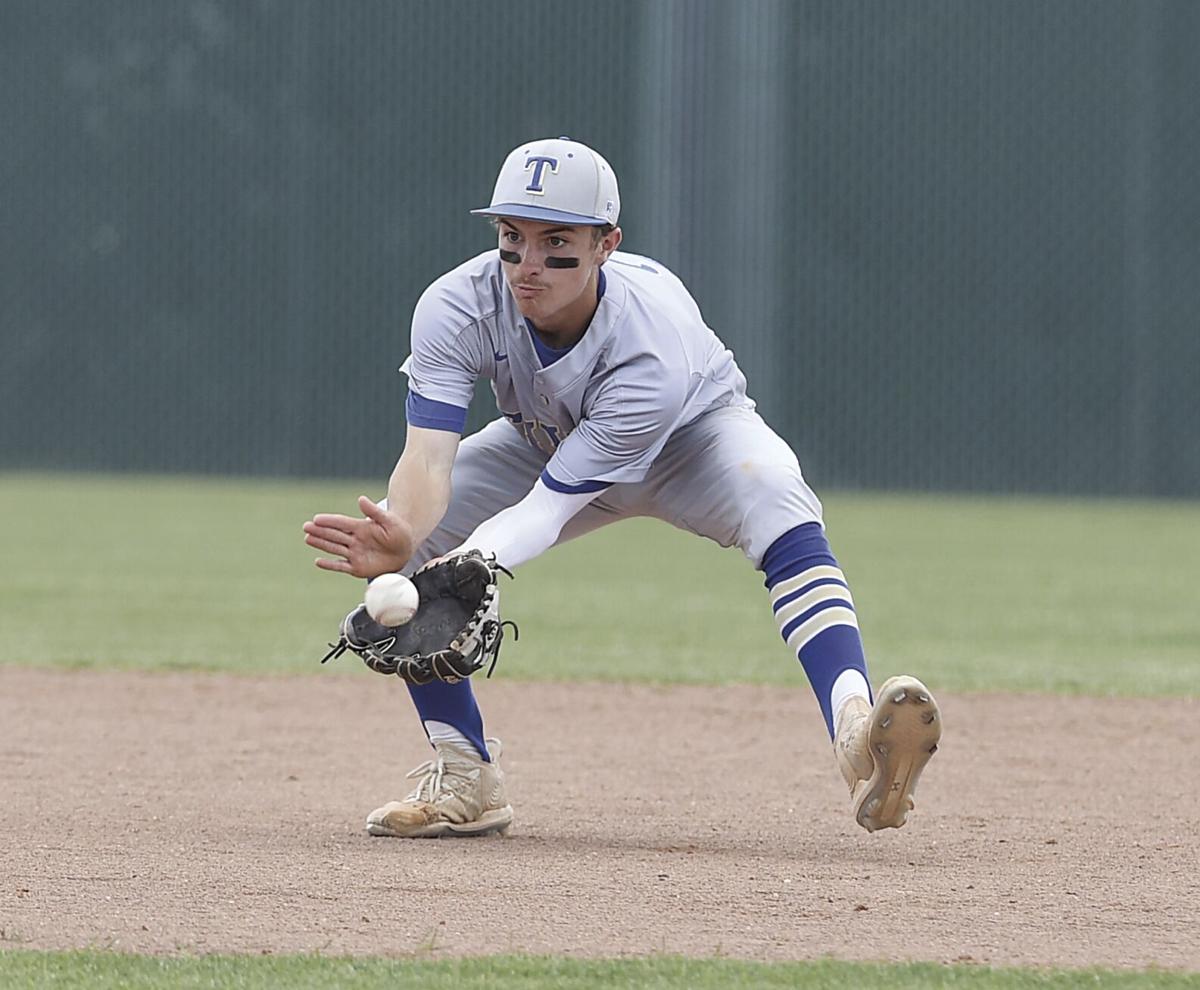 Shortstop for the Tivy Antlers Walker Grimes (2), fields a ground ball and throws to first to get the Cedar Park runner out. 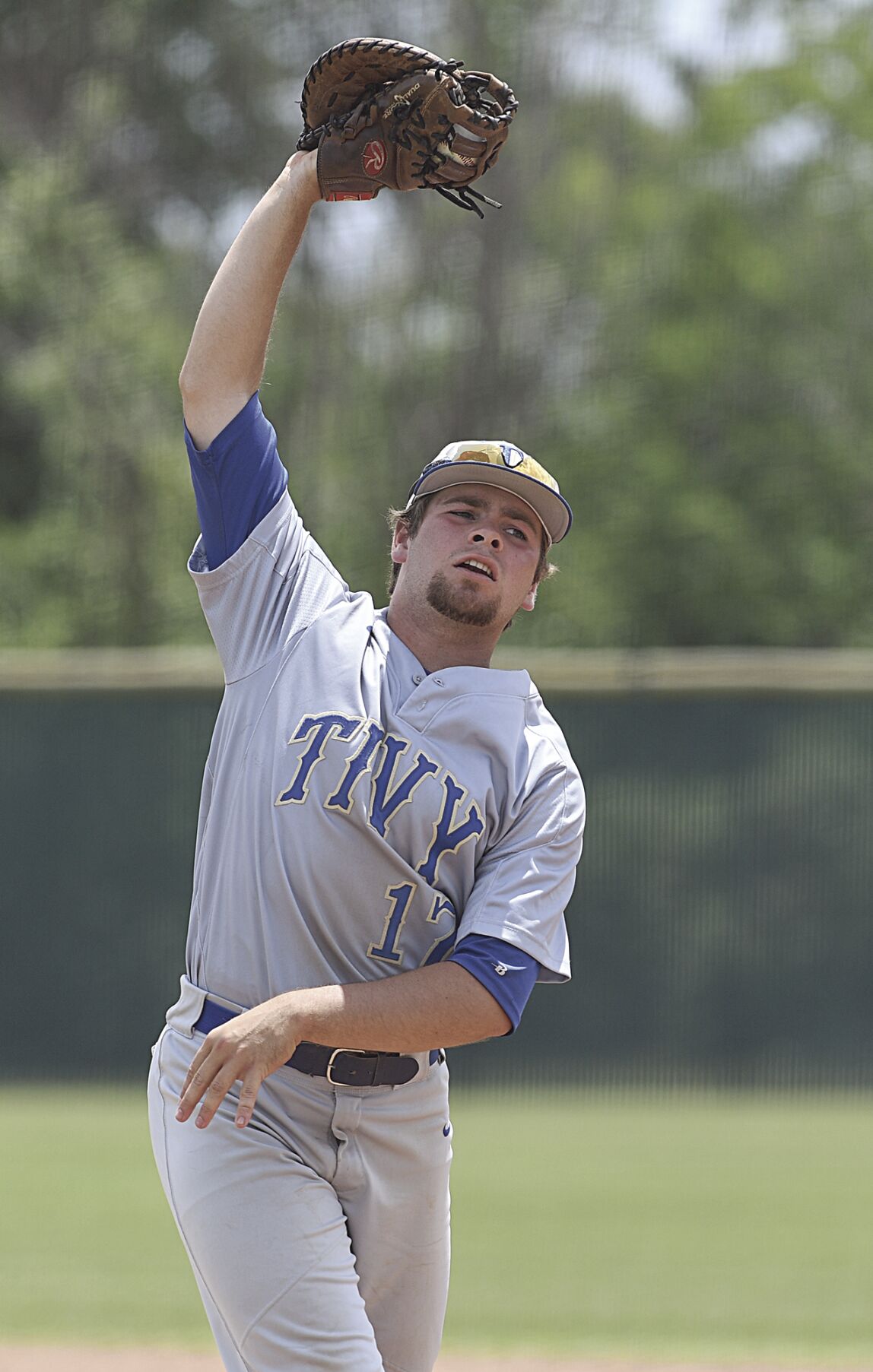 Tivy’s Coleson Abel (17) catches a pop fly and checks the runner at first Saturday against Cedar Park in the playoffs May 10, 2021 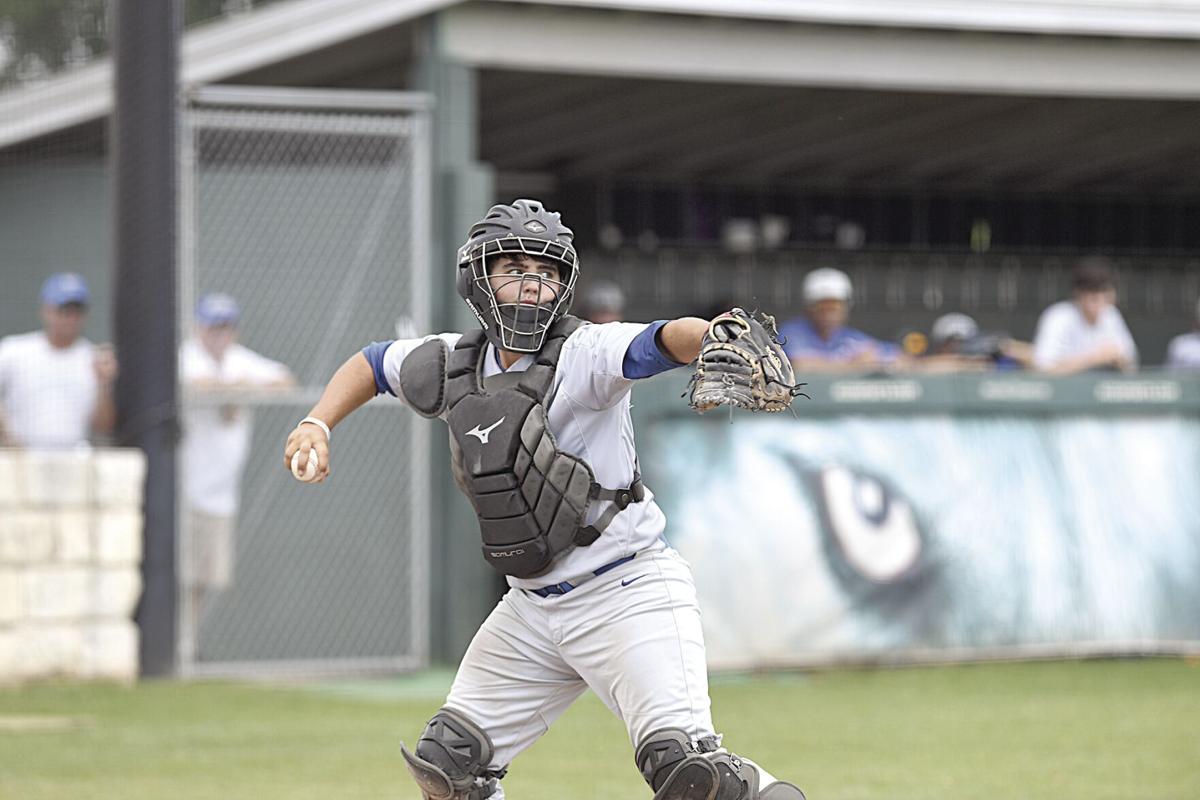 Catcher Tanner Beck throws to first for an out Saturday against Cedar Park. 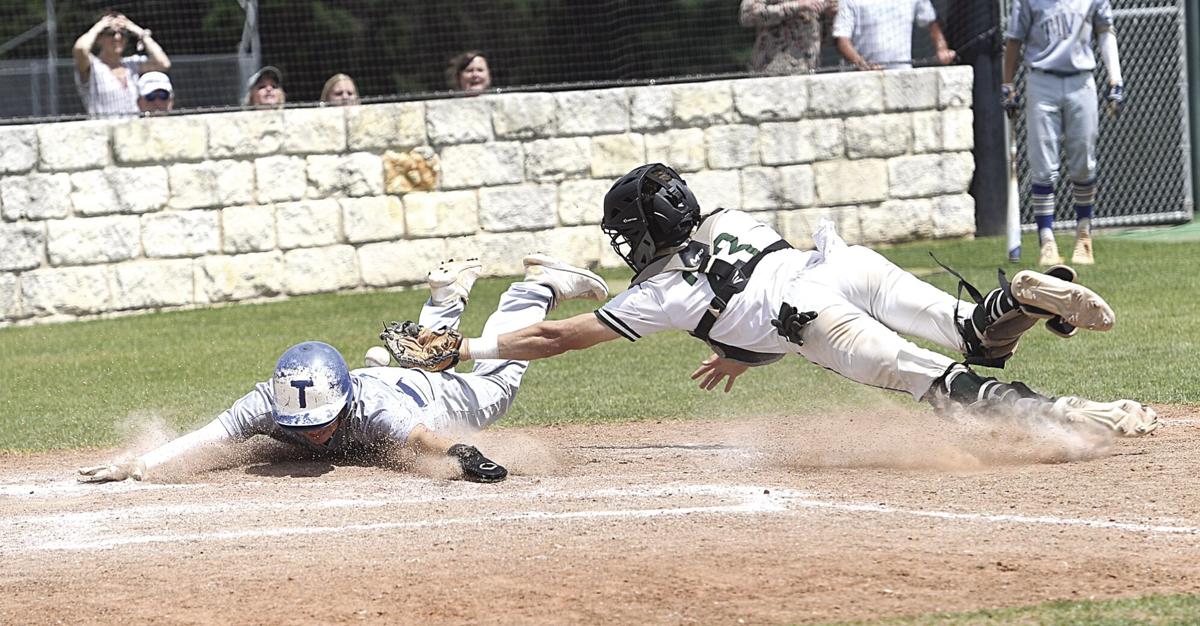 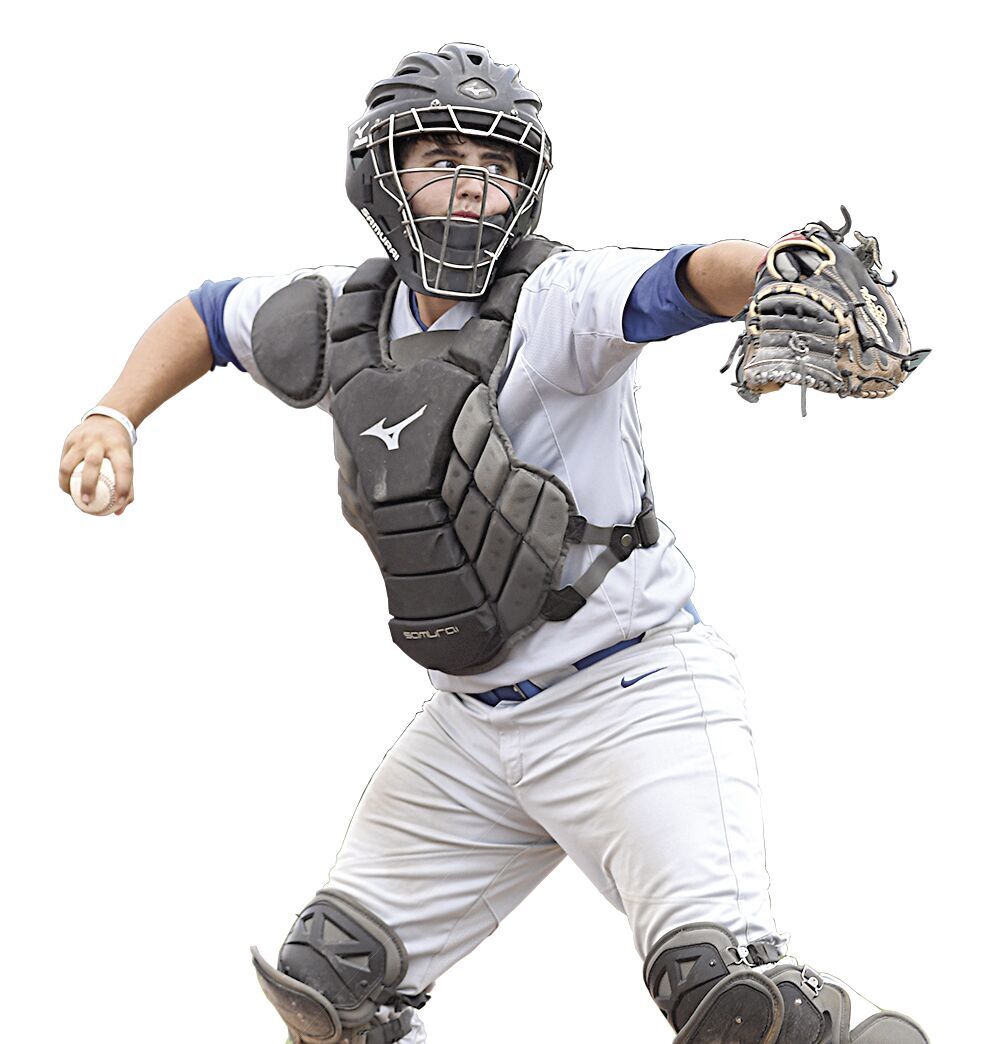 Cooper Duennenberg (13) tags a Cedar Park runner out on an attempted steal during the first round of playoff action.

Shortstop for the Tivy Antlers Walker Grimes (2), fields a ground ball and throws to first to get the Cedar Park runner out.

Tivy’s Coleson Abel (17) catches a pop fly and checks the runner at first Saturday against Cedar Park in the playoffs May 10, 2021

Catcher Tanner Beck throws to first for an out Saturday against Cedar Park.

CEDAR PARK — All high school baseball programs have a goal in mind. That goal is to reach the playoffs and extend the season.

Injuries and costly errors led to a slow start for the Antlers this season, and the team began to rally late. They advanced to the playoffs with a final district home win against Dripping Springs on Monday, May 3.

Tivy lost against Cedar Park, 4-1, Friday night in the first of a best-of-three playoff series at home.

BACKS AGAINST THE WALL

Tivy Head Coach Chris Russ said he felt Tivy could have won that game if an error or two had not been committed. He had full confidence that Tivy would play well on the road and had good reasoning to support this statement.

Tivy had been in this position before. They advanced to the playoffs by virtue of winning five of their last six games. None of the wins were larger than the road victory over Boerne Champion, 10-2.

Tivy played that game on the road with their backs against the wall on April 27. That victory set the stage for making the playoffs.

When fans arrived at the Cedar Park baseball field, it was a notably windy, hot and humid day. Sunscreen was a necessity for everyone in attendance.

Hitting a home run was not in the cards for any team. A stiff wind was blowing in from left field. Long balls were caught in the wind and carried into foul territory often. This was true for both squads.

In order to win, both teams kept the ball low to the ground and relied on speed in the base running department. Teams had to make adjustments to account for the wind all afternoon.

Cooper Duennenberg stepped to the plate in the leadoff position for the Antlers. He singled to right field and made it to first base for Tivy’s first hit of the day. It was somewhat controversial when Duennenberg stole a base and was caught stealing on the next play.

Tivy fans were furious with the call. From Tivy’s dugout and vantage point in the stands, Duennenberg appeared to be safe. Nonetheless, an out was called, and Tivy started over from scratch.

Coleson Abel was walked to first base. He advanced to second on a perfect ground ball to shortstop by Walker Grimes. The hit placed Grimes on first, and both runners advanced one base on a passed ball immediately after that.

This gave Tivy runners on second and third bases with one out left. Kale Lackey hit into a fielder’s choice and ended the inning with two runners stranded.

The Timberwolves answered with a base hit single by Cade Haught. Gunnar Abseck delivered a perfect sacrifice bunt that was handled by Tivy’s Fisher Roberts. The throw was just late to first baseman Abel. This placed Haught on second base and Abseck on first.

Ryder Hernandez stepped up to the plate next. He executed a perfect line drive double to center fielder Lackey. This hit scored Haught from second base for the game’s first run. Cedar Park would go on top, 1-0.

Cedar Park’s Louis Alonzo grounded to left field and got on base while scoring Hernandez from third base. Hernandez had advanced from second on a passed ball during the previous play. Cedar Park extended the lead to 2-0.

Eric Tenery got the call and was the starting pitcher for the Antlers. After giving up two runs, he would settle down and allow no hits or additional runs to score for the Timberwolves.

OPPORTUNITIES IN THE SECOND

Tenery would be the first batter for Tivy in the top of the second inning. He was walked and ended up on first base. Pinch runner Fisher Middleton came into the game for Tenery.

Bridger Bushong grounded into a fielder’s choice. The play was executed well, but Middleton was thrown out at second base. Bushong safely made it to first.

Roberts found out how difficult the wind was on the next at bat. Roberts hit a long and high fly ball to right field. The ball was caught by Abseck for the Timberwolves.

With one out remaining, Jack Patterson popped out to second base and retired the side with no runs scored.

IN A PITCHING GROOVE

Tenery struck out two batters in the top of the third inning. He struck out Julian Swift while swinging to start the inning off. After a line out by Canon McDonald, Tenery struck out Jackson Harvey looking. It was a quick three up and three down inning for Tivy defensively.

Tivy’s bats were connecting to open the third inning. Duennenberg hit a hard grounder to the pitcher. It was amazingly caught, and Duennenberg was thrown out at first.

Travis White drilled a line drive to center field. Unfortunately, it was fielded by McDonald.

Abel took good swings but was struck out and the inning ended with no hits or runs scored.

The Timberwolves devoured the ball in the bottom of the third inning.

Cedar Park hit two doubles and three singles during the inning. The end result was three runs scored by the Timberwolves in the third inning. They would go on top, 5-0.

Tivy would threaten once again in the top of the fourth inning. Lackey and Bushong would get on base. With one out remaining, Lackey was on third and Bushong on second.

Roberts hit a grounder to third base and was thrown out to end the inning with no runs scored.

Cedar Park would also be held scoreless in the inning. It was three up and three down with Sam Letz pitching an excellent inning for the Antlers.

TIVY BATTLES BACK AGAINST ALL ODDS

Tivy could have given up after trailing 5-0. The Antlers entered the fifth inning trailing by a handful of runs.

Sam Letz led the inning off. He struck out swinging for Tivy’s first out.

Faced with a full count, Duennenberg was walked to first base on the next at bat. He advanced to second base after White singled to left field. Runners were poised on first and second.

Abel got the Antlers on the board after hitting a single to left field. The perfect hit sent Duennenberg across home plate. The lead was cut to 5-1. The hit put runners on the corners with White on third and Abel on first base.

Grimes was walked next, and the bases were loaded for the Antlers with two outs left.

Lackey hit an RBI single to score White from third base. The score was now 5-2.

Tenery did serious damage by grounding into a fielder’s choice on the next play. With the bases loaded, his hit scored Abel and Grimes. Tenery was thrown out, but all of a sudden, it was a tight ball game with Cedar Park leading, 5-4.

Heading into the sixth inning, Roberts made it to first base on an error. Letz was struck out next. Duennenberg delivered a dagger by hitting a single to center field, scoring Roberts. The score was now tied at 5-5.

White gave Tivy the go-ahead run. He hit a powerful double to right field with perfection. The hit scored Duennenberg, and Tivy had their first lead, 6-5.

The game came down to the final inning with Tivy on top, 6-5.

Letz remained on the mound. The first two plays ended up with runners on first and second base for the Timberwolves.

Roberts was called in to pitch in relief. He threw two consecutive strikeouts and the game was within reach.

Cedar Park’s Abseck hit a ground ball and reached base on an error. The mistake cost the Antlers a run and the score was tied 6-6.

Hernandez came up to bat next for the Timberwolves. With one out remaining, Cedar Park would score a run off of a wild pitch. The game would end with a heartbreaking 7-6 loss to Cedar Park on the final play of the game.

The loss was gut-wrenching for the Antlers. The team huddled along the left field baseline after the game.

For several minutes, Russ consoled his team and reminded them of how proud he is of their accomplishments.

“It’s a tough way to lose a game,” Russ said. “I’m so proud of this team for how they battled back.”

Russ felt Tivy could have won both games in this playoff series.

“Honestly, we should have won both games,” Russ said. “We played well, and that’s the No. 1 team in their district.”

Tivy ends the season with a record of 15-18. Cedar Park advanced to the next round of the playoffs against Medina Valley. The Timberwolves improve to 28-6-2 on the year.