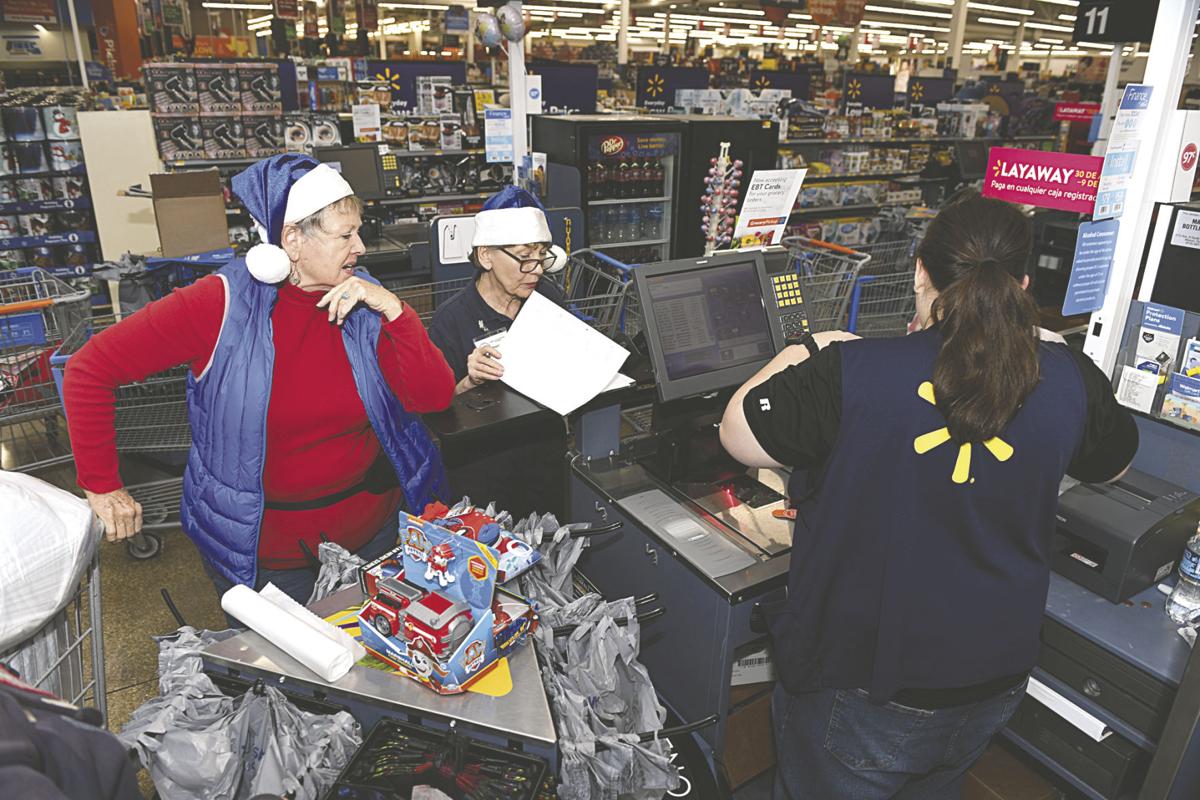 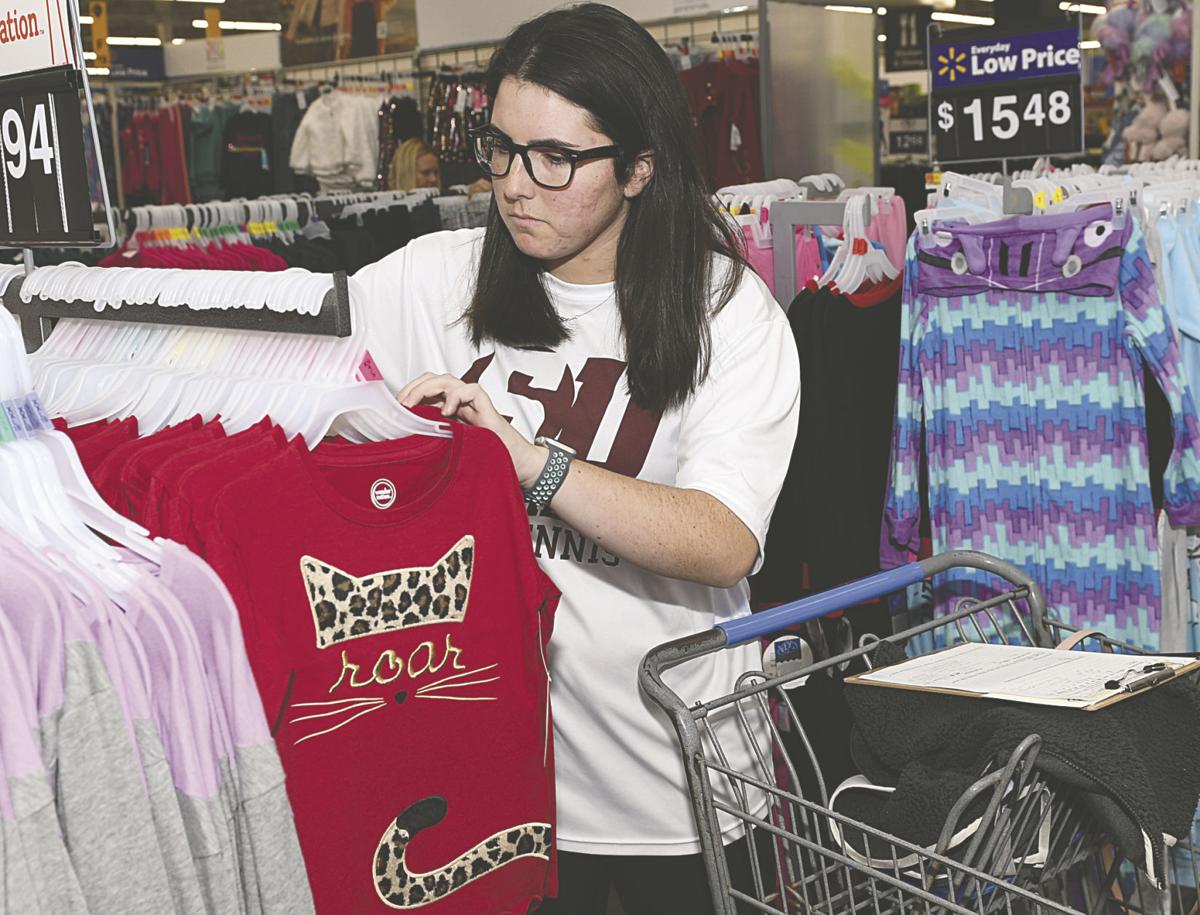 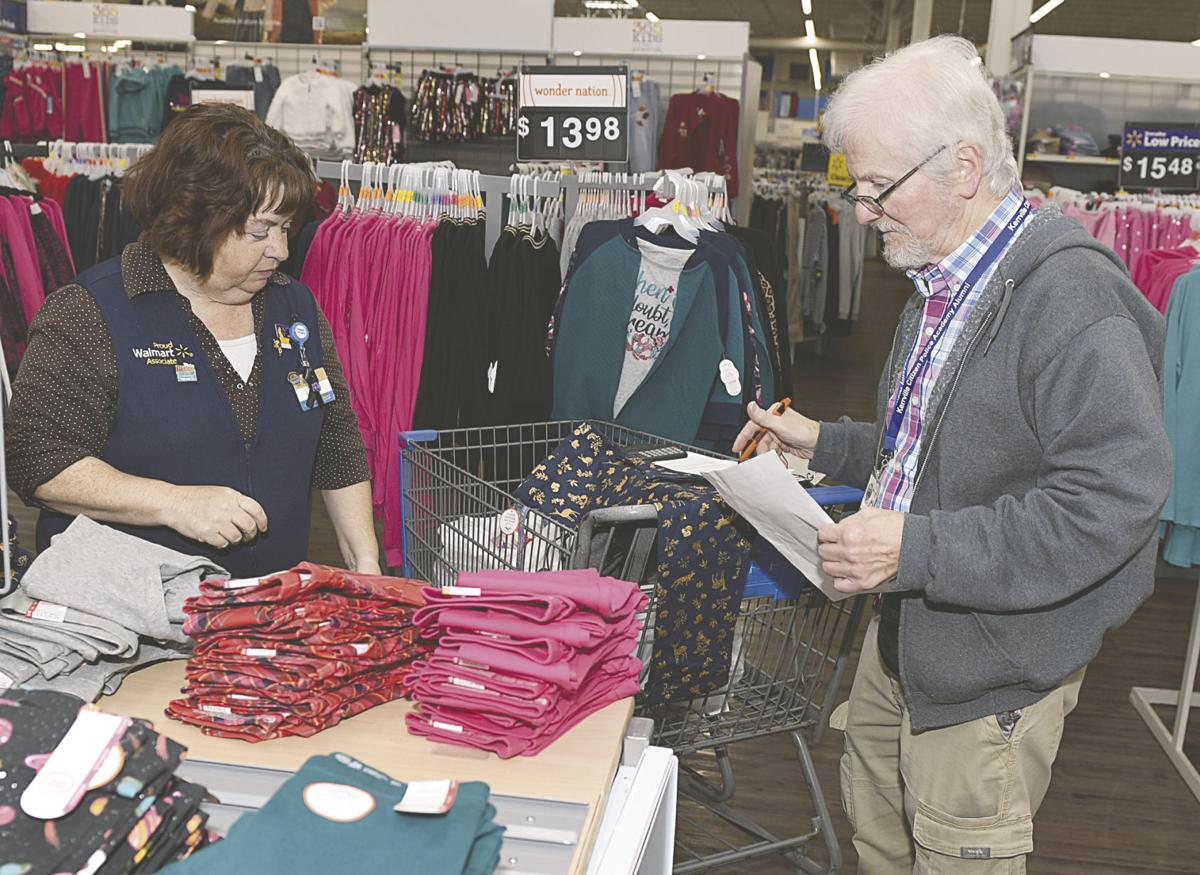 Schreiner University student Blair Villarreal filled her shopping cart with these gifts and more as she weaved through Walmart on Tuesday morning. She was one of a handful of volunteers shopping that day to help the Kerrville Police Department give local kids in need a Christmas they won’t forget — the goal of KPD’s Blue Santa program.

“I have a 7-year-old brother, so I’ve done plenty of shopping in my day,” said Villareal, who is from San Antonio but is going to college in Kerrville. She was volunteering that day as a representative of the university’s women’s tennis team.

As Villarreal scooped up a red shirt and placed it in the cart, another Blue Santa volunteer, Bill Heinert, consulted with Walmart employee Laurie Spurny a few feet away, his own list in hand. Heinert, a retiree and long-time volunteer with the Blue Santa program, said he’s been volunteering in one way or another his whole life.

“I just like to be active in the community, help people,” Heinert said.

As Villareal and Heinert shopped, Blue Santa volunteers Toni Caldwell and Brenda Smith were at a checkout line with carts full of items such as diapers, Spider-Man toys, socks and a miniature fire truck.

Most of the volunteers are part of the Kerrville Citizens Police Academy Alumni Association, or KCPAAA. The toys, purchased with monetary donations from the community, will be distributed to families later this month. Volunteers expect to serve more than 200 children this year.