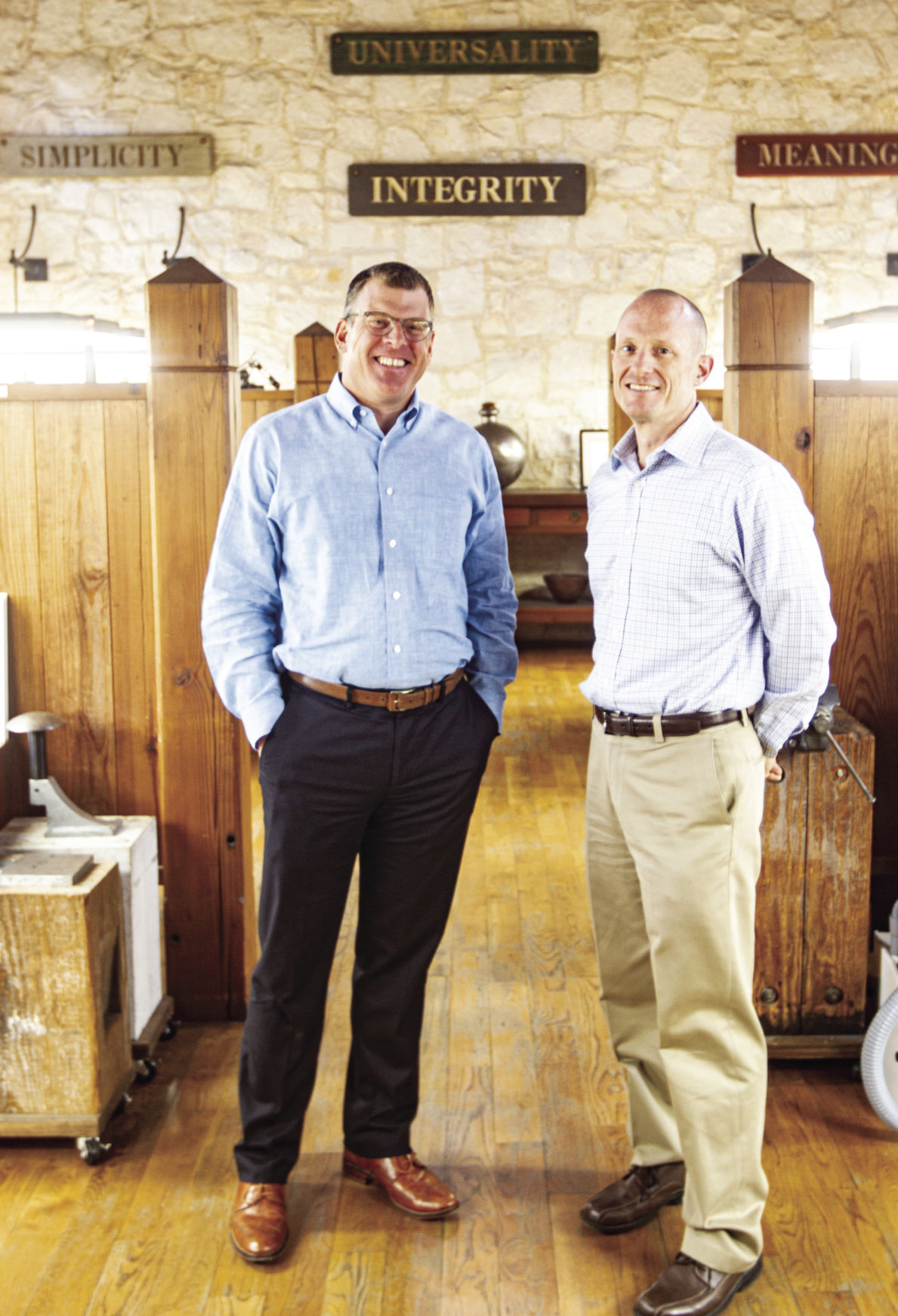 Today, the company hands its leadership to John McCullough, pictured left, who was named chief executive officer, and Paul Zipp, who moves from chief financial officer to chief operating officer and president. 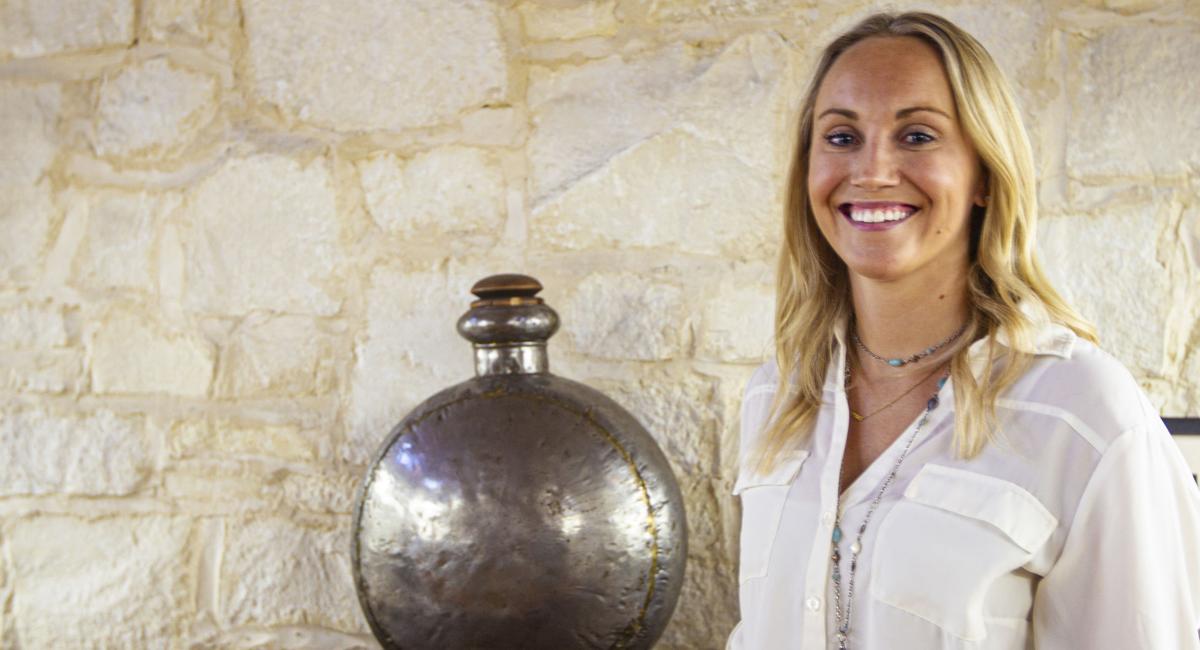 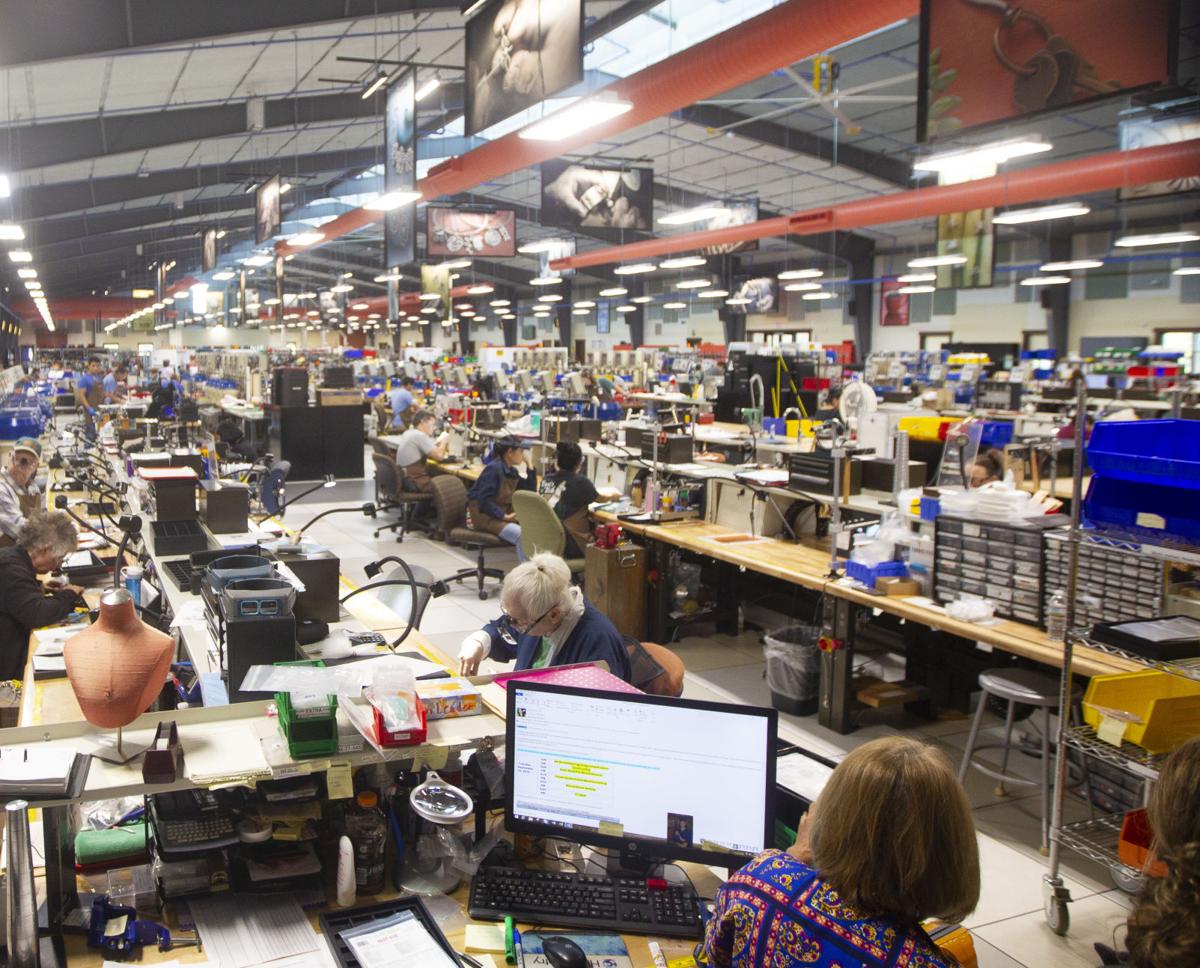 James Avery’s Kerrville Creation Center hums with activity on a Thursday morning. The center produces many of the company’s products for sale across the country. 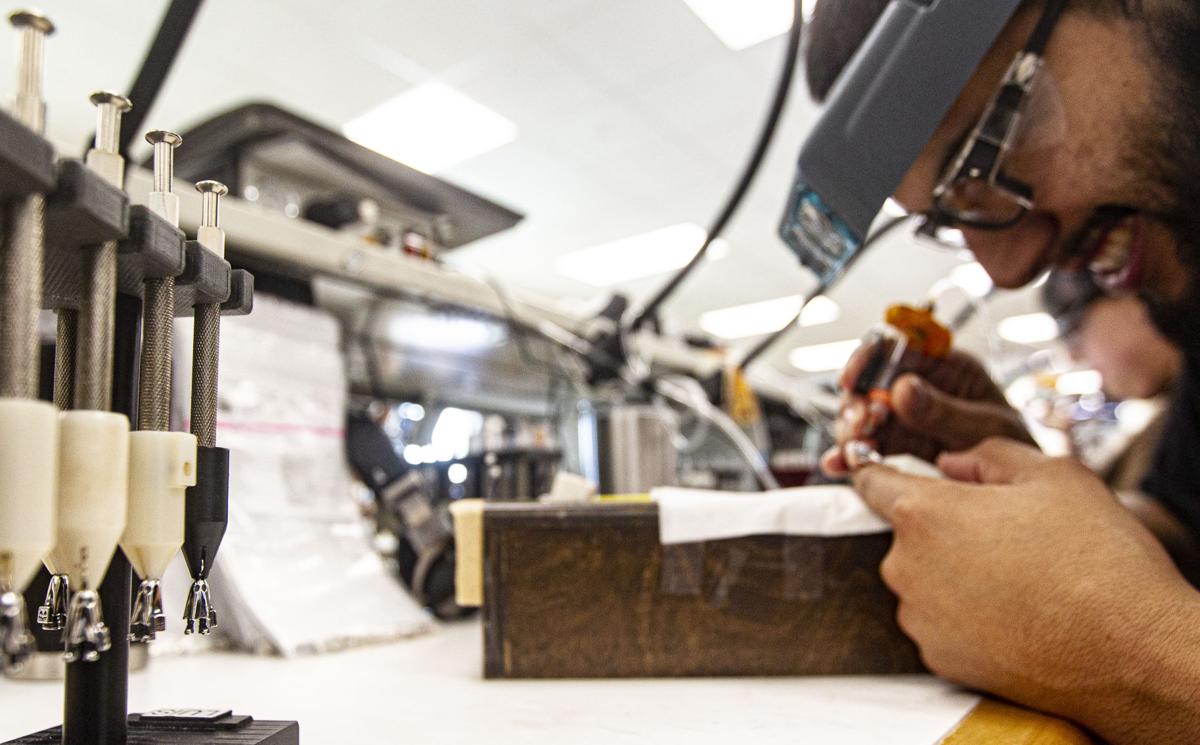 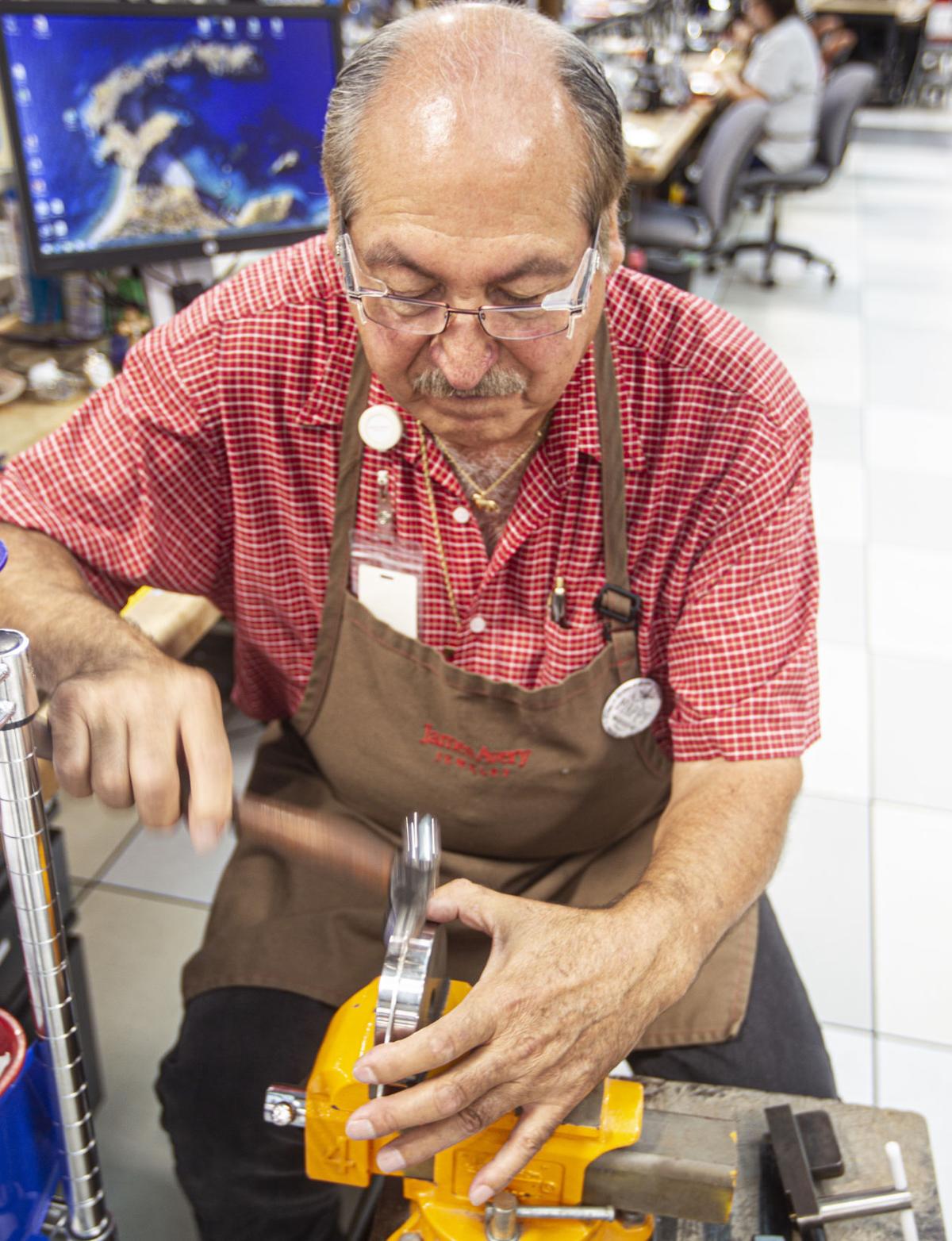 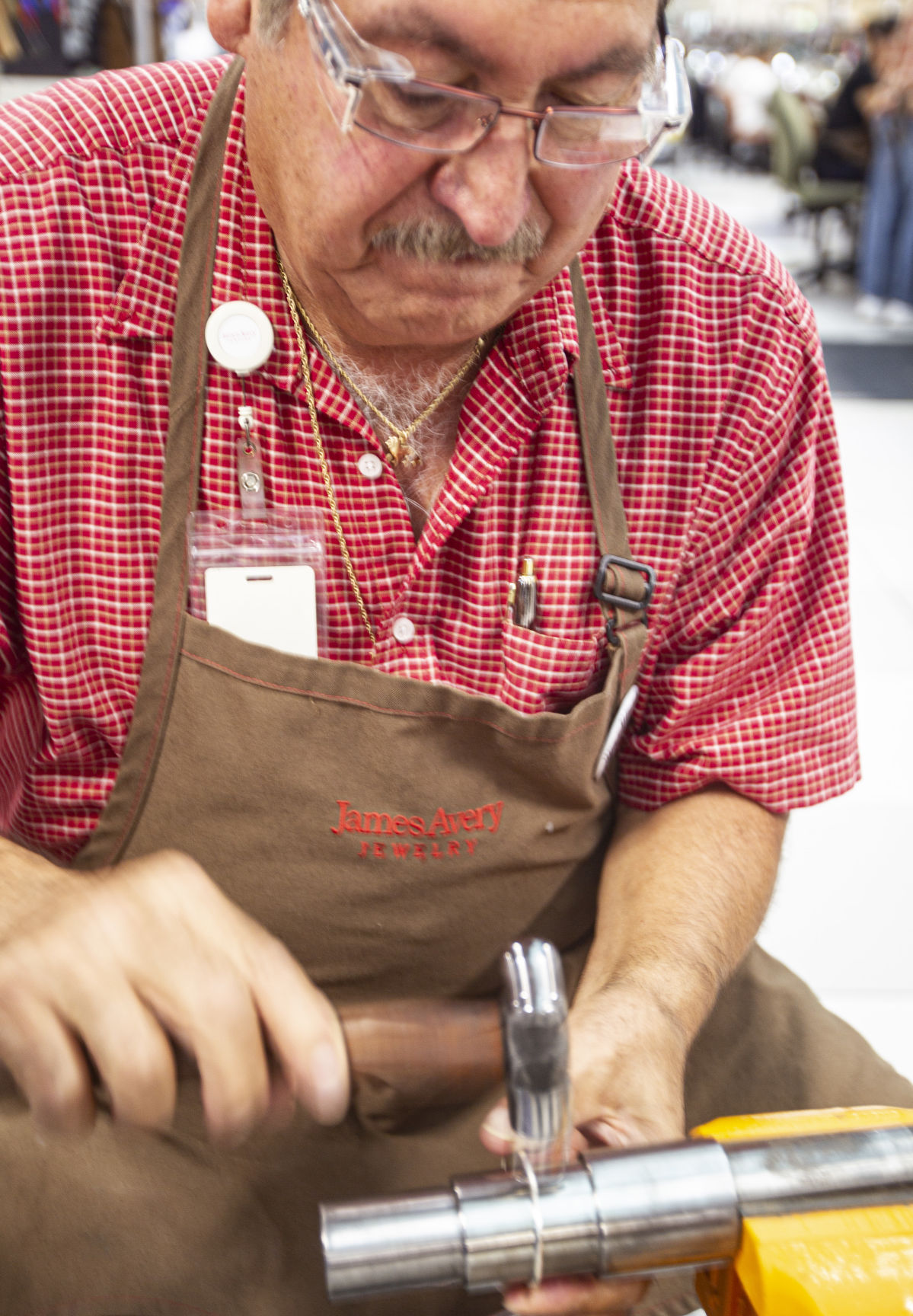 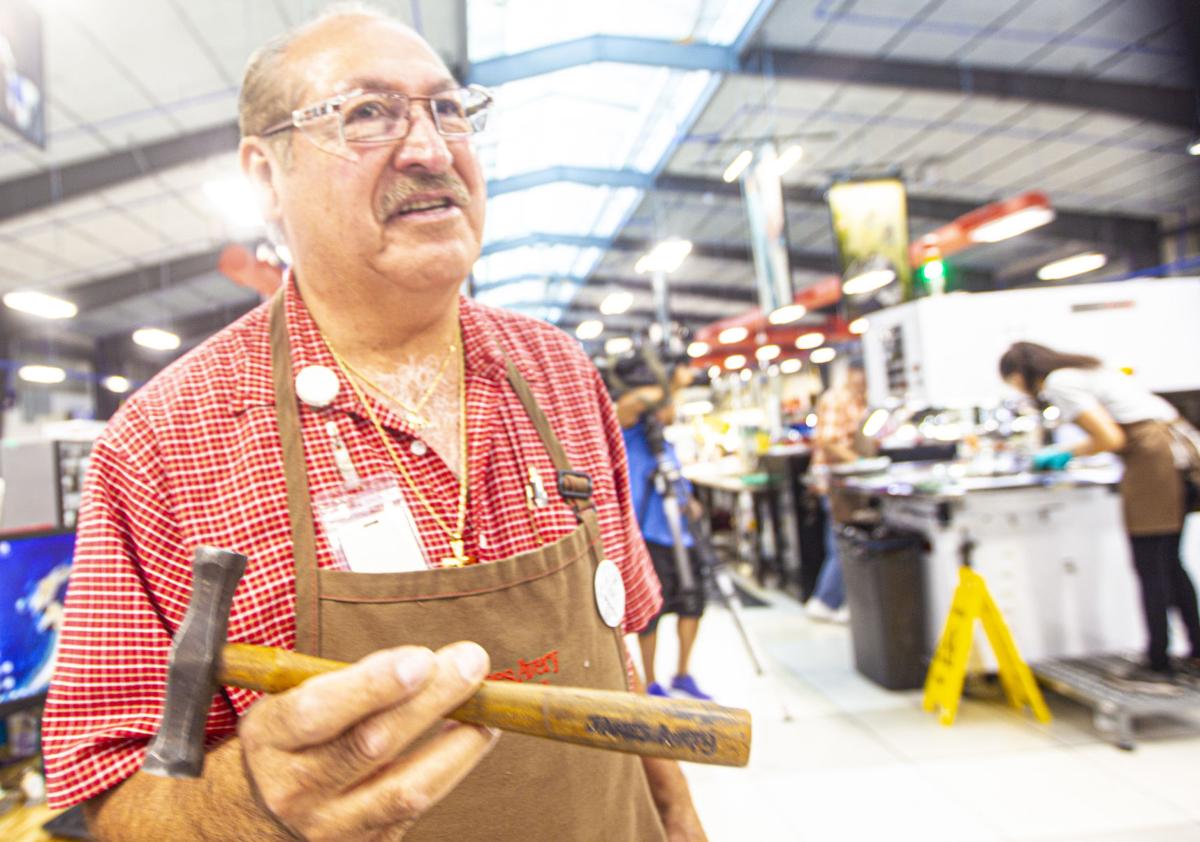 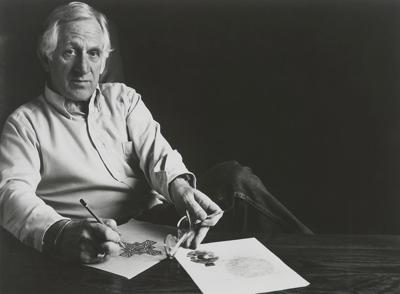 Today, the company hands its leadership to John McCullough, pictured left, who was named chief executive officer, and Paul Zipp, who moves from chief financial officer to chief operating officer and president.

James Avery’s Kerrville Creation Center hums with activity on a Thursday morning. The center produces many of the company’s products for sale across the country.

If there’s one thing that John McCullough wants to stress at James Avery it’s about family.

After 65 years of control, the Avery family is turning the role of company leadership to McCullough, who becomes the company’s chief executive officer today. McCullough succeeds Chris Avery — the son of the company founder.

“I have never been so confident in the future of this company,” said Chris Avery, who will maintain the role of chairman of the board of the privately held Kerrville-based company. “I have the utmost confidence and trust in John’s leadership skills and the way he cares for people. He is surrounded by an excellent leadership team, as well as a great team of associates in all departments to enable future growth, success and maintenance of this special company culture.”

That culture is centered around family and a mission of excellence that was born out of the garage of James Avery’s Kerrville home in 1954.

“It feels like a huge privilege,” McCullough said of assuming the role as CEO — the first non-family member to hold the position. “I’m very honored. I’ve been very fortunate to work with (Mr. James Avery), not for a very long period, but to get to know him, and to certainly work with a lot of people who worked closely with him for years and to understand what his vision was.”

That vision has helped lead the business to lofty successes across the nation. While the company considers itself a strong regional player — especially in Texas — there is ambition to grow, but there’s no pressure to move the company in a dramatic new direction.

“We are very well rooted in who we are and what our company is about,” said Paul Zipp, who will become the company’s chief operating officer and president. “It’s not something where we’re trying to find ourselves in the marketplace. We have a very good grasp of who we are.”

That sense of identity is firmly rooted in managed growth and staying connected to the Hill Country, where the bulk of James Avery’s production is sited. At its Kerrville Creation Center, one of its largest production buildings, there are multigenerational employees, including a company patriarch in Enrique Falcon, a 41-year employee.

At his work bench, Falcon is proud to show off his connection to Avery with a signed belt buckle and Avery’s own hammer, which was used to create his earliest works. Falcon’s wife, two sons and brother-in-law all work for the company.

McCullough said it’s that sort of connection to the company he wants to continue to foster.

During a tour of its Kerrville production center, Avery employees hammered, polished and created their way to a wide range of bracelets, charms, rings and necklaces. Employing more than 300 people, James Avery is one of the largest private employers in the Hill Country, and there’s a commitment to keep the focus on quality.

“We aspire to be a national company but we want to do it the right way and at the right pace,” said McCullough, adding that any rapidity of growth could sacrifice what the company values most — quality. “We are so fortunate that we’re a privately held company.”

That private ownership — still mostly controlled by the Avery family — is a critical component, Zipp and McCullough say, because it doesn’t force them to make brash decisions to chase profits.

In spite of a battered retail environment nationally, James Avery has still been able to grow and has 91 stores — most of those in Texas. The company also has a strong relationship with big box retailer Dillards.

However, the company is working to improve its overall experience in its retail stores with what it calls Discovery Centers. The company has locations in San Antonio, Houston and Waco where customers can experience enhanced services, see new product lines like James Avery handbags and leather goods, and see past designs.

With the change, the next generation in Avery family leadership — led by James Avery granddaughter Lindsey Tognietti — is confident in this new direction.

“These leaders are smart and they are committed to the same vision of protecting what was created by grandfather,” said Tognietti, who is Chris’ niece and is now the manager of strategic initiatives, helping the company explore new growth and product opportunities. “It’s the same people who have led the company to the growth that we’ve had.”

I am a schoolmate from Tivy of a son of the founder James Avery, and in September 1969, when my wife and I were married, we came to Kerrville specifically to have our wedding bands made (simple hammered or pinned finish bands) which we loved. Mine unfortunately slipped from my finger into Lake Austin in floundering from falling off the skis, and we could not afford to replace it. Some 14 years later, I replaced it with a simple comparable band (considerably more expensive than the original, even without the hand crafted hammered finish. Over the fifty years of our marriage, my wife's band is now smooth as well from the wear of time. Delightful memories of James Avery jewelry.