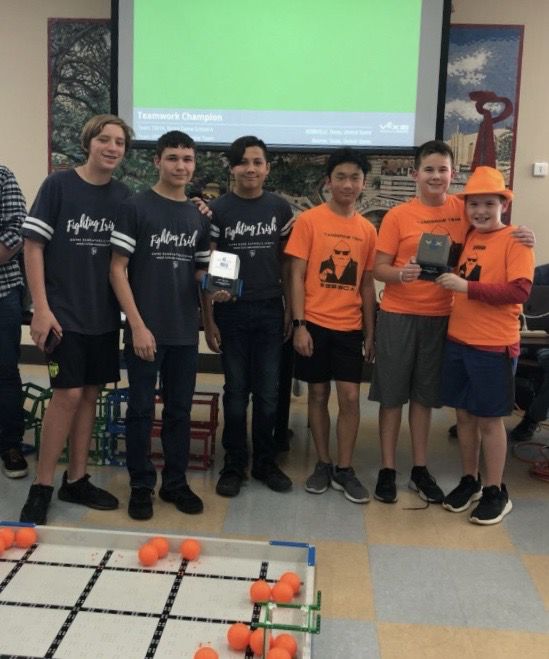 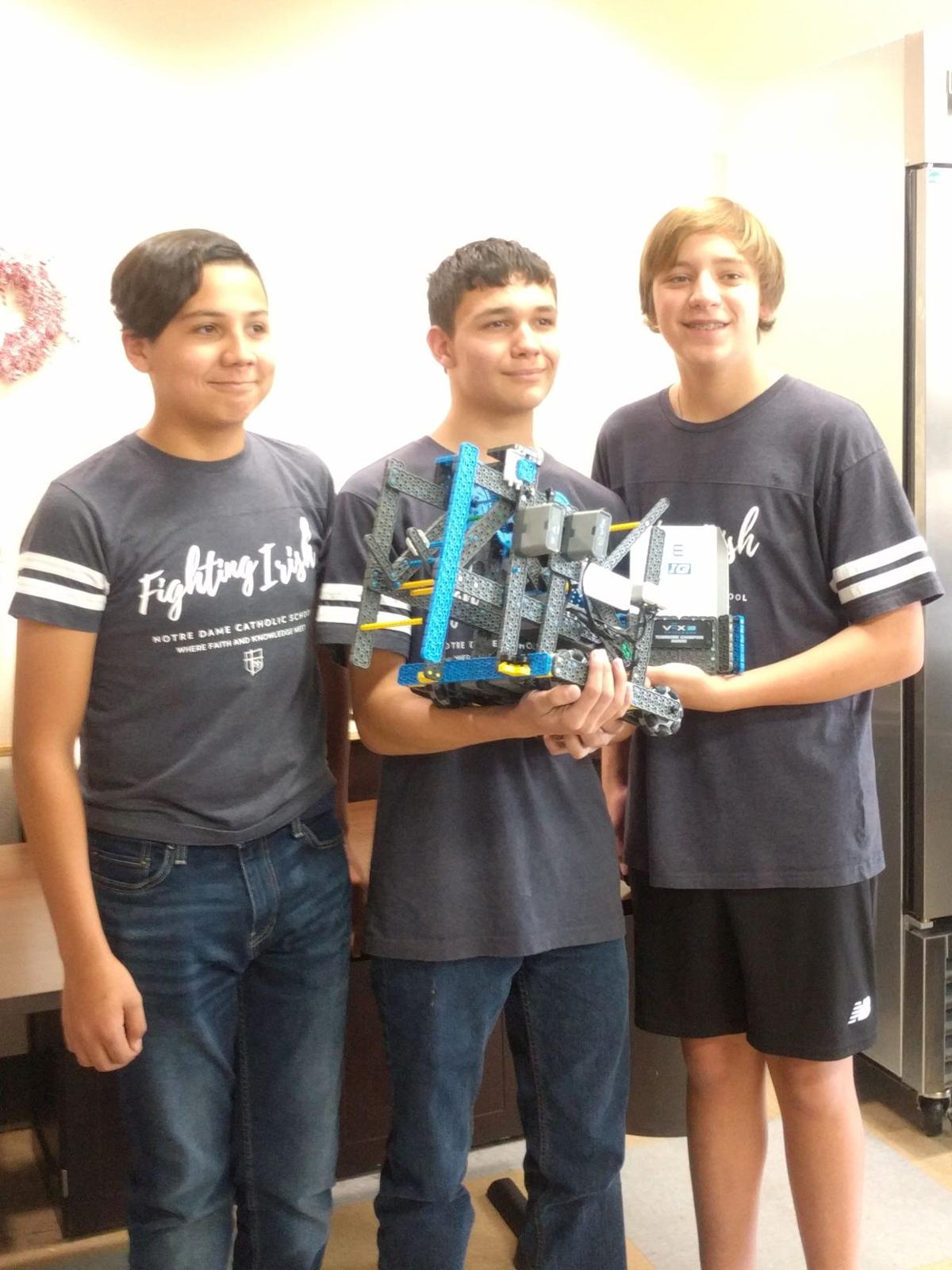 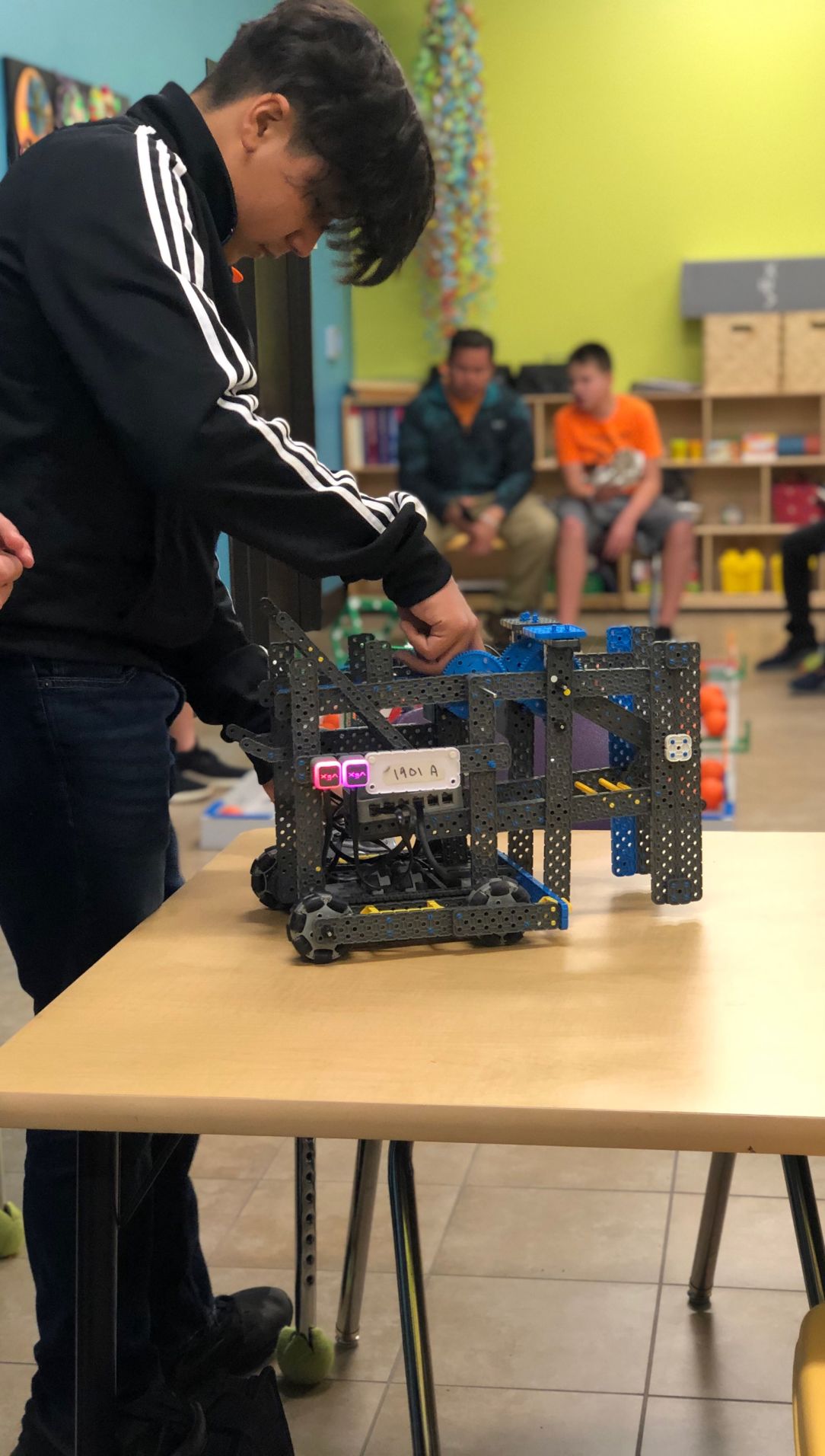 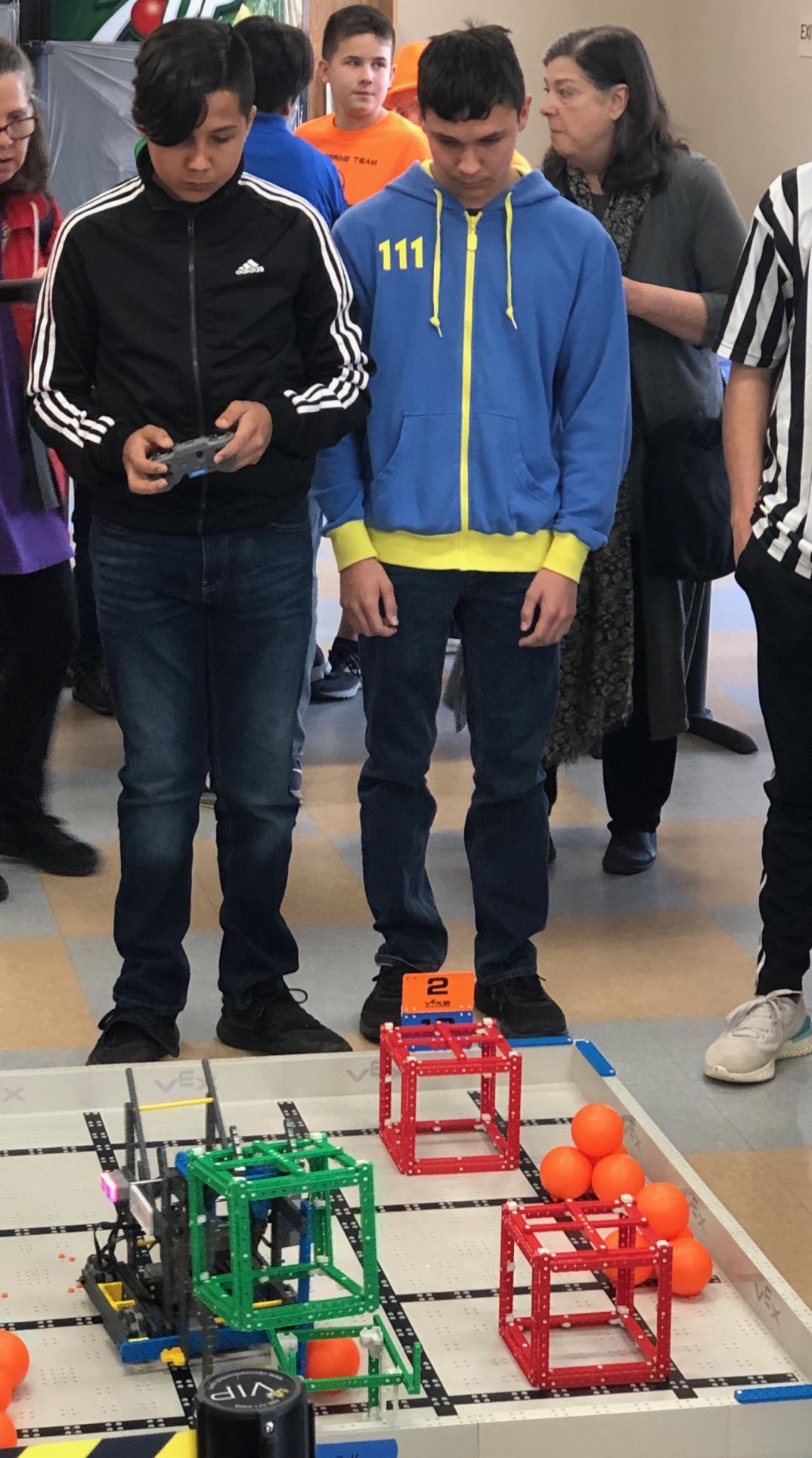 The team of Notre Dame Catholic Middle School eighth-graders Cris Angel, left, Jadon Way, right, and Hayden Juenke (not pictured) pilot their robot during a challenge at at the VEX IQ Early Winter Qualifier.  They will advance to the state tournament on March 7.

The team of Notre Dame Catholic Middle School eighth-graders Cris Angel, left, Jadon Way, right, and Hayden Juenke (not pictured) pilot their robot during a challenge at at the VEX IQ Early Winter Qualifier.  They will advance to the state tournament on March 7.

The eighth grade team, represented by Cris Angel, Hayden Juenke and Jadon Way, won the Teamwork Championship by working collaboratively to design, build and program their robots to score the most points in a series of 60-second matches against other teams.

They will advance to the state tournament on March 7.

In the VEX Robotics Competition, presented by the Robotics Education and Competition Foundation, teams of students are tasked with designing and building a robot to perform against other teams in a game-based engineering challenge.

Classroom concepts in science, technology, engineering and mathematics are put to the test as students compete in different events.

“In VEX IQ, teams work together in an alliance to move field elements into different positions to maximize points,” said Amanda Beck-Ter Stege, who teaches a robotics class at Notre Dame. “This year’s challenge has the students developing robots that can manipulate field elements of cubes and balls onto platforms and designated areas inside the field to maximize points.”

In the teamwork portion of a tournament, the students drive their robots with a remote control that they can customize through programming.

“In addition to the teamwork challenge, there is a robot skills portion in which students  combine the points earned from driving and autonomous programming,” Beck-Ter Stege said.

More than 8,500 teams from 45 countries participate in more than 900 tournaments throughout the year at the regional, state and national levels and culminate at the VEX competition.