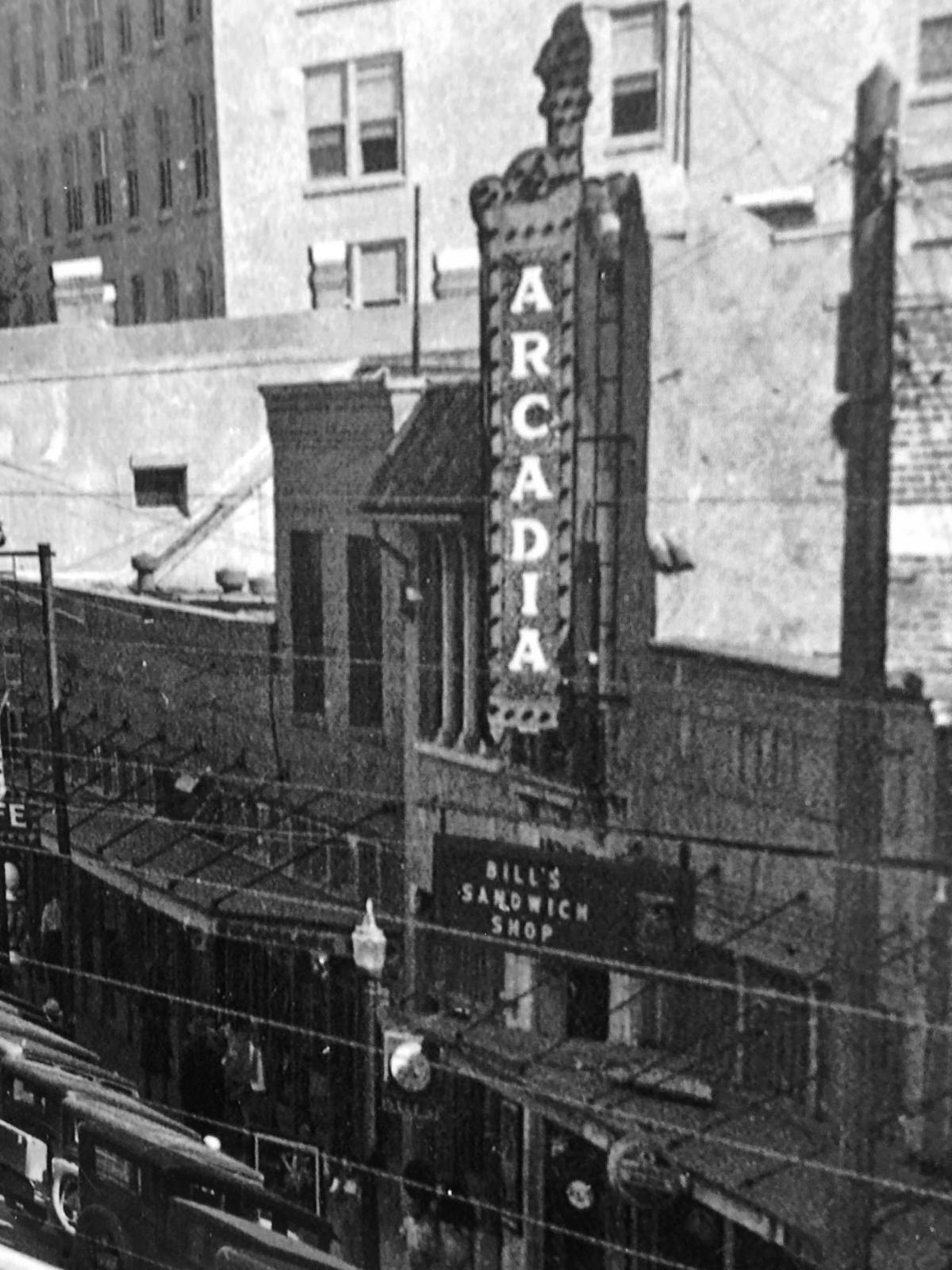 Shown at right is the Arcadia with its original signage — which the new owners hope to replicate. 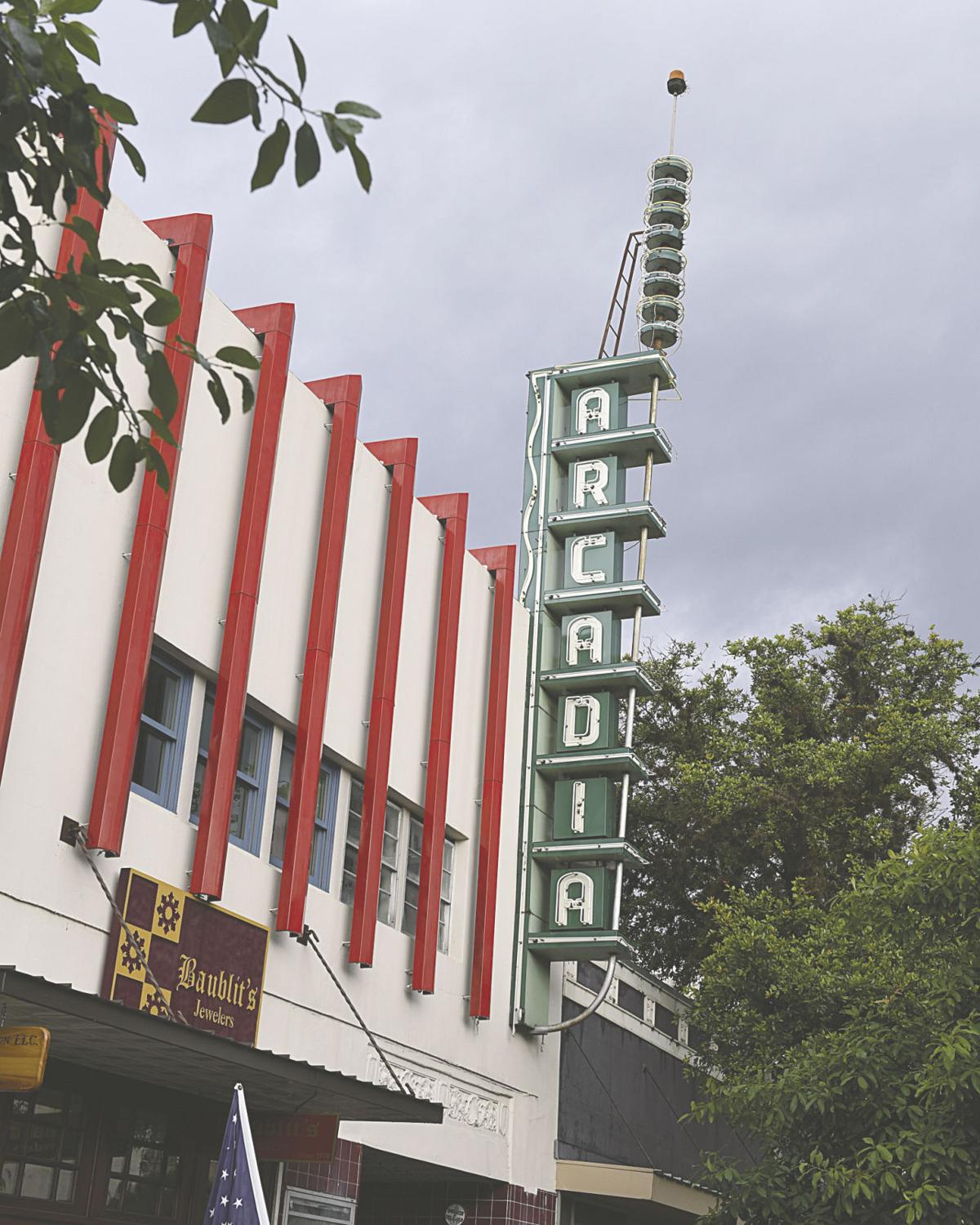 The signs, they are a changing: The Arcadia Theater sign will come down today as efforts continue to revitalize the Kerrville landmark. The neon sign will grace the back of the theater after it is restored. 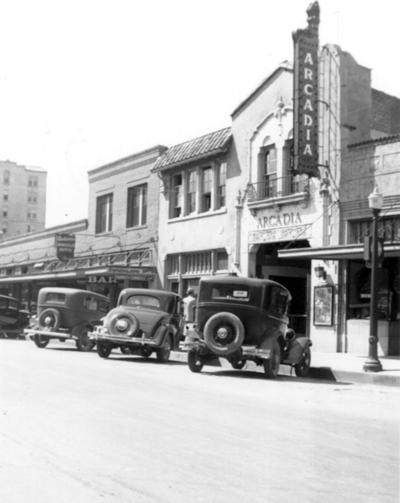 Shown at right is the Arcadia with its original signage — which the new owners hope to replicate.

The signs, they are a changing: The Arcadia Theater sign will come down today as efforts continue to revitalize the Kerrville landmark. The neon sign will grace the back of the theater after it is restored.

For decades, one of the signature landmarks in downtown Kerrville was the Arcadia Theater neon sign — even if it has darkened recently — but today will mark a major change for the historic theater.

The Art Deco sign is coming down today, headed for a major renovation in San Antonio, but when the sign returns, it will be fixed to a position in the back of the theater, overlooking the Guadalupe River.

In its place will be a replica sign harkening back to the theater’s opening in the 1920s.

In order to do the work, Water Street will be closed from 7 a.m. to 10 a.m. this morning between Earl Garrett and Sidney Baker streets.

Michael Kelliher, the new executive director of the Arcadia Live project, said the removal of the sign is necessary in order to repair and restore it to its former glory.

The Arcadia revitalization has been underway for months, and those backing the project hope it will be another tool in a downtown transformation for Kerrville, which will leverage the space to attract events and other activities.

Kelliher said taking down the sign will be a strange moment for many in the community, who have grown accustomed to the sign’s place in Kerrville.

“Everyone has a memory of the sign in their life,” Kelliher said.

Inside the theater, construction is exposing the brick walls of the original Spanish-themed architecture.

The wide variety of programming that the theater could offer would make it a destination for many, including those coming from out of town.

The Kerrville Convention and Visitors Bureau is already touting the theater’s coming re-birth as another example of the community’s focus on arts and culture.