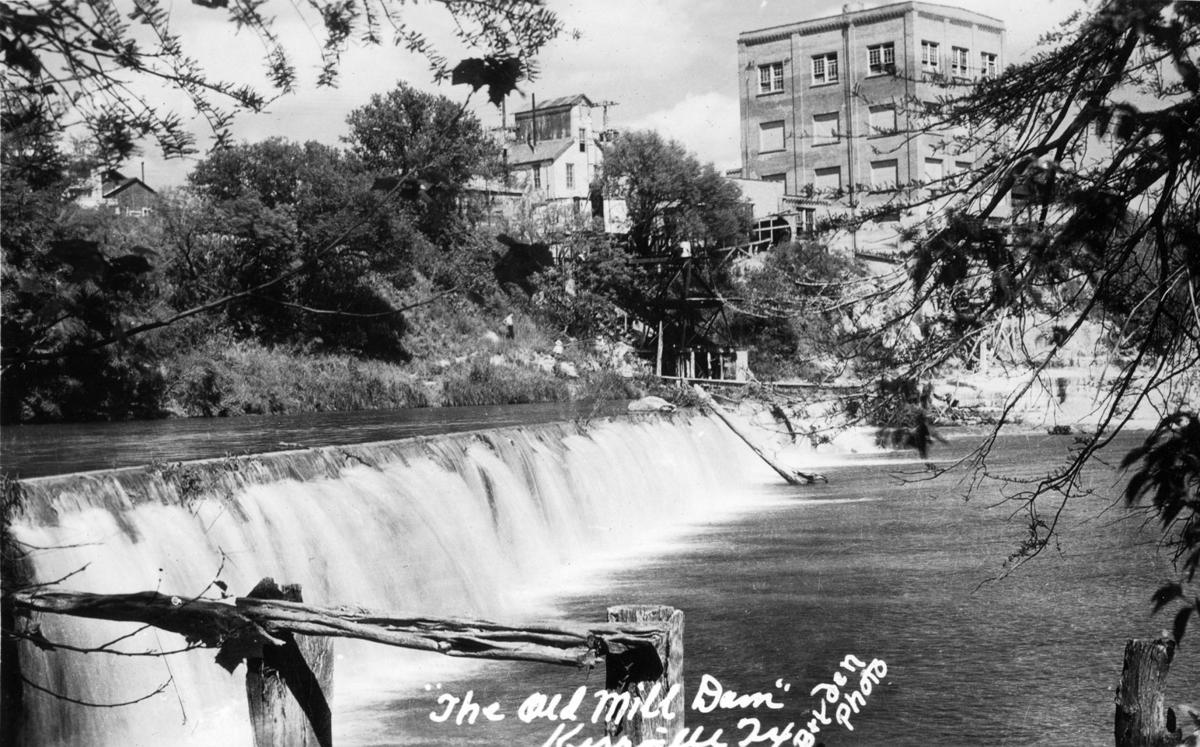 The old ice house can be seen at right, above the “old mill dam” on the Guadalupe River near what is now downtown Kerrville. 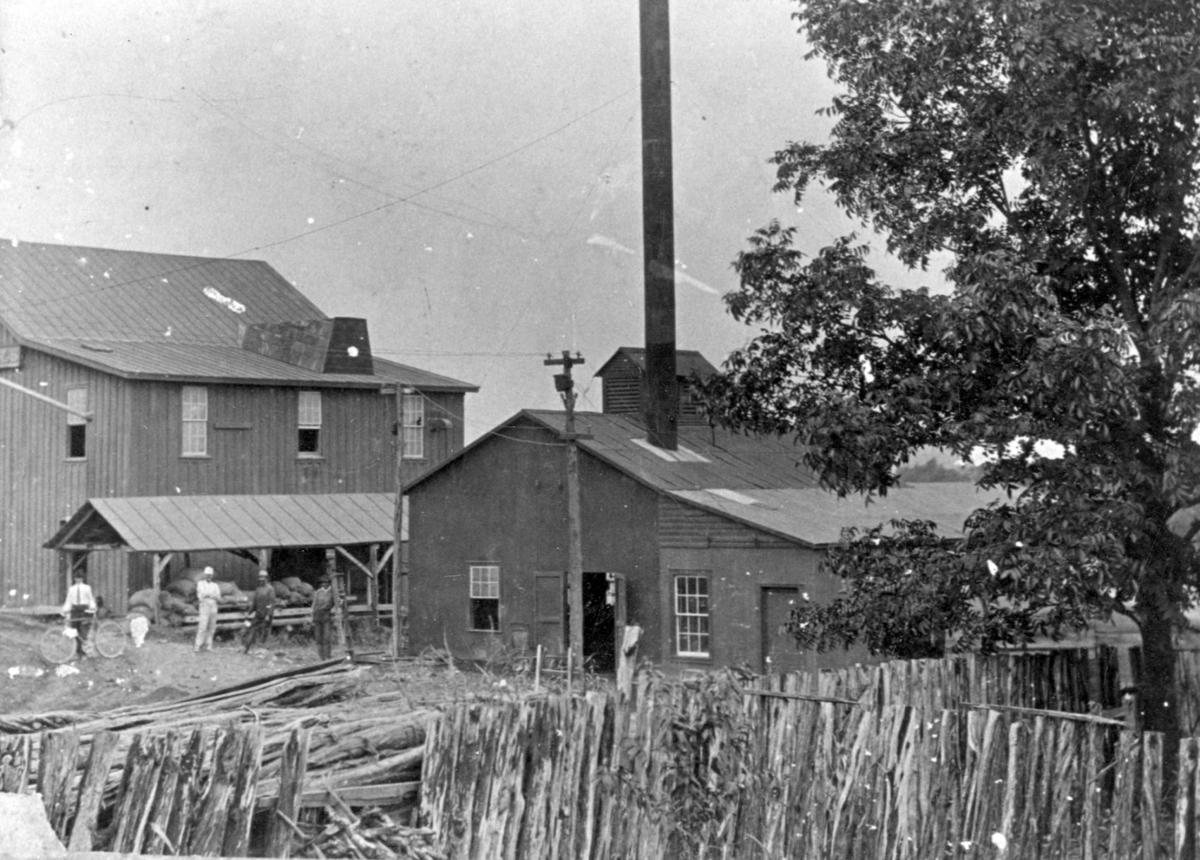 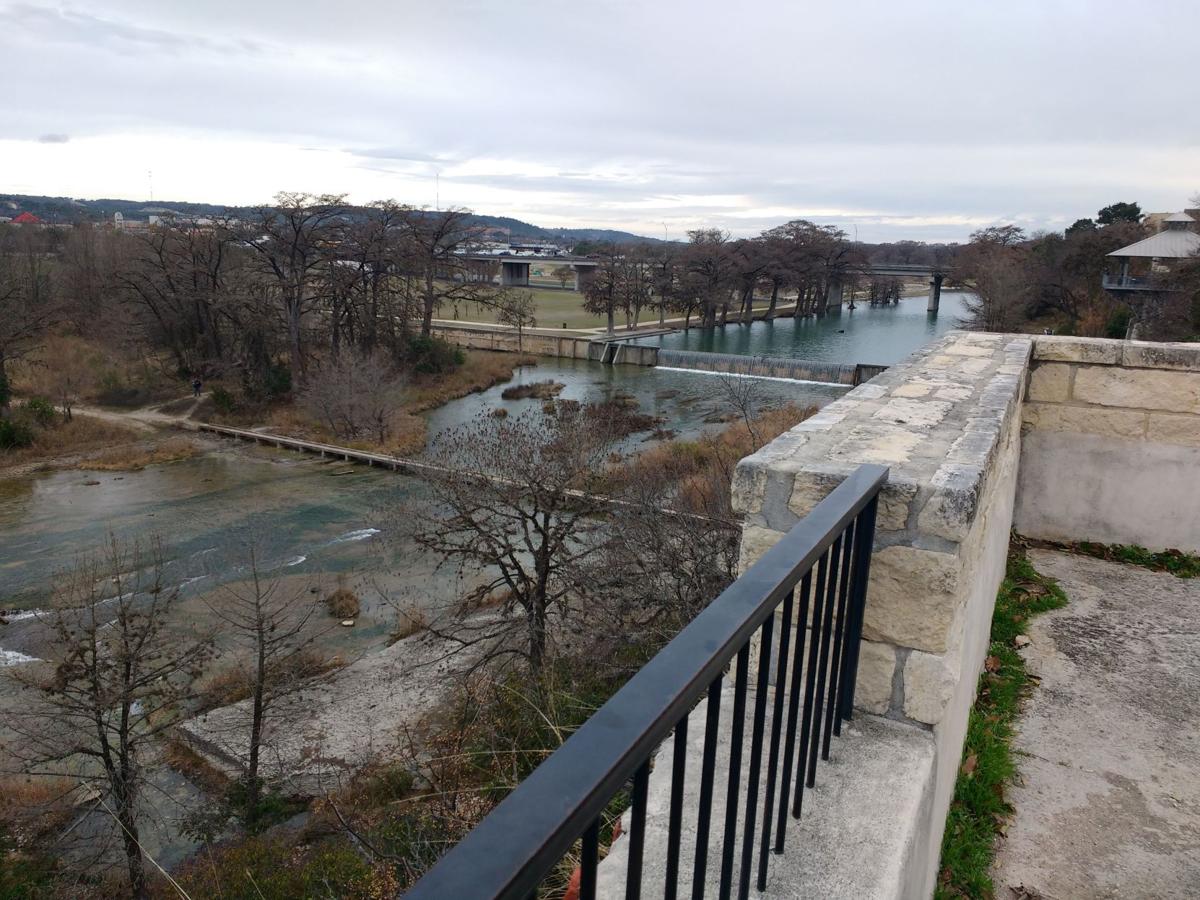 The current view from where Kerrville’s ice house once stood. Above is the former ice house. All that  remains of the building is the foundation. 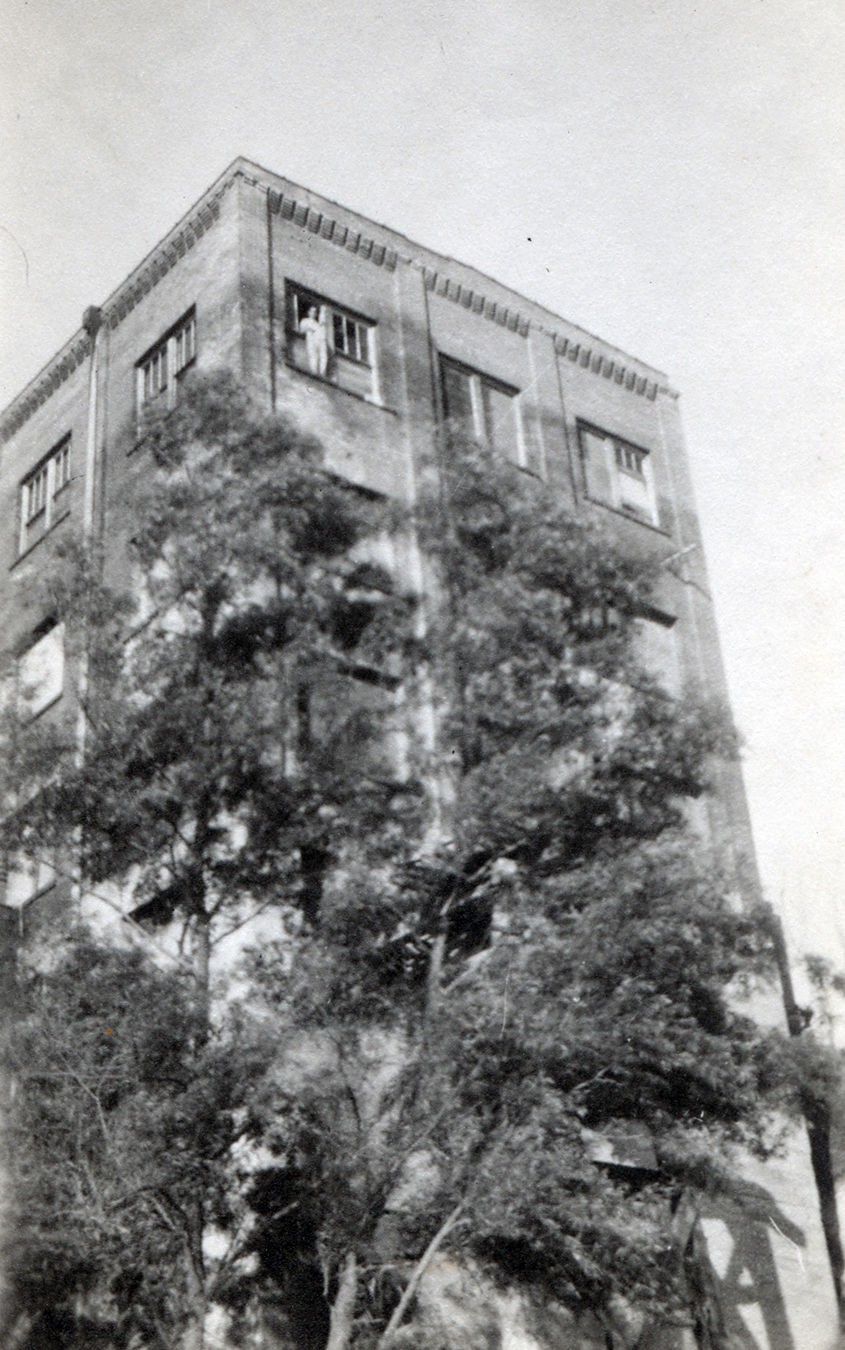 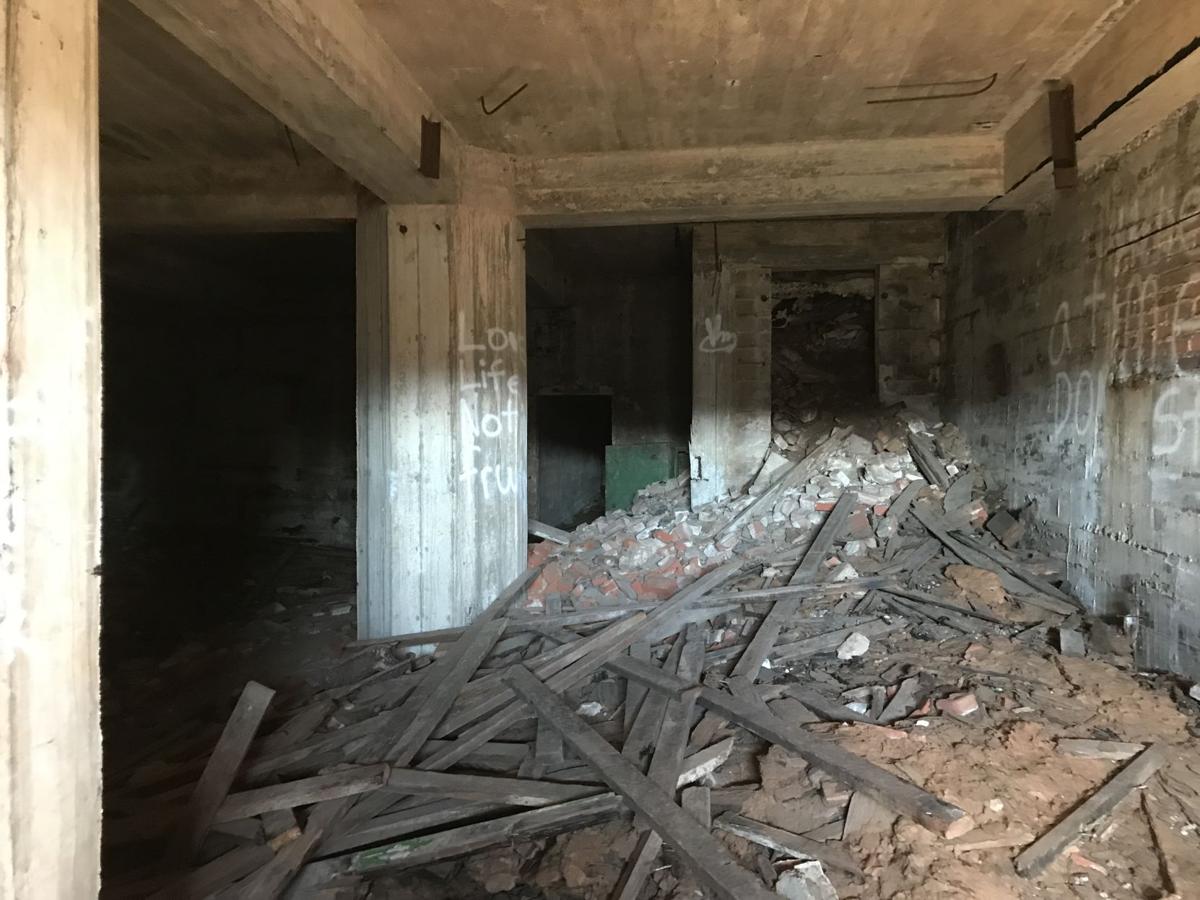 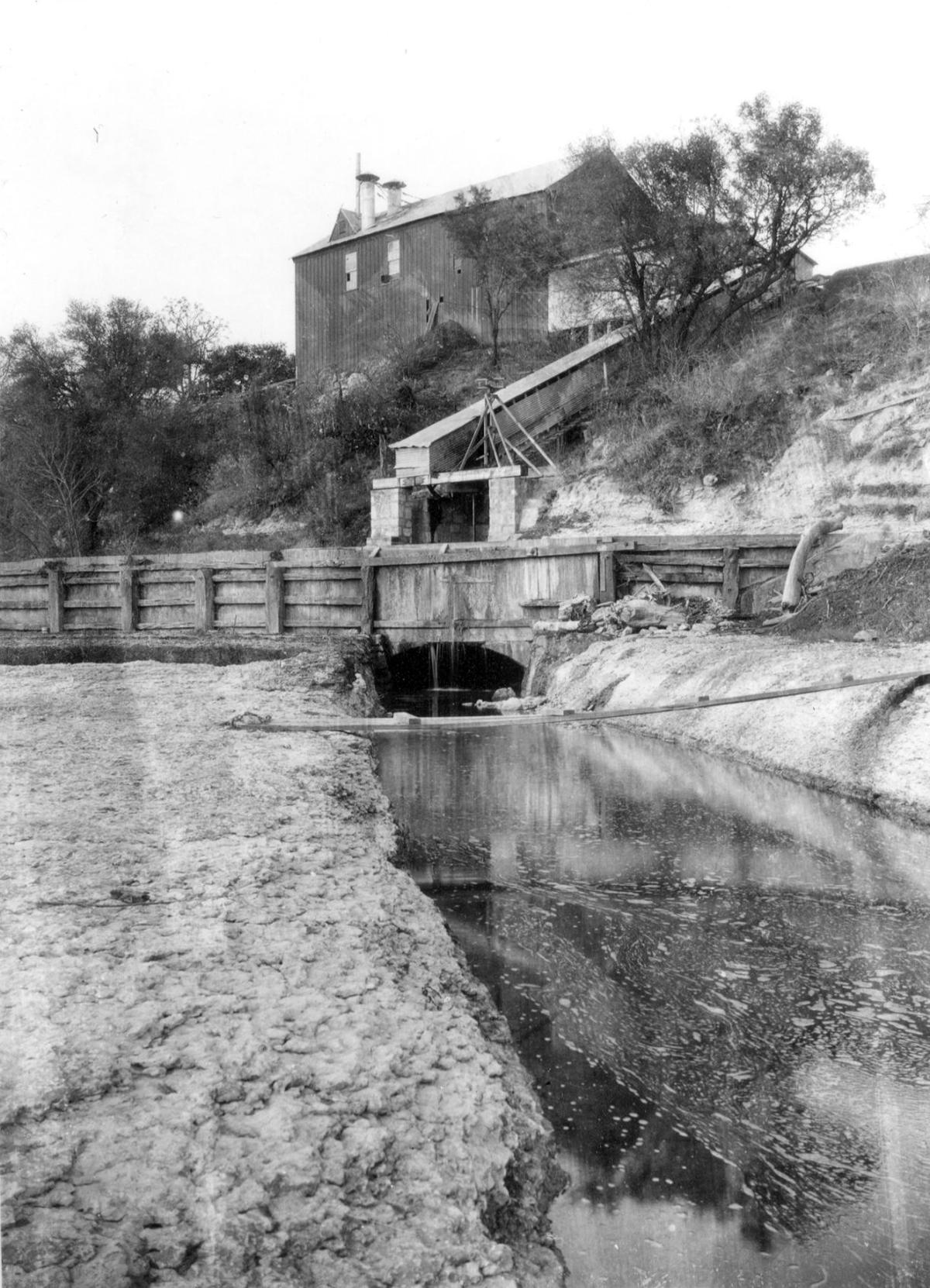 More than a century ago, the Guadalupe River had a more industrial feel. The city’s mill race, shown above, helped power the city ‘s early mohair industry and other local businesses. 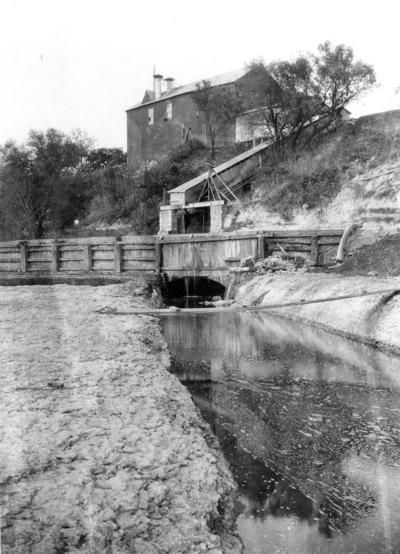 The old ice house can be seen at right, above the “old mill dam” on the Guadalupe River near what is now downtown Kerrville.

The current view from where Kerrville’s ice house once stood. Above is the former ice house. All that  remains of the building is the foundation.

More than a century ago, the Guadalupe River had a more industrial feel. The city’s mill race, shown above, helped power the city ‘s early mohair industry and other local businesses.

The spot where Kerrville began may eventually be the site of its newest establishment.

With the pending sale of almost 5 acres of prime downtown property comes talk of putting a cafe or restaurant on the most historically rich spot in town: the place where Joshua Brown and a handful of men built a shingle camp and settlement in the 1840s, before Kerrville existed.

The historic site is among 4.88 acres to be purchased this month by the Hill Country MHDD Centers, a nonprofit that has a contract with the state to provide mental health services.

One Schreiner Center, 819 Water St., where the agency has long had offices, is included in the $6.45 million purchase agreement, which is expected to be executed by the end of the month.

The historic site is now a paved lookout point adjacent to the office building parking lot, and it offers a stunning view of the Guadalupe River and surrounding hills. It’s also not far from a planned hotel, SpringHill Suites by Marriott.

“We’ve had a couple of conversations with folks in town who might be interested in opening an establishment there,” said Ross Robinson, executive director of the MHDD.

Robinson said there have been discussions about potentially leasing out the site, but he cautioned that the property hasn’t been

evaluated. Robinson said whatever is done will be consistent with the Kerrville 2050 comprehensive plan.

Robinson said he’s willing to meet with the Kerr County Historical Commission to learn more about the site and explore possibilities.

“We recognize this is ground zero for Kerrville — the original Kerrville,” Robinson said. “And we definitely want to honor and respect that history.”

Michael Bowlin, historical commission member, said he’s pleased to hear the MHDD wants to do something special with the site while honoring its history. Local historical Joe Herring Jr. also expressed interest in the project.

“As for redevelopment, I think it would be a wonderful thing if it is feasible and safe,” Herring said. “The earliest days of Kerrville were spent within one block of the old mill; it is the heart of the original town.”

Remnants of the ice house remain on the site, including a basement with about three rooms under the parking lot. A small window is visible from the lookout point. There is a historic marker at the mill site.

“We explored underground, too, including the tunnels under the old Ice House on Water Street, and I have a vague memory of searching the basement of the Charles Schreiner home for tunnels,” reminisces Herring in a 2012 article at https://bit.ly/2S55D2o. “One drainage tunnel along the riverbank comes to mind, though to this day I have no idea why we chose to get flashlights and explore it. Today I wouldn’t go into that tunnel for a large pile of money. I do remember an octagonal room in the tunnel which we boys thought was pretty neat.”

Before it was an ice house, the site was a combination saw and gristmill, built by master miller Christian Dietert and his assistant, Balthasar Lich, when the town was called Kerrsville, according to Bowlin. Dietert later joined a company of men who named the town of Comfort after surveying the land there, states an article by Bowlin.

The mill was expanded and diversified under the ownership of Charles Schreiner, to include refrigeration, electricity generation and more, Herring said.

Kerrsville was once known as Brownsborough, so named by the first white settlers in the area — Brown and his men. Brown and his band would cut shingles from the cypress trees that were abundant along the banks of the Guadalupe. As more settlers arrived and established sawmills and farms, postal authorities wanted to name the place Brownsburg. But with so many nearby communities having “Brown” as part of their names, the name Kerrsville was adopted, and the letter “s” eventually was omitted.

After the Texas Legislature created Kerr County in 1856, Brown then purchased more land and donated 4 acres of it for a courthouse, public school and jail for the new county. At Brown’s request, Kerrville became the Kerr County seat.

One of Herring’s articles on the topic of Joshua Brown’s shingle camp can be found at https://bit.ly/2GYfv7y.

“Established under Chapter 534 of the Texas Health and Safety Code, we are organized as a unit of local government and are tasked to serve as the Local Authority for intellectual and developmental disability and mental health services under contract with the Texas Health and Human Services Commission. We also have status as a 501(c)(3) nonprofit organization. We are one of 39 community centers together serving all 254 Texas counties and are governed by a nine-member board of trustees selected by the county judges of the 19 counties we serve.”

— From Ross Robinson article about MHDD