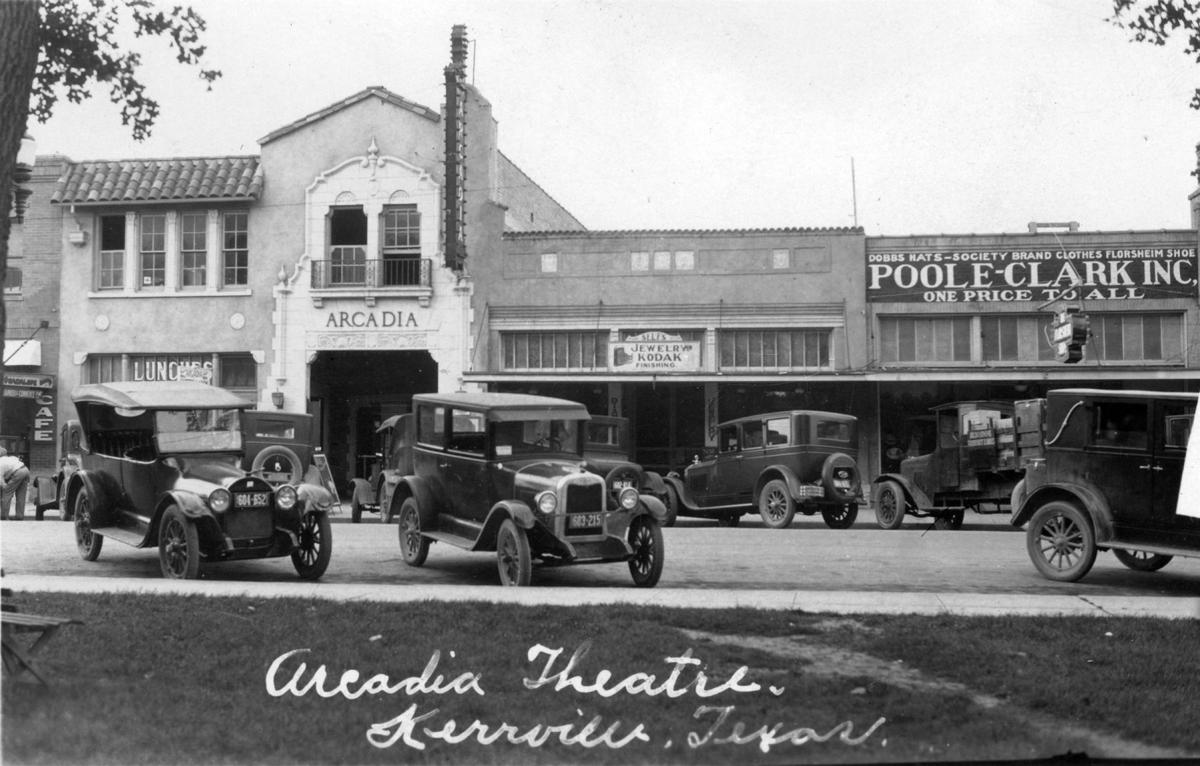 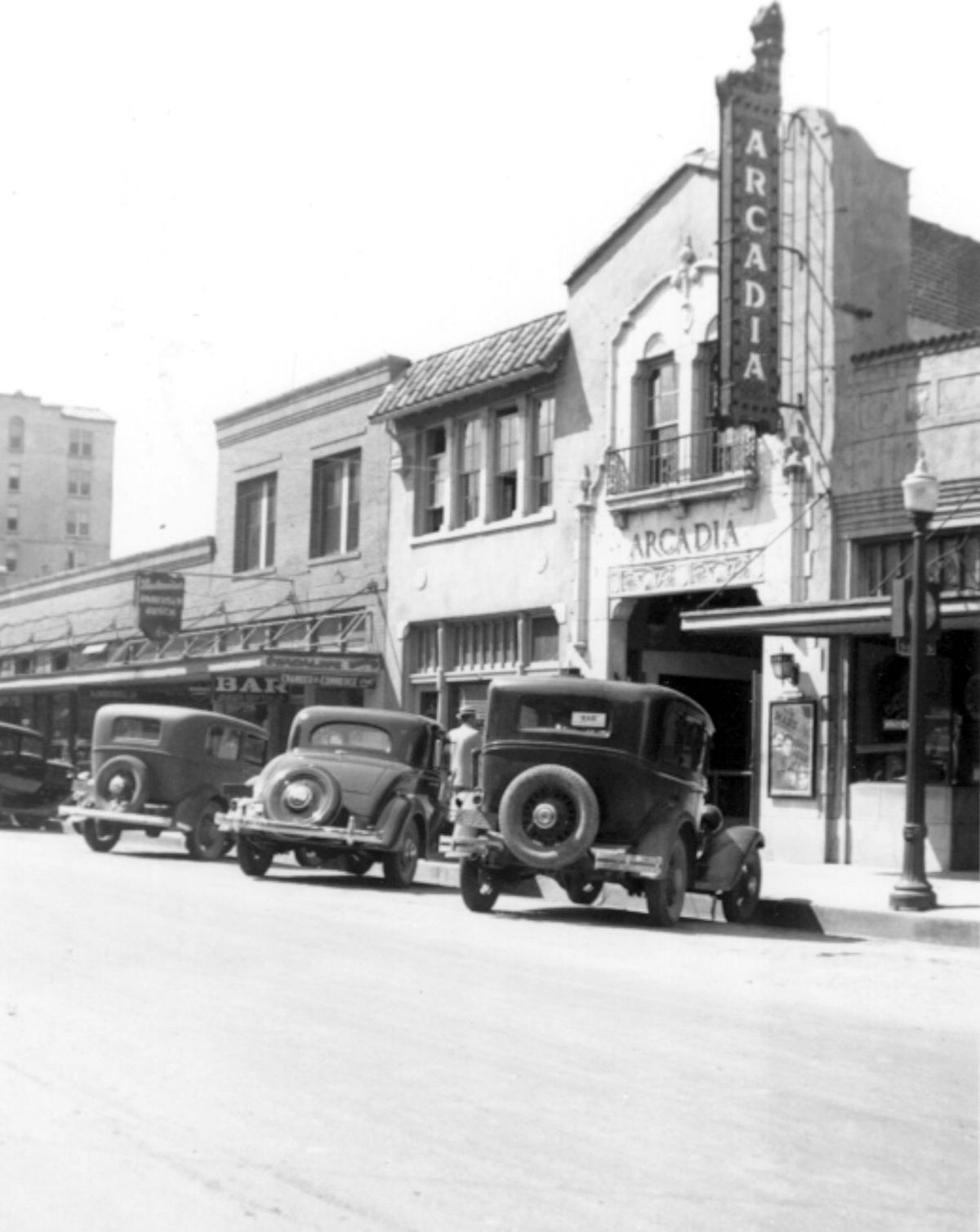 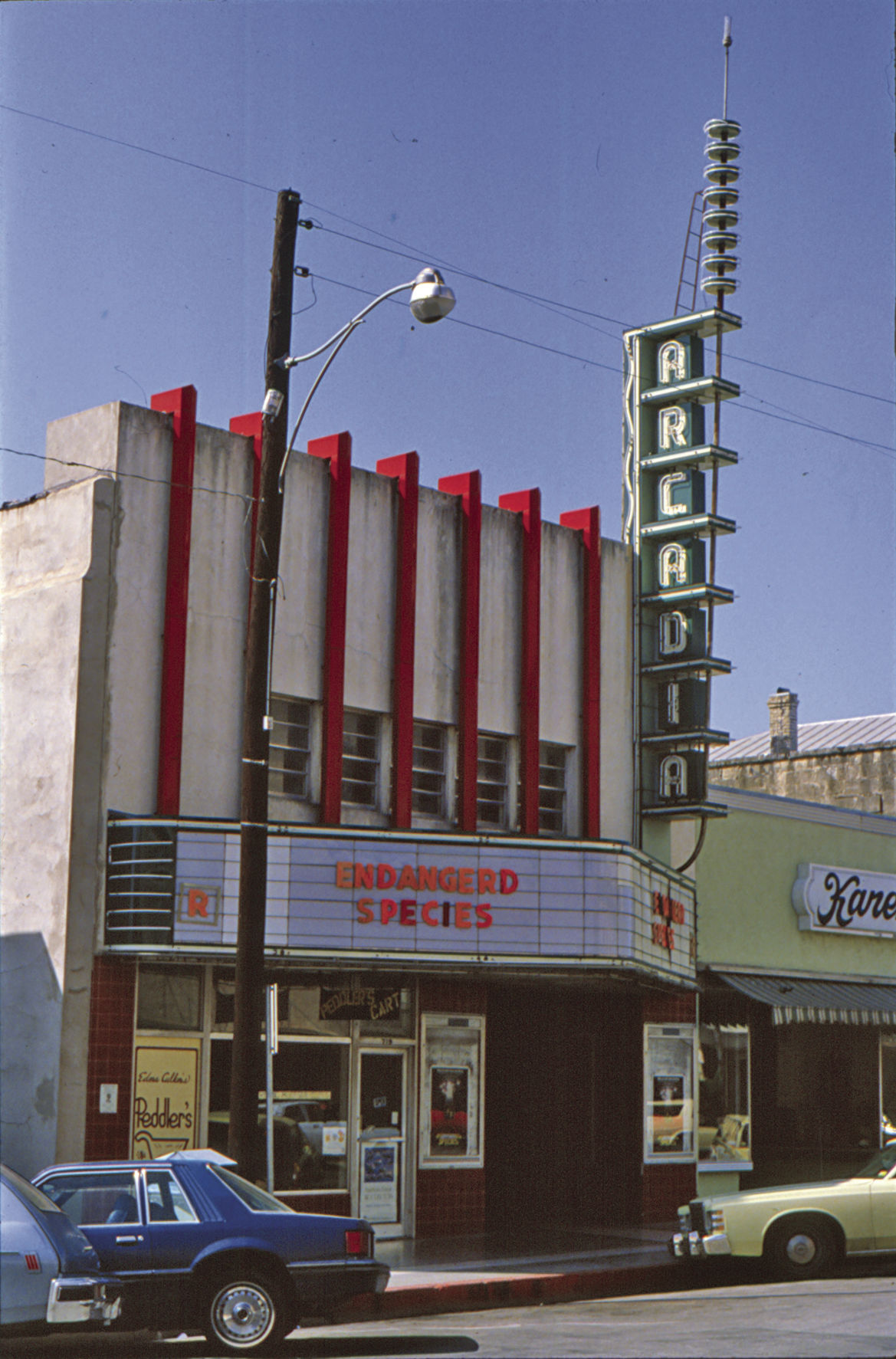 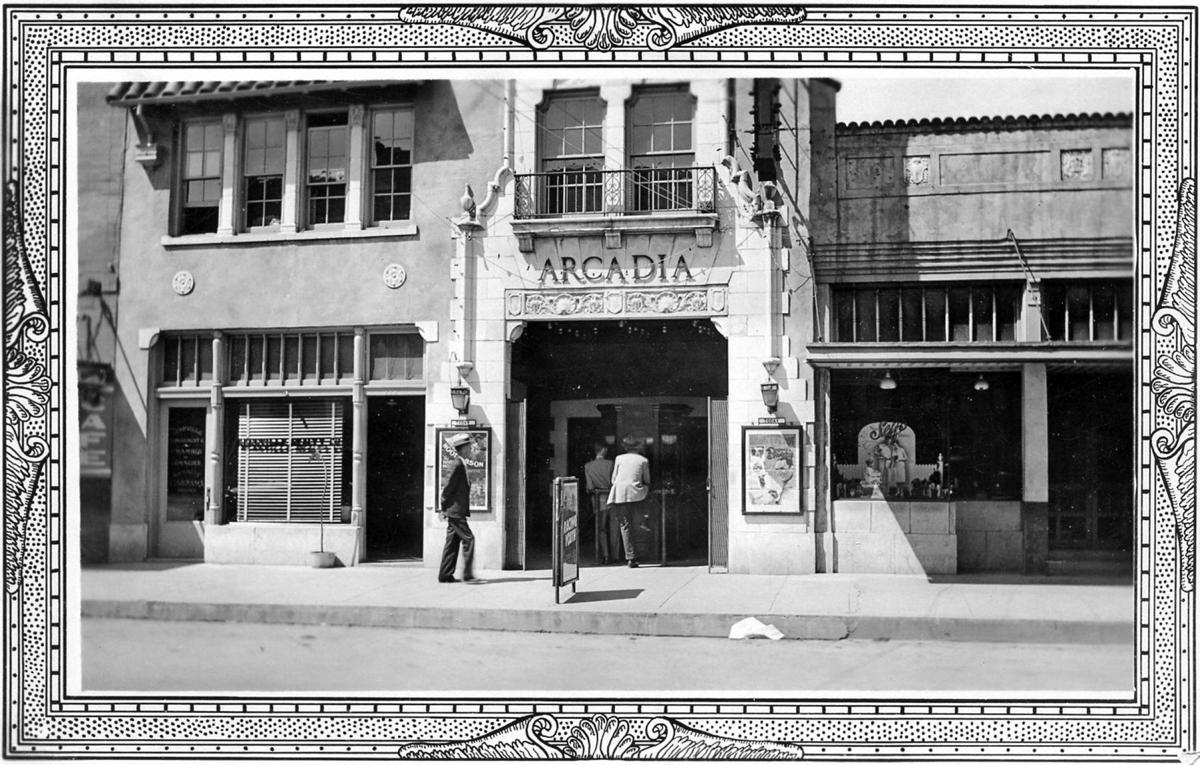 With the Arcadia Theater in the news recently, I thought it might be useful to share the old girl’s history. Here’s the story of the Arcadia from my files:

On the warm Tuesday evening of June 29, 1926, folks crowded into a newly built theater to watch the comedy film “Irene,” starring Colleen Moore. They were greeted with “cooled” air and a film about the life of a poor, beautiful Irish lass whose dire economic circumstances obscure her royal lineage.

“Irene” worked as a shopkeeper’s assistant, selling dresses. A local grandee had obtained the job for her there as a model; the villainous shopkeeper had demoted her to lowly clerk. During a grand fashion show, the grandee notes the absence of his protégé, storms to the dimly lit store, costumes the girl and returns with her to triumph and eventually love.

The scenes of the fashion show were “registered in subdued tones of the Techni-color process, a new idea which has recently been discovered by those who invented the method of color photography.” This probably explains the choice of this movie, a First National release, as the film for the Arcadia’s first evening: “Irene” was in color.

The town was very proud of their new theater. There was an older movie house, the Dixie, near the corner of Washington and Water streets, on the northern corner. The Dixie is remembered for its wooden bleachers, where patrons tucked their feet up to avoid the rats that ran along the floor eating popcorn and nibbling on shoelaces.

The Arcadia, by contrast, was a movie palace.

Built at a cost of $90,000, the new theater featured high-tech (for 1926) projection equipment (a pair of Powers projectors), a “Gardner Velvet Gold Fibre Screen,” a Hillgren-Lane pipe organ and seating capacity for 1,000 — approximately a quarter of the population of Kerrville at the time. (A theater built today, designed to hold a quarter of today’s population, would seat 5,900 people!)

The building looked very different then: It featured a Spanish mission façade, and the 16-by-40-foot “arcade” was accented with rough plaster and hand-hewn beams. In the “arcade” was seven display cases.

Seating also was arranged differently than the seating many of us remember. In addition to the “orchestra” and balcony seats, there also were eight loges with five chairs each. Smoking was allowed in the balcony seats only.

The small stage (8 by 15 feet) was furnished with scenery from Volland Scenic Company of St. Louis and included a “beautiful mountain and river scene, typical of the country surrounding Kerrville. It is a remarkable reproduction of nature, done in oil.” There also was an orchestra pit measuring 7 1/2 by 25 feet; this was the home of the pipe organ.

The neon sign we see frantically flashing in the night sky is not the original sign for the theater. The first was about 15 feet high and extended 6 feet above the building, with 16-inch letters. The lighting flashed on and off at intervals but was not neon; the coloring of the letters was done by placing “glass color hoods” over the lamps, and red and green and amber were the predominate colors. There was a twinkling torch and a “flowing” border driven by an electric motor.

The Bart Moore Construction Company built the building. Mr. Moore also was the president of the Kerrville Amusement Company, which owned the Arcadia and Dixie Theaters, and he would serve as the Arcadia’s first general manager.

Admission prices that first week of performances were 25 and 50 cents.

The Arcadia Theater showed movies until 1987; since then, the building has been dark and empty.

Several local groups have tried to restore the building and make it a public entertainment space, starting in the 1990s.

I’m hoping the current group attempting to revive the Arcadia has great success and support.

Joe Herring Jr. is a Kerrville native who owns a copy of the movie “Irene,” and has a poster advertising the movie on display in his family’s print shop offices.