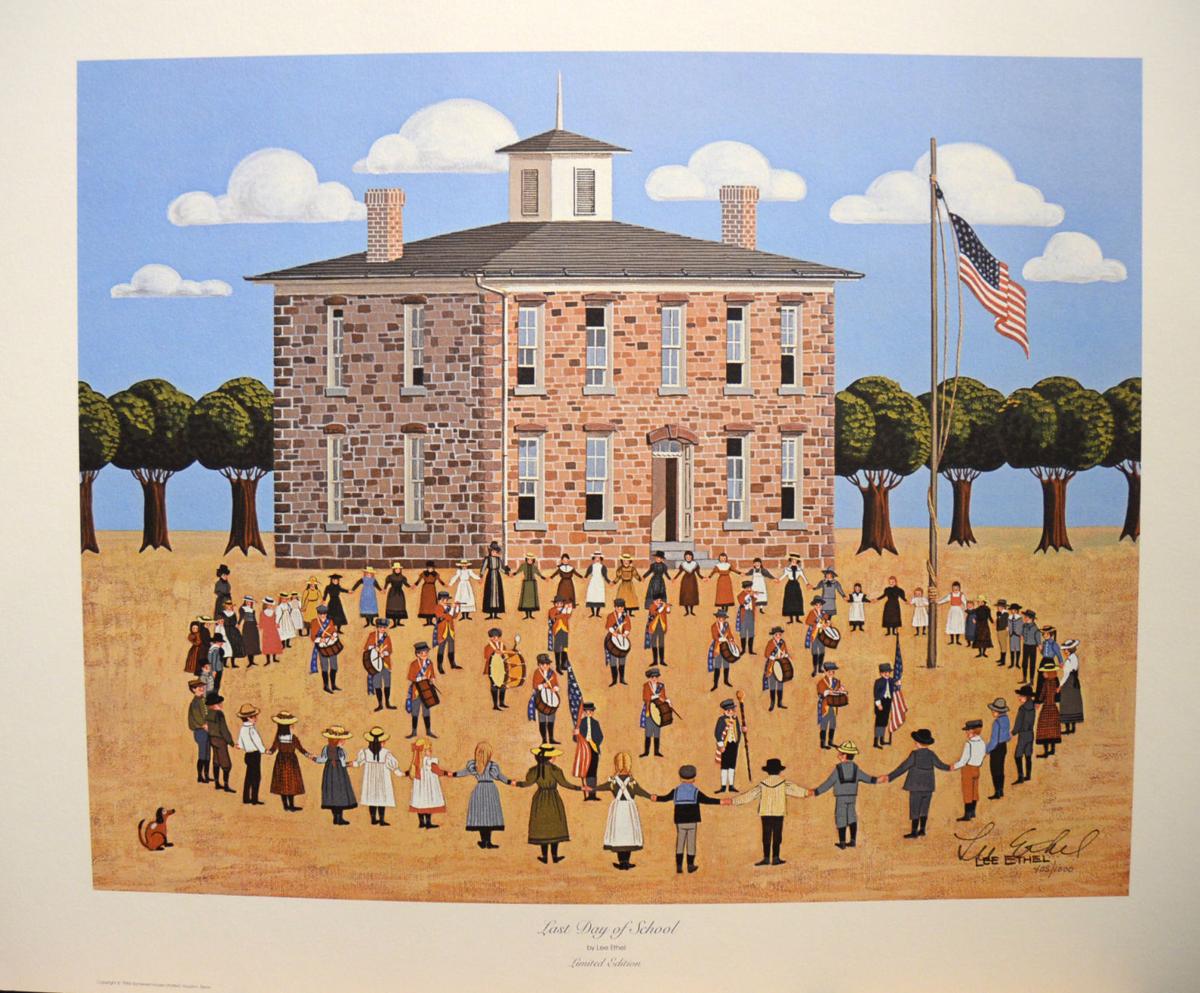 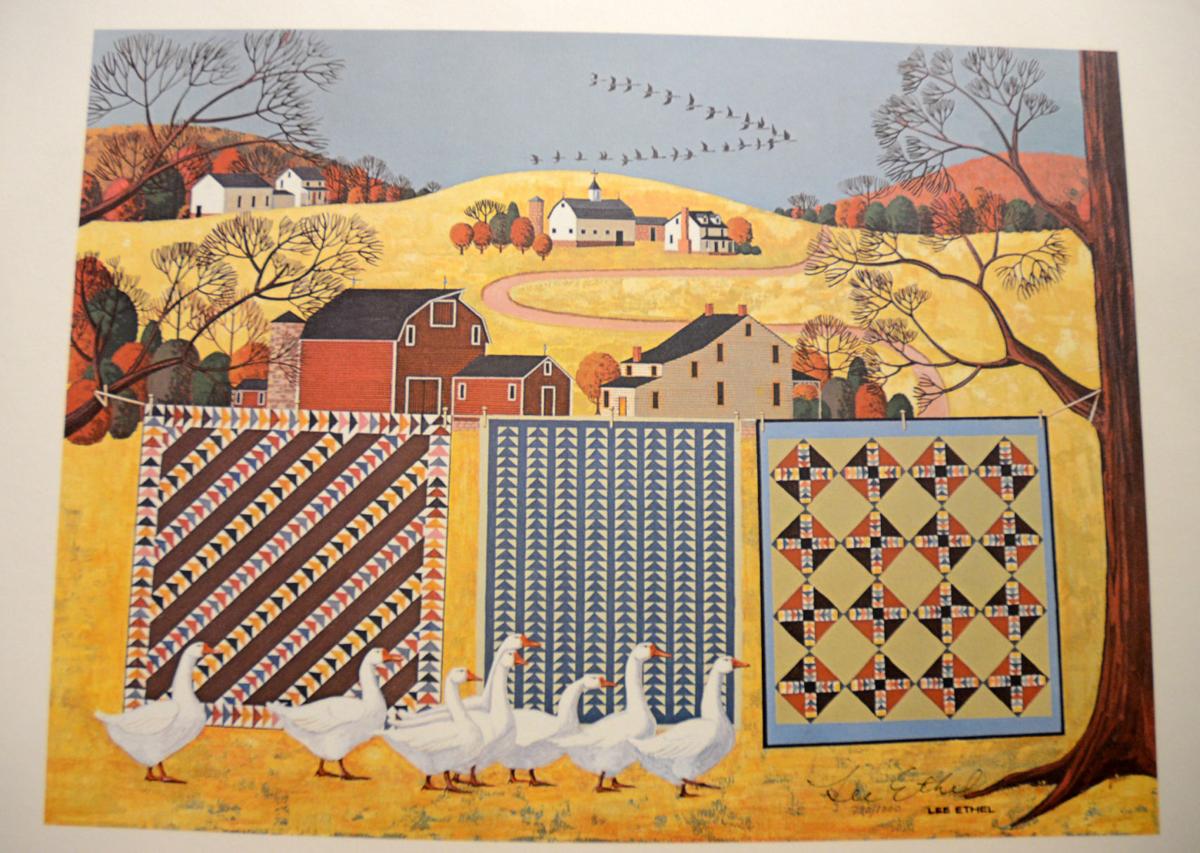 "All About Geese" by Lee Ethel 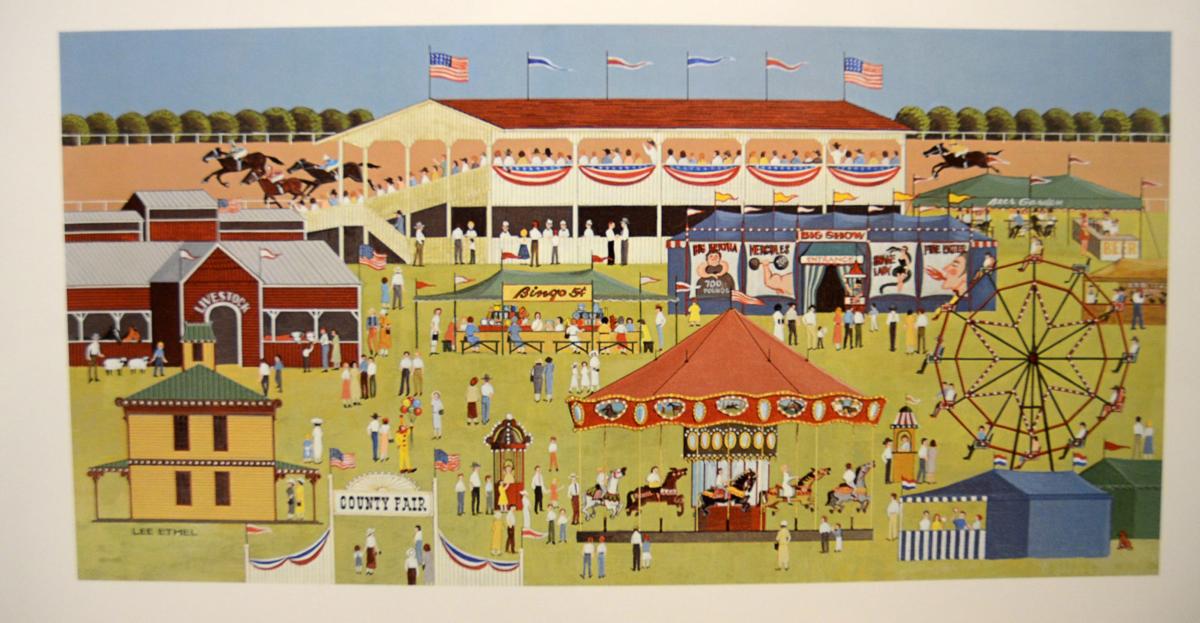 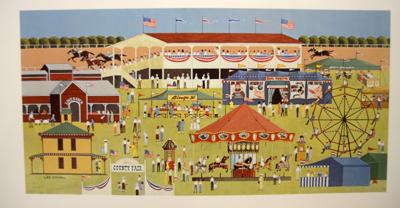 "All About Geese" by Lee Ethel

Descendants of artist Lee Ethel are on a scavenger hunt, and they need your help.

Anyone who has spent any time living in or visiting Fredericksburg and surrounding towns has seen the work of Lee Ethel, even if they didn’t realize it.

For two decades, the prolific artist created distinctive paintings for posters, events and books. He specialized in Hill Country historic buildings, street scenes and panoramas of fairs and festivals, although he also loved painting cats, quilts, ducks and geese. His signature style has been called “primitive American,” according to his daughter, Pam Montandon.

“Many compare it to the work of Charles Wysocki,” she said of another chronicler of American life. “He really had several stages. His ‘Fredericksburg’ style reflects more of his graphic design background.”

Lee Ann Whatley is Lee Ethel’s granddaughter and Pam’s daughter. She is an art appraiser and owner of Appretiare, an appraisal and framing business in Fredericksburg.

“‘Primitive’ alludes to ‘untrained,’ but he was not untrained,” Whatley said. “He was trained, not as a fine artist, but as a graphic designer.”

Whatley and Montandon are on a quest to track down all of the original paintings by Lee Ethel, who died in 1992.

He was amazingly active as an artist, but even his family is not sure of the total number of originals. Before his wife, Betty, died in 2016, she had documented 232 of Lee Ethel’s paintings, using a small photo album. But they know there are more out there.

“He was so prolific,” Montandon said. “We have been amazed. So much of his work was commissioned but never documented, so we knew nothing about them. But they are starting to come out of the woodwork.”

Even more amazing is that the artist did not really start painting full time until after he retired. That was in 1973, when Lee and Betty Ethel moved to Fredericksburg from Dallas. They played a part in reviving the Gillespie County Historical Society and in forming the Pedernales Creative Arts Alliance and its successful Oktoberfest. He was one of the first to restore a historic home, which he documented with a painting.

For his daughter and granddaughter, it is hard to believe their “Papa” has been gone 25 years.

“There was a time when in every store and every restaurant you would see a Lee Ethel print,” Montandon said. “In the old Bank One building there was a gallery of his work. Now they have all disappeared and are probably stashed in closets.”

They want to find them. The pair is asking anyone who owns or knows about a Lee Ethel original to contact them. Their goal is simply to catalog all the pieces for posterity. They do not want to buy them back.

“Buying them back is not feasible, nor is it wise,” Whatley said. “We don’t want to rob the market of his work. Our goal is to pull back together what he did. He was a documenter of Fredericksburg. He documented people, places, events and what made the town special, before the world figured it out.”

Whatley, who is also an artist, has a new appreciation for her grandfather’s seemingly “simple” artwork. He left a few unfinished paintings. With her mom’s and aunt’s permission, she finished one.

“To go back and try to recreate his hand and his style, I couldn’t do it,” Whatley admitted. “He had such a steady hand, painting with a stylus-thin brush using an extremely fine point and fine lines, down to the expressions on the people’s faces and the architectural detail on the buildings.”

Then there was his sense of play.

“What is fun is that in so many of the commissioned works, you can recognize the people,” noted Pam. “It’s fun to go back and see those, and think, ‘I should be in there!’”

This scavenger hunt holds a bit of urgency because of the approaching 175th Anniversary of Fredericksburg, which commences in 2020 and leads up to the culmination in May 2021. They are in talks to stage an exhibit and to create a publication of his work.

To do that, they need to track down every single original. They want to document when it was painted or purchased, and find out if there are any personal stories that go with it. So start digging in those closets and cleaning out those storerooms.

“If you find one, contact us so we can document it,” Whatley said. “We’ve got one year to finish this scavenger hunt.”

Phil Houseal is a writer and owner of Full House PR, www.FullHousePR.com. Contact him at phil@fullhouseproductions.net.