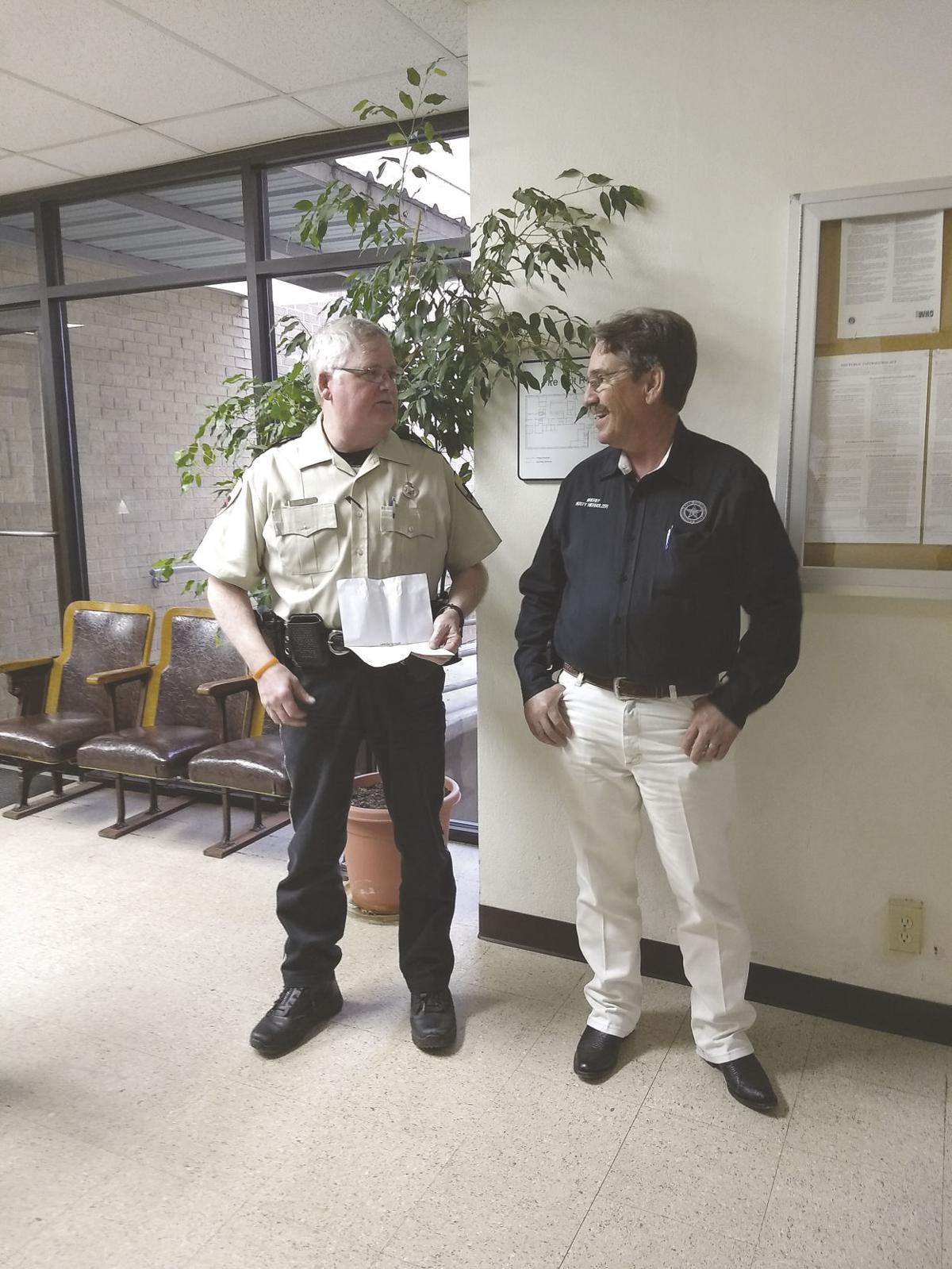 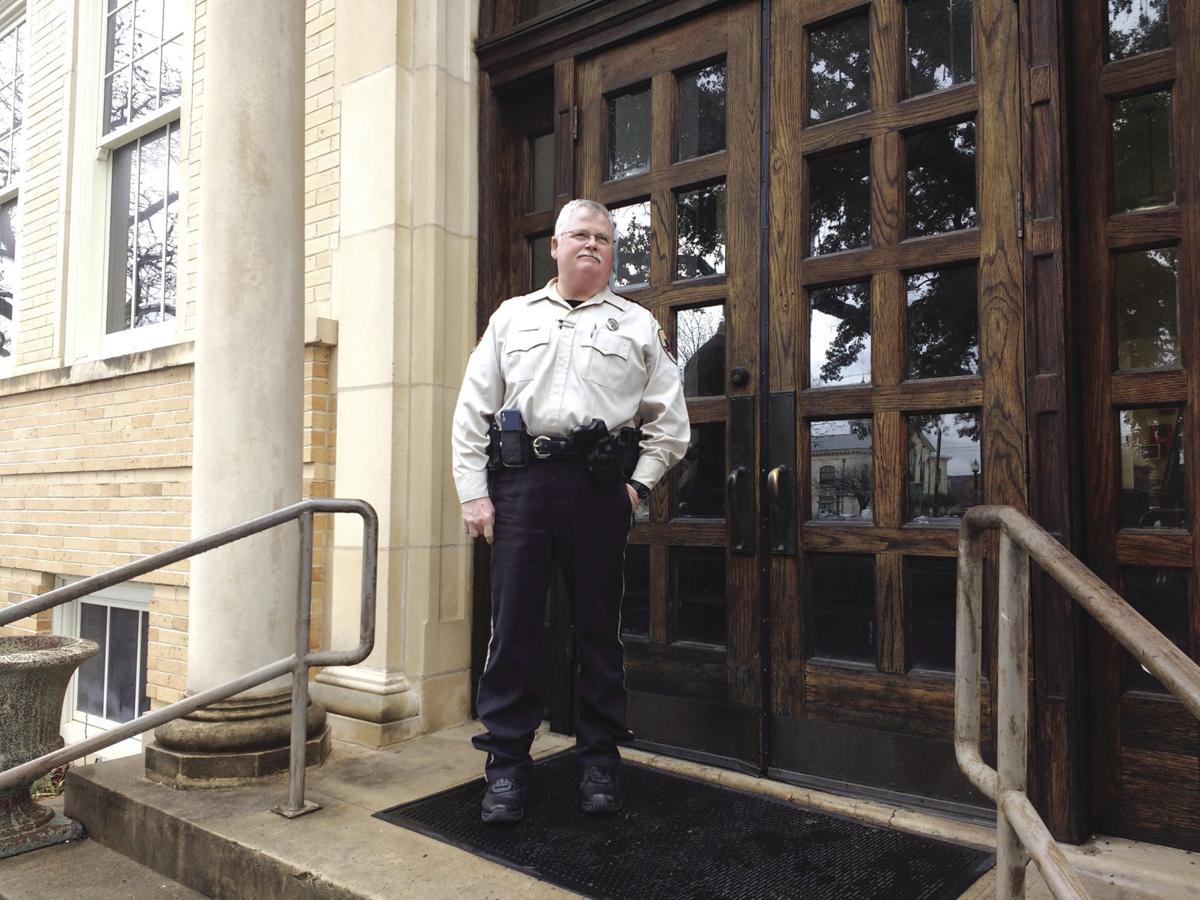 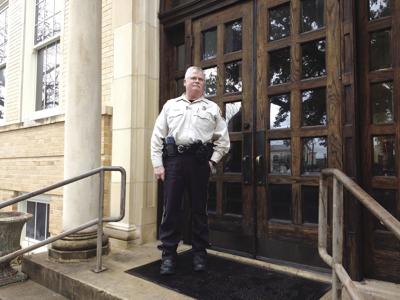 Scott Van Klaveren had been running the chain at Tivy High School football games since 1998, so there wasn’t a reason to believe doing so on Oct. 25 would be much different. But as fate would have it, he nearly died that day.

Van Klaveren, a sheriff’s deputy, suffered a massive stroke and collapsed on the field as he was running. His quick-thinking brother-in-law, Joey Lopez, got him into a truck and high-tailed it to the hospital, where doctors did a quick scan and discovered an avocado-sized brain bleed.

He was flown by helicopter to Methodist Hospital in San Antonio, where neurosurgeon Christopher Bogaev determined no surgery was needed, but gave Van Klaveren an anti-seizure medication as a precaution.

After almost a month at the hospital, with his wife by his side every day — she slept in a little chair by the bed, he said — Van Klaveren was discharged on Nov. 22 and began physical therapy.

As of early this year, aside from an increased sensitivity to light, he’s fully recovered, Van Klaveren said.

His survival and recovery are due to his wife’s care and watchful eye, God’s will and the many prayers of friends, family and others, Van Klaveren said.

“There’s no doubt people were praying for him, and I know that helps,” said Kerr County Sheriff W.R. “Rusty” Hierholzer last week. “I think everybody’s glad to see him back at the courthouse. He’s a good officer.”

Some of the many people who offered prayers for Van Klaveren and visited him in the hospital included members of Trinity Baptist Church, where he provides security. A few lawyers who he encountered on a cordial basis at the courthouse over the years even paid him visits. These visits were a surprise and meant a lot to him, he said.

“The visits from people — knowing that it’s never convenient to go visit somebody in the hospital, especially in San Antonio,” Van Klaveren said.

Anand W. Mehendale, a neurologist with Peterson Regional Medical Center, told Van Klaveren that his survival and recovery was miraculous.

“He said, ‘You’re more of a blessing to me today than I am to you,’” Van Klaveren said.

The doctor went on to describe his own heart attack while on an airplane, which led to a religious conversation from being an atheist. The doctor had a premonition that he was going to have a heart attack, even though he’d had no symptoms, so he took nitroglycerin with him on the flight as a precaution. Before boarding, a nun gave him an odd look, approached him and made the sign of the cross over his heart. Sure enough, the nitroglycerin soon came in handy; he used it to save his own life on the plane when the pain and other symptoms of heart attack hit him.

This testimony and Van Klaveren’s own experiences left him with a profound sense of gratitude and a burning desire to know why he had been spared — to know what plan God had for his life. He became watchful for clues, he said.

The answer came to him while he was working security again for the church and listening to a sermon. By then, he’d made a full recovery and was also back to work for the sheriff’s office.

“I’m sitting there in worship and I’m thinking, where is he (the preacher) going with this?” Van Klaveren said. “And then he says, ‘A clay pot is a wonderful thing; they come in different sizes and shapes, and you can decorate them differently, and they hold all kinds of goodness inside. But just handling a clay pot in everyday fashion can sometimes cause it to crack, and then all the goodness pours out.’ And then I thought, God cracked my head so that any goodness — whatever goodness there is, I got to let it out. So that was my clue, and I am purposefully trying to be kind.”

This kindness is particularly important for him to share at his job working security and bailiff duties at the courthouse, because a lot of the people he comes into contact with are defendants in criminal court cases and their friends and relatives. Giving a smile or some kind words to someone in that context can make a huge difference for them, he said.

“I remember asking the Lord, ‘I really want to go back to work,’ and I was praying that God would bless me with a doctor and the doctor would say I’m doing good,” Van Klaveren said. “‘Lord, there’s a lot of good I can do at the courthouse, I can be a good witness, and I can help people with what they’ve been going through without just being somebody who doesn’t care.’”

Van Klaveren, who went back to work a couple of weeks ago, feels that he’s more compassionate since his stroke and more in tune with the plight of people at the courthouse.

“I’m eating lunch at Mamacitas with my daughter and this guy comes up and says, ‘What happened to you?’” Van Klaveren said. “And I told him, and he goes, ‘My family and I are praying for you.’ I’ve arrested him three times. And I told my daughter, this is what happens when you treat people with respect.”

One thought Van Klaveren shares with defendants at the courthouse is, “Don’t let this define you. Just because you are in trouble doesn’t mean you are a troublemaker.”

For Van Klaveren, prayer is like spinach for Popeye the Sailorman. He’s even thinking of getting a shirt that says, “Thanks for the spinach,” which might cause people to ask him what that means.

“So then I get to tell them that prayer works, and thank you for the prayers,” Van Klaveren said. “I can spend the rest of my life and still not thank you enough.”