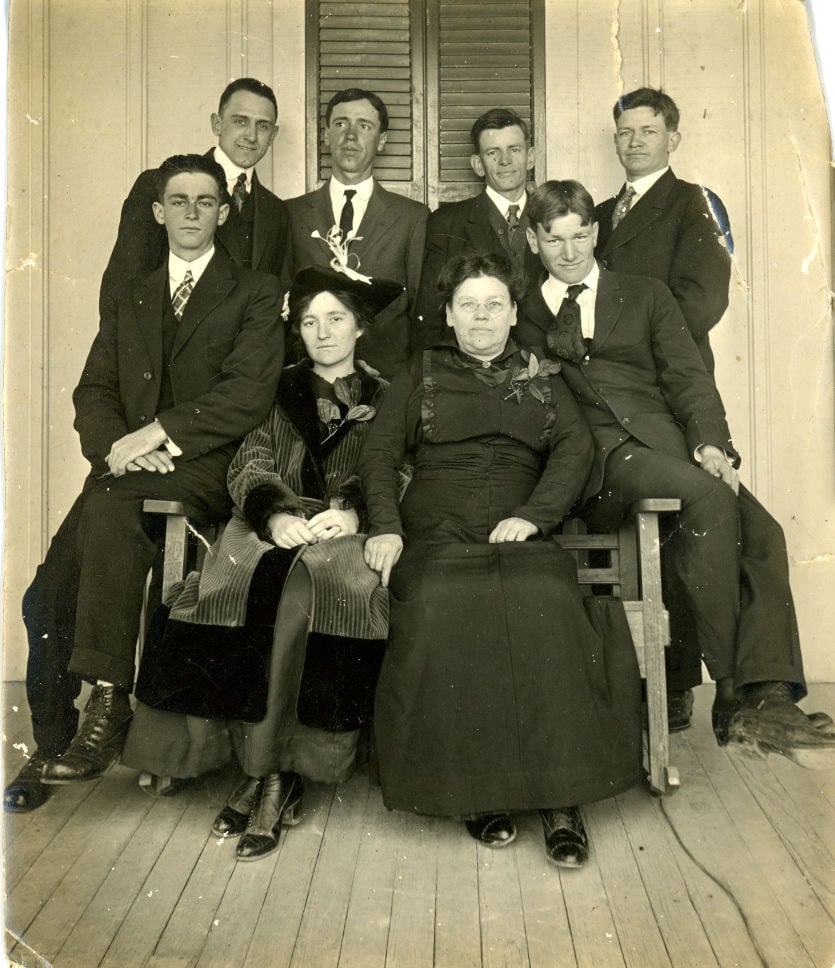 Taken on front porch of Butt's home on Main Street in downtown Kerrville around 1915. From the collection of Joe Herring Jr., Kerrville 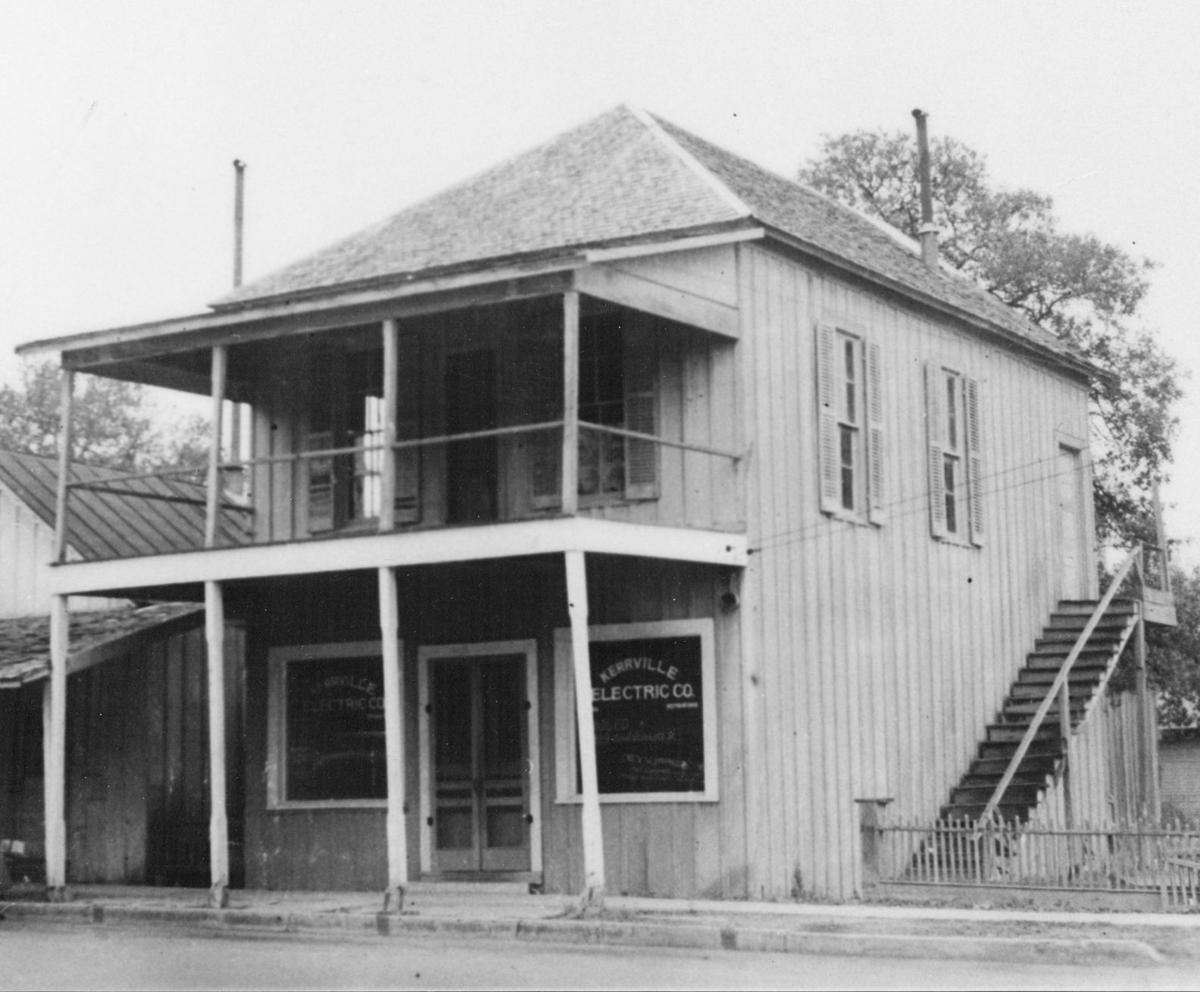 The building that housed the first store opened by Florence Butt. The family lived above, and the store had the bottom 760 square feet for commercial space. 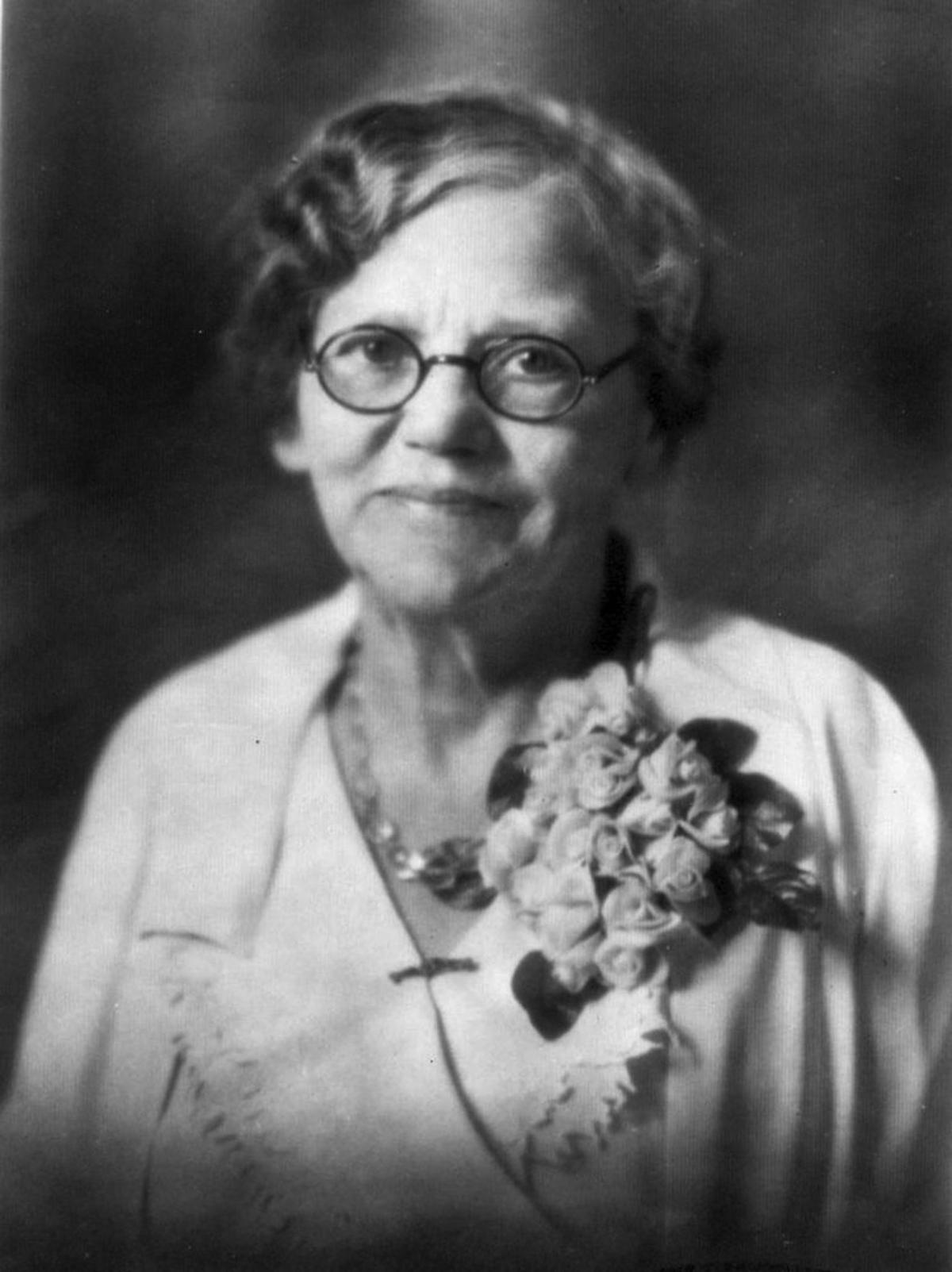 Florence Butt, later in life. This portrait hung in many HEB stores in the 1950s/ 1960s. From the collection of Joe Herring Jr., Kerrville 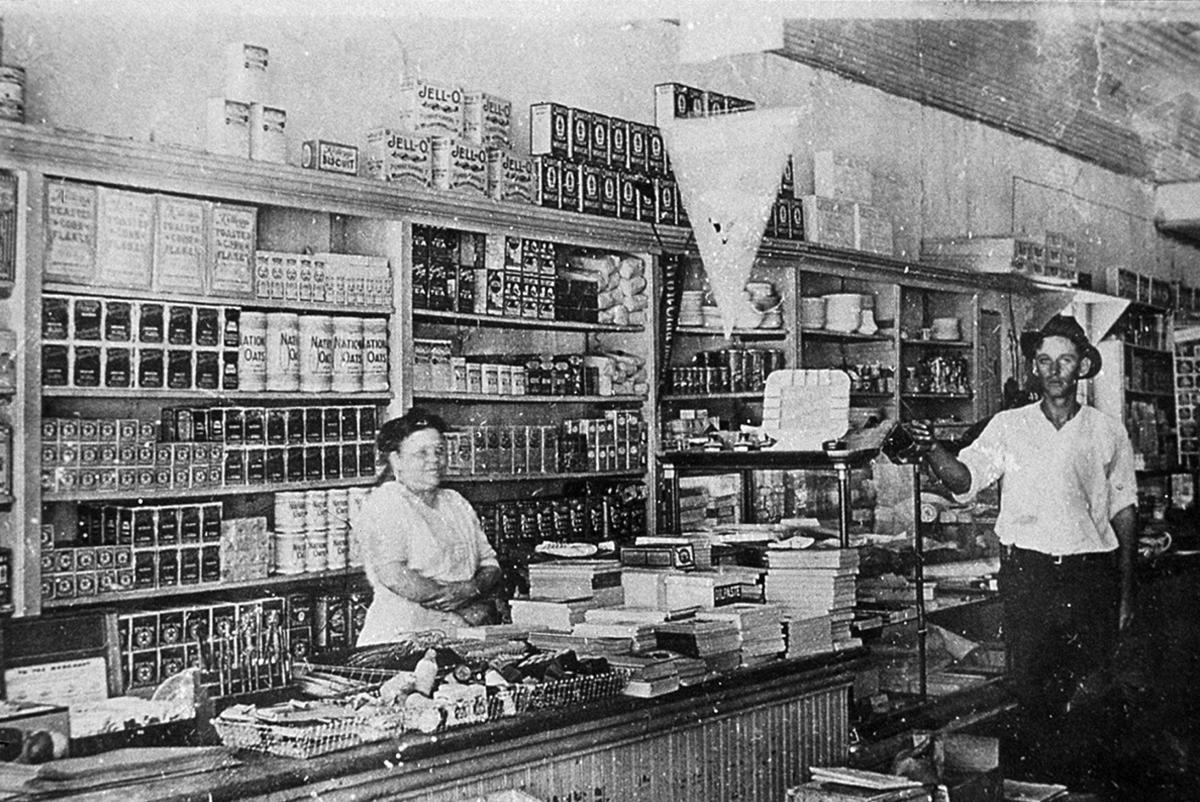 Taken on front porch of Butt's home on Main Street in downtown Kerrville around 1915. From the collection of Joe Herring Jr., Kerrville

The building that housed the first store opened by Florence Butt. The family lived above, and the store had the bottom 760 square feet for commercial space.

Florence Butt, later in life. This portrait hung in many HEB stores in the 1950s/ 1960s. From the collection of Joe Herring Jr., Kerrville

I had a telephone call a few weeks ago from a kind person at H-E-B corporate offices, inviting me to a groundbreaking ceremony here for the new Kerrville store on March 6.

I was flattered, but confused.

“Are you in San Antonio?” I teased. “The ground for the store here has been broken for quite a while.”

At the time, a large hole had been dug, roughly where Hays Street once was, while a small mountain of dirt had grown on a portion of the store’s parking lot. Large equipment was working, rain or shine, and the project looked well underway.

Like many here, I am a loyal customer of H-E-B, in part because of the people who work at our local store. There’s another reason, though: H-E-B has been loyal to Kerrville, too. Few companies have been as generous to Kerrville as has the little grocery store that started here in 1905.

It’s a loyalty that flows both ways.

Through this first part of construction, with the closing of a block of Hays Street, improvements to infrastructure on lower Hays, the demolition of the H-E-B gas station, making room for more parking, and the general chaos a large project like this engenders — through all of this, I’ve wondered several times what Florence Butt might make of the store building under construction.

Her first store was tiny, taking up the bottom floor of a 20 by 38 foot building, around 760 square feet of commercial space. The family lived upstairs, over the store.

Florence Butt’s husband, Charles C. Butt, was ill with tuberculosis. The rent on that building was $9 per month, and I’m sure even that rent was a stretch for the Butt family’s budget.

From what I’ve read in this newspaper, the new store building will be 106,000 square feet in size, or almost 140 times larger than Florence Butt’s first store. It’s possible almost every commercial establishment in Kerrville in 1905 — every saddle shop, confectionary, bank and clothing store — might fit inside the new store building currently under construction.

The size of the building alone would boggle anyone from 1905 Kerrville.

And then there are all of the choices within the new store building. While Florence Butt was proud of her little store’s inventory, calling her store “Mrs. F.T. Butt, Staples & Fancy Groceries,” customers had few choices. There was probably only one brand of canned green beans, for instance, and only a very few brands of coffee or flour. Fitting a great variety of each product in a 760-square-foot building would have been impossible.

Today, almost every item presents the shopper with options. Sometimes, too many options. This old shopper clogs up the aisles looking at the labels of cans, trying to find the exact item requested by Ms. Carolyn on her shopping list.

Lastly, I wonder what Florence Butt might think of the volume of business the new store will produce.

In 1936, Florence Butt wrote about her first store’s sales: “The first month we sold $56 worth. One day, not a penny’s worth was sold. Several days, only 5 and 10 cents worth of merchandise was sold. But the responsibility was there, and it had to make good. You can see the stock $60 would place on your shelves, but I had such good friends to advise and help me out.”

I cannot imagine the volume of business the entire chain of H-E-B stores must do on a monthly basis; I have no idea what the local H-E-B stores produce. However, I can safely bet it’s a little more than the $56 sold that very first month, in November 1905.

There are two parts of Florence Butt’s story that have been forgotten or overlooked. She opened her store because her family was in dire financial straits. Her husband could not work; he was too ill. They had three young sons at home. A few years after her store opened, her husband died. Not too long after this, her eldest son also died, also from tuberculosis. She suffered losses that few remember today.

The second part of Florence Butt’s story that has been overlooked is her faith. She was a woman of faith, and she acted on her faith with generosity and charity.

In her 1936 article, she wrote: “In preparing the little grocery store, a small Bible was found on a shelf. A good omen, it was kept there. So, on the morning of November 26, 1905, the store opened. Before the front door was opened, the little Bible was read. Then a prayer for the Great Father and Giver of all things to be the Partner to lead and guide: then the front door was opened.”

I’m sure, if Florence Butt could attend the opening of the new store here in a few months, that part of the story would be exactly the same. The little Bible would be read, a prayer would be whispered, and the front door would be opened.